The last three kilometres of Col du Glandon are steep and beautiful. This is where I’ll be watching stage 11:

Stage 11 of the 2012 Tour de France is the one big Alps stage this year. With two of the hardest climbs in the Tour – Madeleine and Glandon/Croix de Fer as well as an 18 km final climb to La Toussuire — this will be fun.

Let’s take a look at the main climbs:

There are a few easy stretches and plenty of steep kilometres climbing the north side of Col de la Madeleine. But don’t believe the sign at the top (small photo @ left) or the Tour organizers, Madeleine’s summit is at 1993 metres not 2000 metres. Trivia: name another famous north French alps climb that “lies about its height.”

Impact on the Race: This is a difficult start to a difficult stage. The ascent is followed by a tricky 40+ hairpin descent and then almost immediately by Col du Glandon. Once they start Madeleine it is pretty much either up or down for the next 134 kilometres. Expect the grupetto to form here.

Until the mid-18th century, Madeleine was called “Colombe (Dove)” until a chapel was built dedicated to Saint Madeleine. Separated for far more than half the year, locals on each side of the pass meet each July for a festival at the summit.

The last time the Tour climbed this side of Madeleine in 2010, Andy was battling Alberto, Fabian from Saxo was saying hi, and David was needing a helping hand, (small pics below). A short video enjoying the 2010 stage up Madeleine: video.

Meanwhile Cadel was about to lose the yellow jersey after bravely battling on with an injured arm. 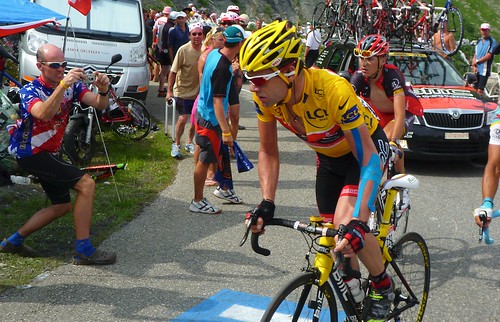 Details of the south side of Madeleine here and details of the extra fun 3rd way up via Col du Chaussy click here.

The last visit here in 2006, Floyd Landis was in yellow. He would struggle up Glandon and then fall apart climbing La Toussuire. Michael Rasmussen would win the stage on his way to winning the polka dot jersey (photo below: Rasmussen approaching). Oscar Pereiro would ultimately “win” the 2006 Tour when Landis was disqualified. Oh the good old days.

Impact on the Race: Probably huge. Glandon follows the almost-as-tough Col de la Madeleine, and is just before the 18 km mountain top finish climb to La Toussuire. The Souvenir Henri Desgrange will be awarded to the first rider over Col de la Croix de Fer as the highest climb in the Alps.

Croix de Fer means cross of iron — and there is in fact an iron cross at the summit. 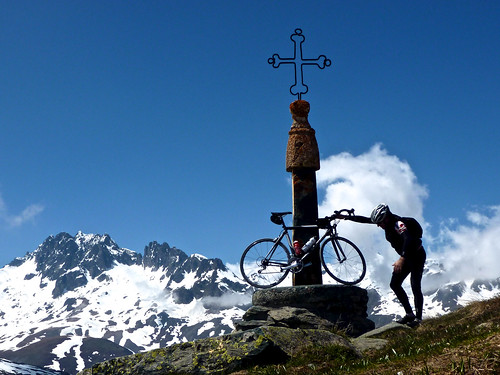 After Croix de Fer the riders will climb to Col du Mollard. It’s not the 5.7km climb that is interesting here, but the descent. It must be the most technical in the entire Tour with hairpin, after hairpin – often only a couple of hundred metres apart.

After surviving the Mollard hairpins, it’s 18 more uphill kilometres to the finish at La Toussuire: The biggest mountain finish of the Tour. It’s not the steepest climb to the ski station of La Toussuire – but it’s long and follows a day almost without flat stretches and two of the three toughest climbs in the entire three week race.

The open, south facing slopes can be hot. Landis suffered la fringale (bonk) on these slopes – before his miracle comeback day back in 2006 – perhaps as much due to the suffering from Glandon as the difficulty here. 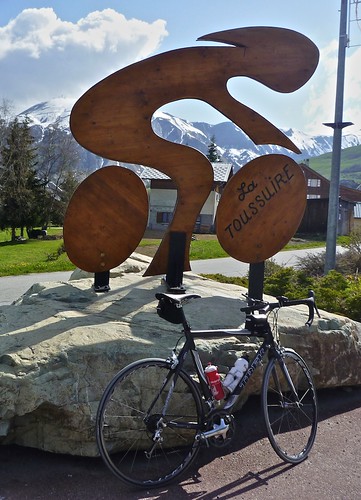 If you’re watching on TV, I’ll be the idiot waving a Jerôme Coppel flag near the top of Col du Glandon. 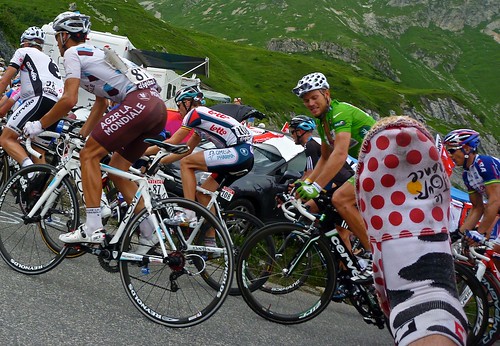