Val Thorens is the highest ski resort in Europe at just over 2300 metres. It’s a fabulous 38 kilometre road bike climb – details here. But from the resort it’s possible to go much higher on unpaved ski-lift service roads. The goal today was to get as high as possible.

I wrestled with where to start. I didn’t want to cycle the entire 38 kilometre paved road on a mountain bike before starting the real fun. But I also didn’t want to totally “cheat” by starting at Val Thorens. 🙂 So I compromised: starting in Les Menuires 10 kilometres below Val Thorens (roughly 1750 metres).

This was the 5th time I’ve passed 3000 metres on a bike. See here for the other rides.

It was a beautiful day, but from Les Menuires I could see some fresh snow up high and hoped the “road” wouldn’t be too slippery. 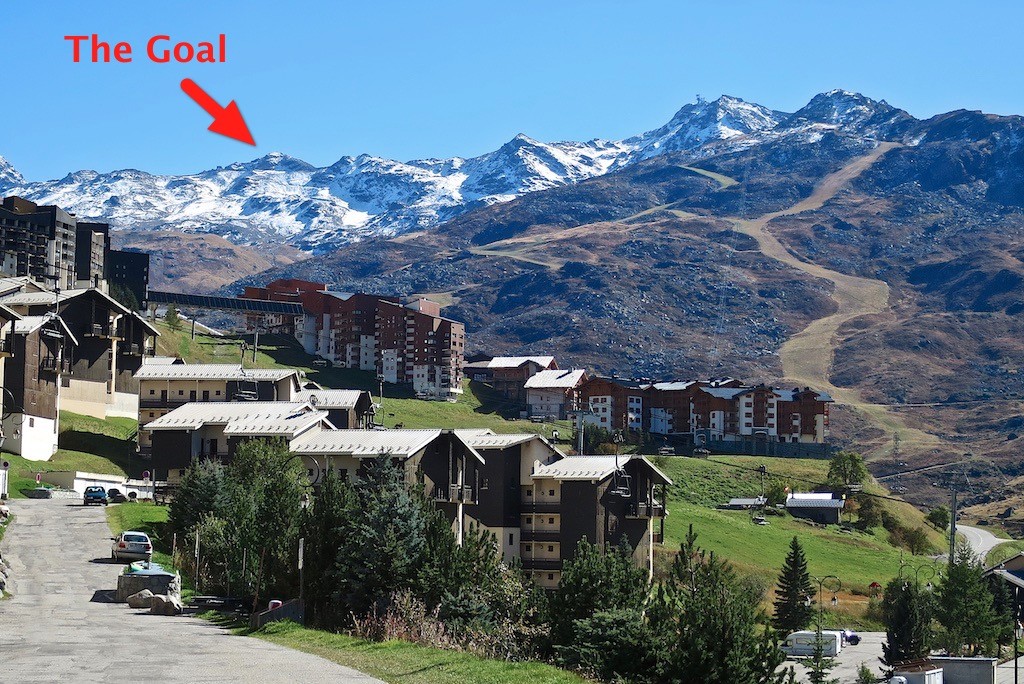 I enjoyed the 10 paved kilometres but was excited passing through Val Thorens to start the real adventure. While there are a few very steep stretches, pretty much the entire ride is cycle-able – although I occasionally pushed over snow and particularly slippery wet stretches.

Approaching 2500 metres I passed an artificial lake (I assume used for snow making):

Soon I reached the new snow. There wasn’t much, and the road was generally clear, but the white added to the beauty of the day. 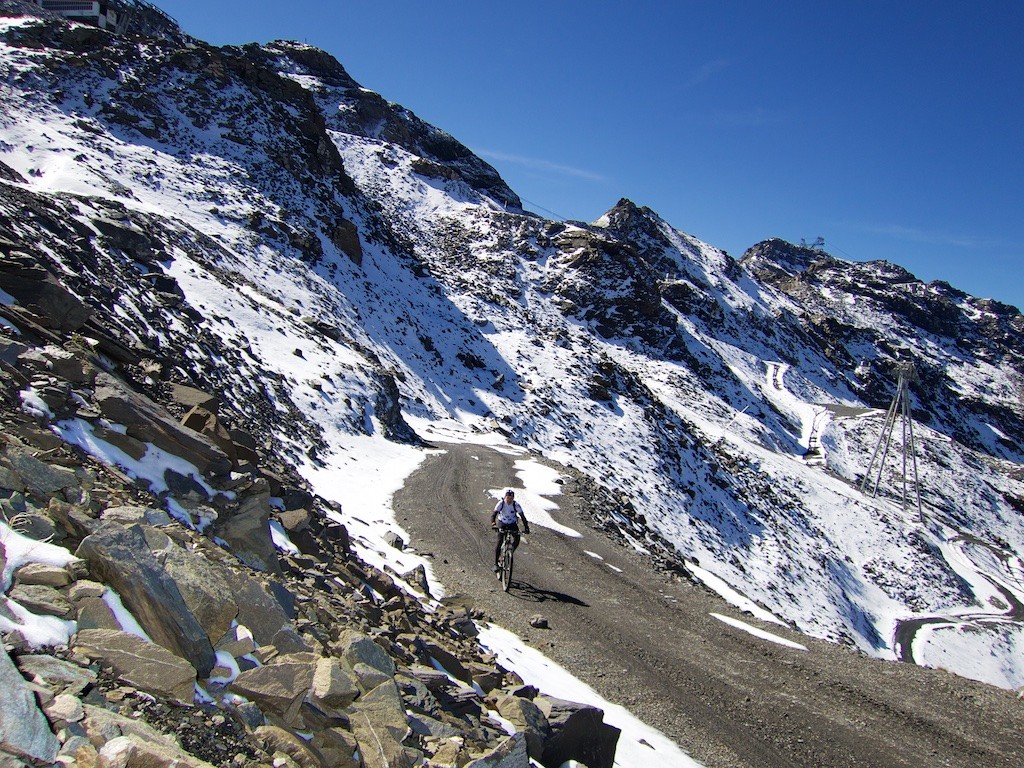 The road passes Col de la Montée du Fond (2974 metres) as it approaches the top of the Cable Car station at 3003 metres.

Just behind the station a road links to Col de Rosael (2977 metres) and a ski-lift that services the far side of the mountain (Orelle). A few years ago, I cycled this far side – the first time I ever reached 3000 metres. It’s a beast of a climb – more than 2000 metres ascent. Details here.

View of other side from Col de Rosael: 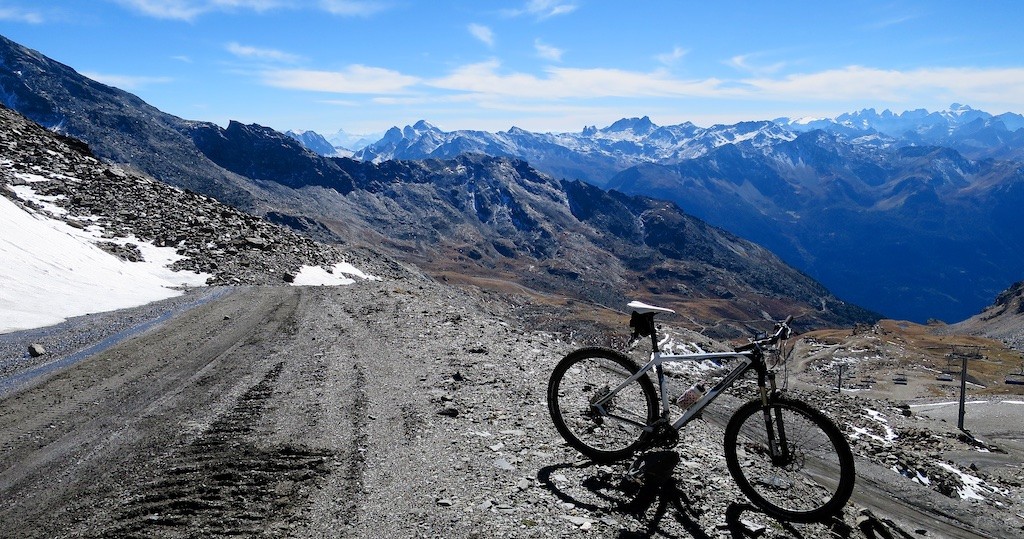 I had initially mapped a route to Cime de Caron the top of an ever higher cable car near 3200m. See map where I briefly deviated. But I turned back as the “road” looked too icy and steep. I think it would be far more of a hike than a ride. But I’ll likely explore next year

It was perhaps one or two degrees celsius at the summit, but there was no wind and the sun kept me warm. I descended briefly on a different trail/ski piste. A bit too steep, but it luckily soon linked back to the route I climbed.

What a great ride. I was super pleased the plan had worked. I was worried that this was too late in the season, but waiting for a perfect day, and a little snow added to the fun. And the road was a little less steep than I feared. Perfect.

Too much fun. Cycling to the top of an Alp. Rideable, beautiful, and slightly crazy.