I’ve often argued that Col des Glières is one of the more interesting climbs never to appear in the Tour de France. It has two challenging and beautiful paved ways up – from the east and the west.

Today’s loop is another option, but via an unpaved farm road that actually goes much higher – up to the Chalets des Auges – overlooking the Plateau on the mountainous ridge above.

Plateau des Glières was an important site for the French resistance during World War 2. There are many statues, historical signs, graves sites, etc. including the Monument National à la Résistance at the summit.

I started down below in Entremont beside one of these monuments. 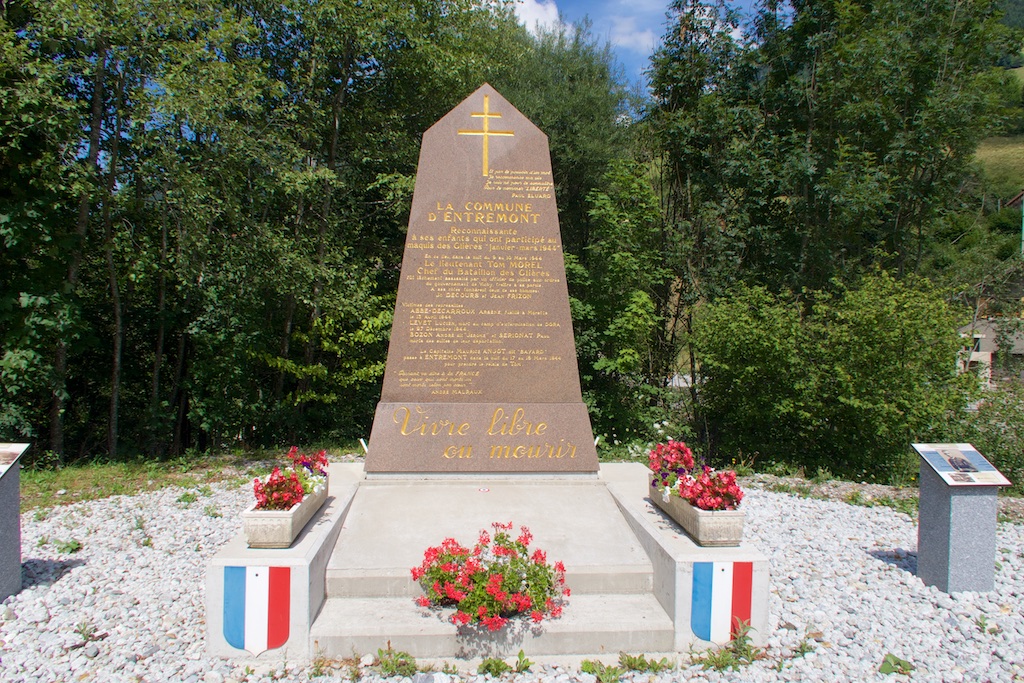 The road is only paved until roughly 950 metres. It then becomes more of a rocky road than gravel. At times steep, and quite slippery. It had been wet the evening before and I slipped a few times, but it is perfectly ride-able until the summit.

For another non-paved route up to Plateau des Glières – from the north side – see here.

Readers of this blog know I like cows, and this would be one of the most cow-filled rides of the year. 🙂 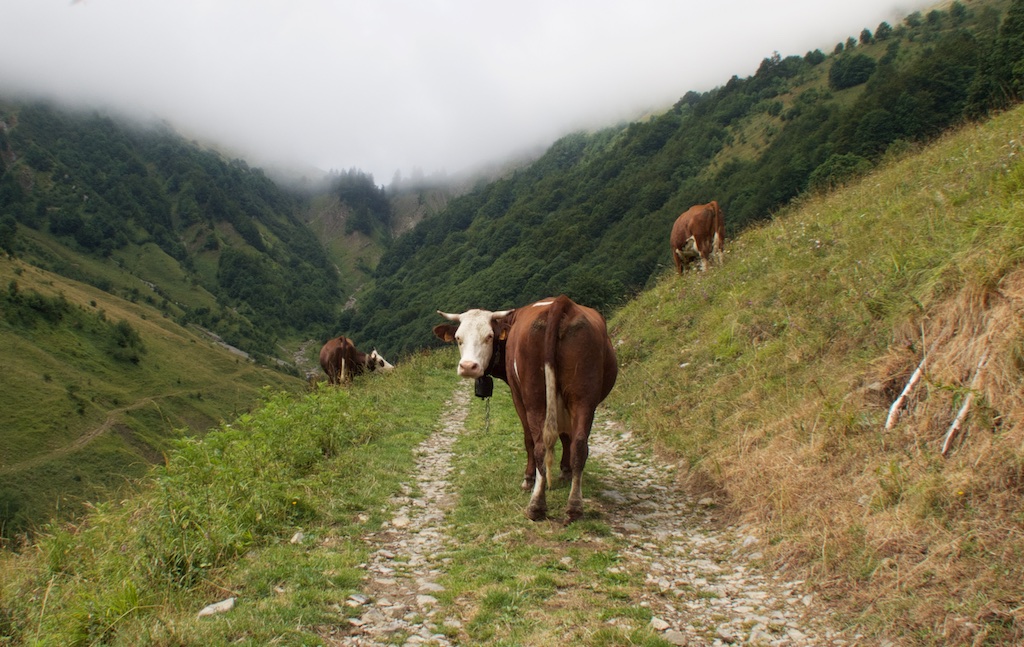 While the weather was good, unfortunately I was cycling up into a cloud 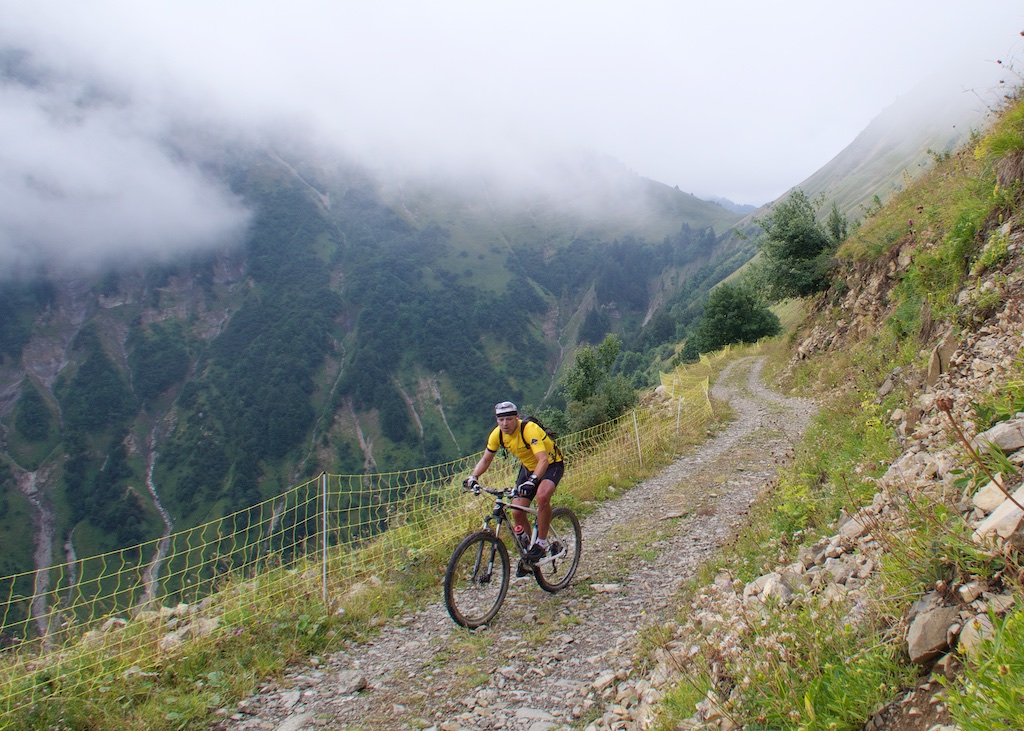 The road is very remote. Nearing 1500 metres there is a fork in the road. A hiking trail heads towards Col de la Buffaz (details from an old route here), but I stayed on the “road” which includes a fun cliff stretch. 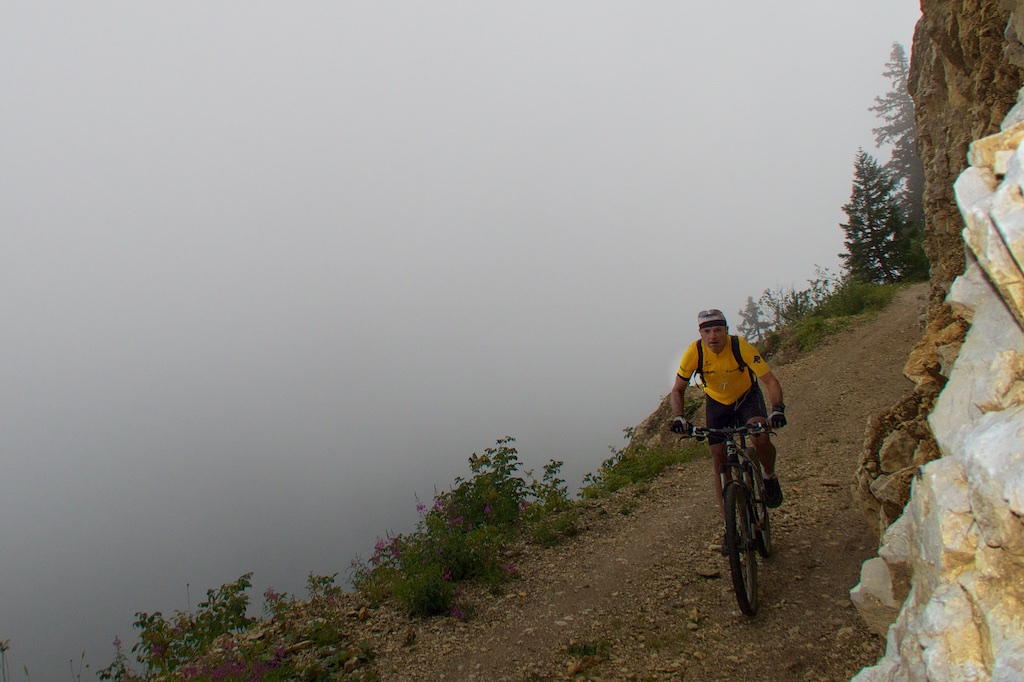 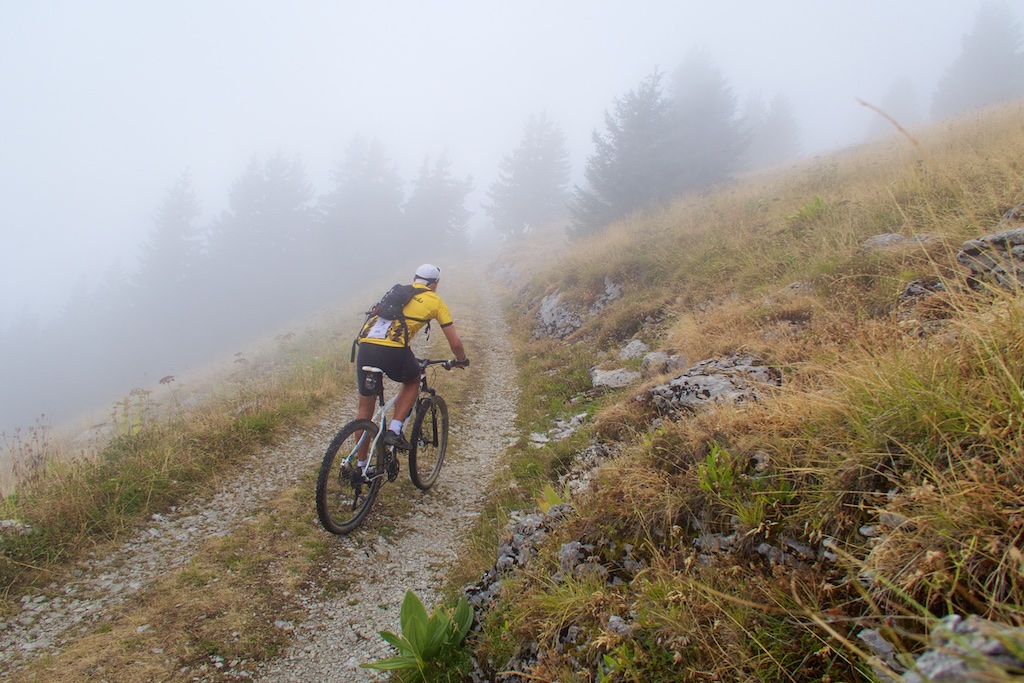 This is sort of a rocky plateau well above Plateau des Glières. The road ends but there is a well signed hiking trail that head across a field before beginning a slightly tricky descent.

I descended to Plan du Loup and left my bike there briefly and hiked up to Col de l’Ovine for nice views of Plateau des Glières below. 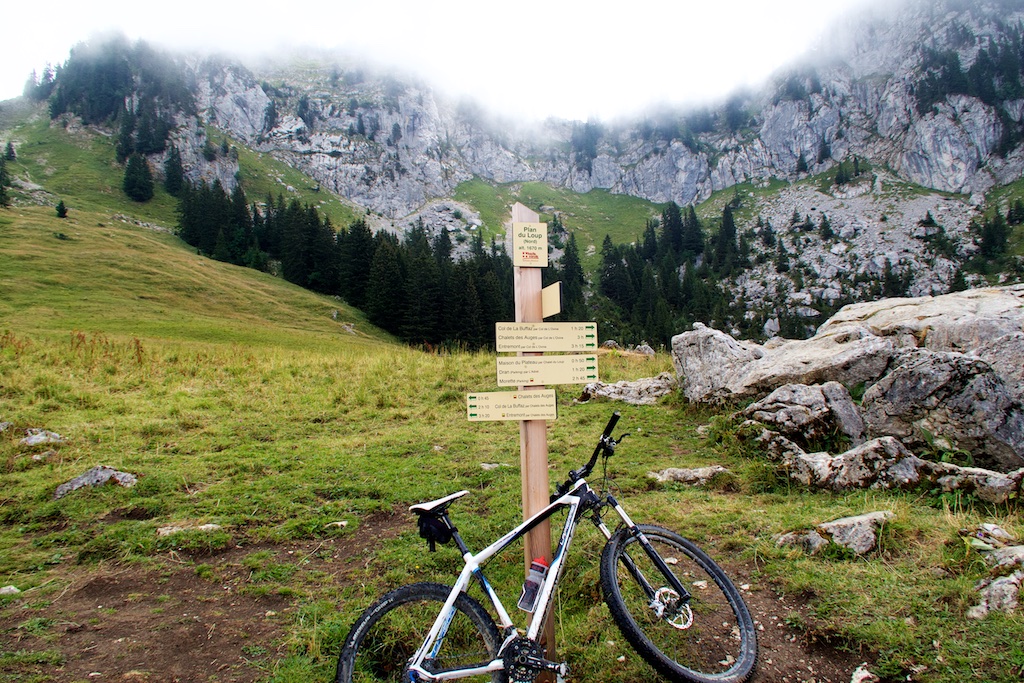 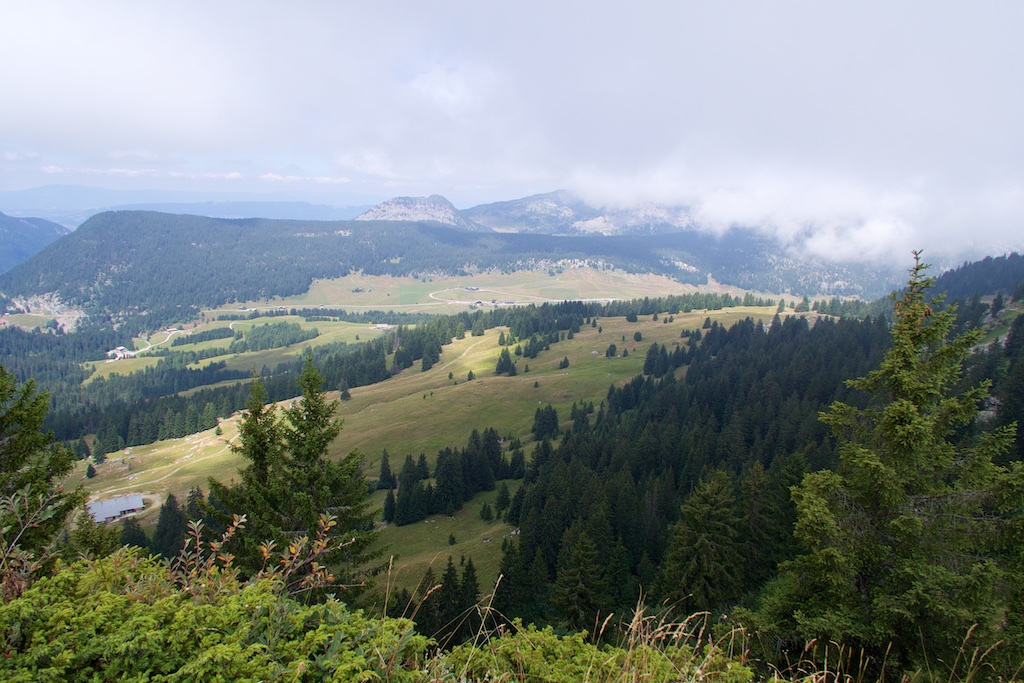 I then descended while wandering around the Plateau on nice farm roads before visiting Col des Glières itself. 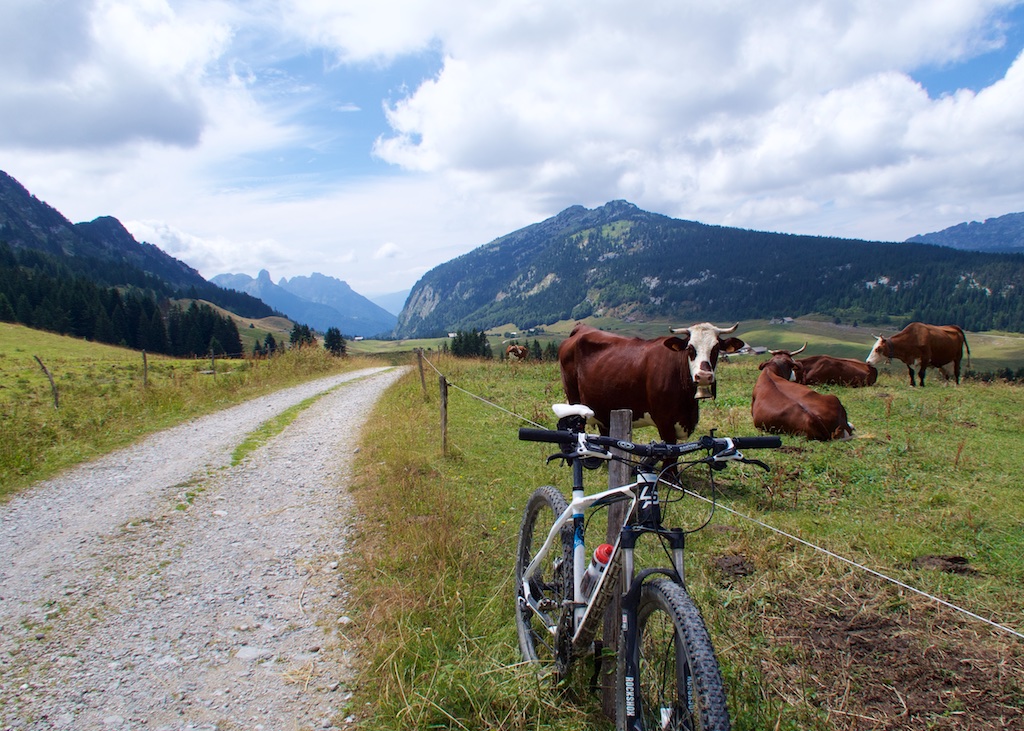 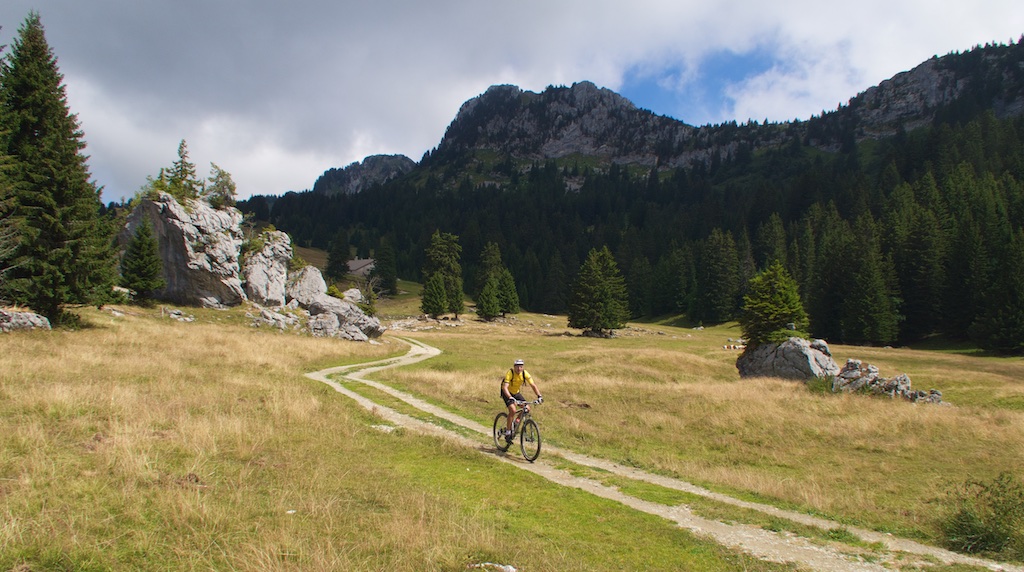 Just across from Col des Glières is the Monument National à la Résistance. Above in the photo below is the Montagne des Auges. My route had climbed from the back side and across the top then descended to here. 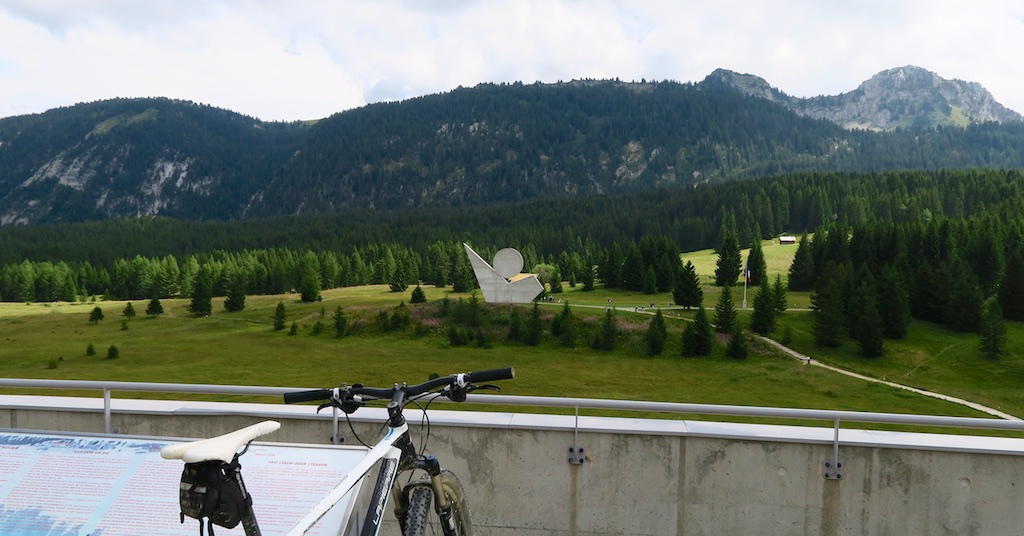 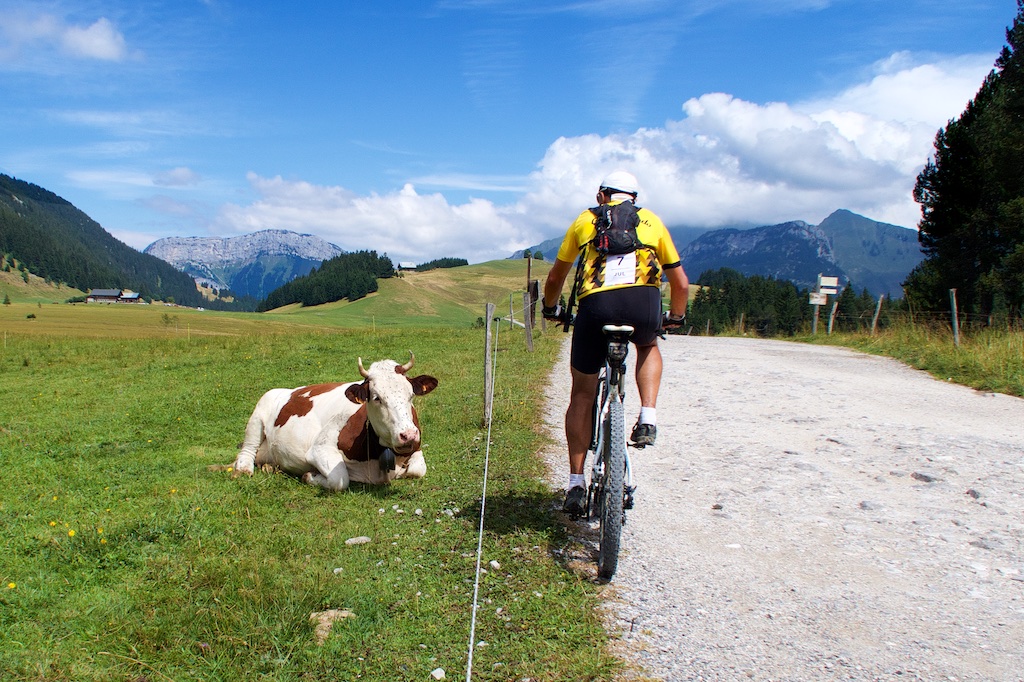 just below the Col

Finally I descended the super steep, truly fun east paved side back down to the valley below.

Not the longest ride, but this is a superb, remote, challenging alternative route to Plateau des Glières. Fun.