Trending
You are at:Home»Favorites»Cime de la Bonette at Dawn

Last August, my friend Tim and I cycled Grand Colombier to see the sunrise. It was one of the best rides of the year and we immediately began brainstorming another candidate for a sunrise ascent. Cime de la Bonette – the highest paved road in France – seemed an obvious candidate.

The route plan was simple. Cycle the entire south side starting from Saint-Étienne-de-Tinée.

We started early enough with the goal of arriving at the summit 15-30 minutes before the sunrise. 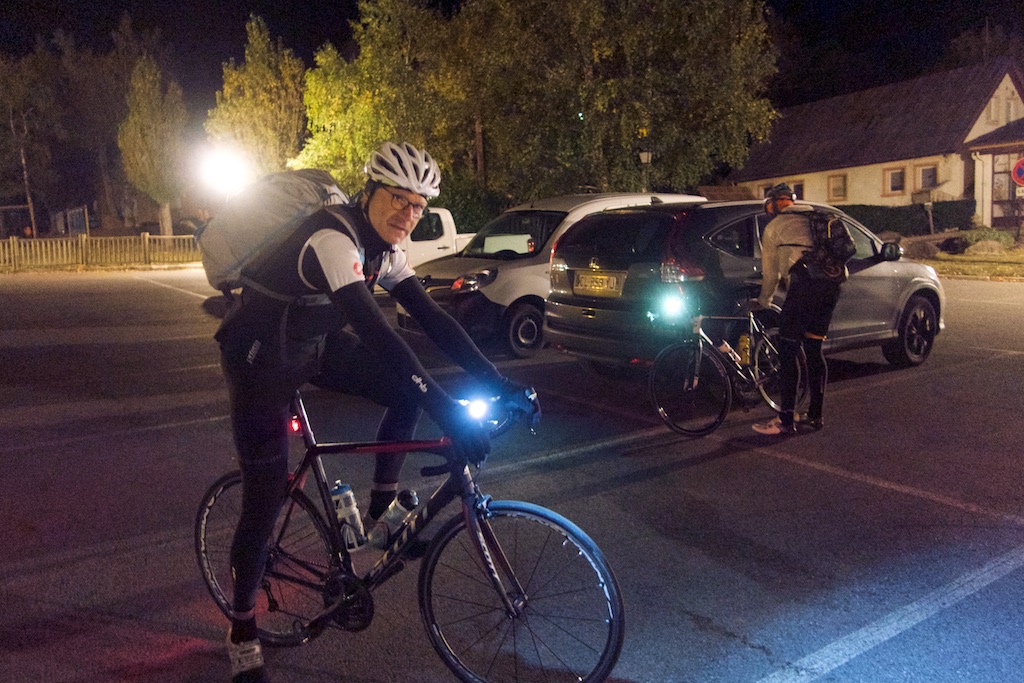 It was cold, but not freezing – it would be 0.5 Celsius at the summit. It had warmed up since two days previous when the cime loop at the summit had been briefly closed.

We had a slight head-wind but the sky was gloriously clear, filled with bright stars and a half moon. My only regret this ride would be not stopping to carefully take a quality sky photo in the complete dark. Below is a terrible photo: 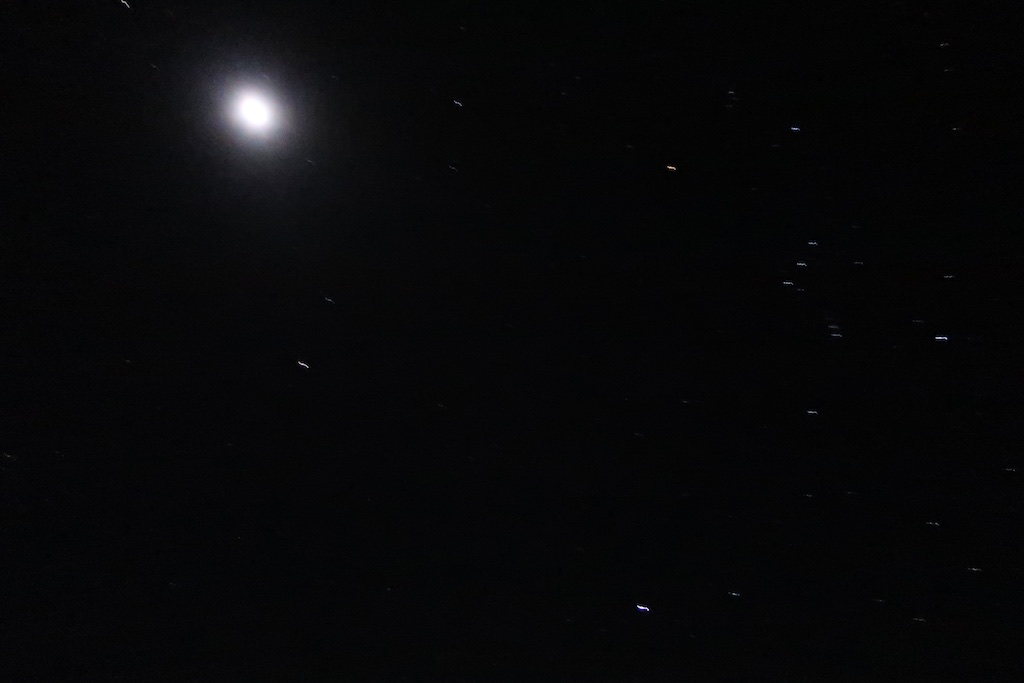 Moon and Orion with its distintive belt and Betelgeuse.

Perhaps 45 minutes or so before sunrise, the horizon started to become lighter. 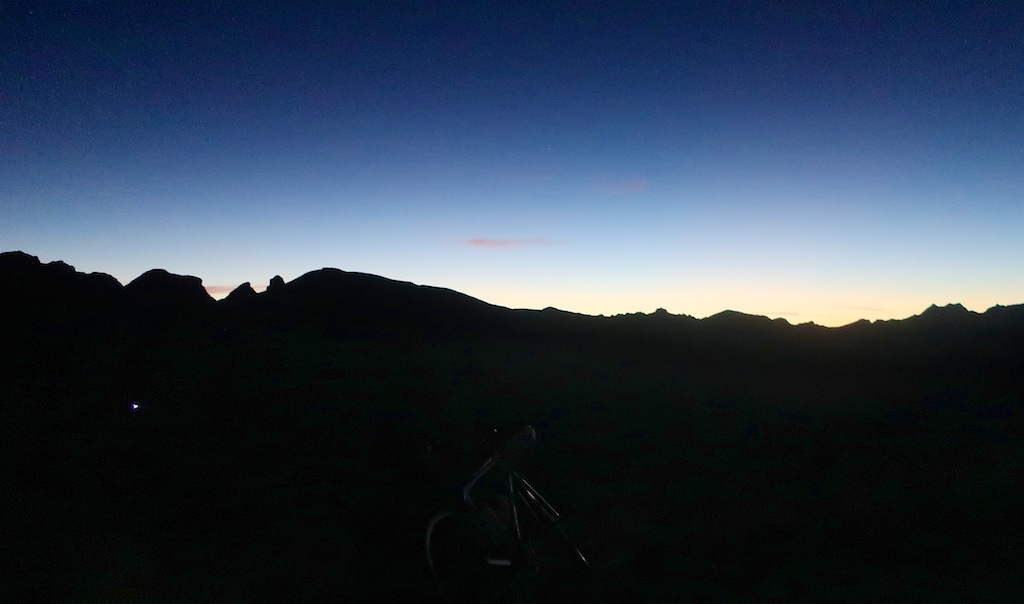 It was so peaceful. We saw zero cars going up. But we would hear some noise that I thought was chainsaws, but the guys swear was deer rutting. I would actually see four deer cross the road in front of me, including a male with a huge rack of horns. 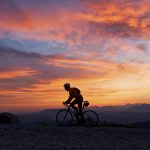 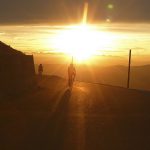 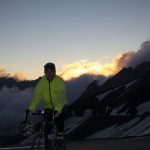 The road reaches Col de la Bonette (2715 metres) and descends the north side to Jausiers. But from Col de la Bonette a road loops around the round peak beside the col. This extension reaches a high-point of 2802 metres. It certainly seems this extra loop above the col was built solely to be higher than Col de l’Iseran (2764 metres) to become the highest paved road in France.

There are several other cols near the summit and some gravel riding options. See here for details of four different Bonette routes. 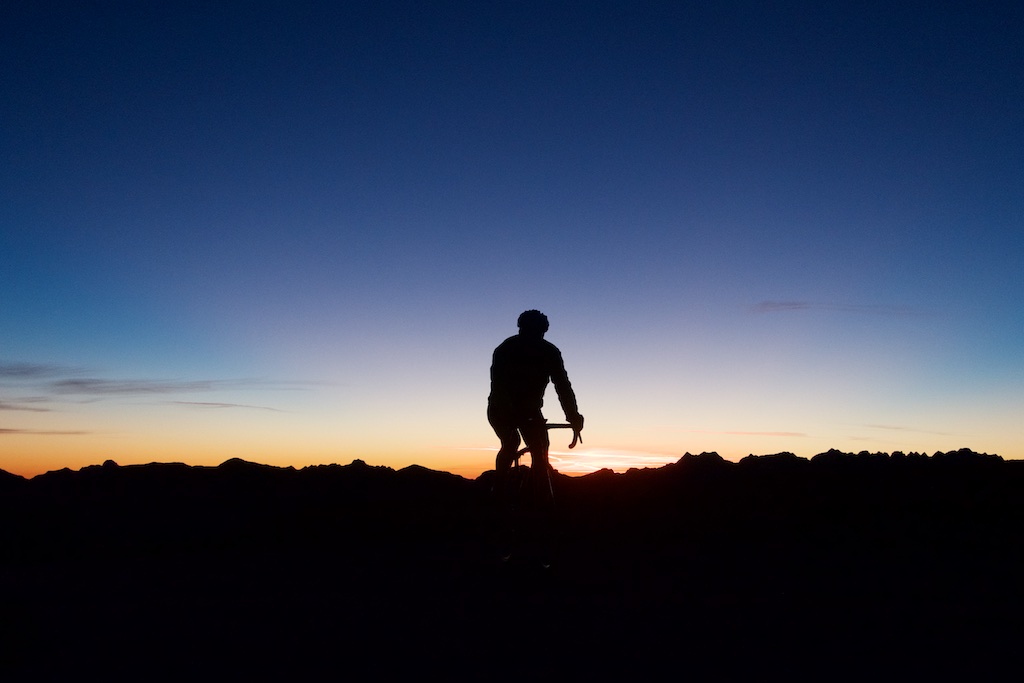 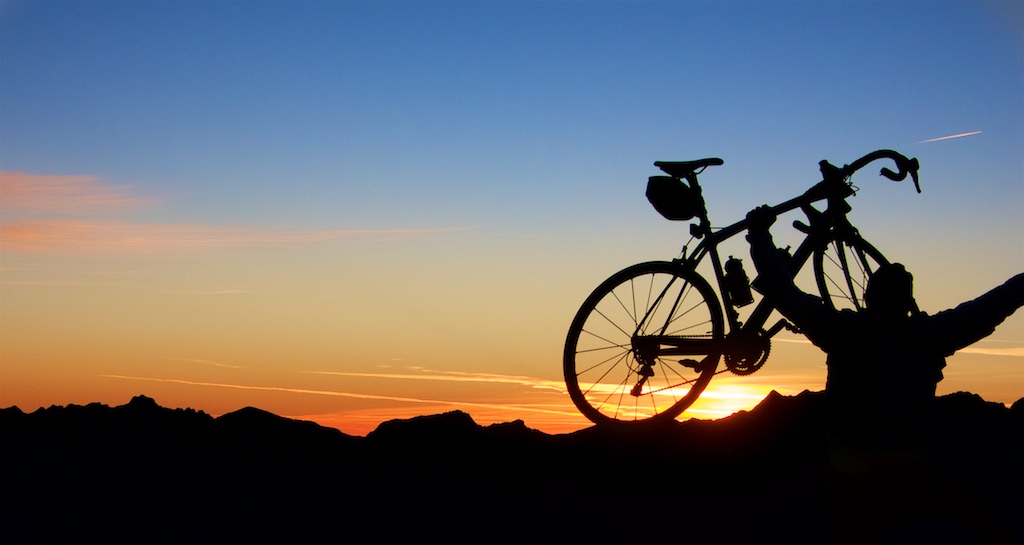 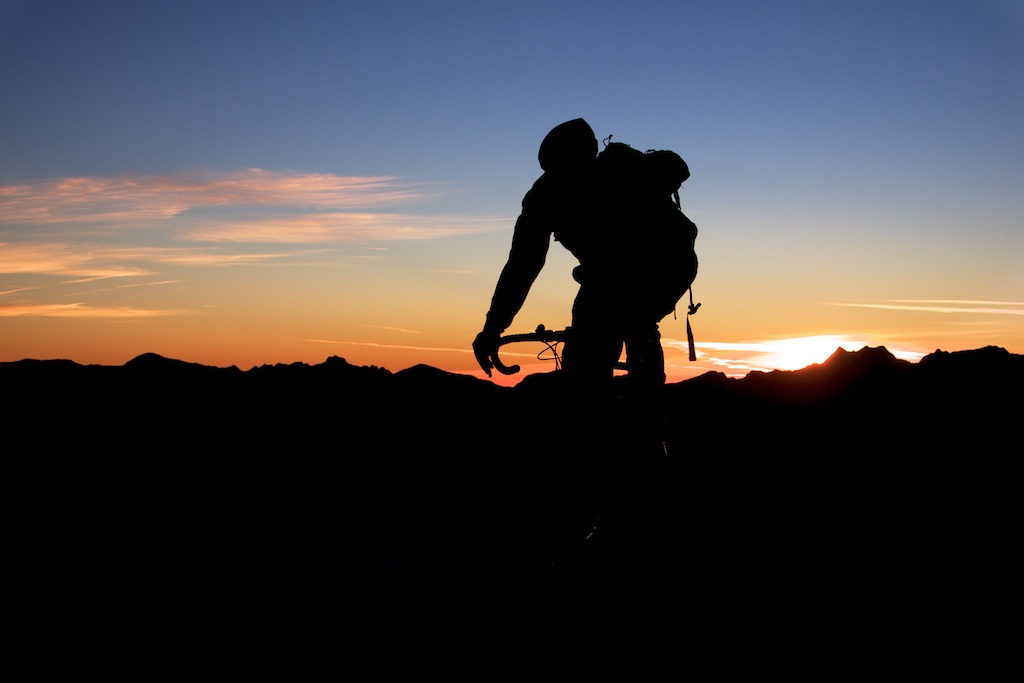 Success! We all reached the summit well before the sunrise. Celebration photo: 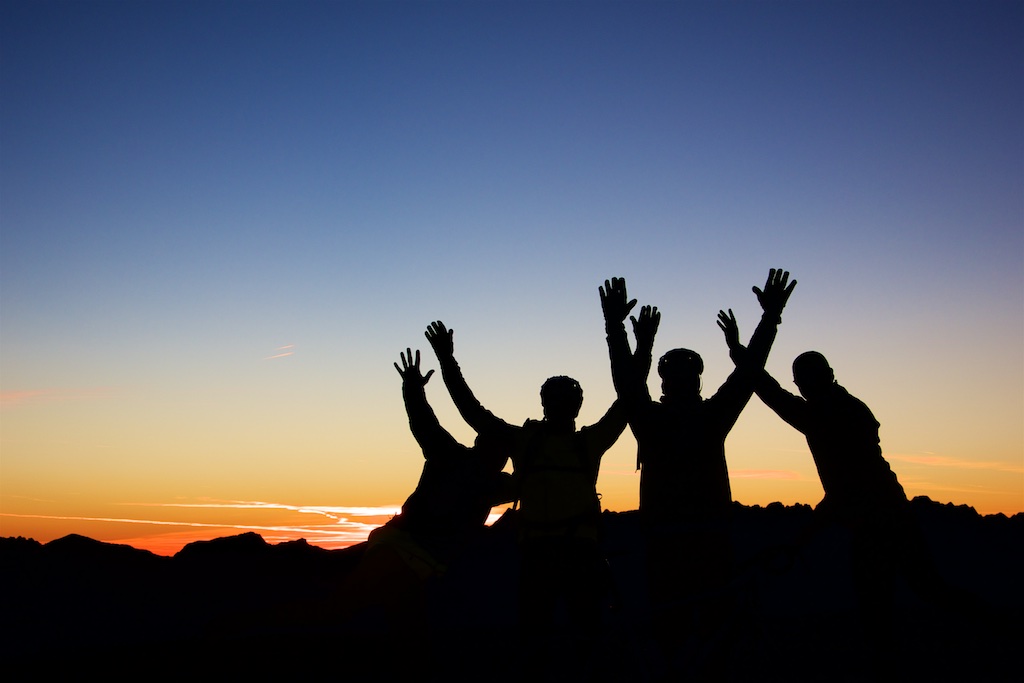 With the wind it was quite cold at the summit and we all started putting on extra clothes. Richard looked at me like I was crazy when I said I planned on staying up top an additional 10 minutes for some photos. 🙂 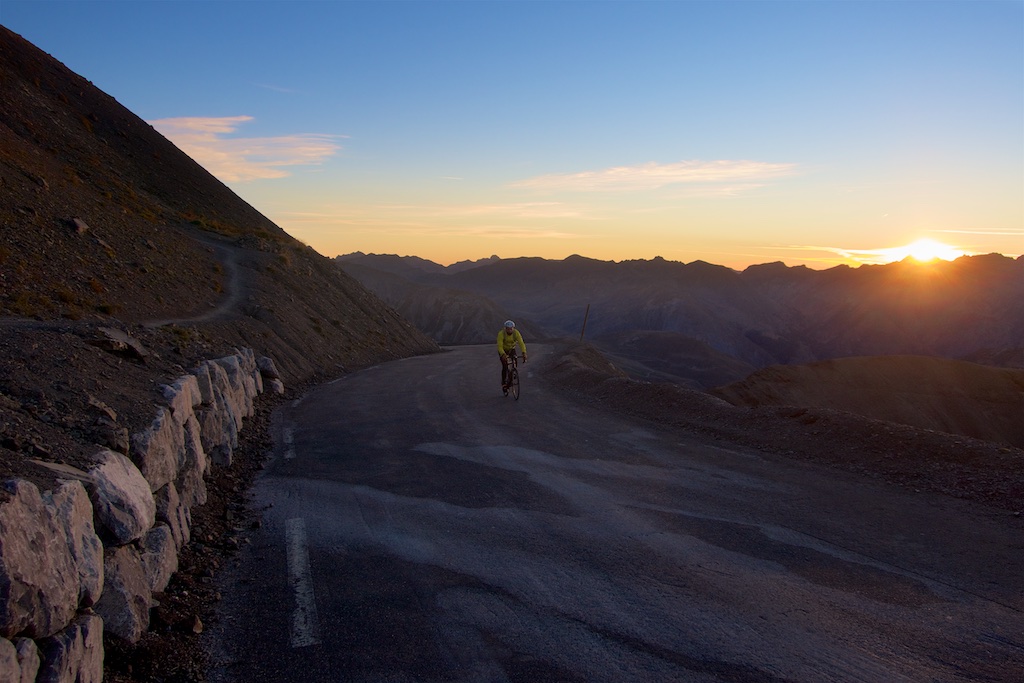 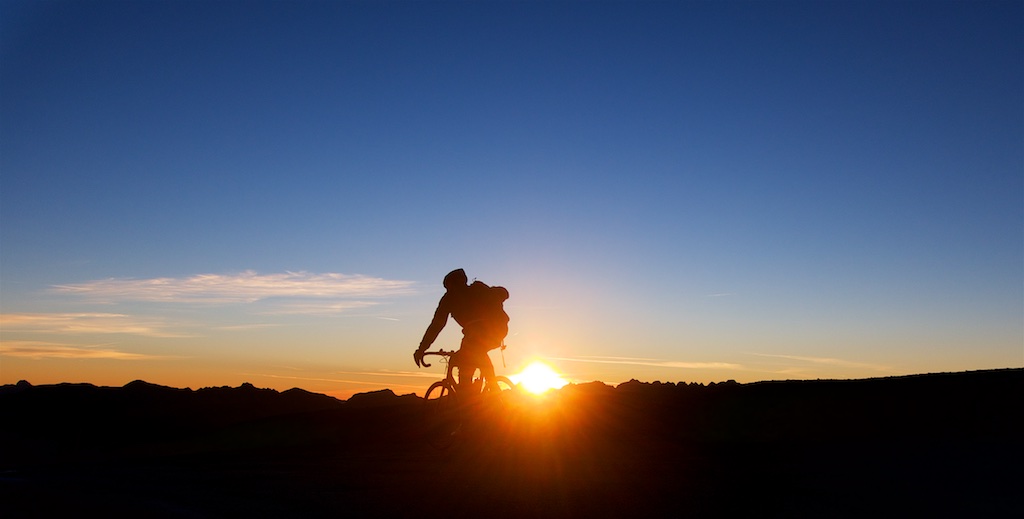 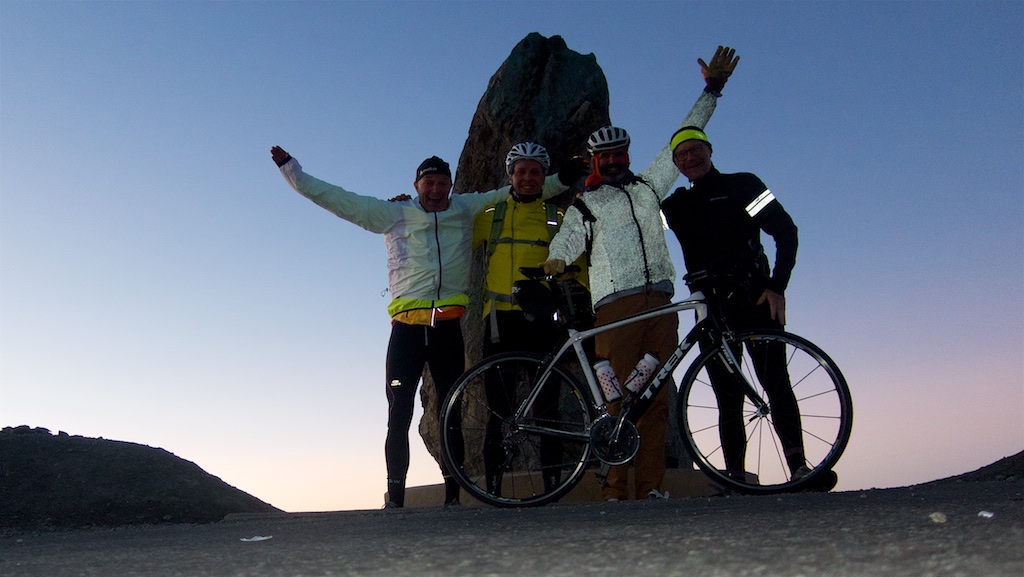 There is a stele at the exact highpoint of road.

I couldn’t rouse up any enthusiasm to hike higher to the top of the mound (2860 meres) so we began our descent by riding the other side of the loop down to the col. 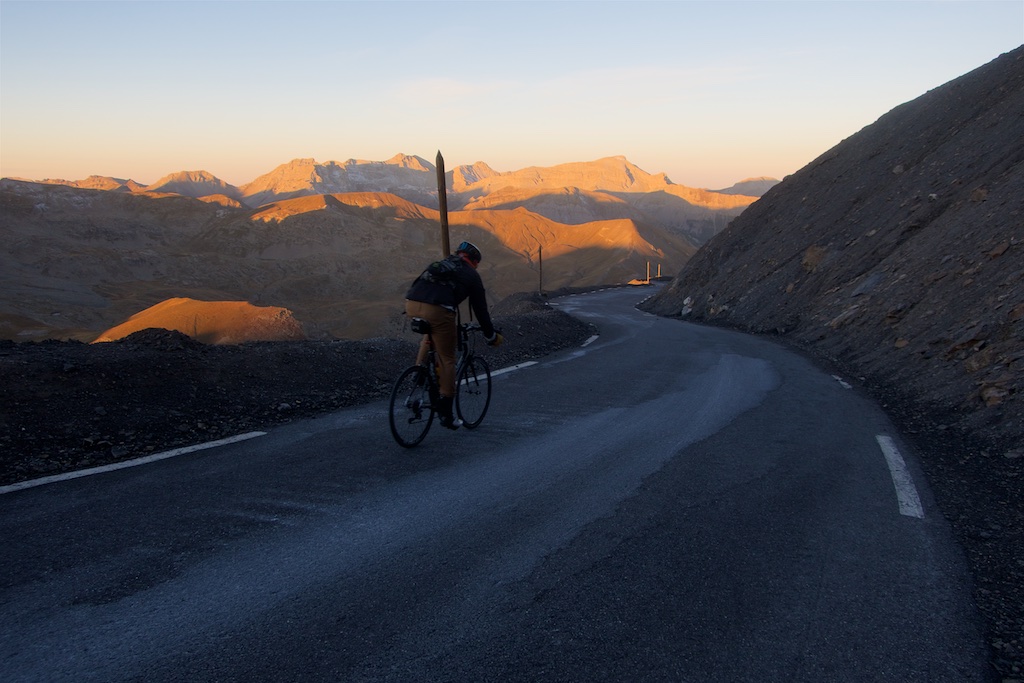 The descent was beautiful. And we got to actually see this amazing route. In the photo below you can clearly see the road that loops around the mound to go above Col de la Bonette (col is lower right). 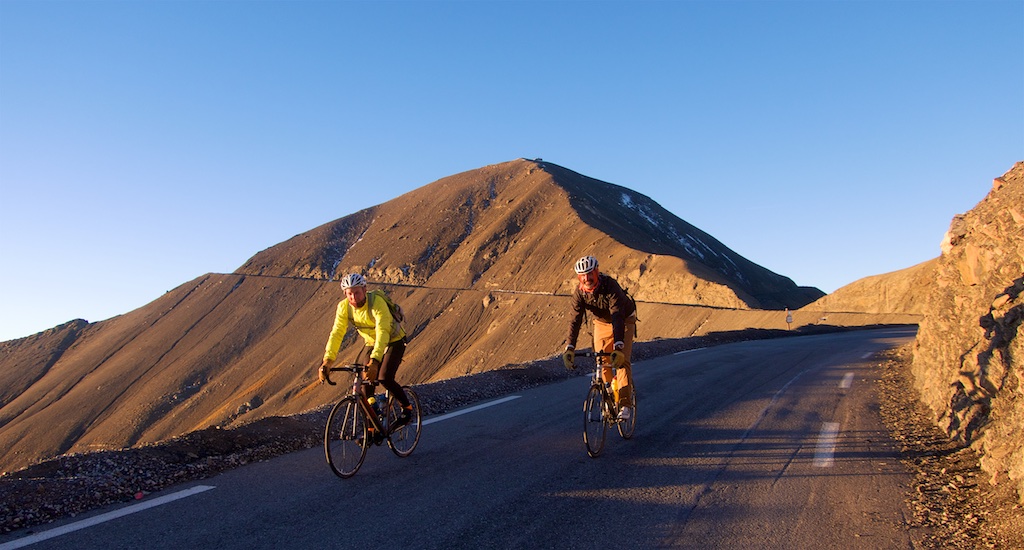 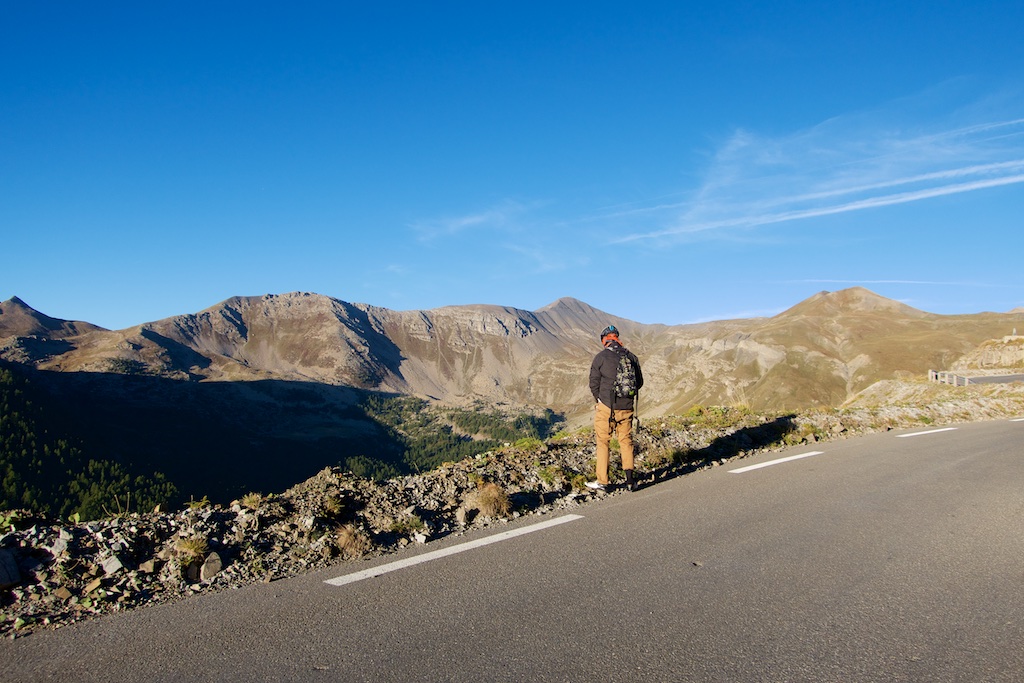 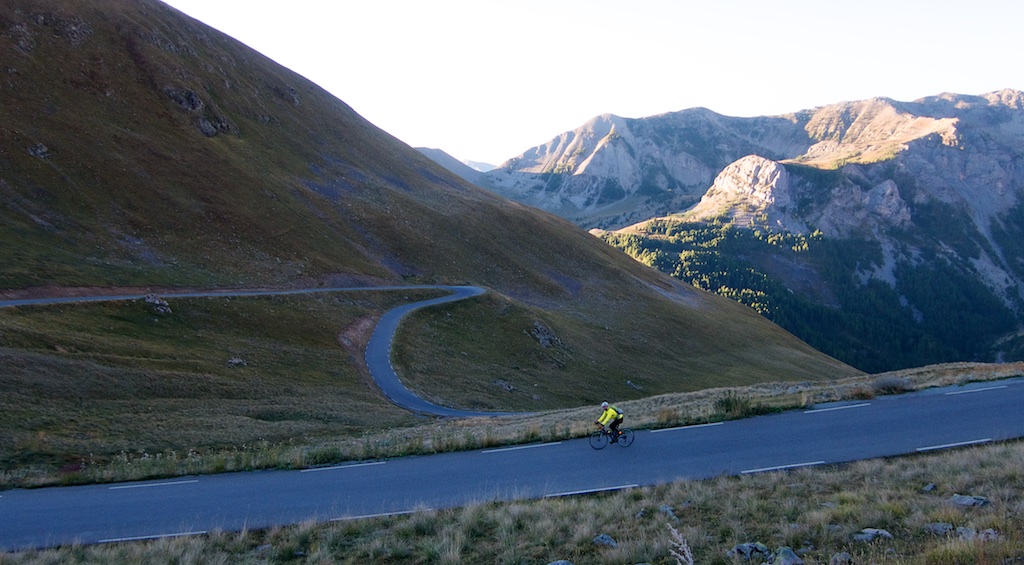 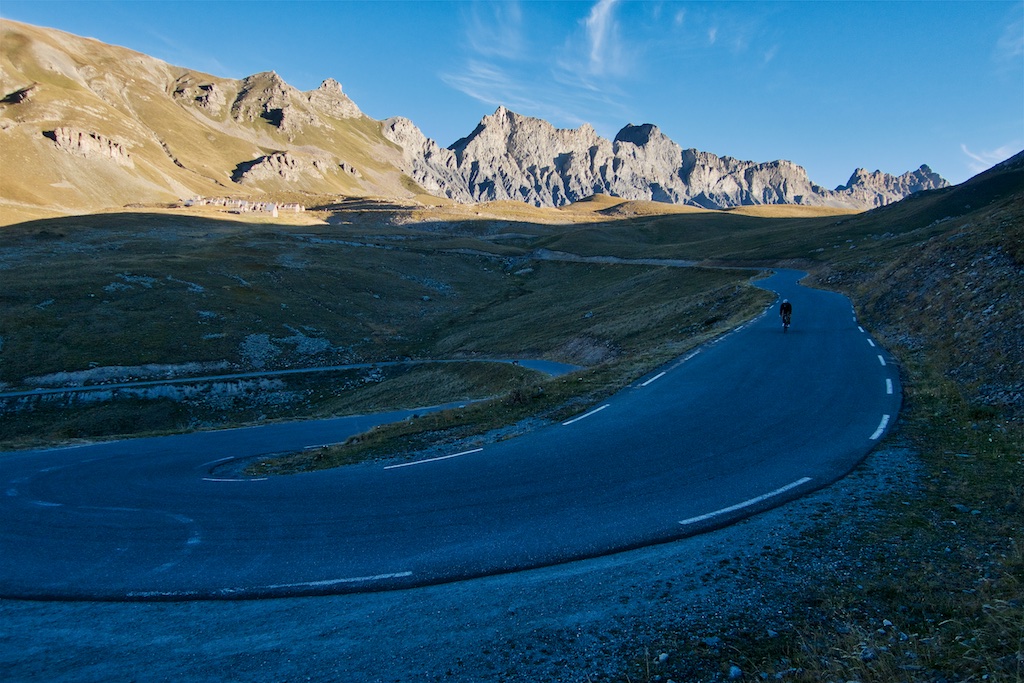 This was so much fun. Bucket list fun. Thanks to Tim for organising and to Alfie and Richard for the great company. Hmmmm, what’s the best summit for our next sunrise ride?