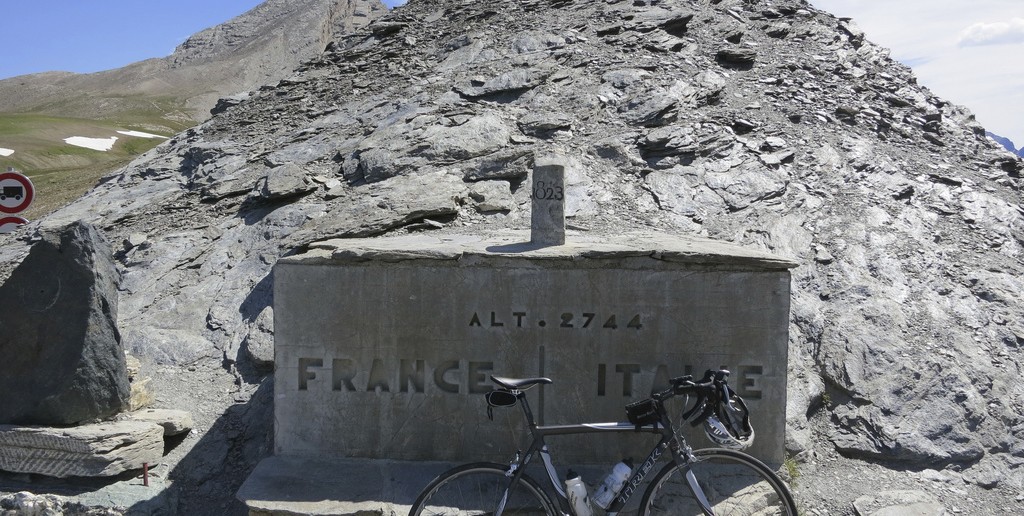 At 2744 metres, Wikipedia lists Col Agnel as the 3rd highest paved mountain pass in Europe. This monster has been on my list of “to-dos” for ever. Woohooooo!

Below I’ve added profiles for both the French and (tougher) Italian side. . Details of the even better Italian side here. It’s Italian name is Colle dell’Agnello.

I’d hoped to do both sides, but the three huge previous days, my old legs, and a nasty head-wind, convinced me that even a fool like me couldn’t find any fun struggling up the tougher Italian side on this day. Another future project.

For the quicker readers in the crowd – yes, the above means I had a fabulous tail wind for most of the climb. Nice. 🙂

I don’t have too much useful to say except it’s beautiful, high, worth cycling – and I was sorry not jump over the other side. And I was surprised but pleased at the number of cyclists, fast and slow, all cheerful. Agnel is an Intoxicating place.

No great photos, but a few more. View from above the Col: 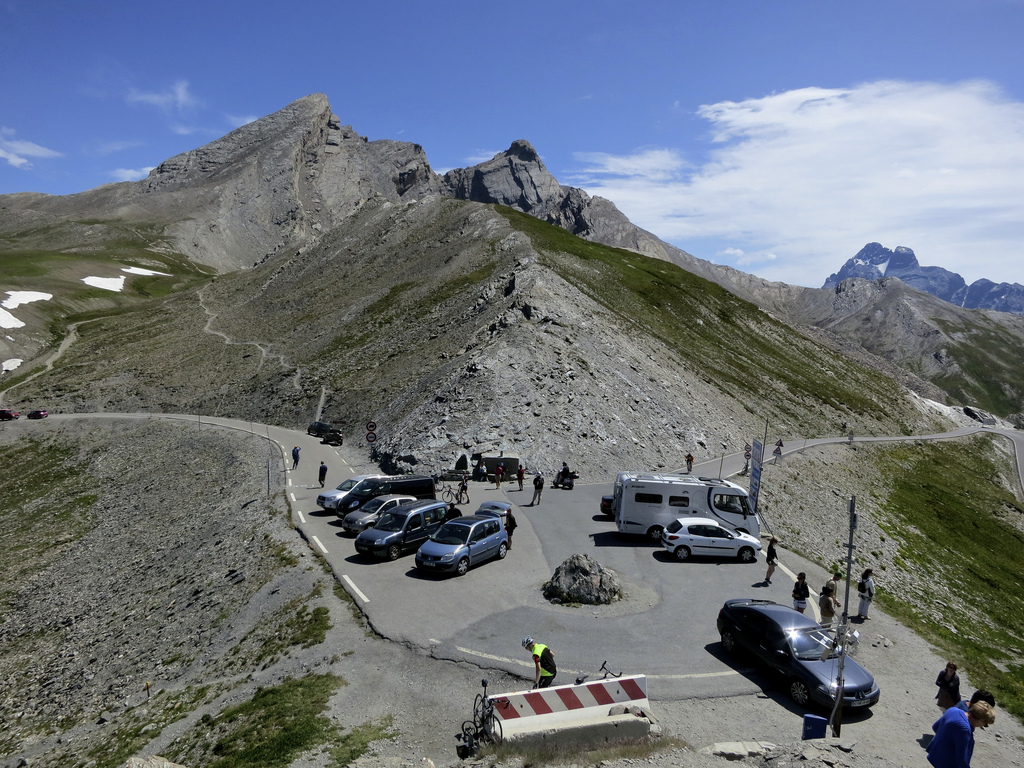 View Italian side from Summit: 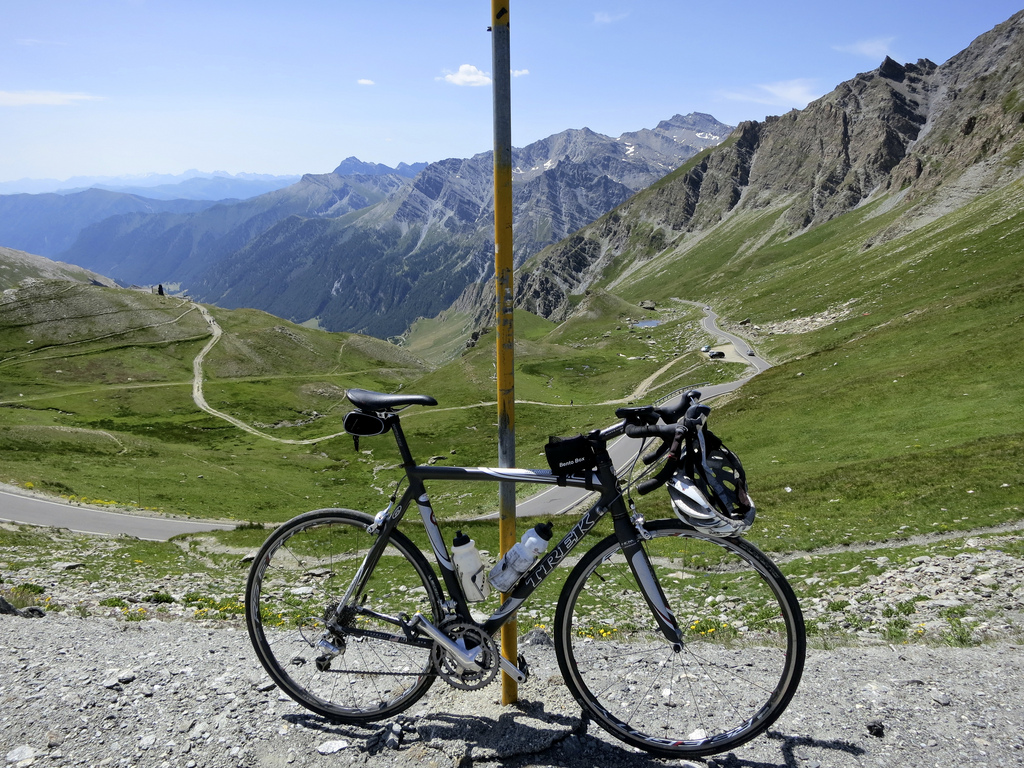 View French side from summit: