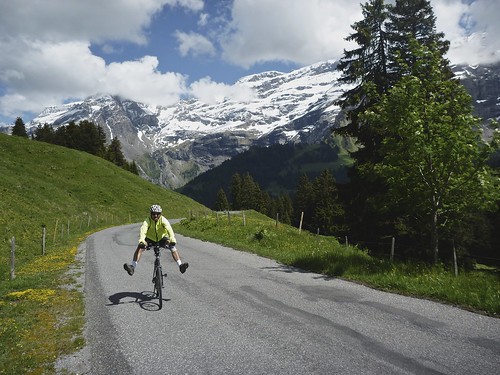 A short but stunning (and challenging) loop in the Vaudoise (Swiss) alps with Doreen.

We had intended to cycle directly up to Col de la Croix from Villars but there was a car rally temporarily closing the pass.

So instead we took a tiny little road up to Col de Bretaye. It’s a deserted – generally paved path – that goes straight up.

It’s very, very steep for the first 3 or so Kilometres. Doreen was incredibly brave and managed to cycle almost the entire stretch.

Half way up to Bretaye is Col de Soud, and then more steepness.

When I say steep, I am not kidding: 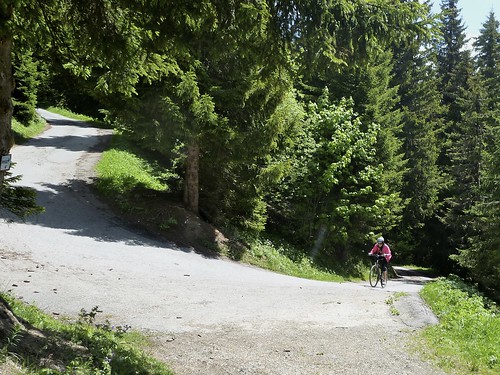 After Bretaye the road is rougher and passes by a few little alpine lakes snaking around a big massif and then heading towards big, snow covered mountains. It’s a quiet, wonderful route. 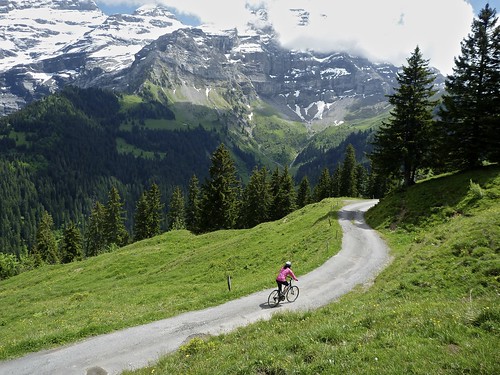 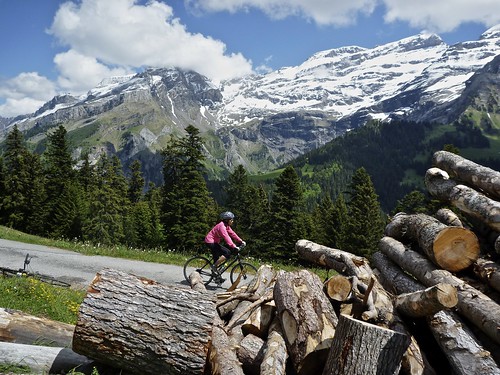 Eventually, the route joins the main paved road a kilometre or so below the east side of Col de la Croix. So just a short climb. 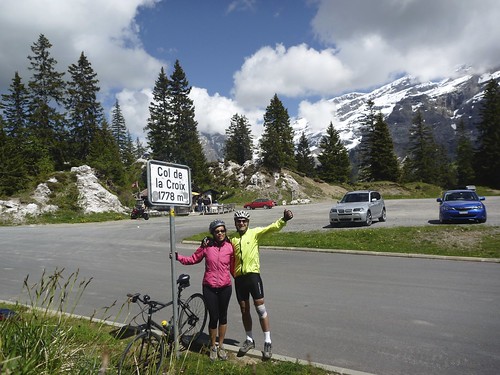 And finally, a fun descent on the main road back down to Villars. A fantastic loop. 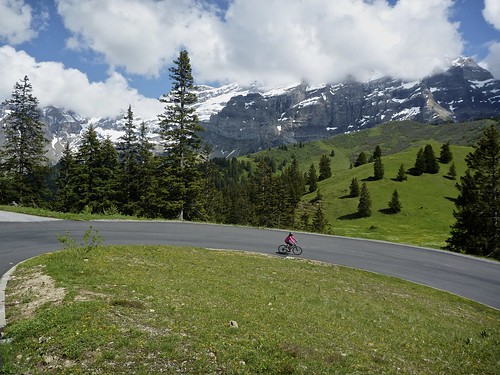 The west side of Col de la Croix is a giant hors categorie climb if one starts all the way down in Ollon – details here. 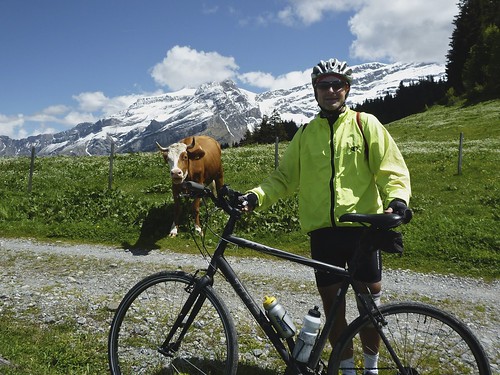