Trending
You are at:Home»Juras»Col de Crozet – Above the Clouds 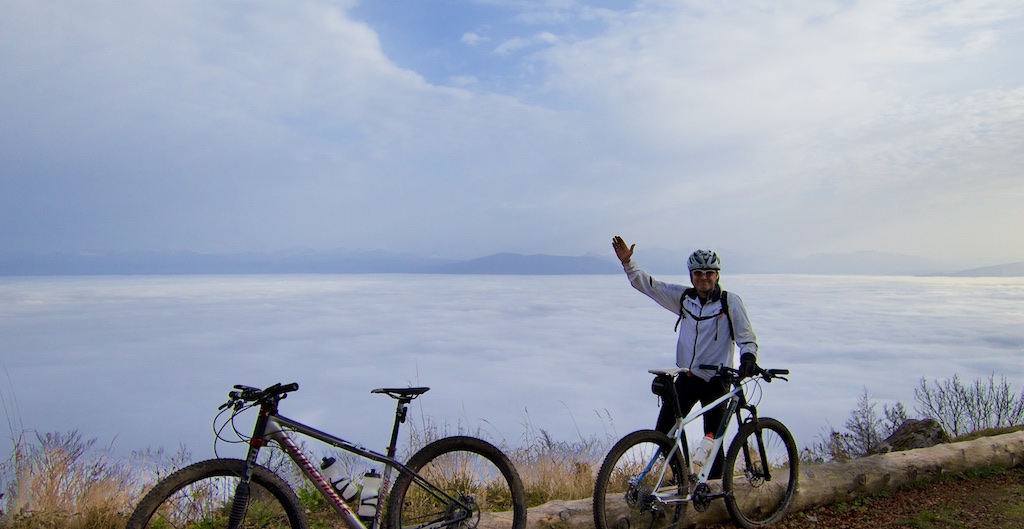 My “home” mountain – Mont Salève – in the far distance

I met up with my good American friend, Mathias, that I hadn’t ridden with in ages. He now lives in the centre of Geneva. It’s the season now there that — due to the lake, the mountains and the Rhone river — Geneva is always under depressing pea soup fog, low clouds.

So from centre-city we started riding up into the Jura mountains. Woohoo, a late season hay surf: 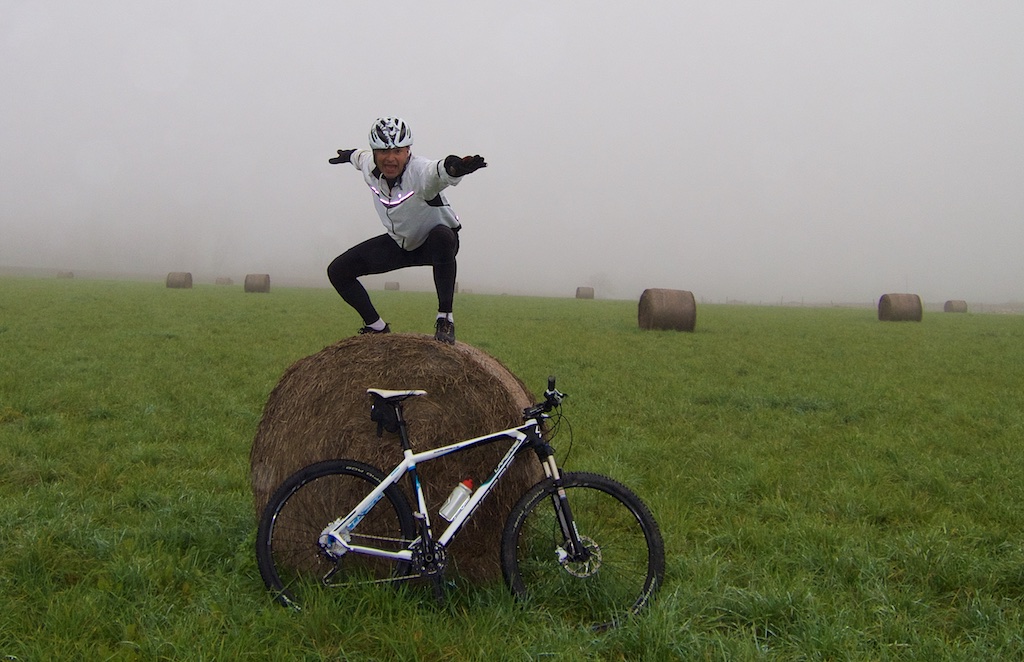 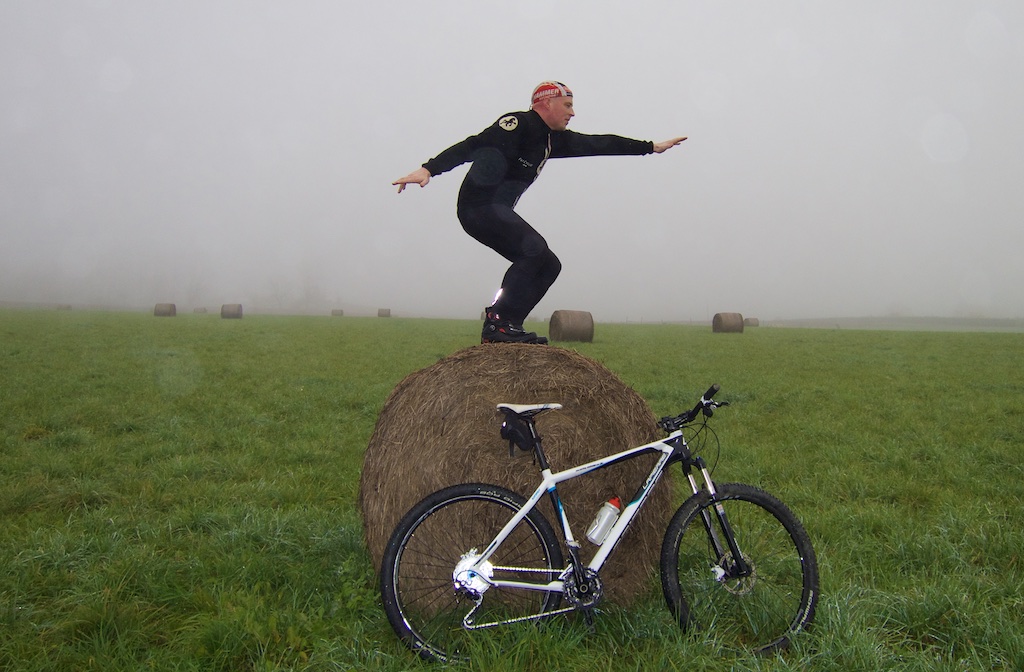 The climb to Col de Crozet starts as a small paved road, but soon becomes a firm, gravel farm path. It’s a great way to climb the Jura mountains without any traffic. We chatted away eventually entering the clouds and finally getting above them.

Crozet is a tiny ski station, and once we were above the clouds, it gets much steeper approaching the Col. 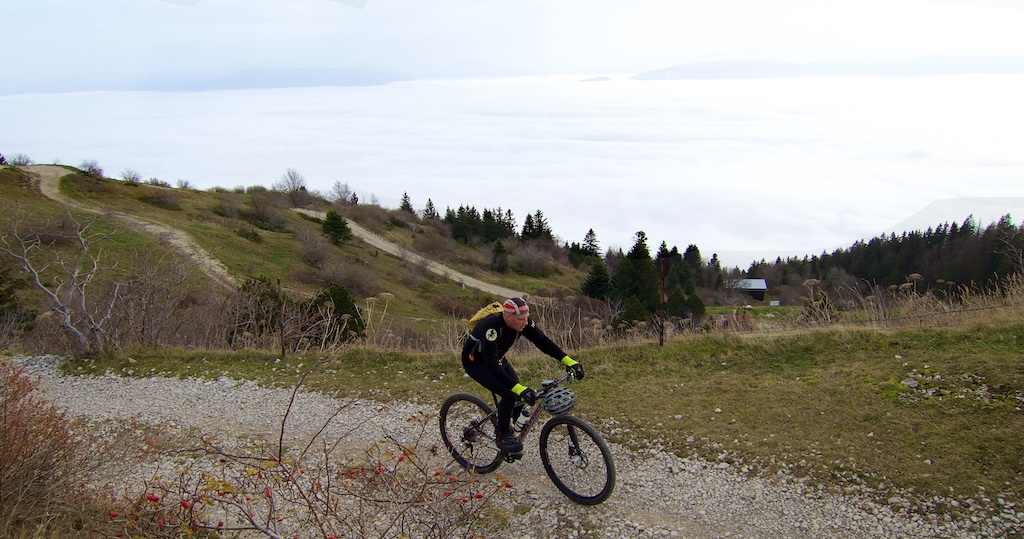 I could see off the road the old, bespoke col post, but the sign was missing. But I found it lying in the grass, and held it proudly up for the required “Col Sign Photo.” 🙂 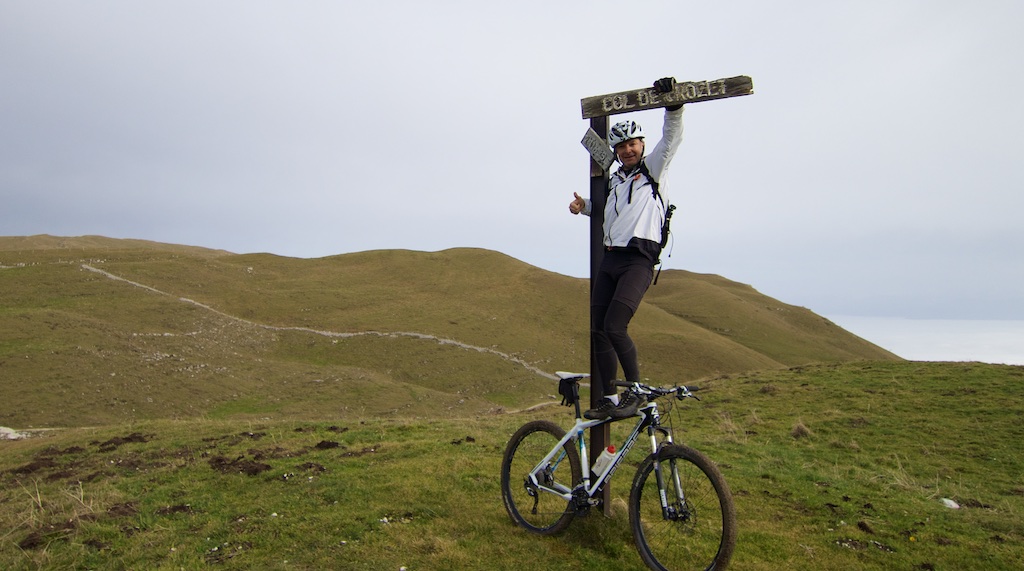 Unfortunately, it wasn’t that sunny above the main cloud cover (it usually is), but it is an interesting treeless environment here. From the col it is a wonderful 8 or so kilometres – generally down – to Col de la Faucille on a deserted little road. Very fun.

At the moderately famous Col de la Faucille is the main road back to Geneva. It’s not my favourite – traffic, including lots of trucks on weekdays – as it is a main short cut from Geneva to Dijon. Mathias climbs it fairly frequently, so I decided to show him a better, nearby, deserted-but-paved alternative via Col de Combe Blanche.

See the map to find this road. Basically cycle the main road from Faucille away from Geneva and head to La Vattay. This is one of my favourite cross-country ski stations. At La Vattay, turn in on the only paved road, and just follow. This heads all the way down the Jura mountains – and don’t expect to see more than a car or two. It’s a fantastic alternative.

I told Mathias that for his next big road-bike climb he needs to climb this – the way we descended. The summit is Col de Combe Blanche but the Col is often known as Col de la Vattay or even occasionally Col de Puthod. 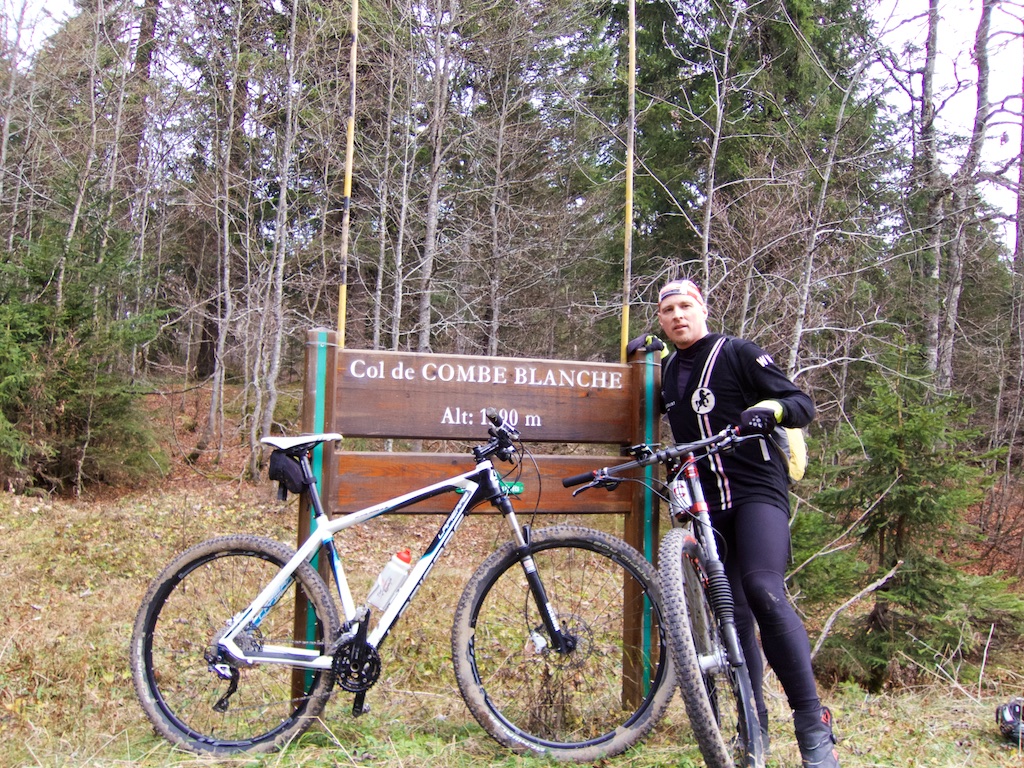 A big, super fun loop allowing us to get above the clouds. To reduce traffic, start the ride much closer to the Juras, avoiding Geneva.