A route planning secret? I scan maps looking for hairpin-filled roads. This ride has 50 or so full 180 degree hairpins going up, roughly half paved, and half gravel. I am going to divide this post into two parts. First, the very good 16 kilometre paved climb to Dottan. Second, the gravel extension to two much higher cols.

On the map below, the entire main loop is paved, including the descent via Navette, also full of hairpins.

You may see this climb called a few different things. The biggest town is Grand Naves (1320 metres). The high point of the paved loop is Croix du Sauget (1379 metres). But many road bikers miss that at Croix du Sauget the paved road goes almost 3 kms higher to Dottan (1554 metres).

I counted 22 hairpins to Dottan. Woohoo! Starting from Petit-Coeur the road immediately climbs 14 of them. 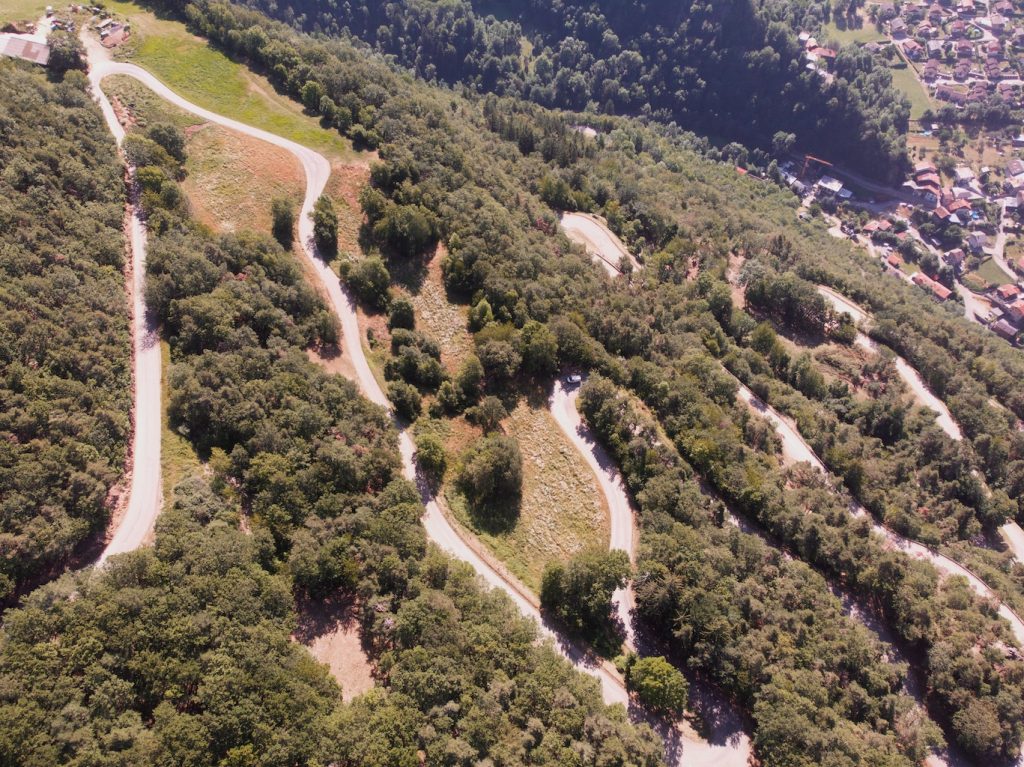 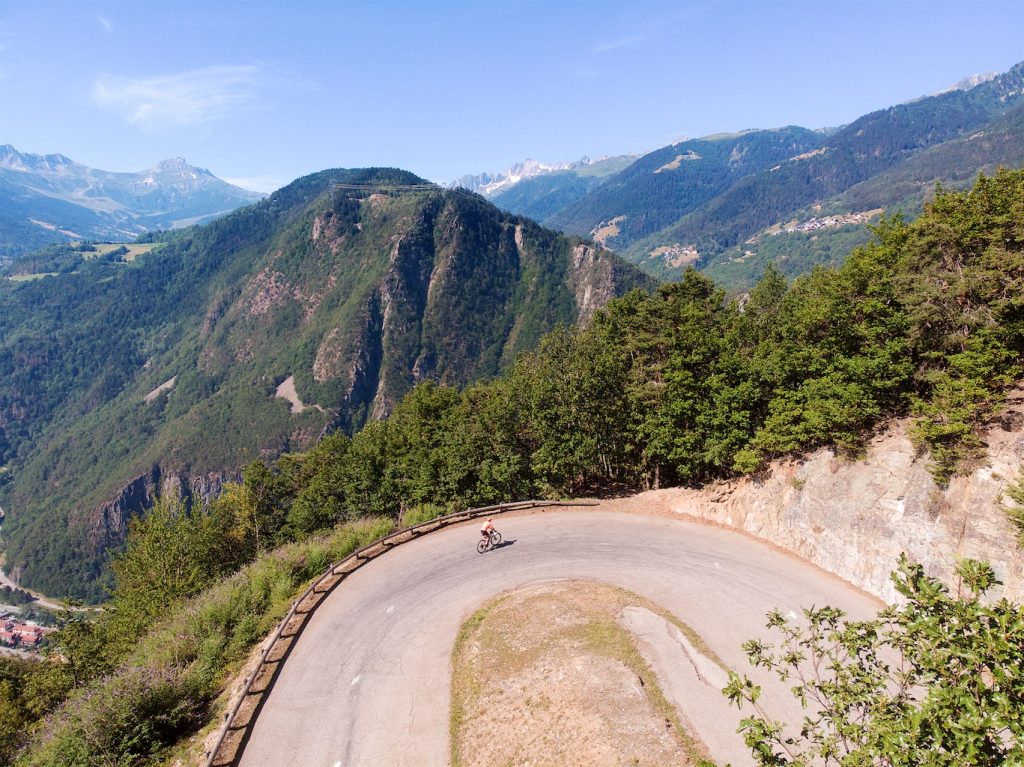 Here’s a scrollable/zoomable 360 degree photo of the early hairpins.

Directly across the valley I could see the ski station of Valmorel. The paved road there ends at roughly 1300 metres, but it’s possible to reach some very high cols with wider tires. Details here. 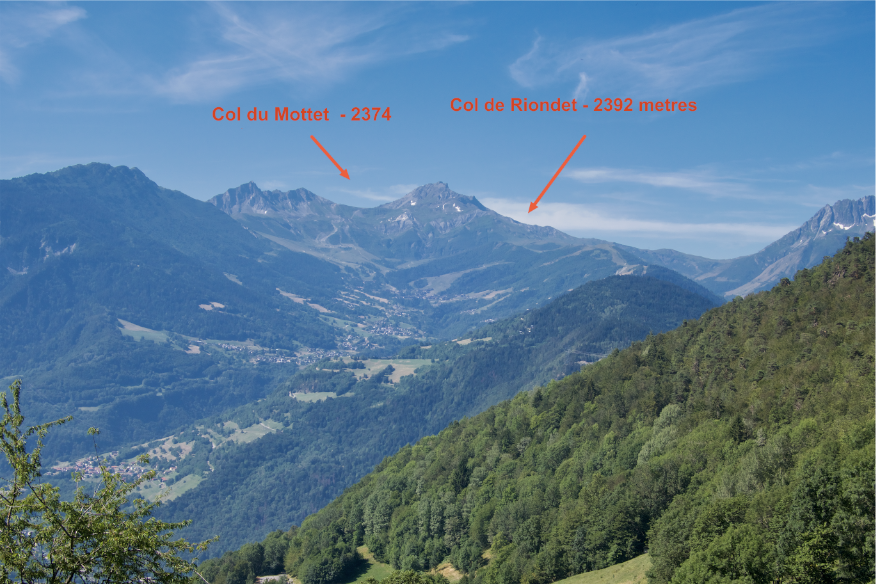 At Dottan is a large parking lot. A trail head for hiking and cross-country skiing. Here the paved road ends and the route becomes a good quality gravel road.

In the photo below you can see the Dottan parking lot at the far right/middle. This photo shows the start of the unpaved road. Lots of hairpins here, too! 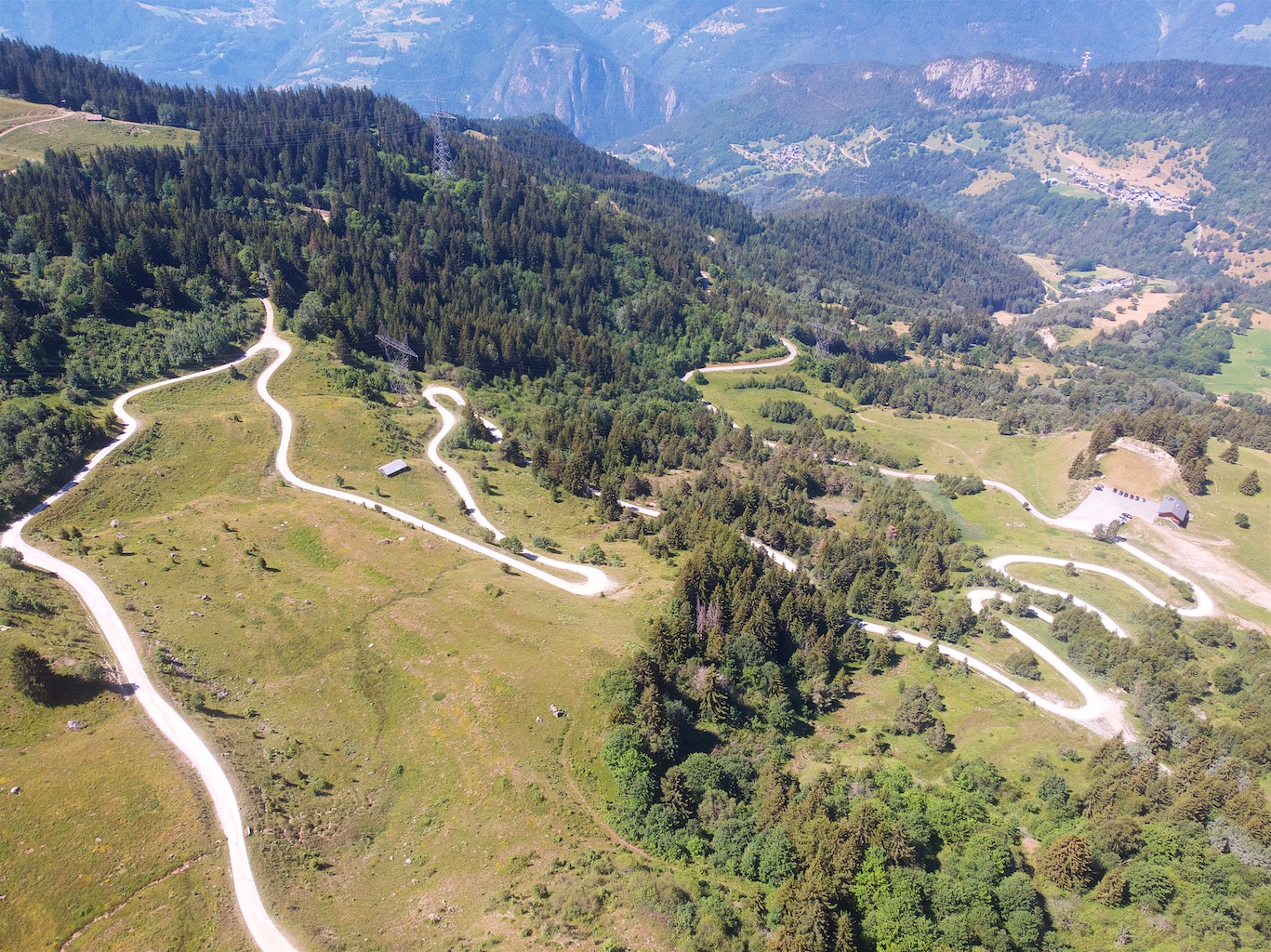 Here’s a scrollable 360 photo of this section. If you look in the opposite direction you’ll see the route higher. 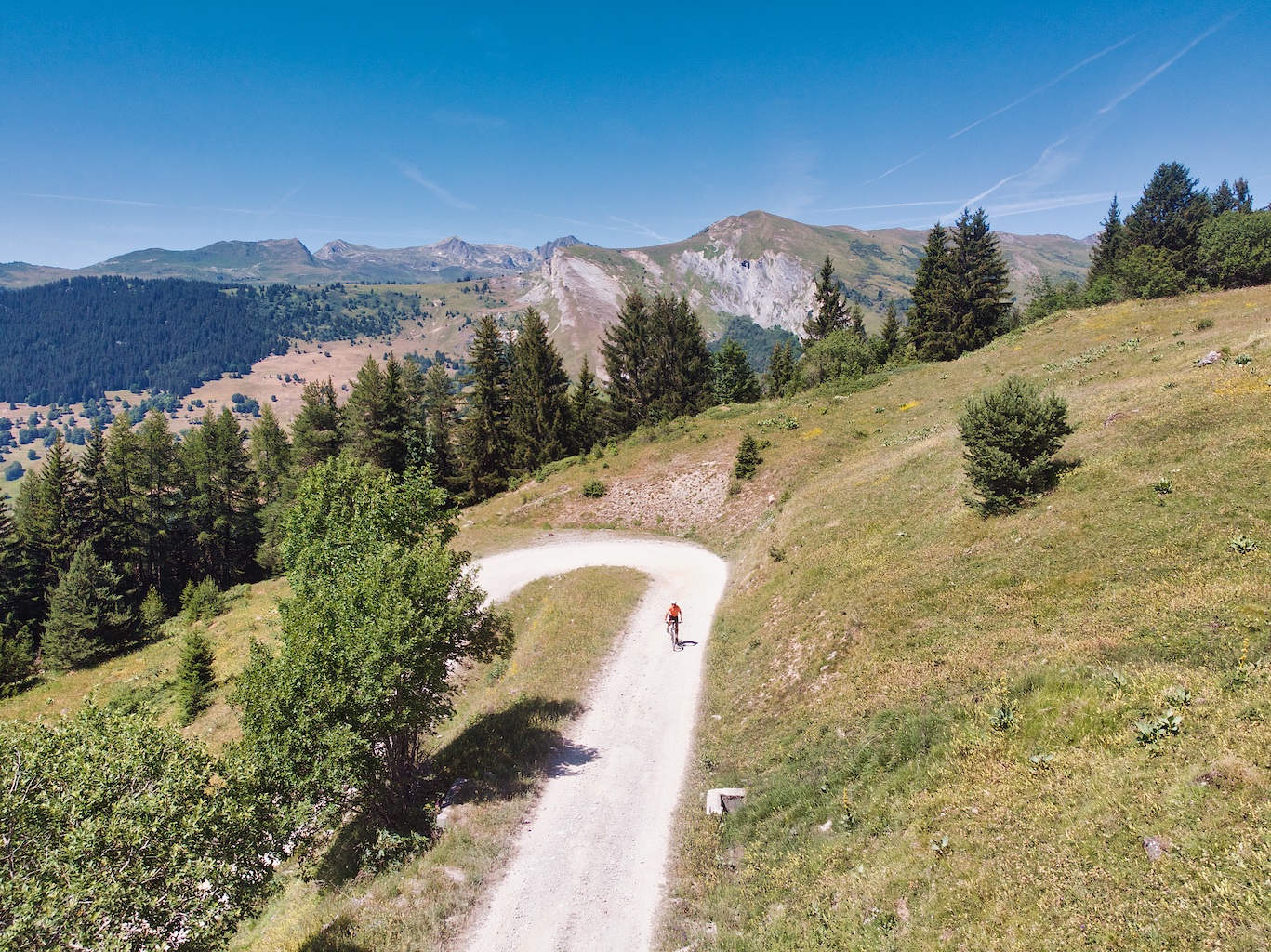 I would take the road in the middle here as it snaked higher and higher. 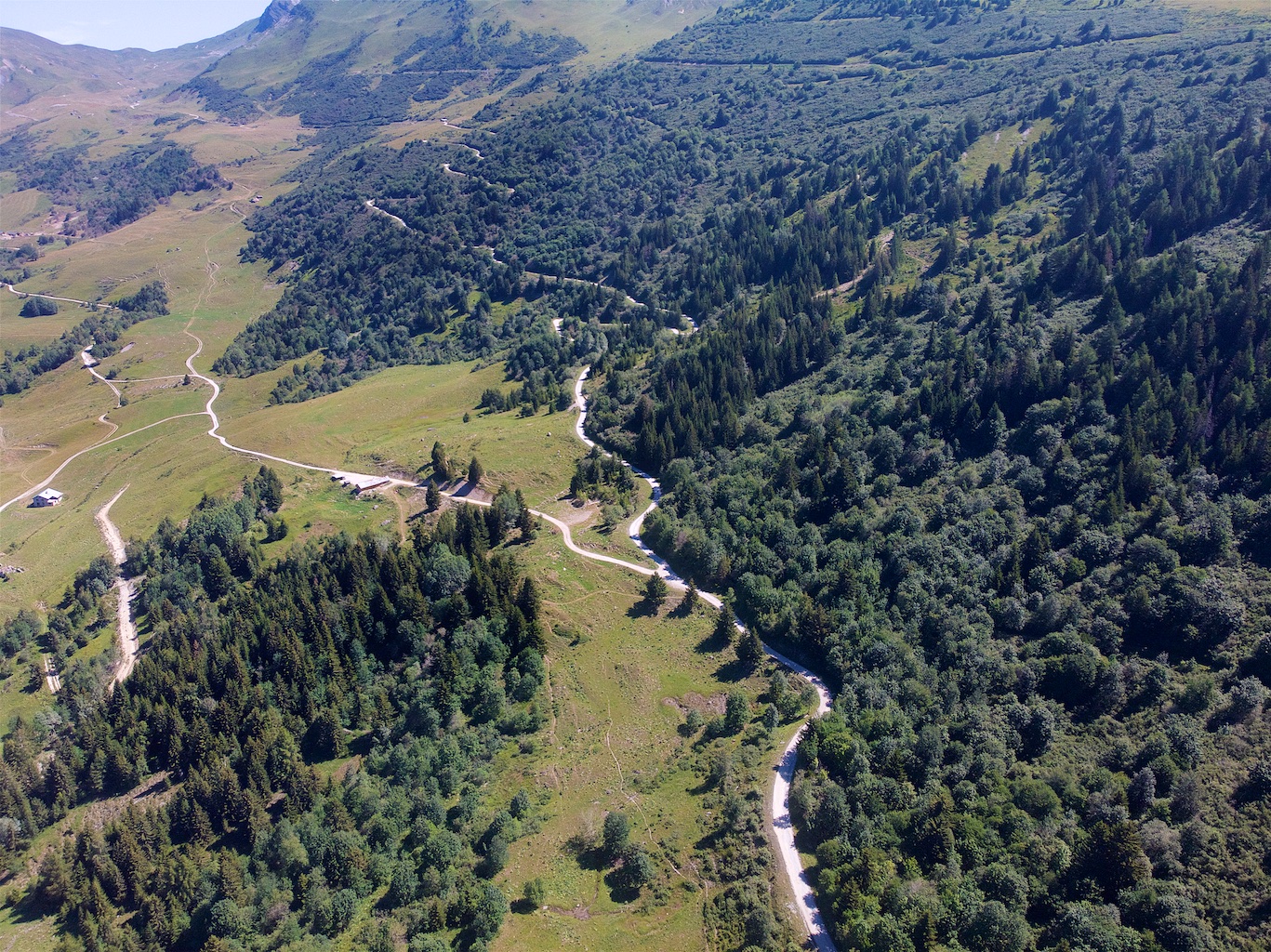 After 5 or so kilometres the road splits in two directions. I would take both, initially heading to the right in search of Passage du Bozon (2054m). I didn’t take any photos on this little loop, but here is a very short video including a single trail descent from Passage du Bozon to Lac du Bozon.

I returned to the intersection and began the long climb to Col de la Chauvière (2241 metres). It gets steeper here but it remains a gravel farm road and rideable. 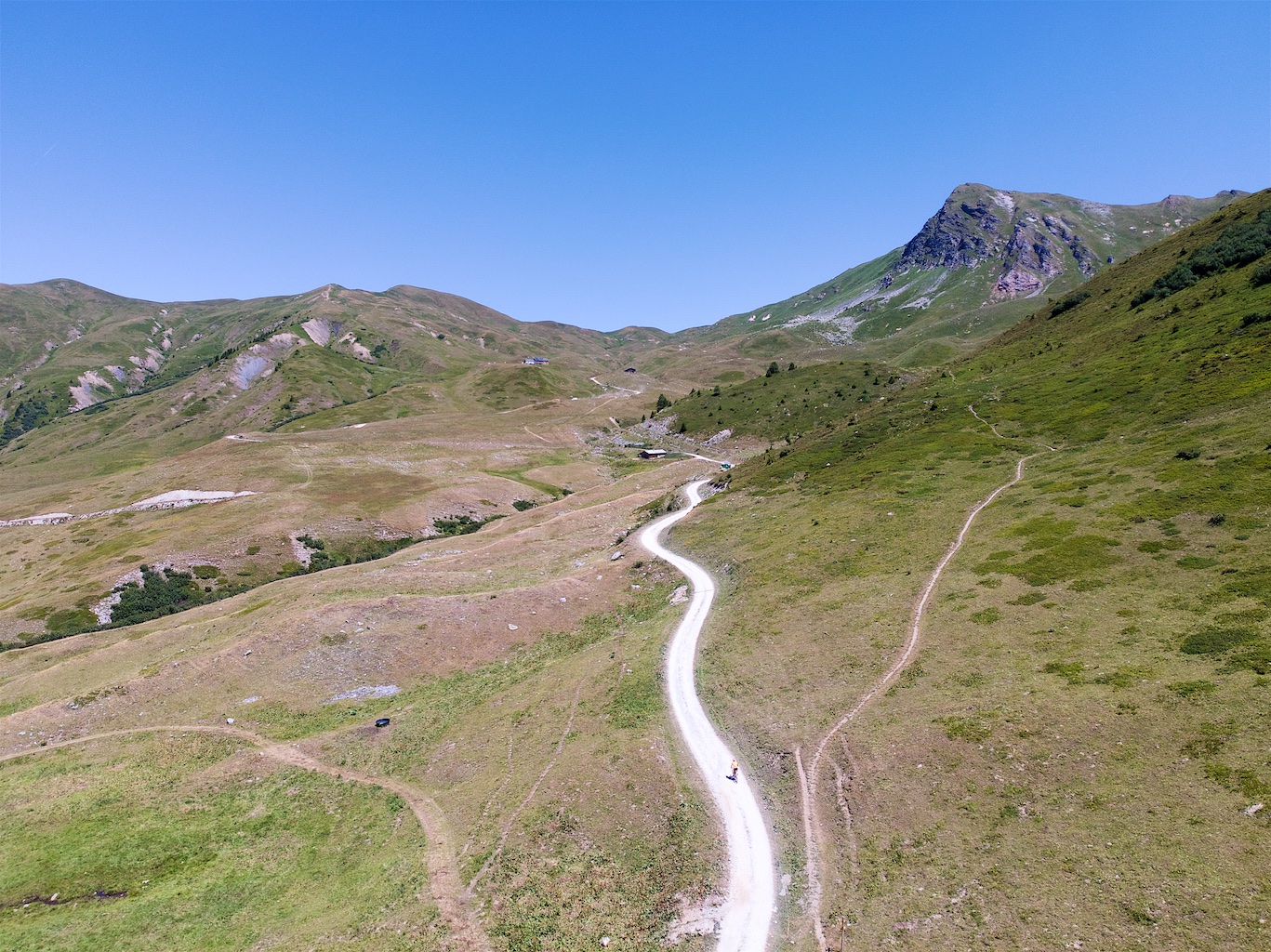 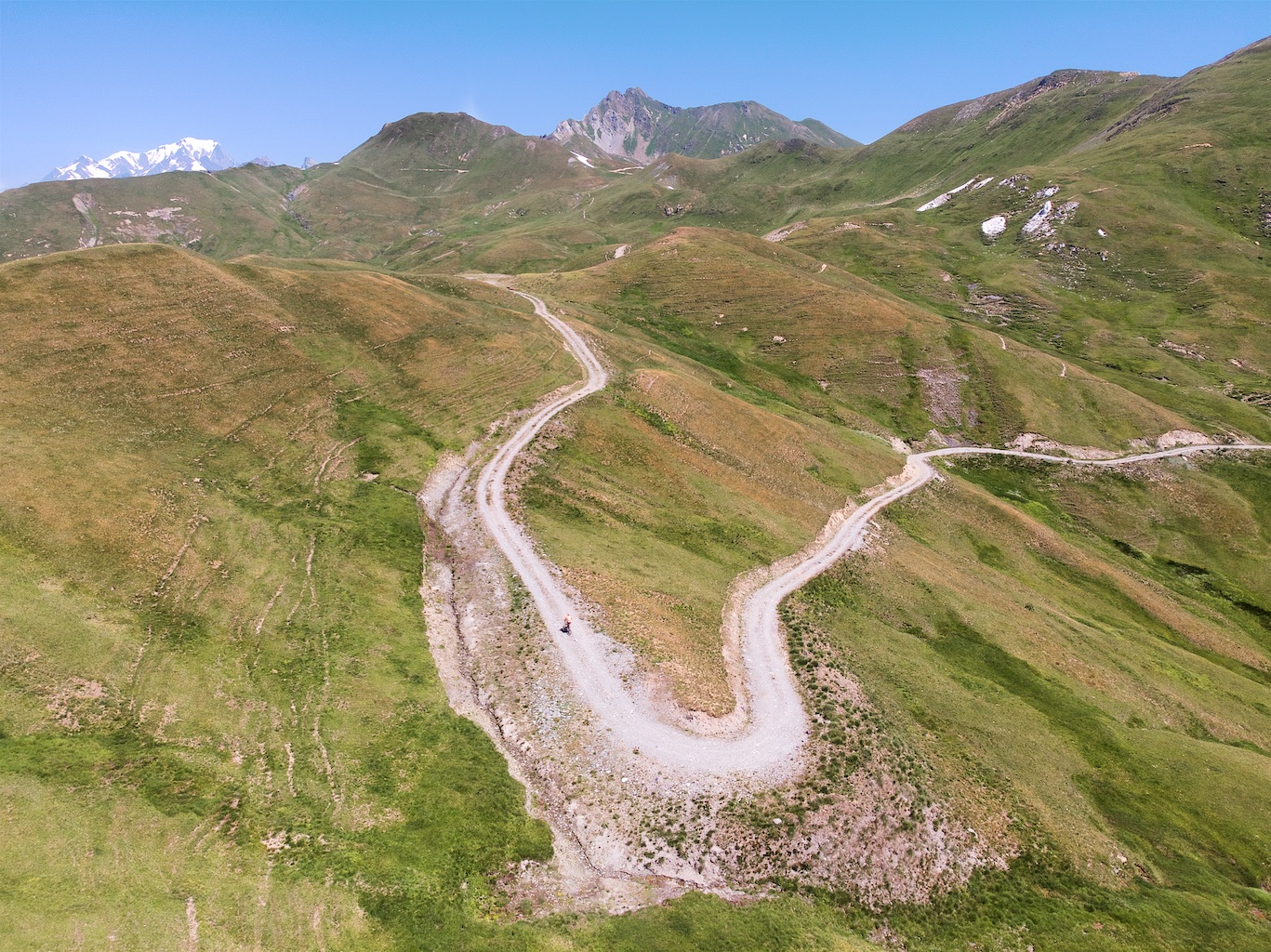 Here’s a view looking back down from the summit: 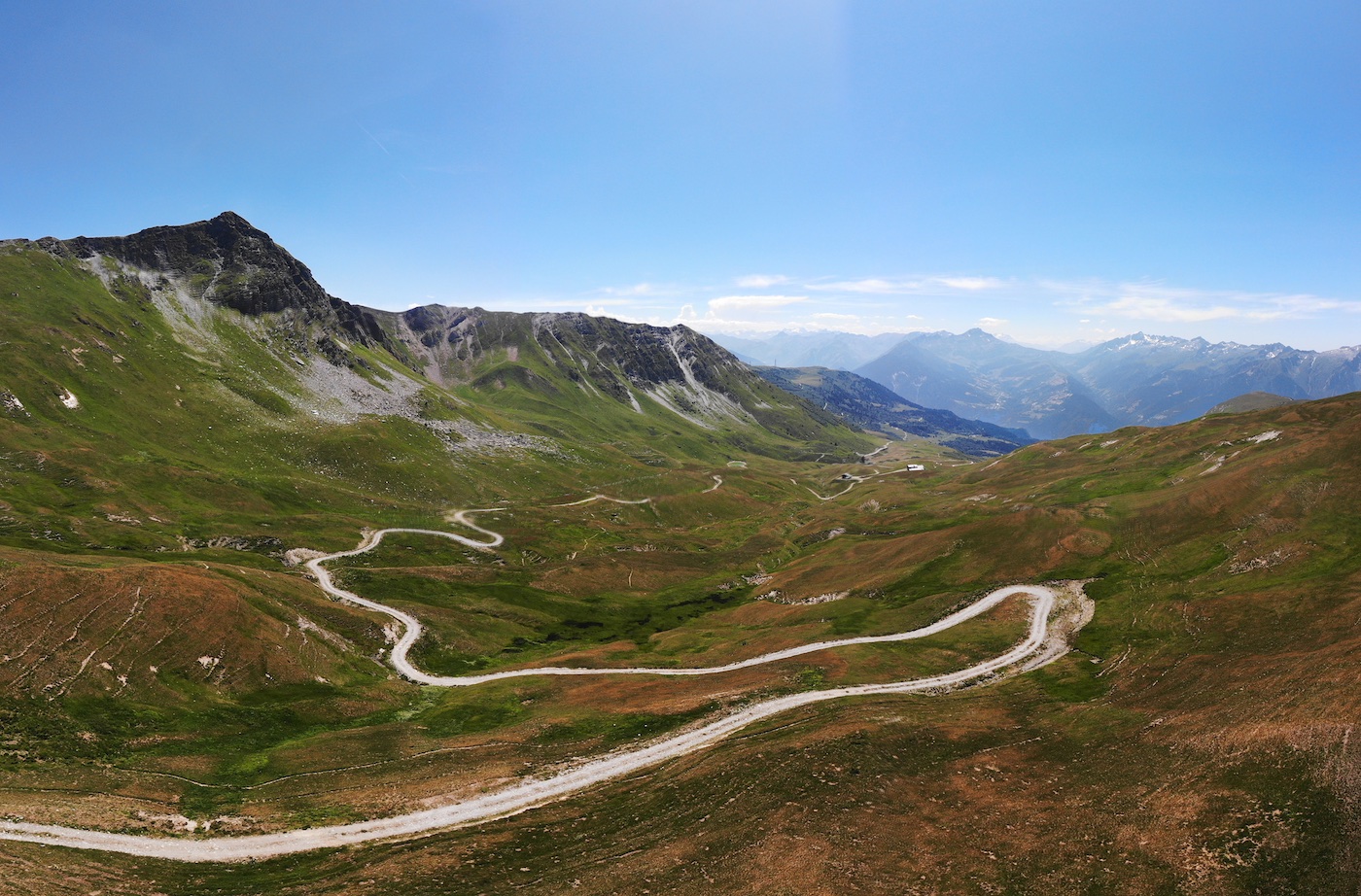 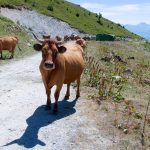 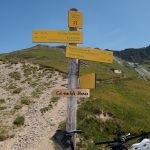 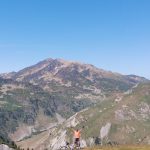 The summit is signed as Rochers Blanc (2250m) but this is Col de la Chauvière as authenticated by the Club des Cents Cols – and clearly a geographic pass. 🙂 Here’s a scrollable 360 degree photo.

Here are unprocessed images of the three 360 degree photos: 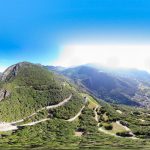 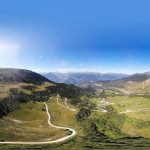 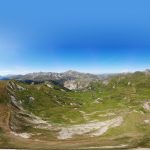 There are hiking trails here and I considered continuing to Col des Tufs Blancs (2304) – not much more than a kilometre away. It would have been a combination of hiking/riding down/up in a deserted valley and it had been a tough/hot day already so I decided against it. But two years ago I rode a fantastic route to Tufs Blancs and several other ridge cols eventually reaching Cormet d’Arèches. See here. It would be easy to connect the two routes.

See this map with both and all the key locations labeled. Purple is today’s route, and red is the route to Col des Tufs Blanc.

From Col de la Chauvière I descended back down the gravel road to Dottan and then Croix du Sauget. At the Croix I turned left taking another way down. Again, look at the map. Perhaps 22 hairpins with fun views all the way down. 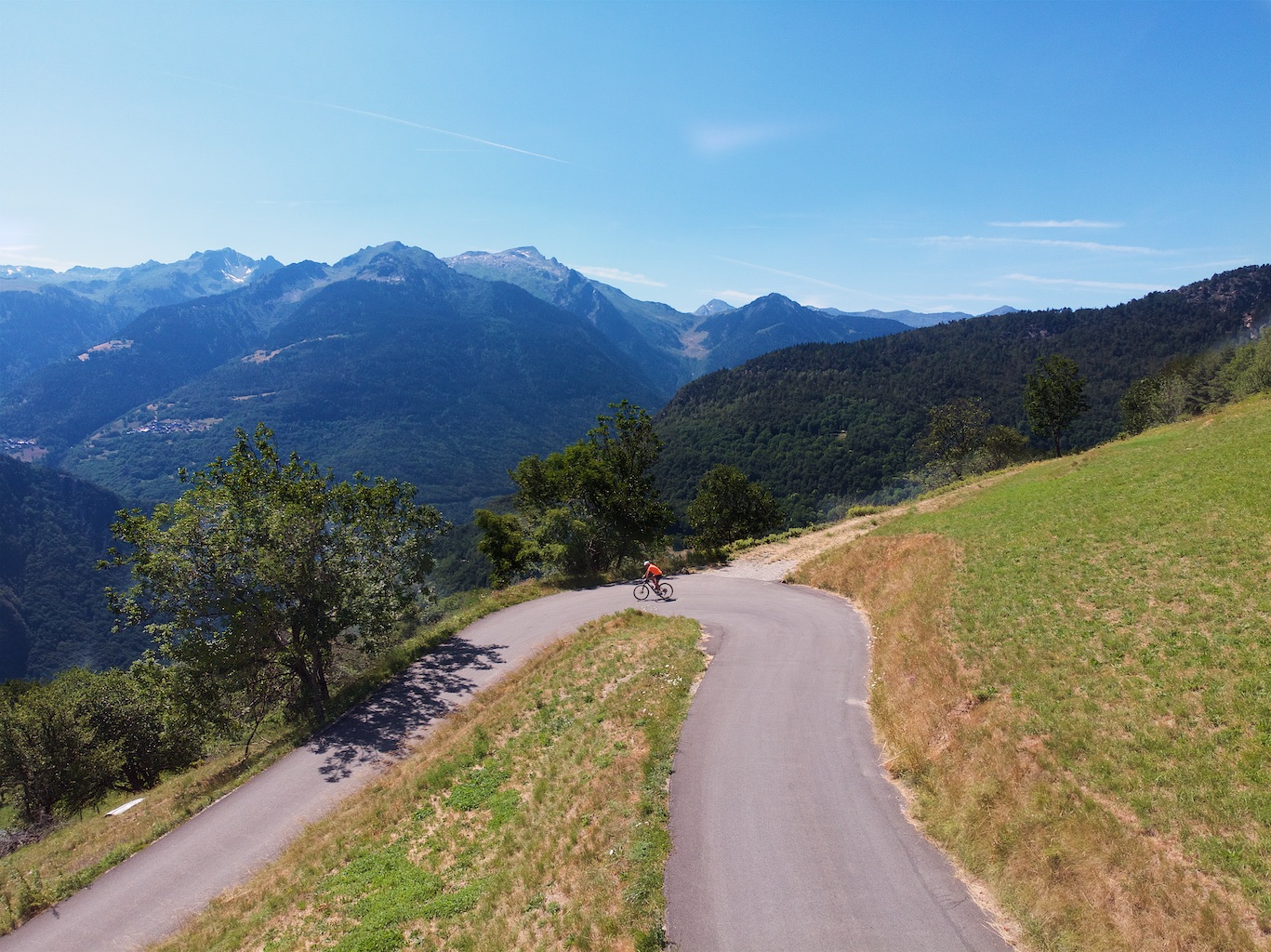 What a fantastic ride. In summary, a very good paved 16 kilometre climb loaded with a bunch hairpins both up and down. Then very rideable, quiet, scenic gravel much higher to a couple of cols. Drool.

Here’s a 3D video of the route: