There is a common misconception that the Col du Ballon d’Alsace was the first mountain cycled in the Tour de France back in 1905. In part, because Henri Desgranges himself said so. The Tour even celebrated this fact   fiction in 2005 by re-climbing the Ballon d’Alsace as a centenary celebration.

But this is a myth. The Col de la République near St. Etienne (virtually the same altitude) was cycled in 1903. And I have the sign to prove it: 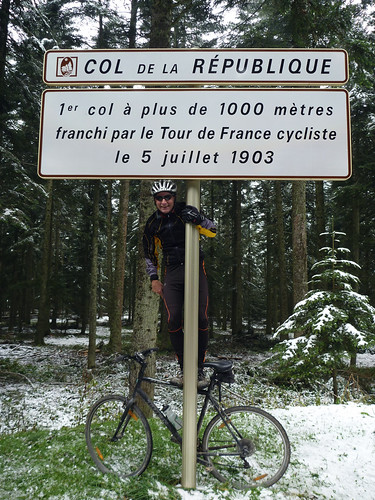 Merci à mon ami Philippe for showing me a great route in the hills above St. Etienne.

I had visited here last year to watch Paris-Nice but March hail prevented us from reaching République.
Note, as the map above shows, we didn’t take the main road (fairly busy) to the Col. Instead, Philippe showed me some of the many smaller roads and trails here. The “Pilat” region is a superb place for cycling. 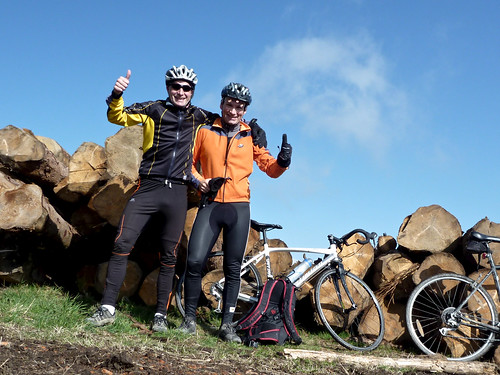 We started in sun, enjoying the climb, but as we approached Col de la République, it became overcast and very cold. It’s time to switch mindsets, winter is here – at least in the mountains.

At the Col is also a monument to Paul de Vivie – known as Vélocio. Best known for his work improving the Derailleur – while endlessly climbing Col de la République 😉 – for more see here. 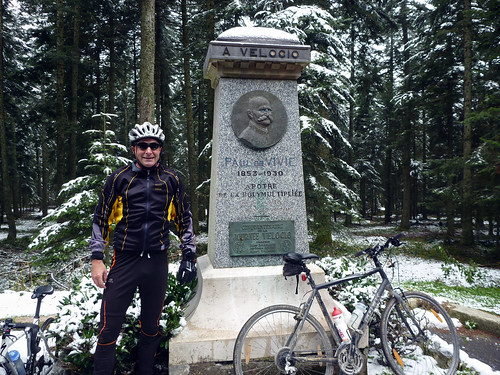 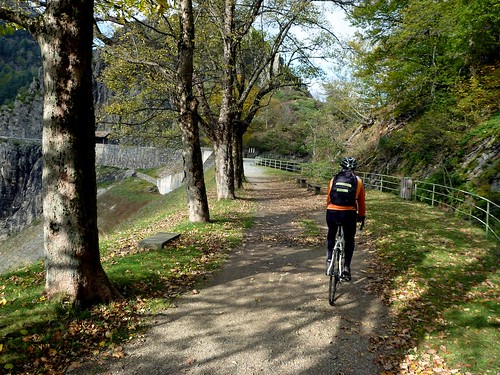 As we shivered and left the Col, I expected that we would head straight back to St. Etienne.

But Philippe surprised me with a really fun route along trails through “Le Gouffre d’Enfer” – “The Abyss of Hell!!” Basically a beautiful, tight canyon with two big dams. 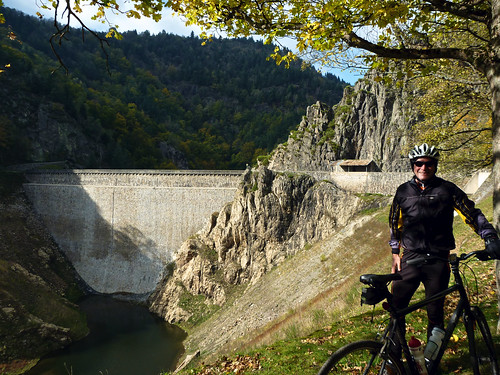 Afterward? Philippe took me to see “Les Verts” the legendary football team from St. Etienne. Posh tickets, with a perfect duck dinner (and free beer!). A very fun ambiance and a victory over Bordeaux topped off a great day. I am very pleased with my new green scarf. Philippe, merci mille fois!