Col de la Vallée Etroite starts at the exact same intersection in St-Michel-de-Maurienne as Col du Télégraphe/Galibier but heads in the opposite direction. The Col is almost 100 metres higher than Galibier at 2732 metres. I counted 52 hairpins. Wow.

The Maurienne valley is home to perhaps half of the most famous cycling climbs in France – see here for 15 of the best there. 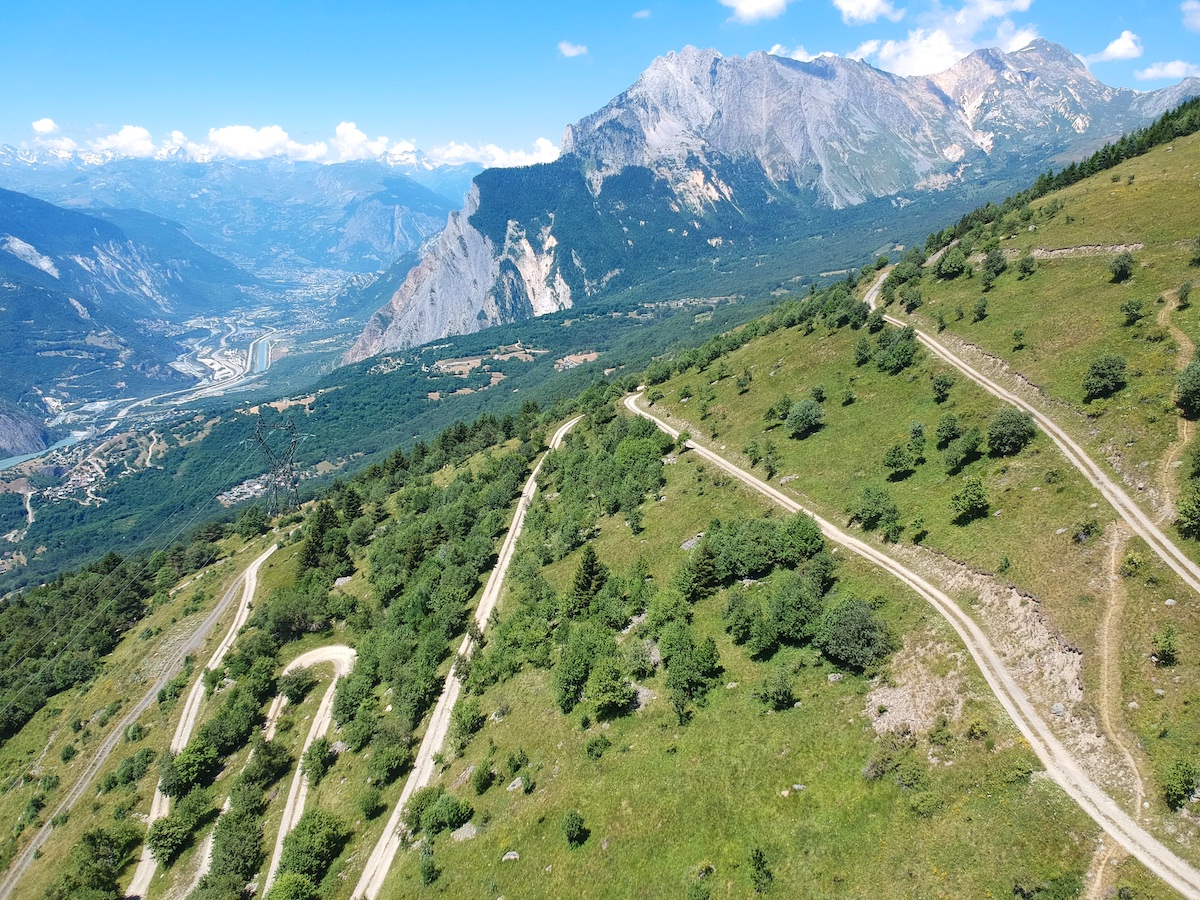 Beginning of the gravel

This is a huge climb, roughly 2000 metres non-stop ascent. And it’s even tougher than the profile suggests as the majority of the climb is a rough old gravel road. But, this unknown “road” goes all the way to the Col. Even the steep last stretch is completely rideable – it is not a hiking trail. Woohoo! 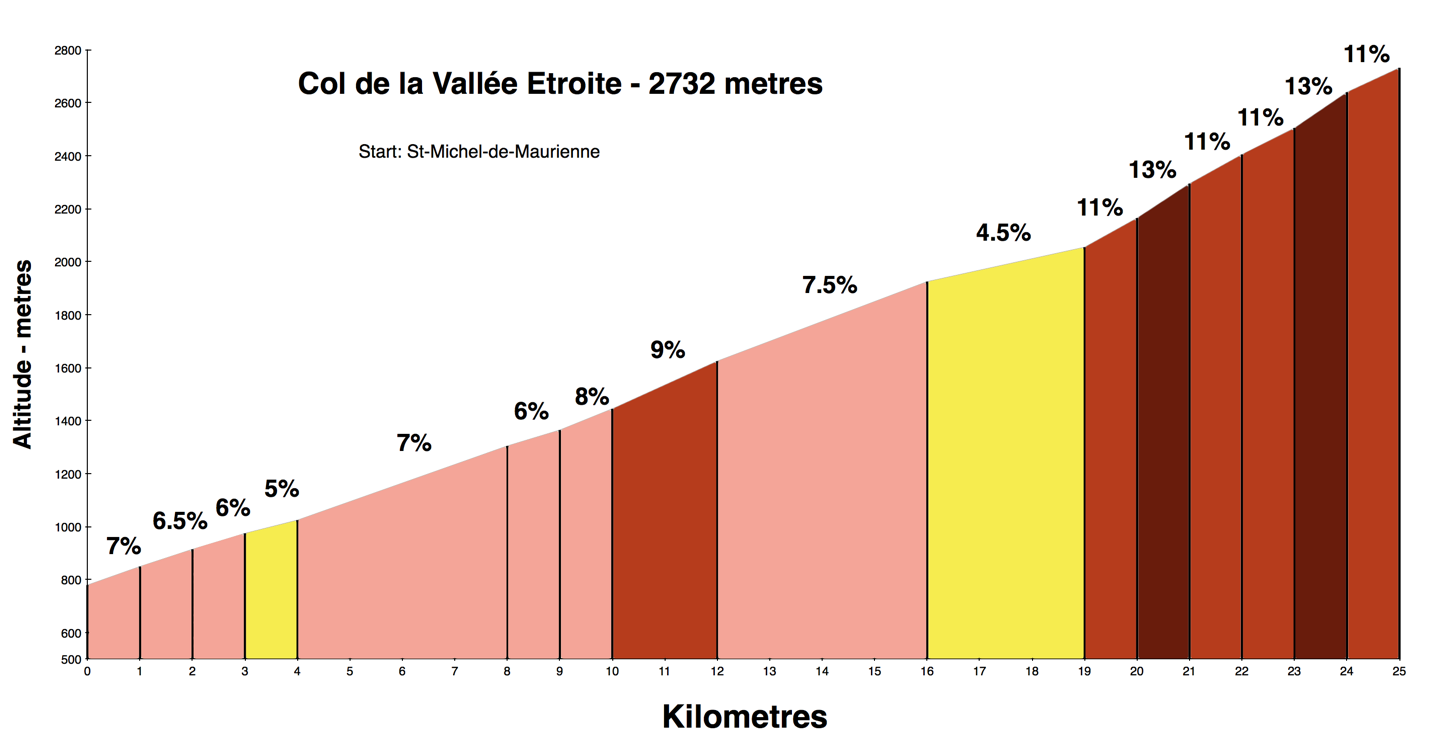 I usually put the 3D video at the end, but this one is worth seeing:

It’s immediately quiet above St. Michel, with views of the opposite side of the valley and Fort du Télégraphe throughout. 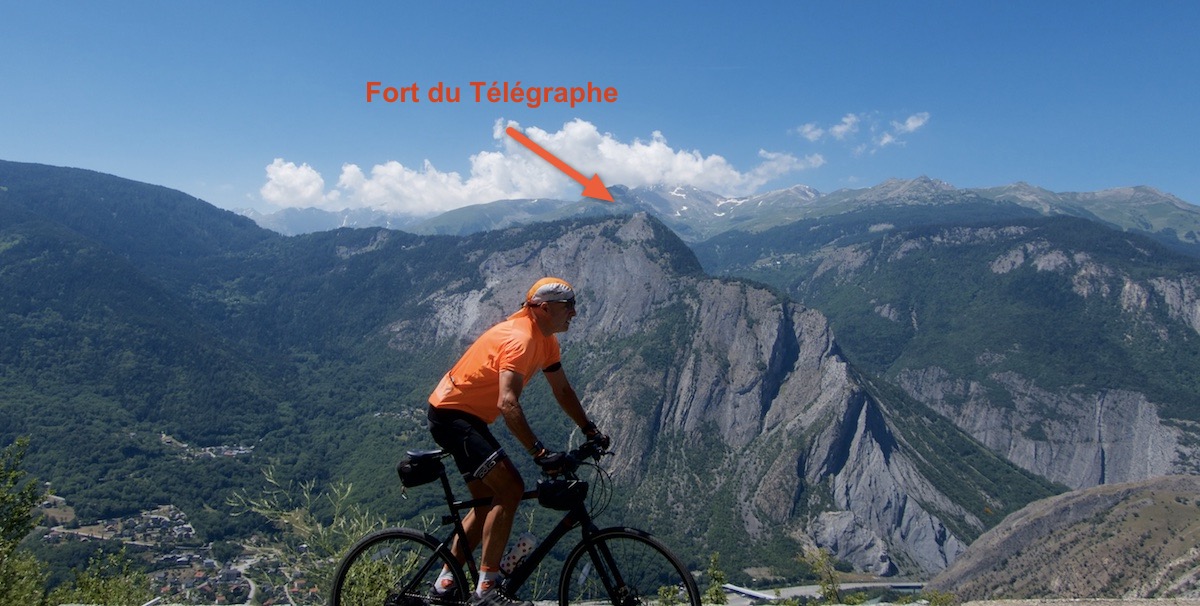 And once it becomes gravel at Le Thyl (1350m) I saw zero cars but many marmottes.

I’ve done a few of other rides from St-Michel up this side of the valley:

In the photo below, from 2010 metres, I’d already done 2/3s of the ascent yet there was still a long way to go: 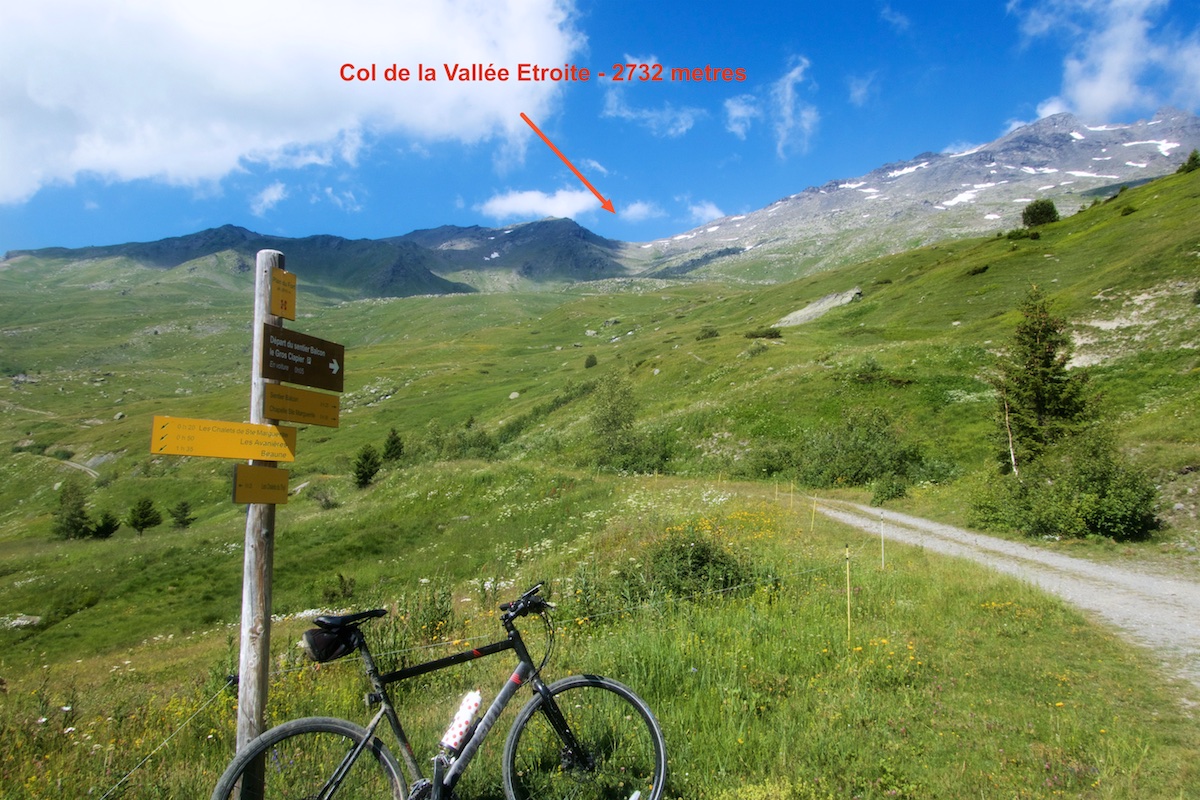 I’d looked closely at some maps and wasn’t certain how far the road would continue and I was always prepared for the last stretch to be a hiking trail and involve some carrying. But the road just kept going and going. 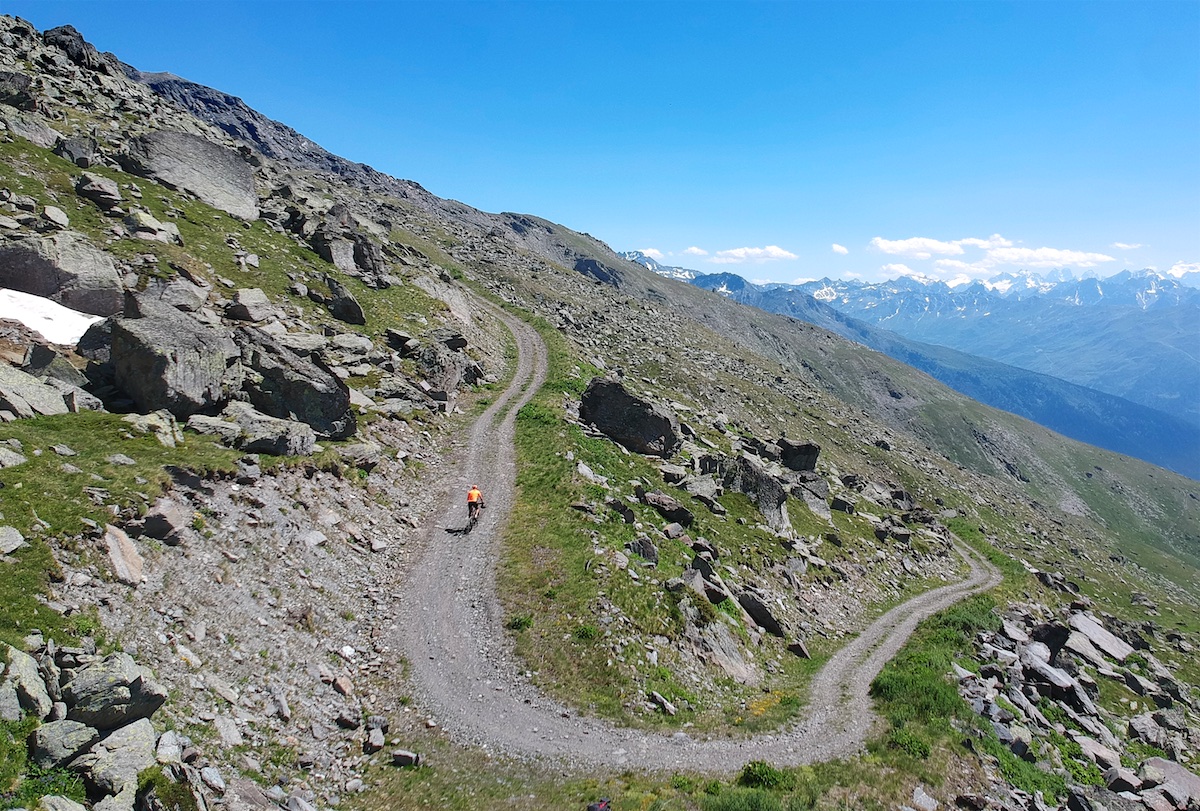 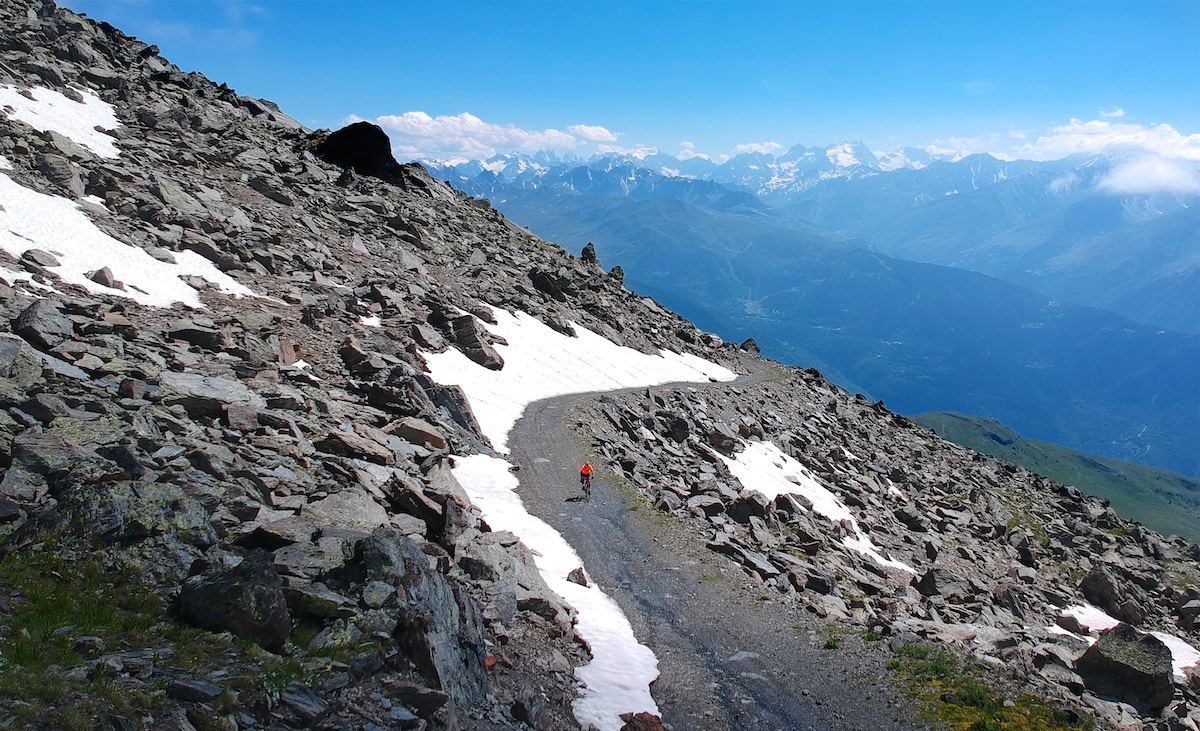 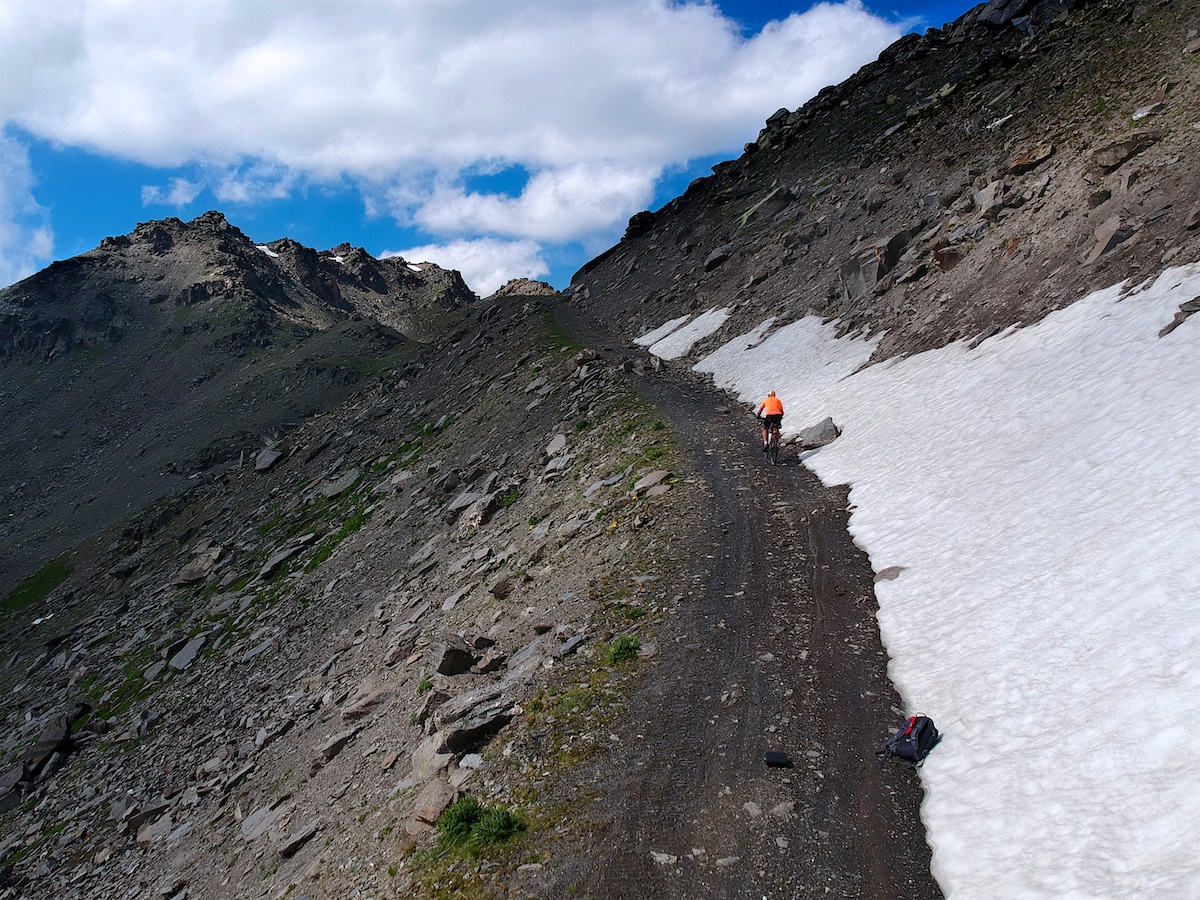 There wasn’t much snow on the way up but the summit was completely covered in snow. I was looking for the col sign and found a broken panel.

The far side is marked as hiking and passes Lac Lou. There was still lots of snow around as it’s north facing and I couldn’t see how rideable it was. But I believe it’s more trails than road.

The summit – 2732 metres (Les Menuires ski station down far side

I had a couple of ideas for descending back down that involved some trails, but I was tired and they seemed potentially crazy, so I simply descended all the way back to the start.

2732 metres – Les Menuires ski station down the other side

This was a revelation. It’s tough to get this high in the Alps on a bicycle but always satisfying. I love these deserted, high adventures.

Now I need to add this climb at #14 to this article: Thirty of the Highest Unpaved Cycling “Roads” in the Alps.