This is a spectacular loop on scenic, quiet roads through the Vercors Massif. It crosses at least 11 cols (some you won’t even notice), and comes near several others but the feature climbs are Col de Rousset and Col de la Bataille.

As I’ve mentioned many times, the Vercors massif is one of the most interesting yet overlooked cycling regions in the Alps. I’ve been putting together a cycling guide for the region and realised I’d never cycled one of its most interesting climbs: the south side of Col de Rousset. Until now. 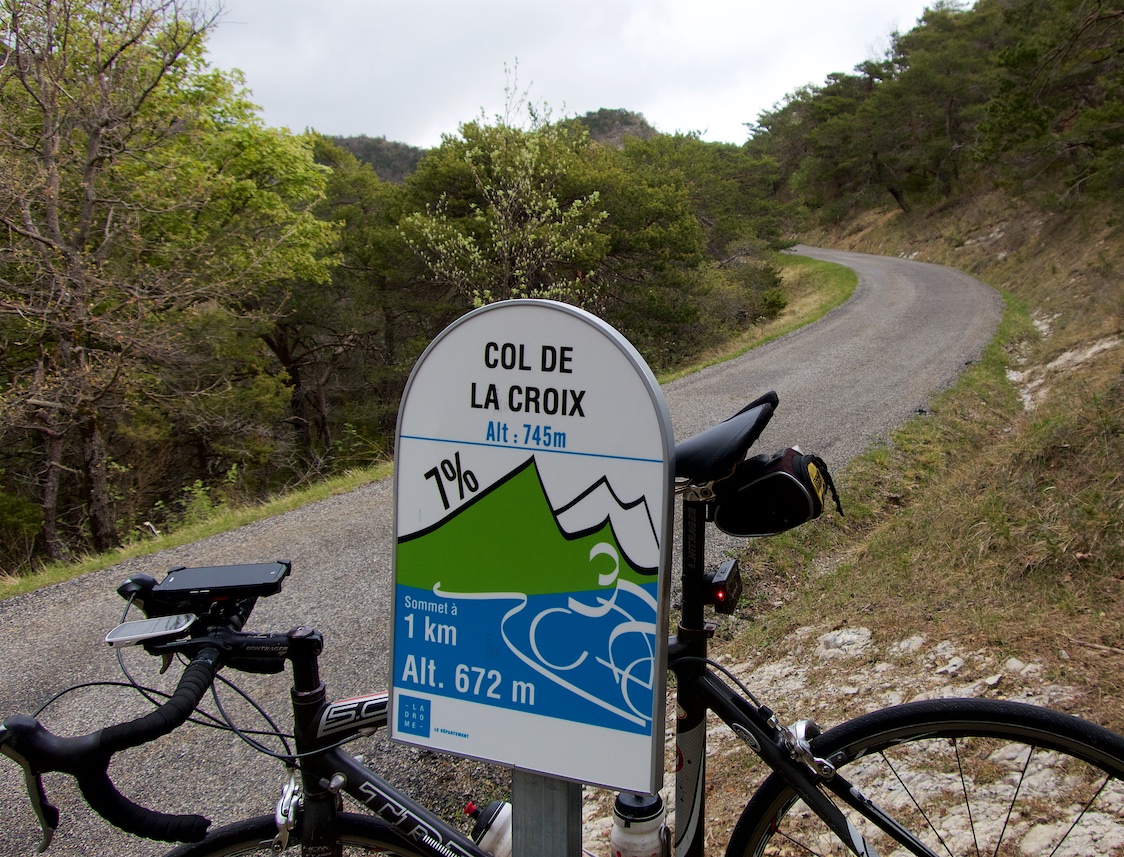 Don’t worry, the town of Die is pronounced “Dee.” From here it’s 21 kilometres up to Col de Rousset. This climb is never remotely steep, but is full of truly fabulous hairpins. Probably its only drawback is that motorcyclists flock here in summer. 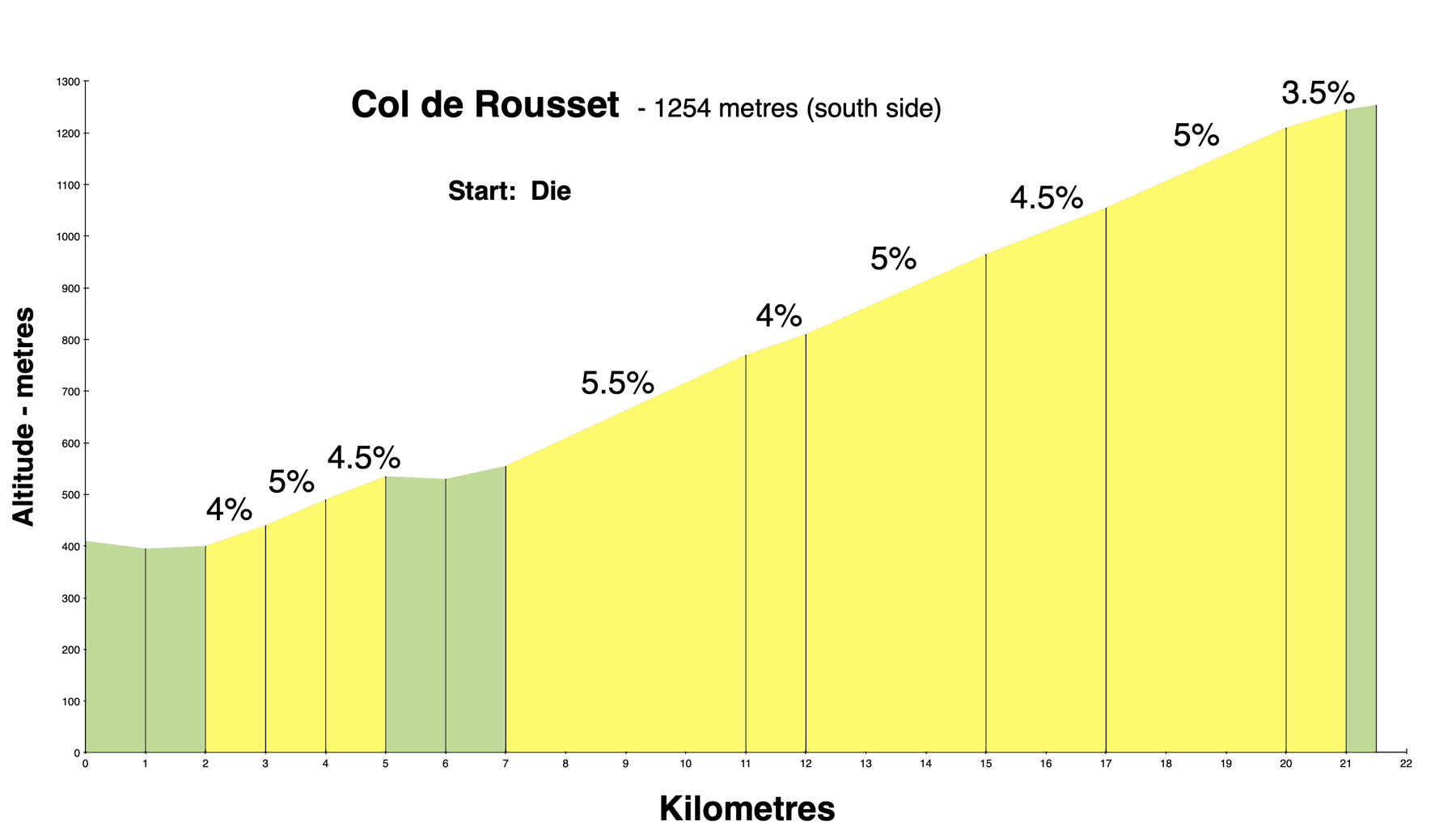 I’ll let the photos do the talking. Hairpin Nirvana: 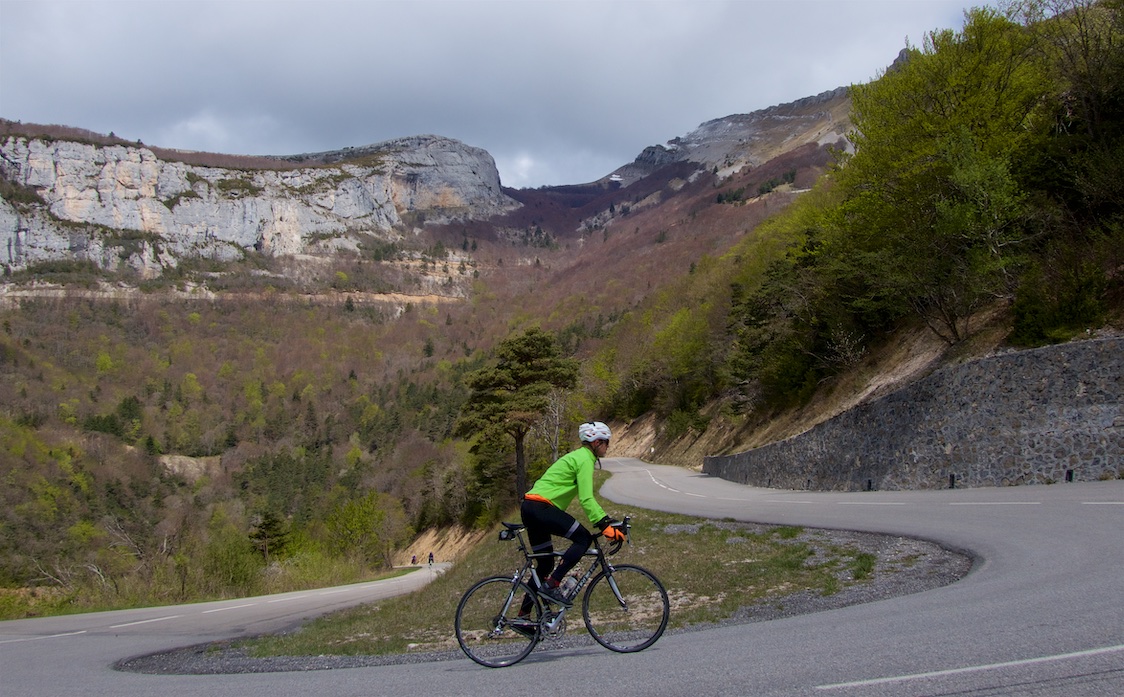 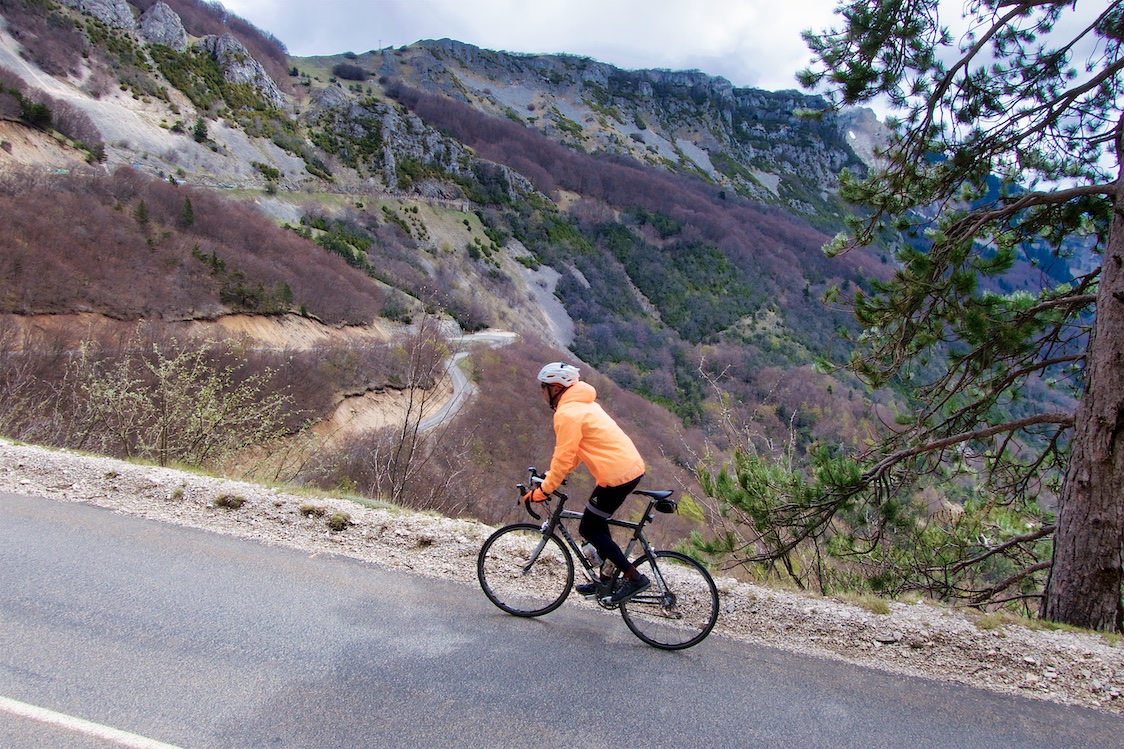 The climb is a south entrance into the Vercors and at the summit is an 800 metre long tunnel. I’ve been to the Col from the north side but was scared to go through the tunnel :). But it’s reasonably lit and has a small side walk that I used when the lone car passed me. 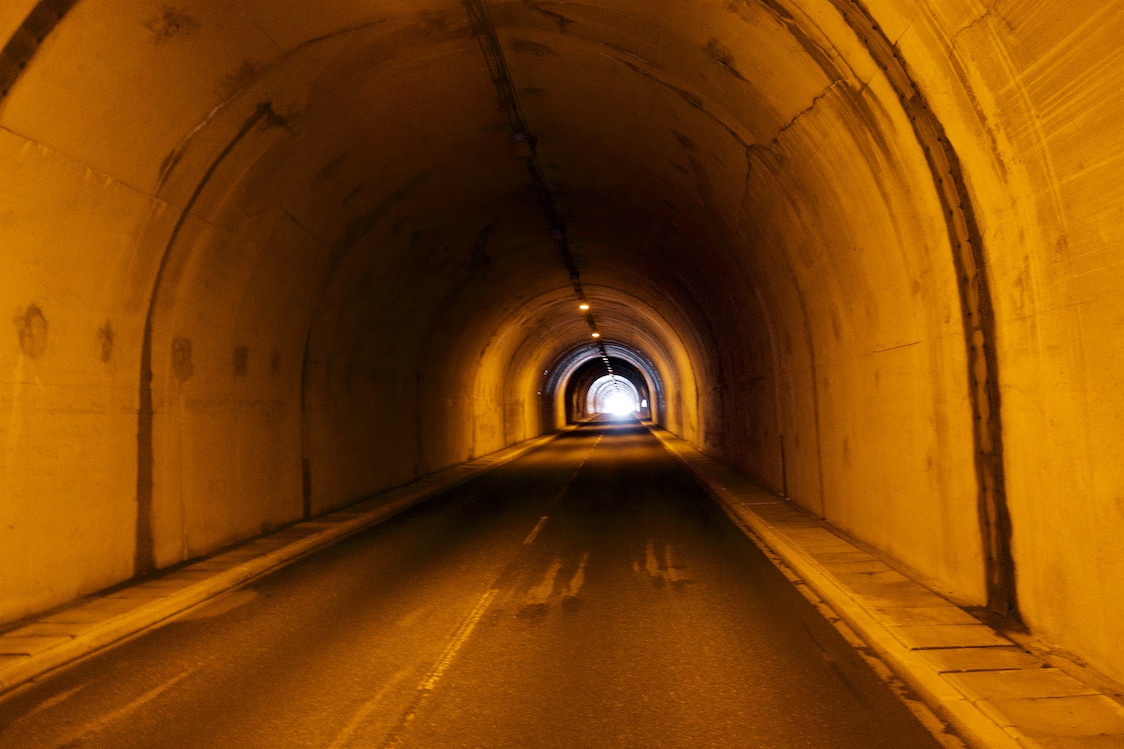 I’ve lost 11 kilograms since January and have been feeling fit. At least fit for an old, mediocre cyclist. But I was nervous about the length and hilliness of the route, so I took a lot fewer photos the rest of the way. But the cols kept coming and coming. The cols are labeled on both maps. 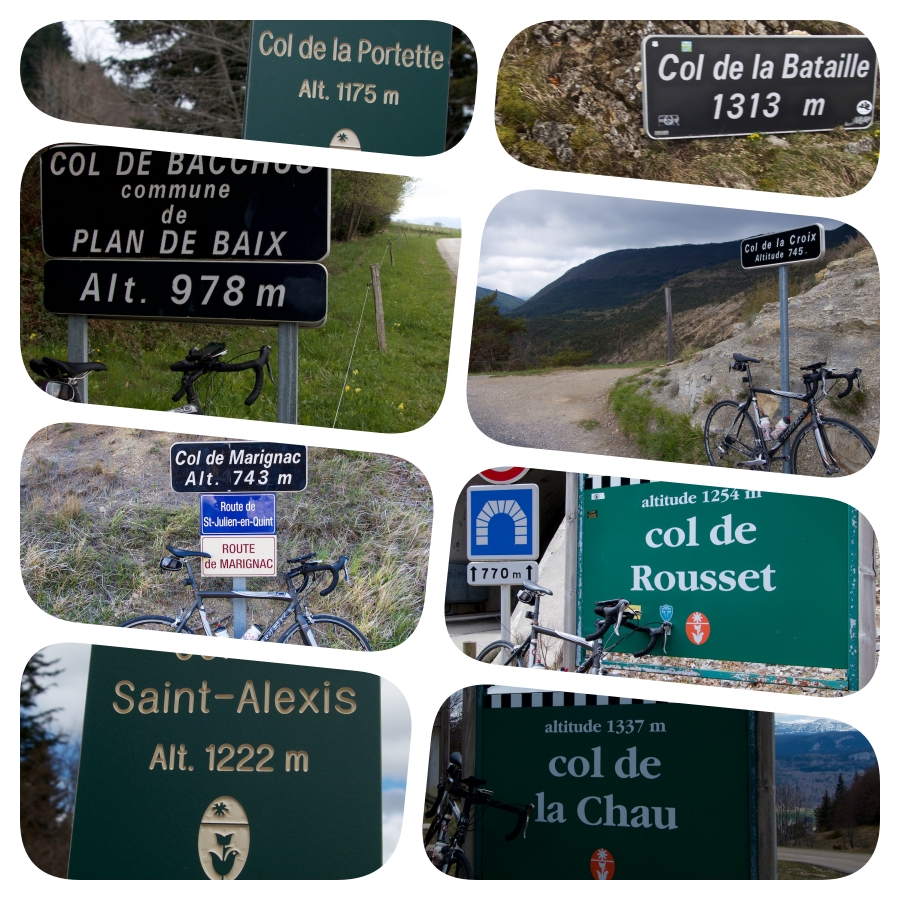 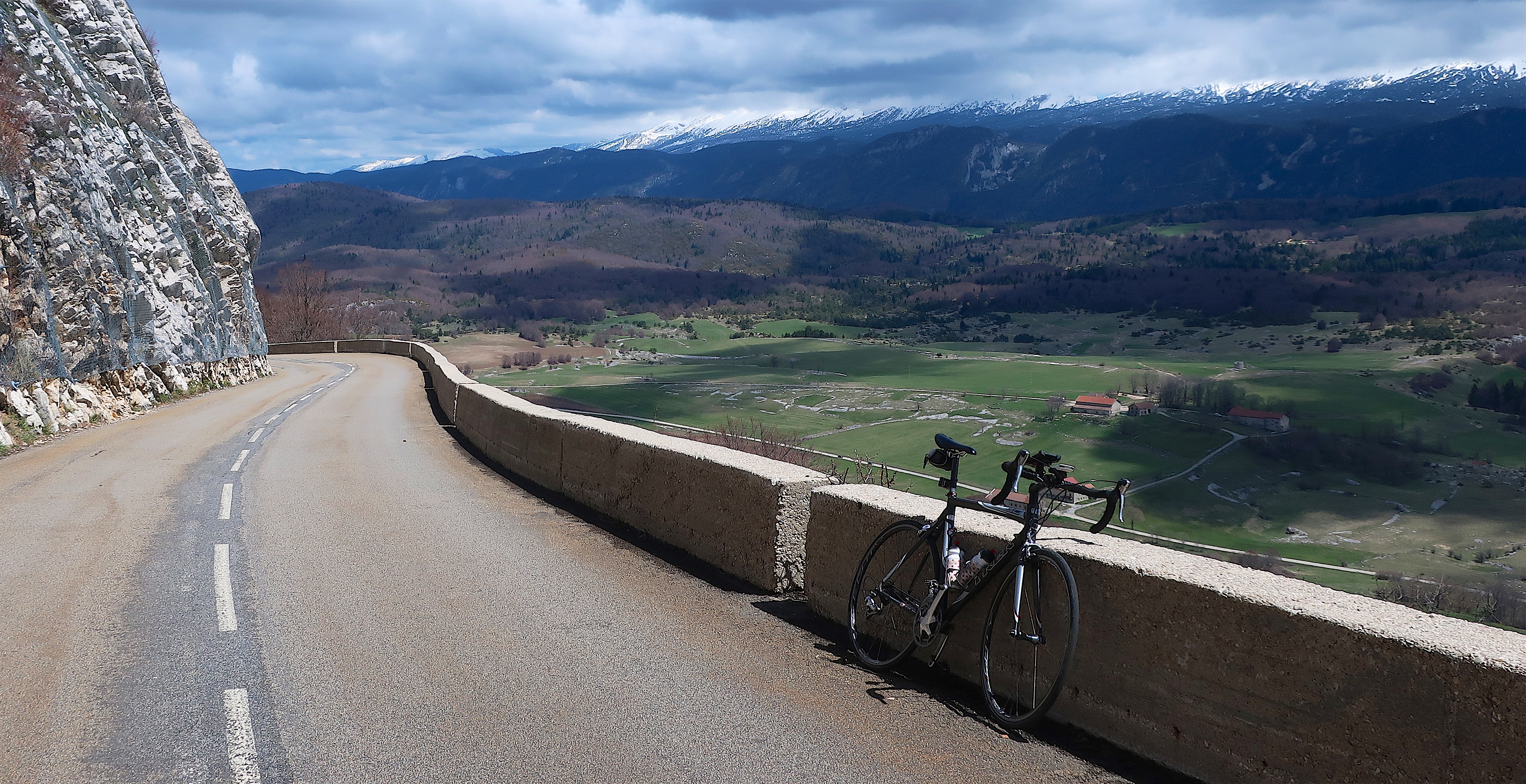 From Col de la Portette (1175 metres) until Col de la Bataille (1313 metres) the route gets fun again with brilliant views on the right side. 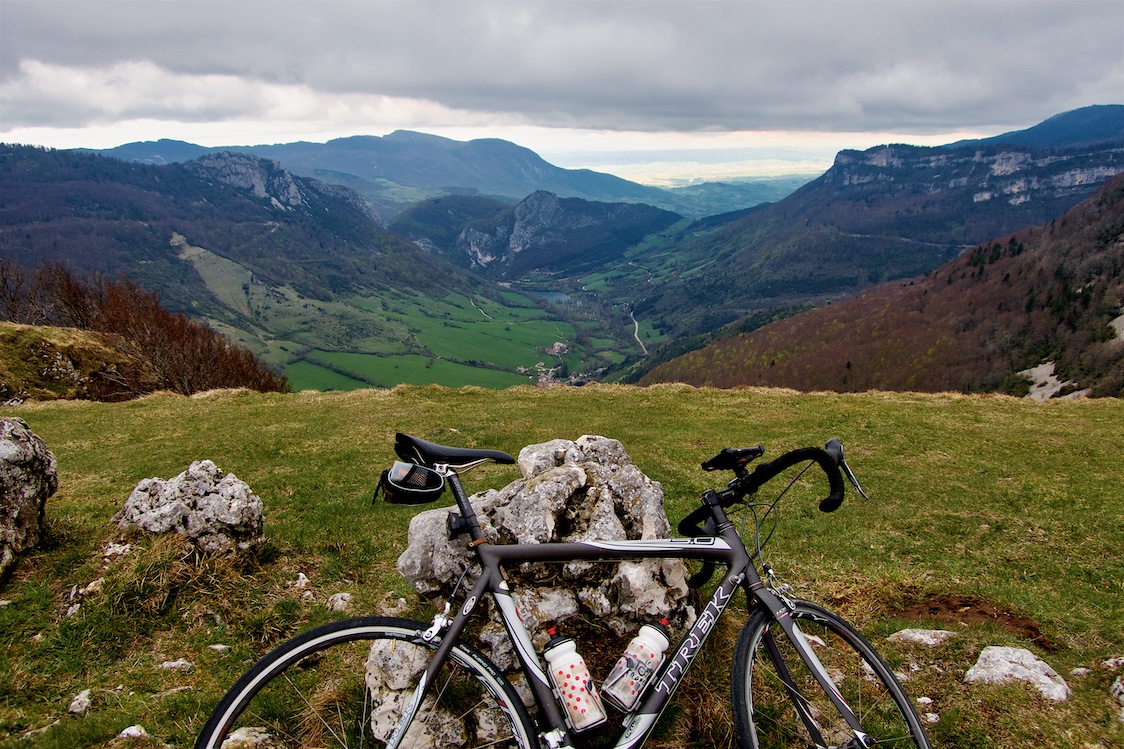 It was cold, windy, and briefly hailed here. I was nervous I’d under-dressed, but the weather ultimately behaved. Col de la Bataille was actually closed to cars as they’ve yet to clean up the road after a long winter. But it was fine on a bike. 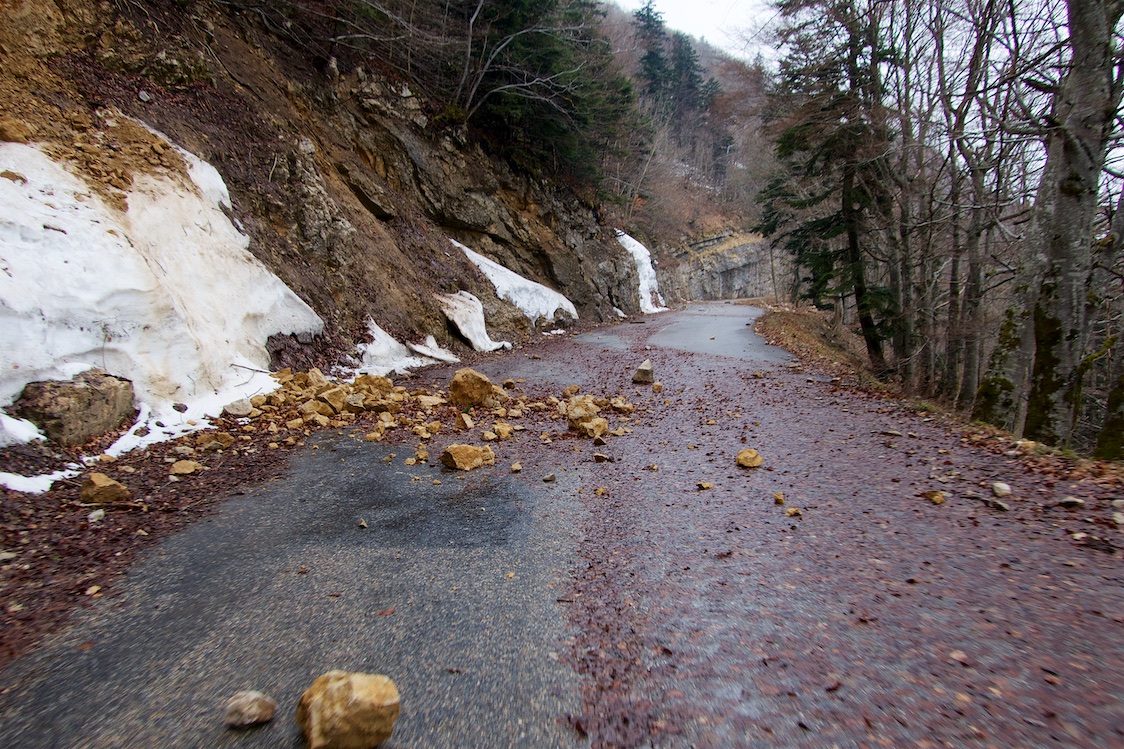 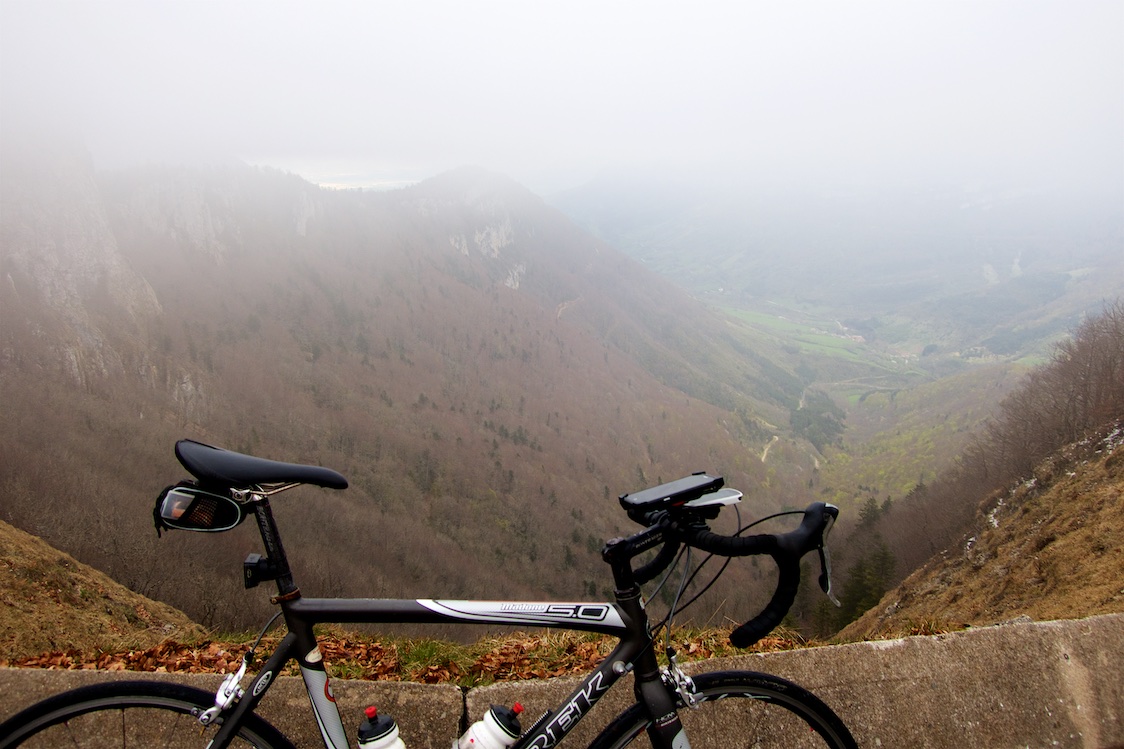 I was glad to descend out of the fog. The hard work was done, and it was just a pleasant, rolling descent to the start via Col de Bacchus (978m).

See here for a more rides in the Vercors.

Reply To Steve B Cancel Reply