A scenic loop up and over the Massif de la Chambotte, in the French Jura mountains, on extremely quiet roads. Fantastic.

My friend Chris and I debated here whether the Chambotte massif is in fact a Jura (geologically yes) or an Alp (geographically yes). 🙂

Starting from bustling Rumilly it takes about two minutes to escape traffic and begin the climb up the east side of Col du Clergeon. It’s 15 kilometres to the summit, but that includes some downhill.

Leaving the pastures, through the higher woods, are a few steep kilometres, before finally reaching the Col on a plateau near the summit of Mont Clergeon. 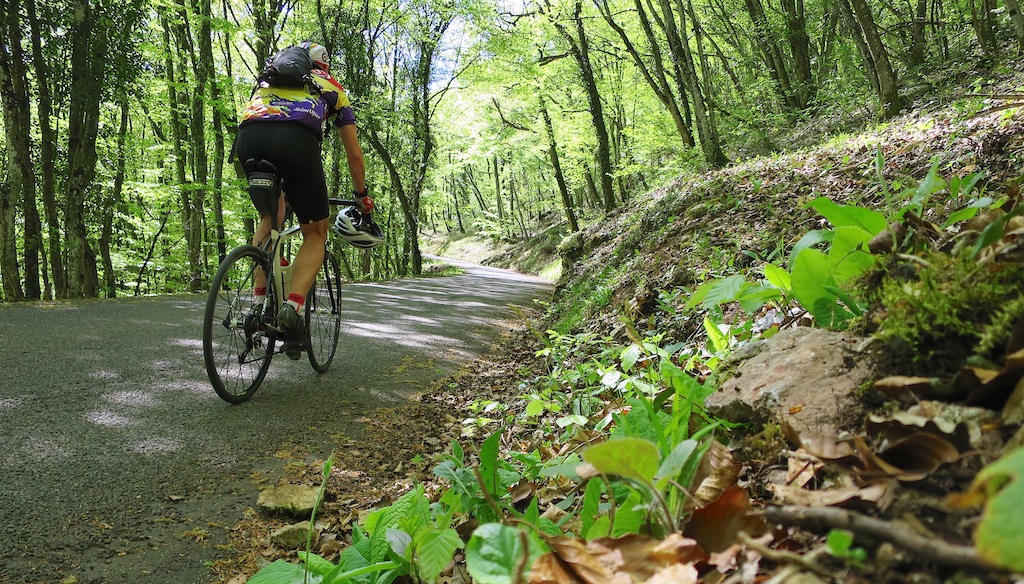 The west side faces the redoubtable Grand Colombier and is shorter, thus steeper, with more hairpins – I descended very slowly. Details climbing the west side (plus an ascent of nearby Col du Sapenay) – are here.

As shown on the map below, I descended to just above the main road, taking a quieter route traversing vineyards to the start of Col de la Chambotte.

This is not the toughest climb (360 metres of ascent) but it’s beautiful: climbing on a narrow road with cliffs on the left and Lac du Bourget on the right. Highly recommended. 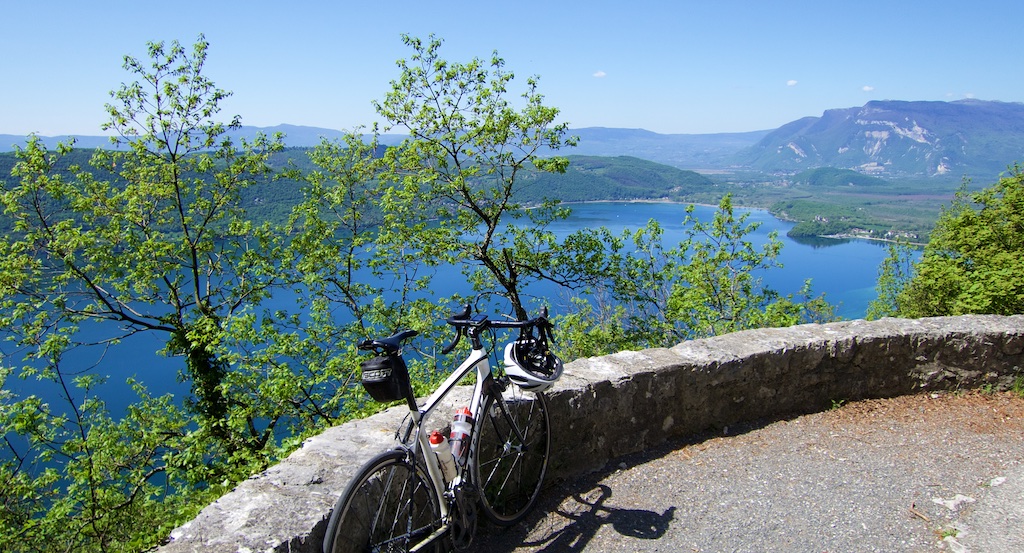 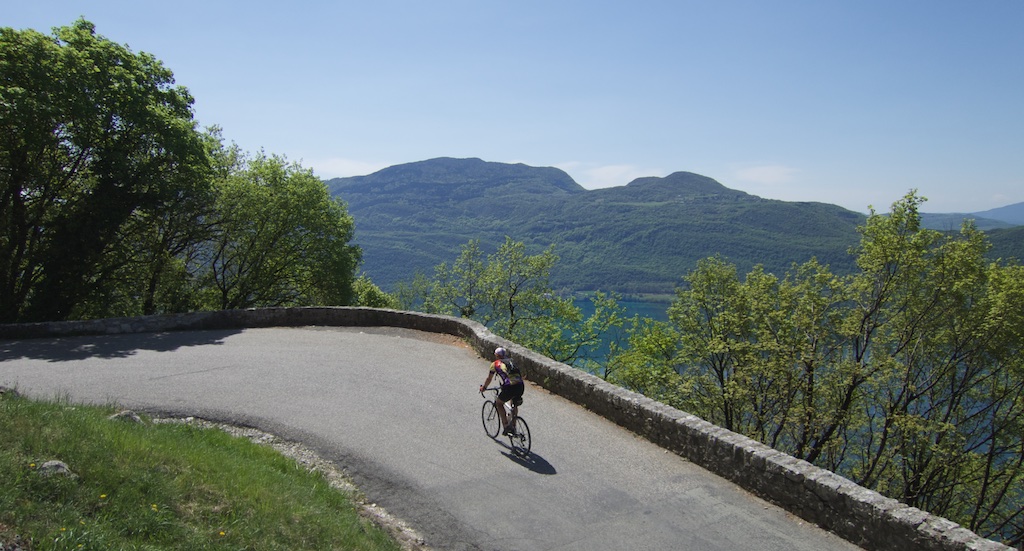 After reaching Col de la Chambotte, there is still some more uphill as I headed towards Cessens. Finally, a great 10 kilometre descent back to Rumilly, not too steep, on narrow winding roads.

Note, perhaps three kilometres of the descent were covered in fine gravel. Apparently the construction work will be complete by end April- annoying but I survived on a road bike.

Here is one more route idea. From a couple of years ago, it climbs the same east side of Col du Clergeon returning by Col du Sapenay: