Photo taken near Doucy – about 1200 metres – a nice view of the ride goals:

A few weeks ago while cycling Col de la Madeleine and Lachat I could see into the next valley and noticed some amazing hairpins up high. Upon further investigation / map reading I realized it was a road above Valmorel. I vowed to take a closer look. This fulfills the vow.

Valmorel is a medium sized ski station a little south of Albertville. It’s a nice 15 kilometre climb to Valmorel (1370 metres) suitable for road bike. But I wanted to get much higher so I brought the hybrid.

To start, I took the slightly longer, slightly harder, slightly quieter, alternate route to Valmorel via Doucy. This takes the other side of the gorge and then descends down to the main road just below Valmorel. But either this way or the direct route – which I descended – is fine for a road bike.

At Valmorel, I had programmed into my GPS a road that Google maps indicated was paved … not even a dotted line. It started out OK but soon became nothing but a very steep trail – used as a single track mountain bike descent by out-of-shape brits who take a chair lift up. I learned later that a better way to ascend would be the way I descended from Col du Gollet – on the road near the summer chair lift. 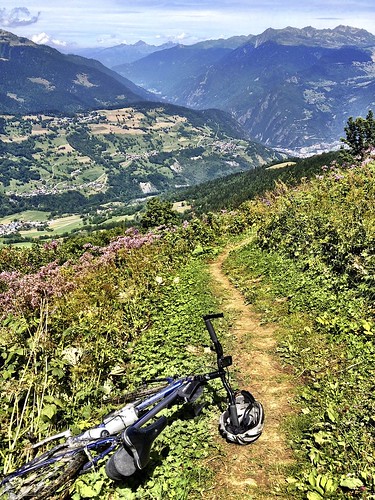 With much pushing, I cheerfully perservered finally reaching Col du Gollet (1991 metres). Fantastic views over the other side into the valley that leads to Val Thorens. From here, the ride became really fun. At the Col is a gravel road that just heads up into the mountains. At first it’s very ride-able but for the rest of the ascent it was often necessary to push for stretches. But no worries. View of Col du Gollet from above: 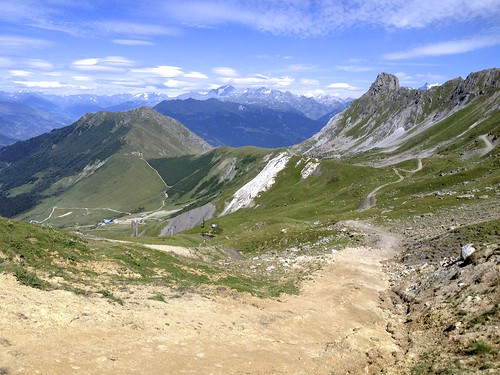 Some of the hairpins were REALLY steep: 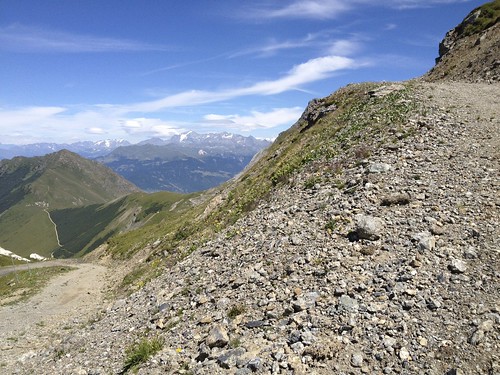 Col du Mottet (2347 metres) is the top of Valmorel ski station. It’s a great feeling riding along the ridge looking down in both directions. While there was no Col sign, luckily a ski piste was named Col du Mottet: 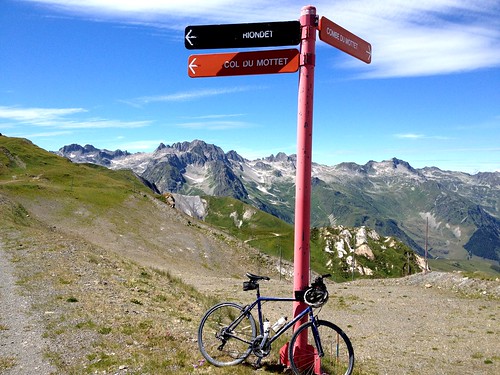 Next, after a short, steep descent, I took the fairly crazy road up to Col de Riondet: 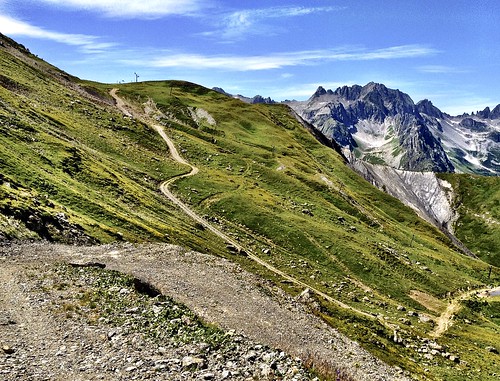 From Riondet are spectacular views of the final hairpins of Col de la Madeleine below in the distance. I scanned the cliffs below for a way down to try and get across, but even with an IGN map, I couldn’t find a remotely sensible option. 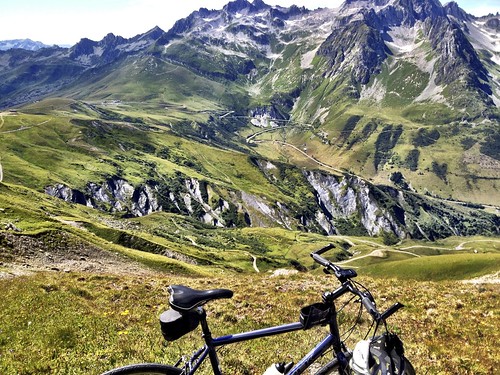 Similar to Col du Mottet, I couldn’t find a Riondet col sign, but I did find a black ski run named Riondet: 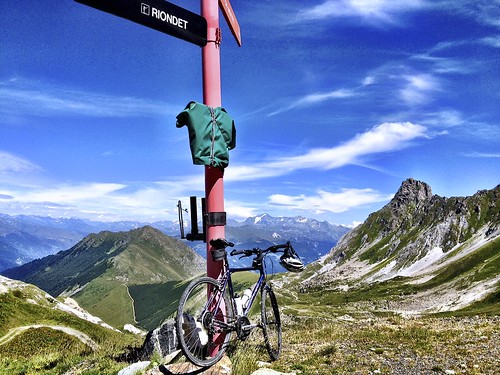 This was a lot of fun and will perhaps spawn a new sub-hobby: cycling to the top of ski stations. 🙂