If you’ve ever cycled the north side of Col du Galibier, you may have noticed an intriguing looking gravel road high on the left. Starting from Plan Lachat (roughly 2000 metres), this is an old military road that climbs to Camp des Rochilles, a French army base that was part of the Maginot Line.

This was the first ride of a three day loop. It includes something like 14 cols well above 2000 metres and most reachable only with thicker tires. This is a map of the entire route.

I started from Valloire, skipping Col du Télégraphe as I wanted to focus on the high unpaved route – and I am weak. So I took the main road towards Galibier until Plan Lachat. There were lots of cyclists and lots of cars around so I was happy to turn onto the gravel and solitude.

It’s not an easy surface, but perfectly rideable. The views of Le Grand Galibier peak (3228 metres) dominate the hairpin-filled climb.

Just before Camp des Rochilles is Col de la Paré (2412 metres). I did see one motor vehicle, a French army truck passed me. This base is still used. The road climbs above the camp reaching Col des Rochilles (2496 metres) and the first of the three lakes, Lac du Grand Ban:

There is an easy route on the left side of the lake, but I took the right side ridge in search of Col des Cerces (2574 metres). 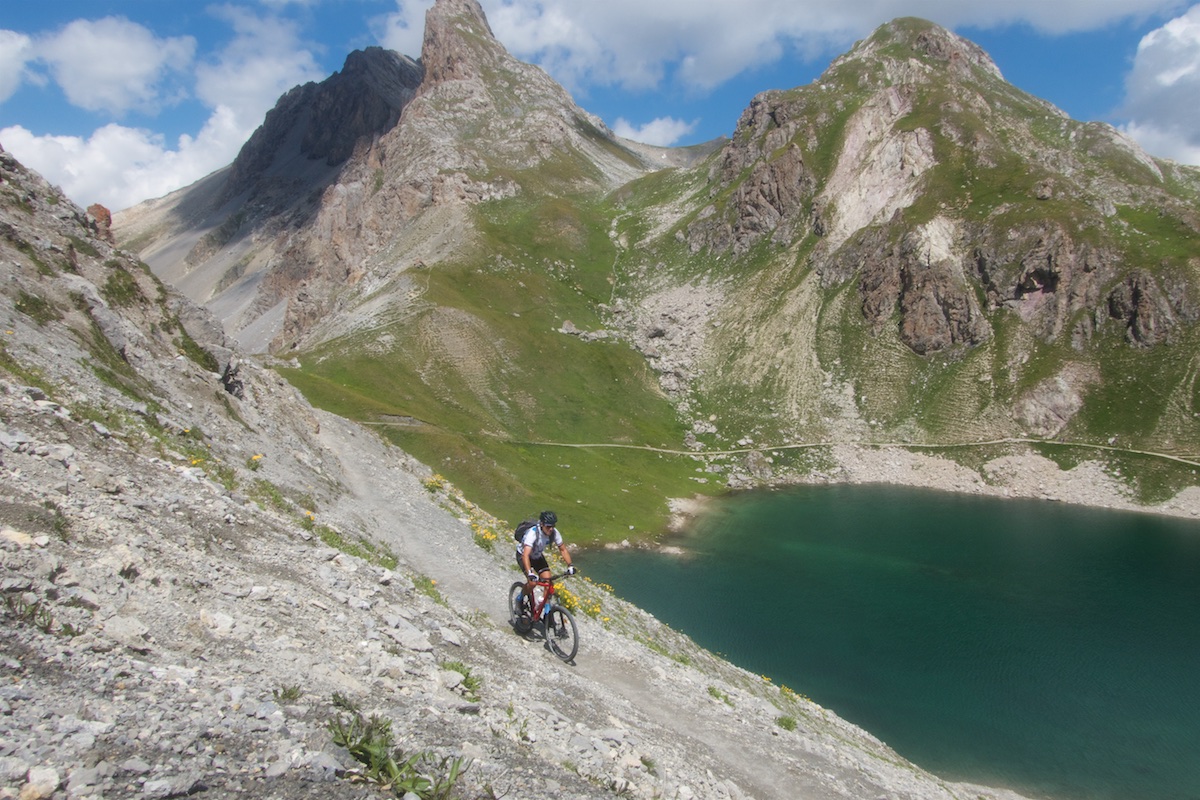 I went over Col des Cerces to have a look. It’s possible to descend to Lac des Cerces, and then climb to Col de la Ponsonnière (2613m) a couple of kilometres beyond, to escape the valley. Maybe a future project.

But I turned around with my next stop Col de la Plagnette (2525 metres).

Over the top of Col de la Plagnette would be a great route to eventually return to Valloire as the trail reaches the top of some ski slopes with a ski lift service road down. Definitely a future project.

But I was heading down in another direction, south.

And another geographic col: Seuil des Rochilles (2459 metres). From here the route starts heading down. It’s not an old road but a well-used hiking trail. Generally very rideable and stunning scenery. 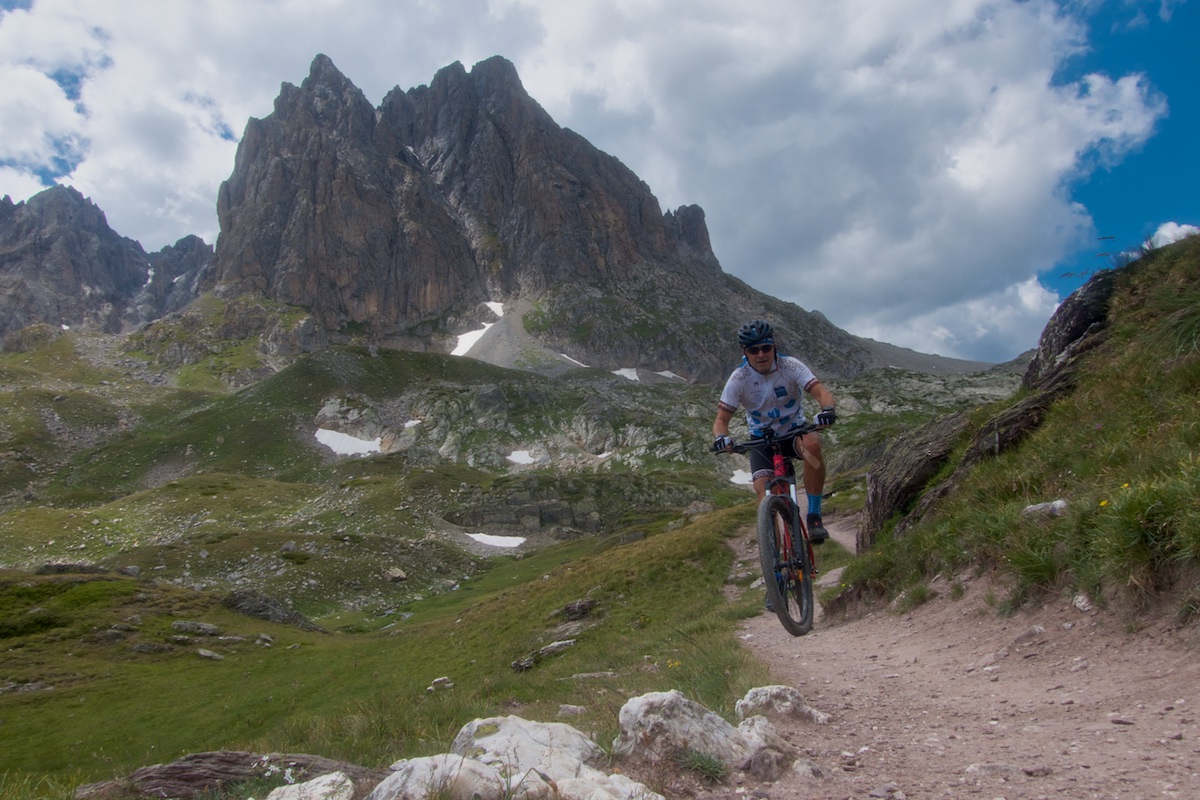 As I got lower, I would see more hikers as there is a paved road down from Laval (2030 metres). I stopped for a drink at a refuge, and then enjoyed the long descent to Briançon. I stayed on the paved road as it was nice to go a little faster, but lower down there are definitely some mountain bike options parallel just to the right.

This valley runs along the Italian border and I passed the turn off to Col de l’Echelle (Colle della Scala). High above, I would see the summits of some very fun gravel climbs like Mont Chaberton (!) and Fort Janus. And tomorrow’s adventure would visit 6 cols high above on my right. This region is paradise for those searching for big climbs with wider tires.