I like to consider myself a fairly good “Col Hunter.” But my friend Bastien is a true expert.

He took Philippe and I on a 16 Col (!!) tour of the lovely Haut Beaujolais region – plus a climb to the lookout atop Mont St. Rigaud. Admittedly we passed by many of these cols without climbing them from the bottom, and even descended to a a few. 🙂

The Beaujolais region is just north of Lyon. It is famous for its wine, especially the low cost, but immensely popular Nouveau Beaujolias. We started low, below 200 metres, on the west side of La Saône river in St-Georges-de-Reneins, but quickly headed up through the vineyards into the Haut Beajolais.

Early on we struggled to fix Bastien’s flat tire ….. but it was a beautiful spot for a puncture: 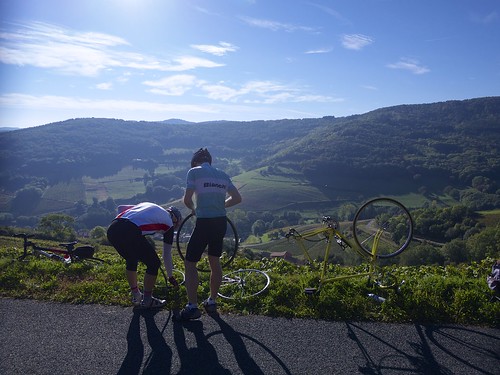 In addition to the 16 cols, we climbed to the summit of Mont St. Rigaud – the highest point of the route at just over 1000 metres. The last kilometre or so is nastily steep, bumping over 20% briefly. But the reward at the top is a tower – similar to forest-fire lookouts – with views across the region. It was fairly hazy but Philippe assured me that the white thing in the far distance was Mont Blanc and not a cloud.

There is a fabulous orientation table with the distances to 200 locations around the world: 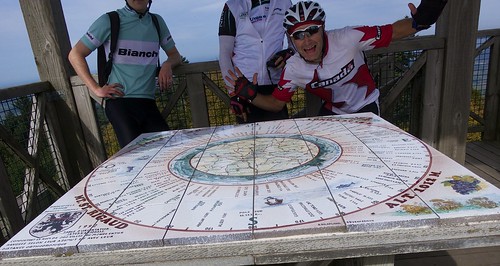 Other highlights of the ride: 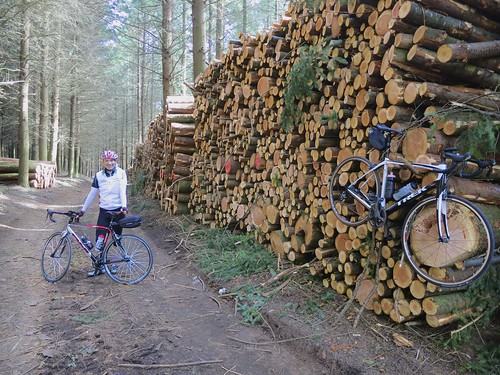 A great statue of Napoleon at Col des Echarmeaux – I rubbed my belly in sympathy: 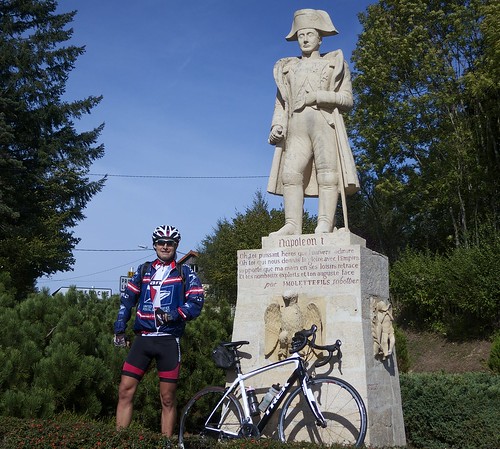 And instead of a beer to celebrate this fabulous ride ….I had my first “Monaco.” Cheers. 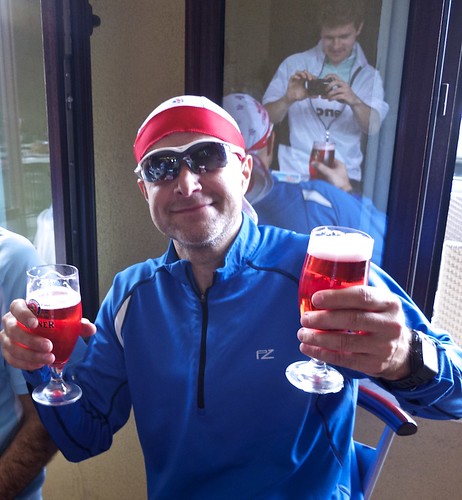 For another col hunting route in the Haut Beaujolais a little further north but including a few of the above cols see here.