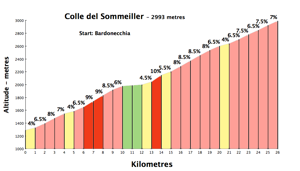 At 2,993 metres, Colle del Sommeiller is one of the very highest roads in Europe.

There is a great sign at the very start with various warnings, that calls the road “marginali.” Only the first 6 kms are paved (badly), and the surface for the remaining 20 kms can be rocky and challenging. But what a fun climb!

From Bardonecchia, the start can be tricky to find. See map below, or follow signs to “Rochemolles.”

At the village of Rochemolles, the paved road ends. A very rough, rocky road immediately hairpins up. And the fun begins. As an added bonus, after 10 kms or so, there is a nice dam / alpine lake at 1974 metres altitude. 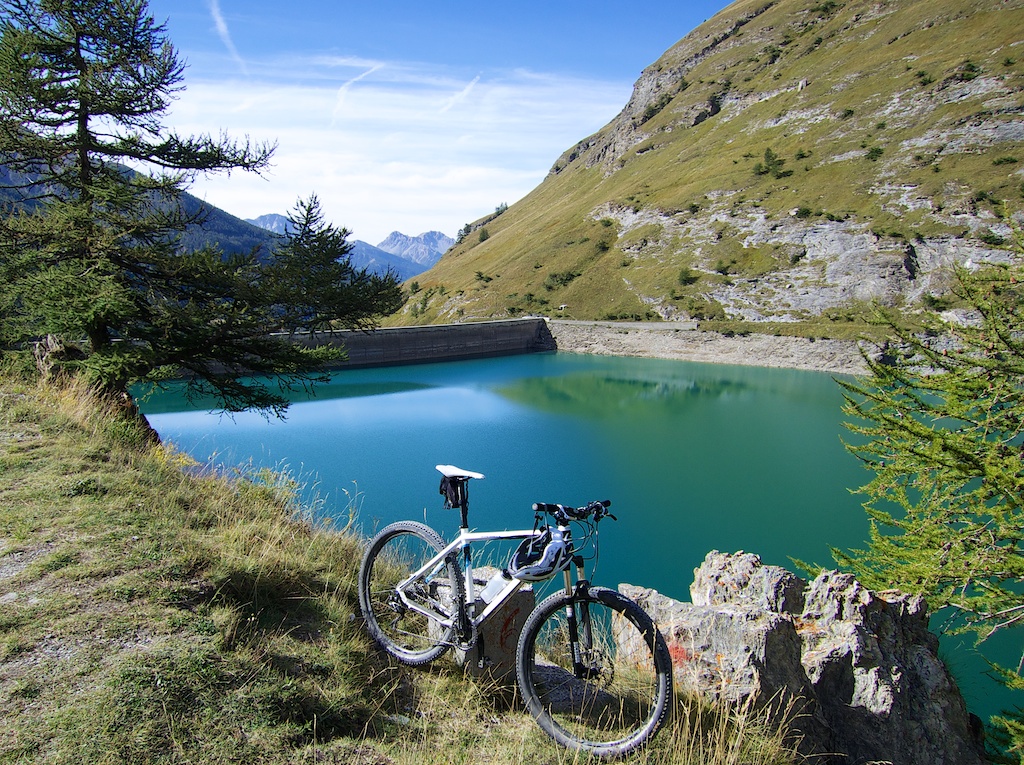 The pass is named after Germain Sommellier, the chief engineer of the construction of the 13.7 km Fréjus railway tunnel under the Alps (opened in 1871) which starts exactly at the beginning of this climb. According to the sign at the summit, historically, the pass was called Col d’Ambin.

After the lake, the road soon climbs to a little plateau and the Rifugio Scarfiotti. It is like an amphitheater here. Big mountains on three sides. A little like Cirque de Gavarnie, or Cirque du Fer-à-Cheval. Usually the road would end here, but ahead was a series of unlikely hairpins that climbed up to the next valley. Amazing: 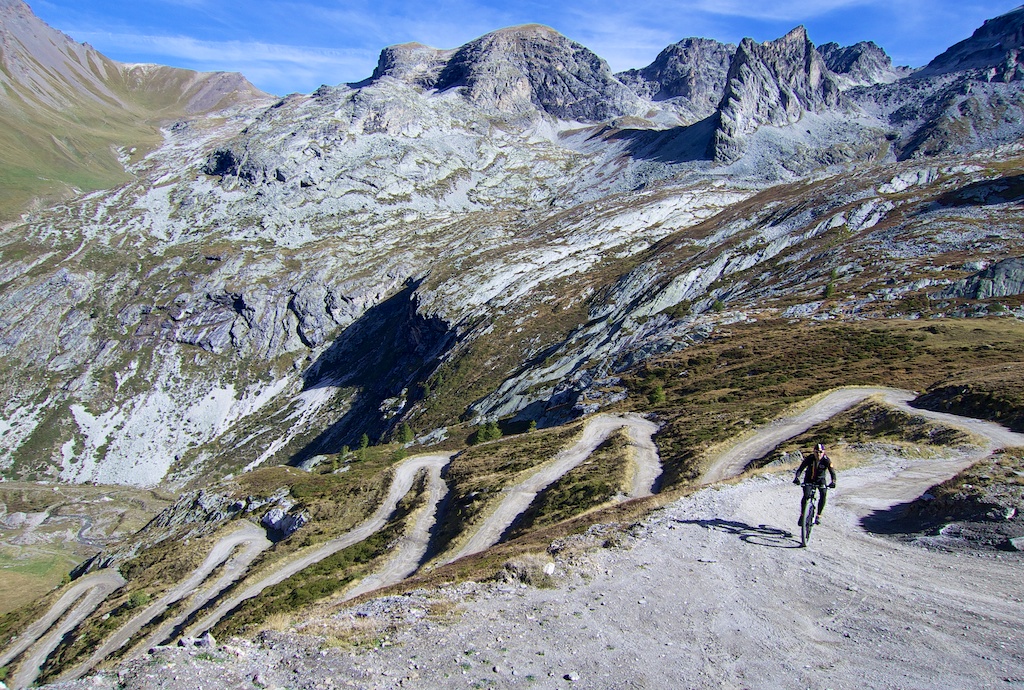 only the top hairpins fit in the photo

Occasionally, looking ahead, it was difficult to even guess where the road was heading. After these hairpins, the road winds through a deserted valley getting ever deeper into the mountains. 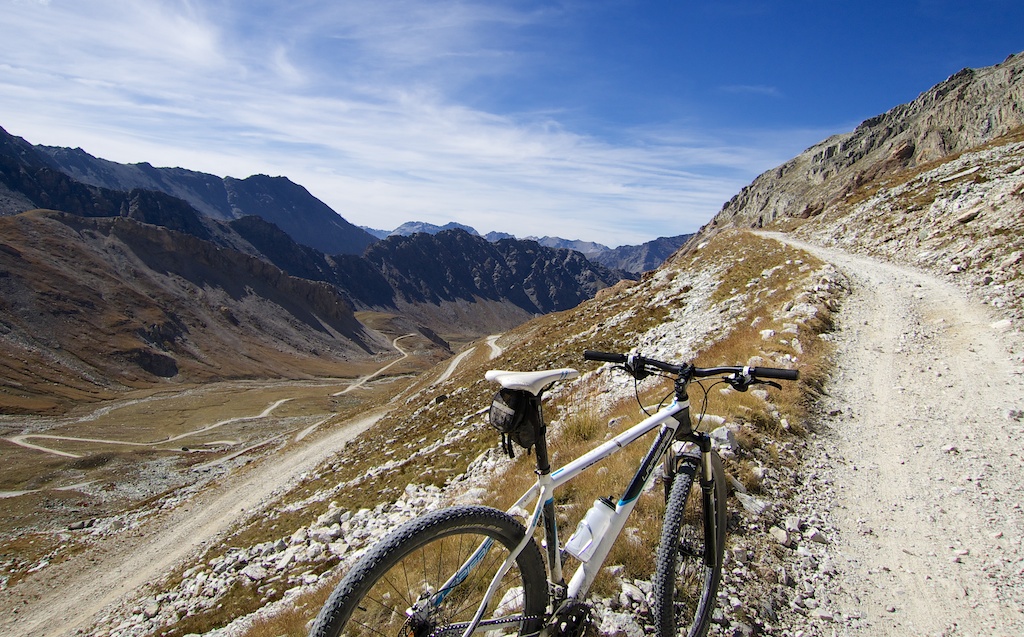 Finally, a few kilometres from the top, there is another series of huge hairpins as the road gets really high. The surface is difficult here, but the environment is stunning. 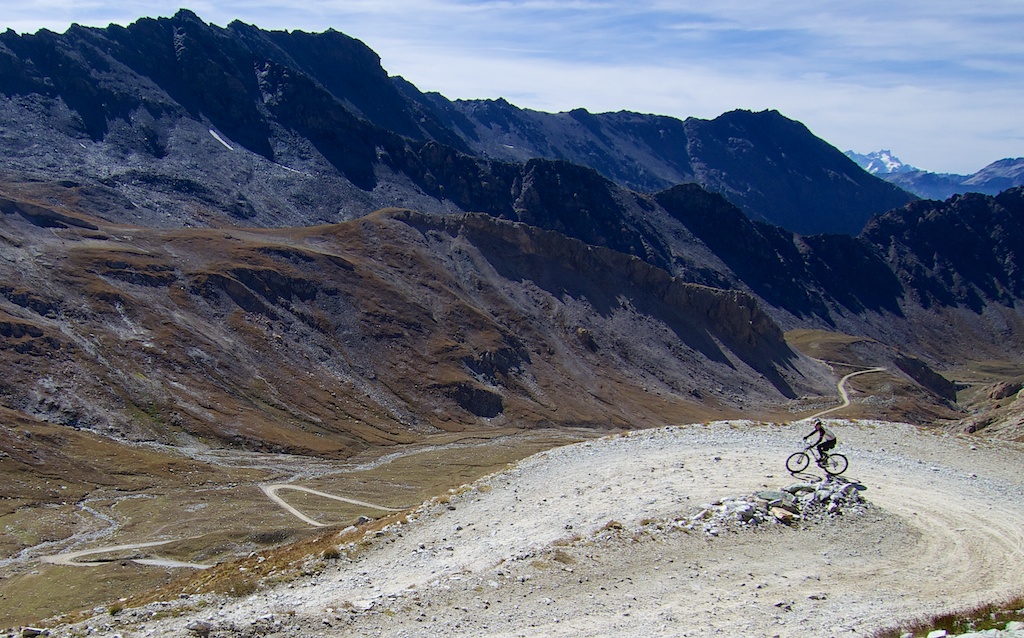 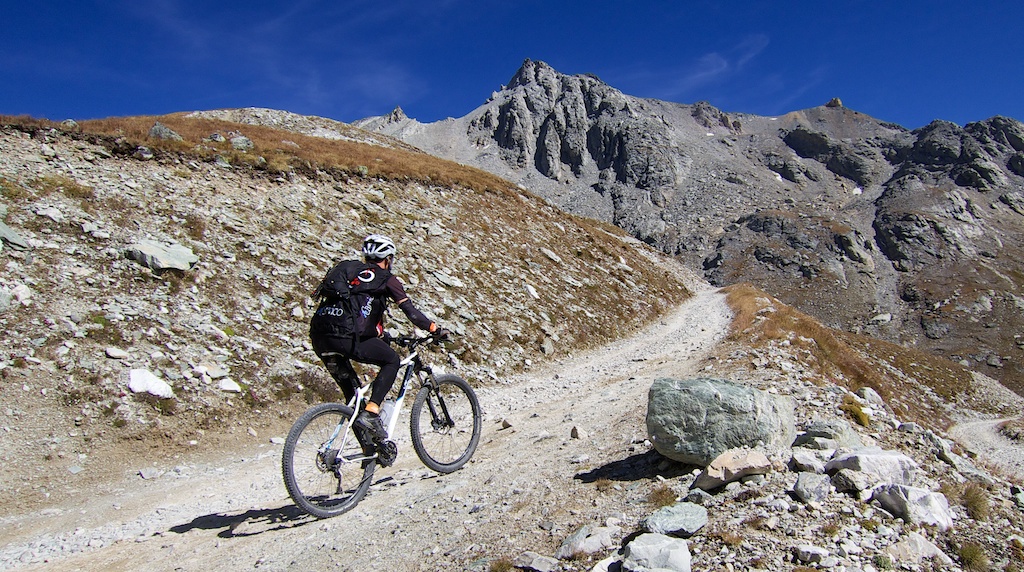 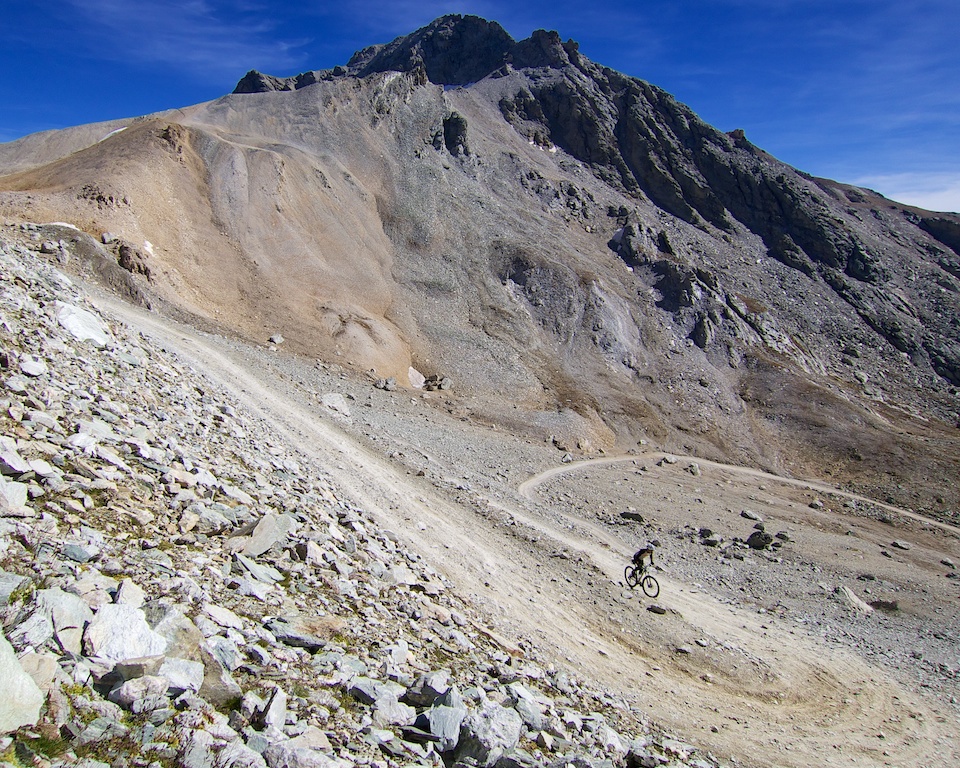 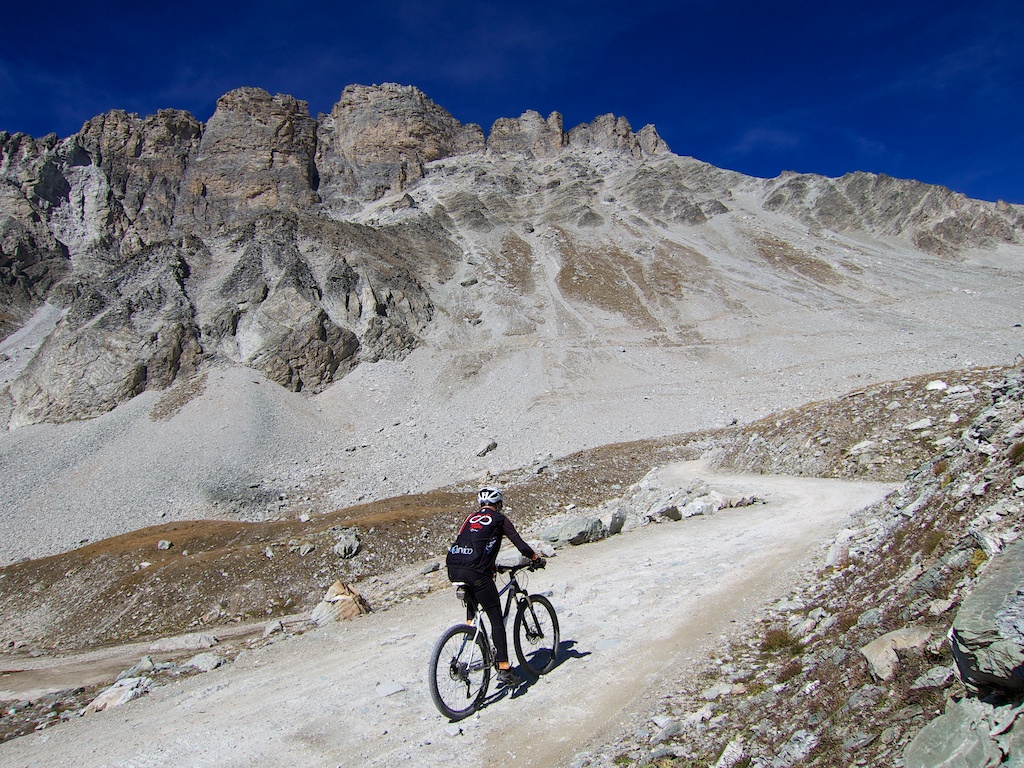 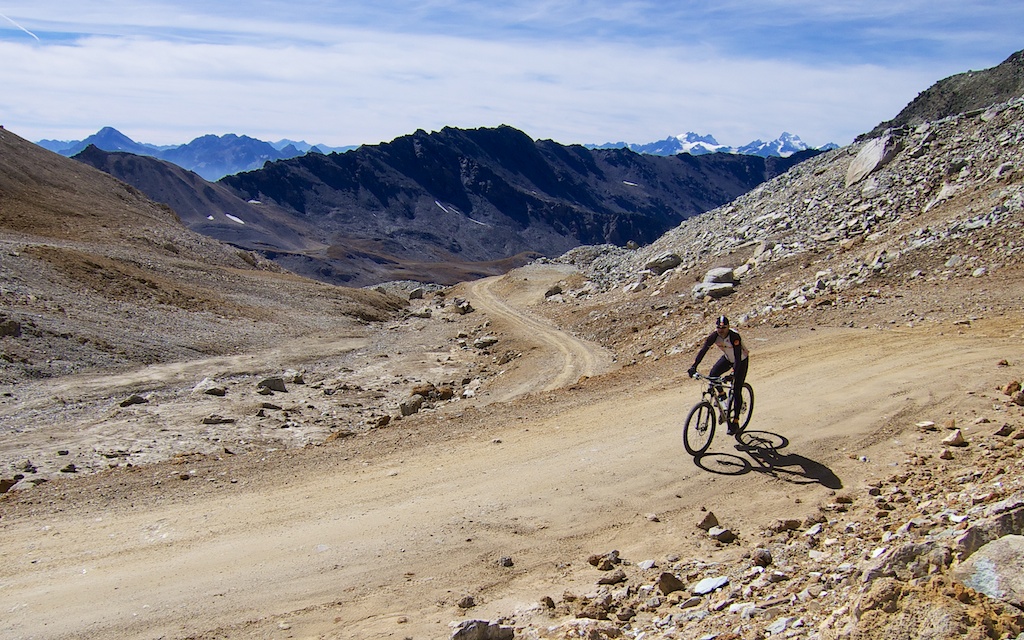 At the summit is Lago di Sommeiller. The sign (dubiously) claims it is the highest lake in the Alps. The water level is very low at the moment, the lake is often several times larger. 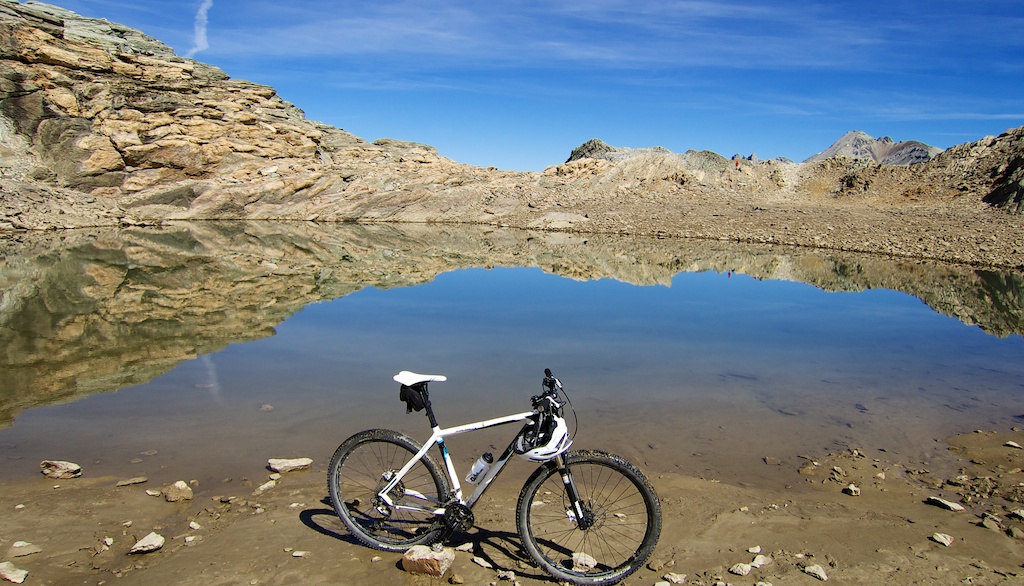 The pass is after the road barrier and a touch behind the lake. Since it is at 2993 metres, I — of course — had to climb higher with the bike to ensure getting above 3,000 metres. 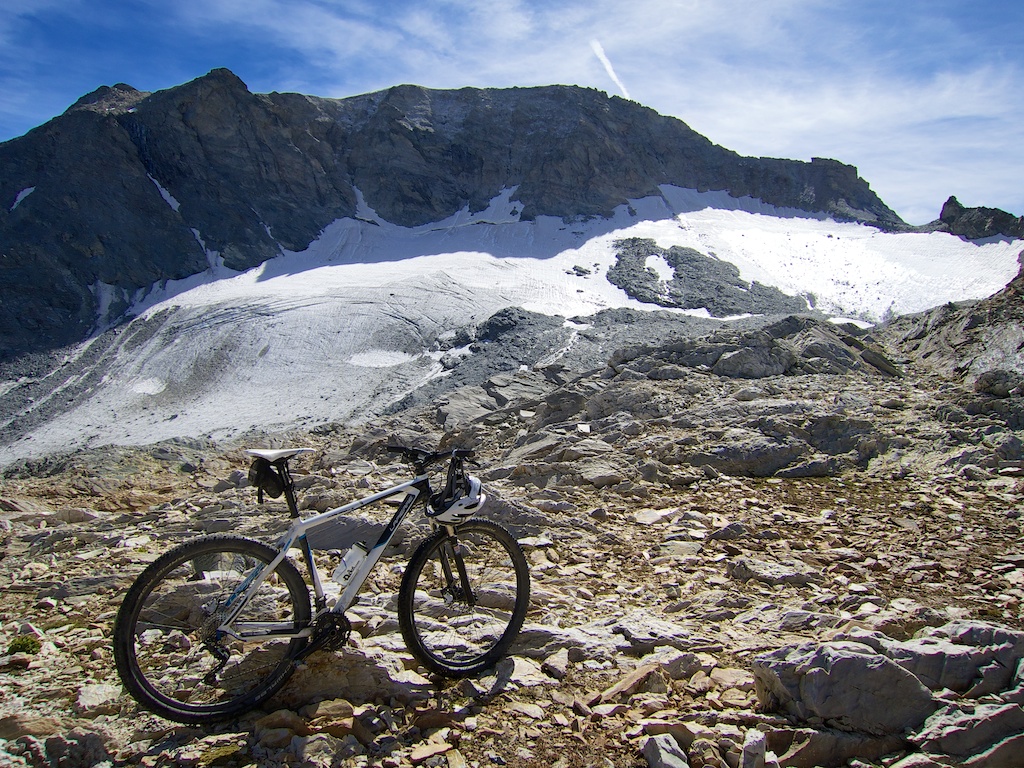 The road was formerly used as access to ski lifts allowing summer skiing on the Glacier du Sommeiller. This stopped in 1980 due to the declining glacier, and the impracticality of the road.

Sign (incorrectly?) claims it is highest lake in Alps

A nice, quiet day in late September was the perfect time to attempt this truly incredible road. Cycling author Daniel Friebe told me this climb was the “Holy Grail.” Yep. 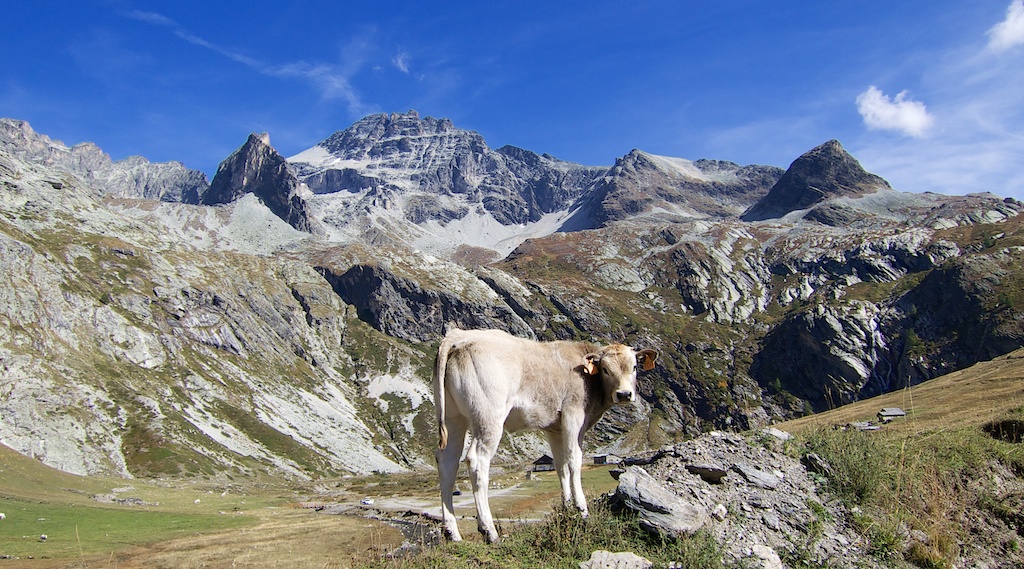