Looking for a tougher 3-side climbing challenge than the Club des Cingles du Ventoux? Then try cycling all three sides of Colle Fauniera in a single day. Because unlike Ventoux, Fauniera doesn’t have an “easy” way up.

This remote, demanding, and magnificent road is one of the higher (2481 metres) paved mountain passes in Europe. I cycled the east side from Pradleves, and the south side from Demonte (see map below), but didn’t have the legs (or the daylight) to manage the third side from Ponte Marmora. 🙂

EDIT: I have now done the 3rd side … fantastic. Here are details including going beyond Fauniera on unpaved roads through the Altopiano della Gardetta.


Starting in Pradleves, this is one of those magical climbs that is beautiful the entire way up – not just the top stretch. The road is always interesting. The first several kilometres pass up through a tight gorge with a noisy torrent providing a white-noise soundtrack.

Enjoy these first few easy kilometres because this climb gets tough, with many steep stretches. Take a close look at a few of the signs below. Ouch. Note, a few of the hairpins are named after famous cyclists (the photo is of the Fausto Coppi hairpin). It is slightly strange that there are hairpins named after famous old cyclists as the Giro d’Italia has only climbed to the summit here once, in 1999, in a famous stage won by Marco Pantani. 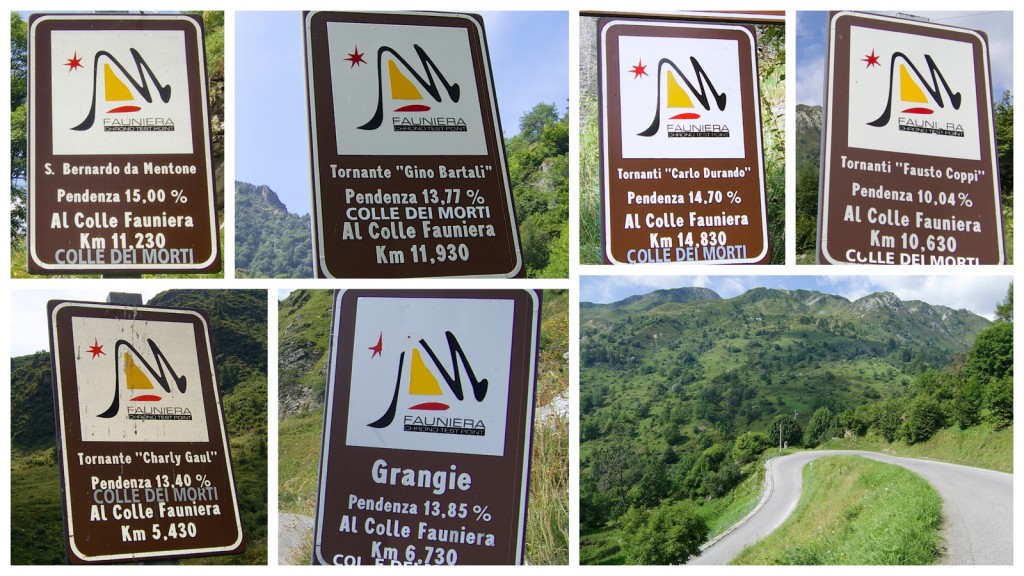 This is a great climb for “col hunters” as there are two high passes just before Fauniera, and another just after. I’ve labeled them all on the map below.

Colle delle Esischie was a summit finish in the 2003 Giro. But of most interest to me was Colle Valcavera. At the Col I could see very inviting old, unpaved, military roads. A future project would be to climb up this other side with a mountain bike.

At the summit of Colle Fauniera is a huge statue of the Italian cyclist Marco Pantani. 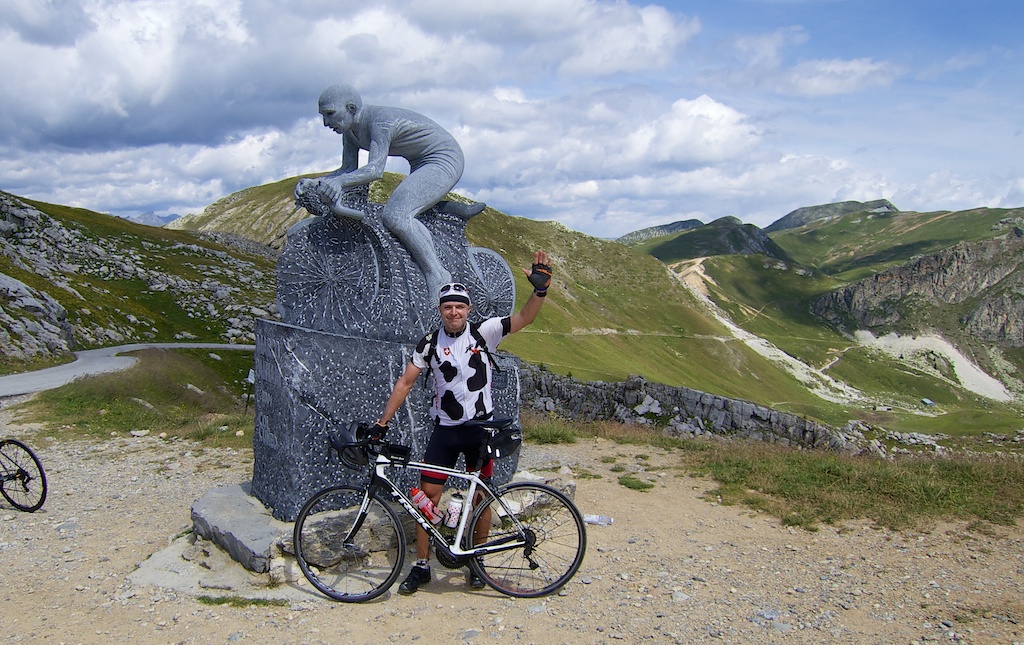 I was so excited by this beautiful climb that – despite my weak legs – I decided to descend all the way to Demonte so that I could see another side. I found the top half of this side – above the tree-line – absolutely beautiful.

I know I drool a lot about climbs. But this one really deserves to be near the top of any col hunter’s to-do list. It is fantastic. Hopefully, next year I can visit again, either climbing the third side, or even better, finding a way up by mountain bike.