From Geneva, it’s only a 90 minute drive (including a dash through the Mont Blanc tunnel) to Morgex, Italy and the base of these two fantastic climbs.

Colle del Piccolo San Bernardo is perhaps better known to many by its French name Col du Petit Saint Bernard. It sits on the Italian/French border and is a perfect link between two great cycling regions. Details of the French side of Pt. St. Bernard are here.

Colle San Carlo – entirely in Italy – provides a much stiffer challenge than the early slopes of St. Bernard – rejoining the route to France roughly 10 kilometres from the summit.

Below, I have added the entire profile for Petit Saint Bernard. The mapped route only climbs the last 10 kms – but descends the entire way.

Colle San Carlo is steadily steep. Roughly 10kms @ 10%. Nicely craved wooden signs warned me each kilometre, how much the next stretch was going to hurt: 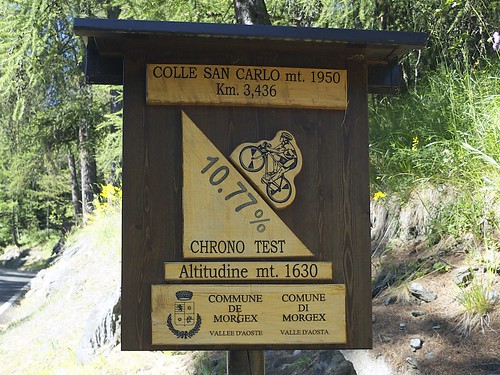 Beyond the extra challenge, San Carlo is also definitely a quieter option than Petit Saint Bernard, which gets tourist traffic crossing the Italian/French border. Still, I rode this on a Sunday in July, and the traffic wasn’t too bad – and I am fussy about quiet roads. 🙂 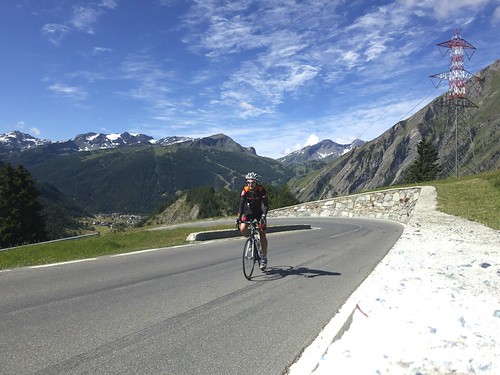 After summiting San Carlo, it’s a 6km descent into La Thuile ski station where the route joins Petit St Bernard for roughly 10 uphill kilometres to France. The road was full of cyclists. 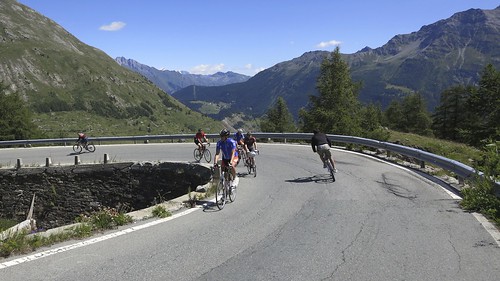 After surviving the steepness of the first climb I felt great climbing the easier upper slopes and soon found myself at the summit surrounded by stores selling stuff Saint Bernard dogs. 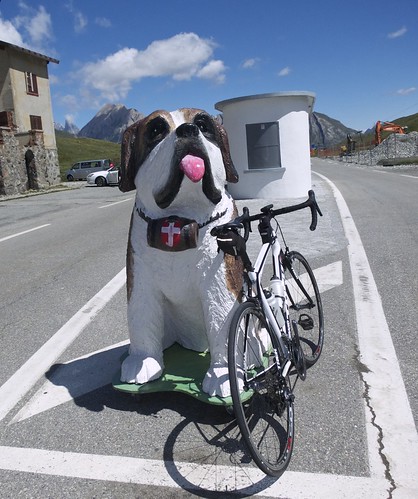 I had lunch up top and then descended back to Morgex via the entire Pt Saint Bernard route. The bottom stretches are filled with a bunch of numbered hairpins – lots of fun – and the occasional view of Mont Blanc towards Courmayeur. 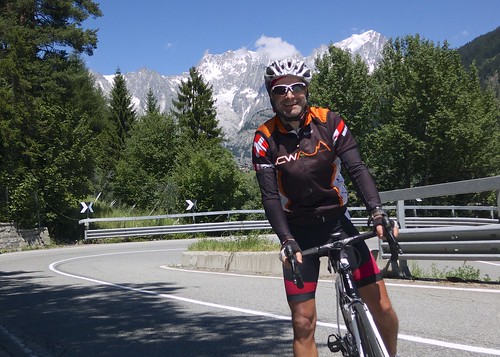 If you are in the Aosta valley, visit a Tourist office. For free, they gave me 37 cycling route cards for the region. Ranging from flat to very challenging, there is lots of cycling to explore here.