Trending
You are at:Home»Favorites»Grand Colombier to See the Sunrise

Part of my silly annual Cycling Challenge for 2017 was to cycle a big climb to see the sunrise. Years ago, I climbed Mont Ventoux and Col du Galibier in the dark, arriving at the summit just before dawn. This year, my friend and fellow Steel Wheeler Tim volunteered to join me. This made me happy as I remember being quite scared alone in the pitch dark while ascending Galibier. I am not joking. 🙂

Our key criteria: a big, interesting climb with a clear view eastward from the summit. We agreed on the Jura Giant: Grand Colombier via its most scenic Culoz side.

There are four challenging sides up Grand Colombier – details here. And here is a recent loop that includes the quite crazy steepest side – as well as Col de la Biche. Both as ridden by the 2017 TdF.

While it’s easy to make excellent loops here, our plan was to simply ride up and down the scenic Culoz side. This is the side that appeared in Grand Colombier’s Tour de France debut in 2012. It is easily the most interesting of the four options, with its lacets (hairpins) jutting out of the south side of the massive with views of the Rhone river, the Alps, and the biggest lake in France (Lac du Bourget) – see bottom of the post for daylight views.

Here is a 48 second video of the lower hairpins from the 2012 Tour. Fantastic!

Early in the year, this side was closed for several months after a huge landslide. But it was re-opened a few weeks ago.

New road and retaining wall on left after landslide

The weather was perfect and we could see plenty of stars and a half-full moon. My night photography skills are lousy, and I struggled to get focus working in the darkest stretches. But we were near jubilant at the peaceful and unique atmosphere. 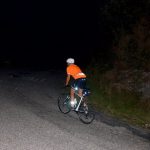 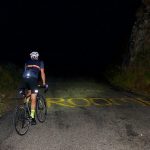 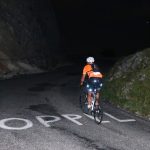 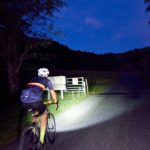 After the “lacets” section is a long, steep, straight stretch in the woods. A few kilometres from the summit we exited the woods and could see the first pre-dawn light colouring the distant Alps. Beautiful.

We were feeling quite pleased with the views but it was still twenty minutes before the sunrise. And the sky kept evolving by the minute. Changing brightness, colours, etc. Amazing. 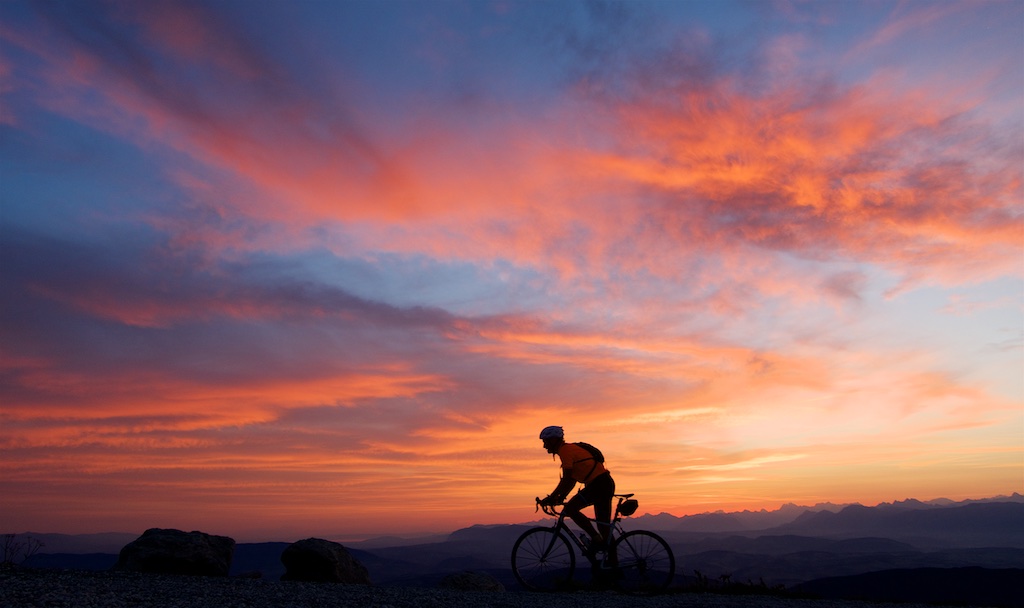 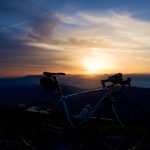 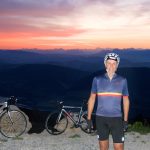 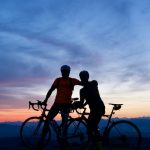 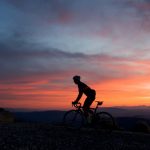 We could almost see it moving as finally, the sun peeked above the horizon. Woohooo!

It was a little chilly, so we decided to descend. Of course stopping for a few quick photos on the lacets (hairpins). 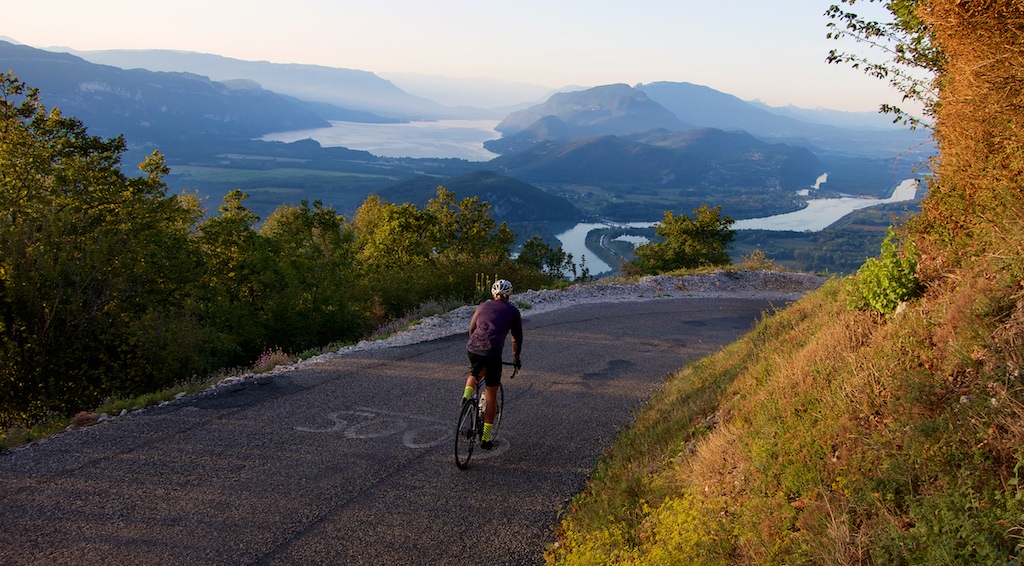 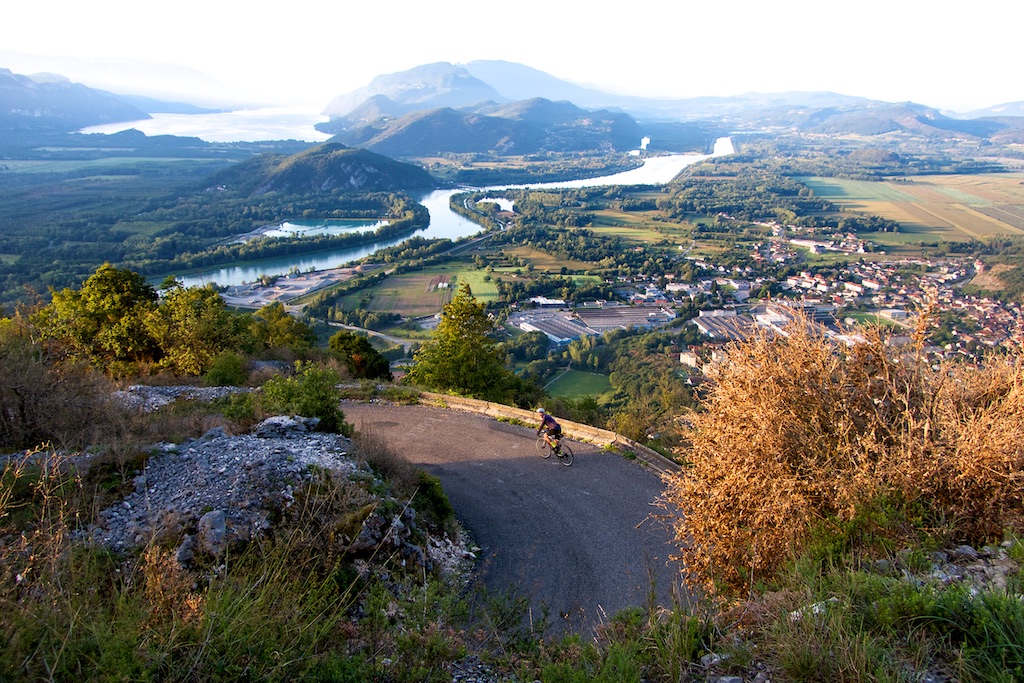 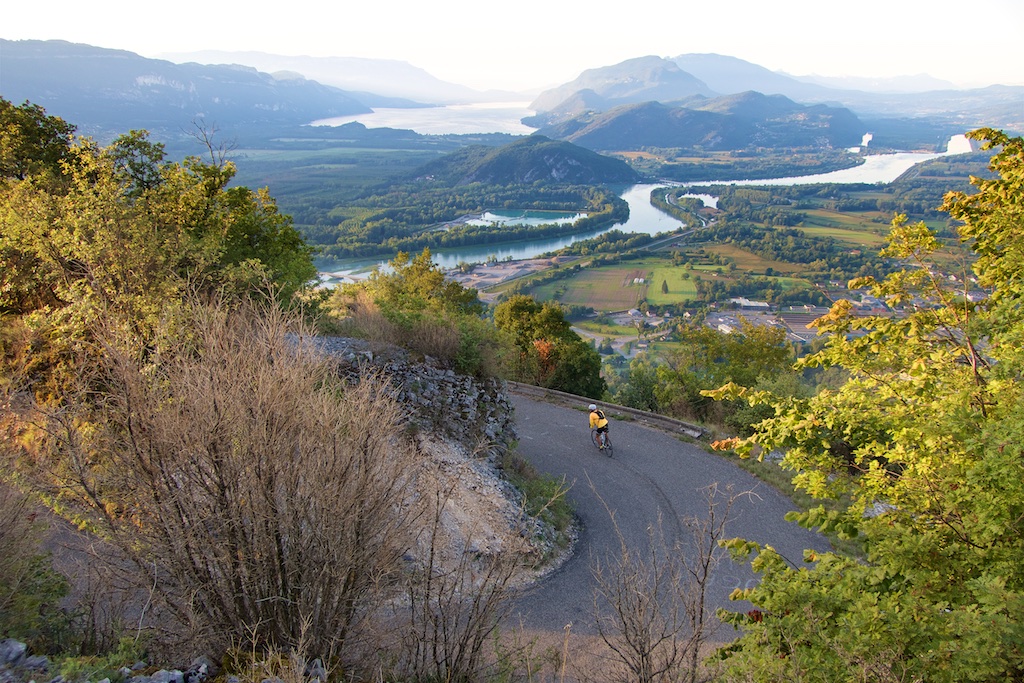 This was a lot of fun. And far more so with a friend. Well worth the early (early!) alarm.

Grand Colombier is the fifth highest paved road in the Jura mountains. For details of the ten highest see here.