Trending
You are at:Home»Juras»La Barillette Unpaved

La Barillette is the third highest paved road in the Jura mountains. It’s a dead-end to a Swisscom telecommunication tower overlooking Lac Léman (Lake Geneva). Every time I road bike here I see endless trails and unpaved forestry roads and I think “one day” I should try to reach the summit on a mountain bike.

When I saw that Garmin Bike Cup was holding an event here, I decided to ride the course, but alone, not as part of the event. 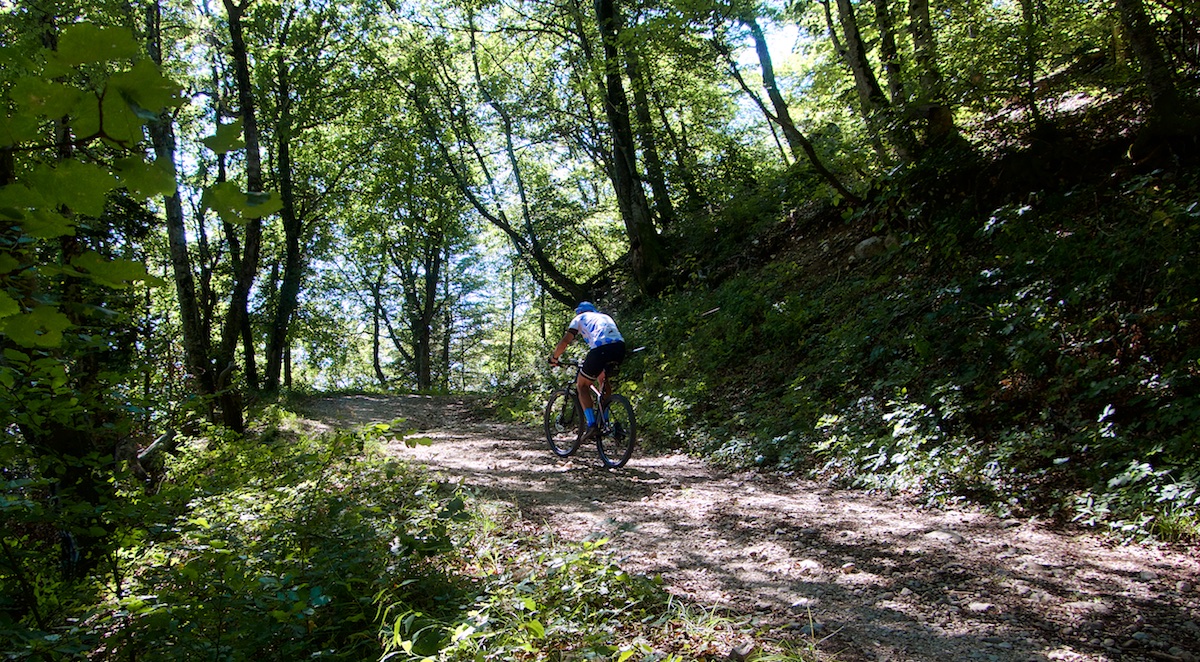 See here for The Ten Highest Paved Climbs in the Jura Mountains – including details of the paved road to La Barillette.

The official race route started in Chéserex and climbs primarily old gravel forest roads, but also several stretches of narrower trails. It included a short loop at the beginning – which I skipped. It cruelly descended a few times giving back hard earned ascent metres. One could easily map a route that avoids the downhill, but I “sadly” followed the route. 🙂

I would estimate that this route is at least twice as hard as simply climbing the paved road. First, there’s more ascent (given the descents). Second, and more importantly, it is often a bumpy/slippery surface and very steep. Hard work. But you will likely not see a person, and certainly not a car. 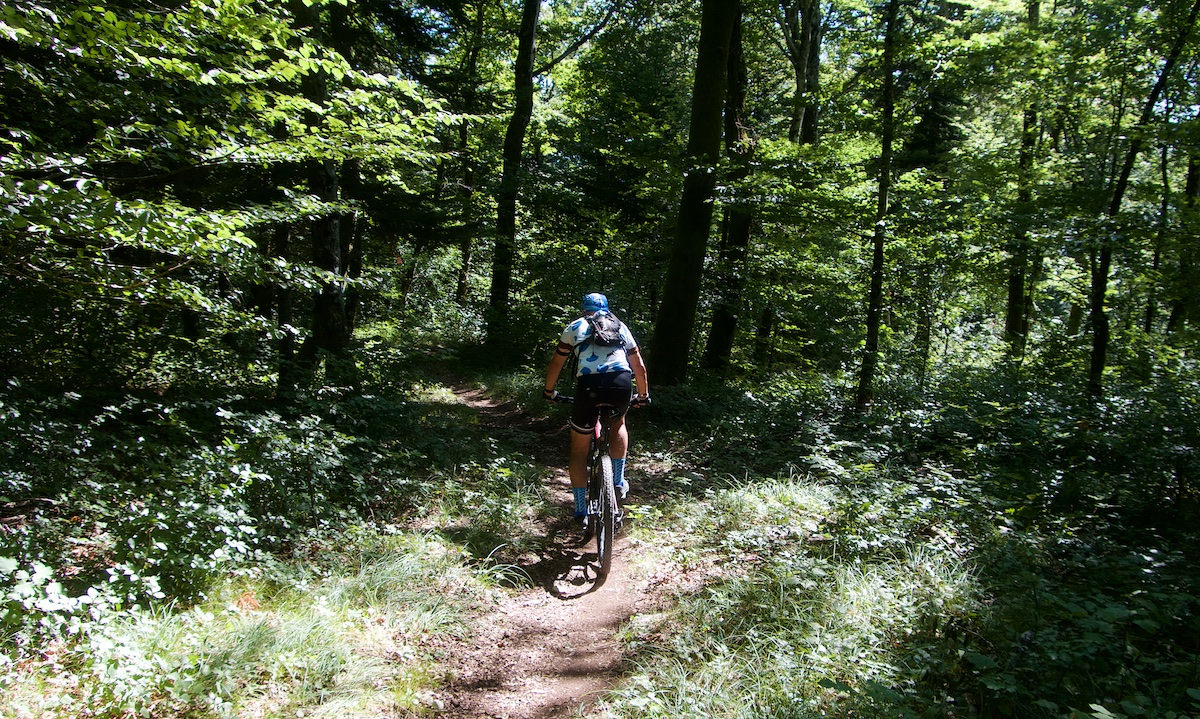 Just short of the summit the road becomes paved and there are glorious views of the distant Alps, and Lac Léman below. 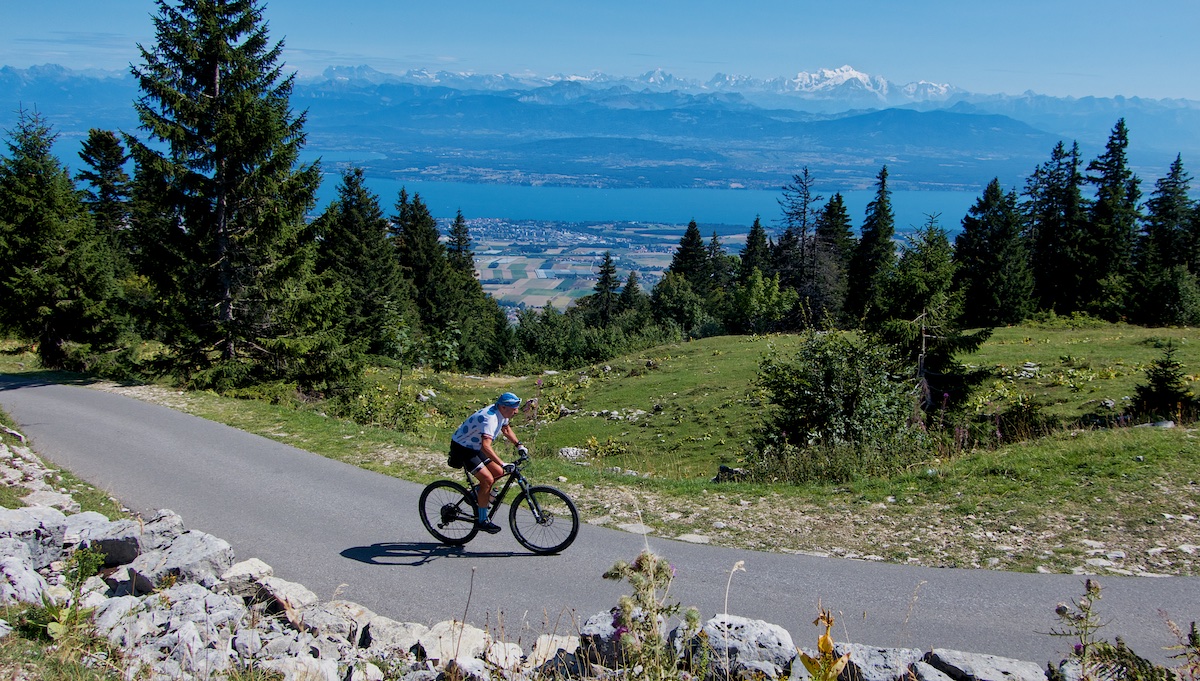 Perhaps one day I’ll write a post on the best climbs with a Ventoux-like telecommunications tower at the summit: 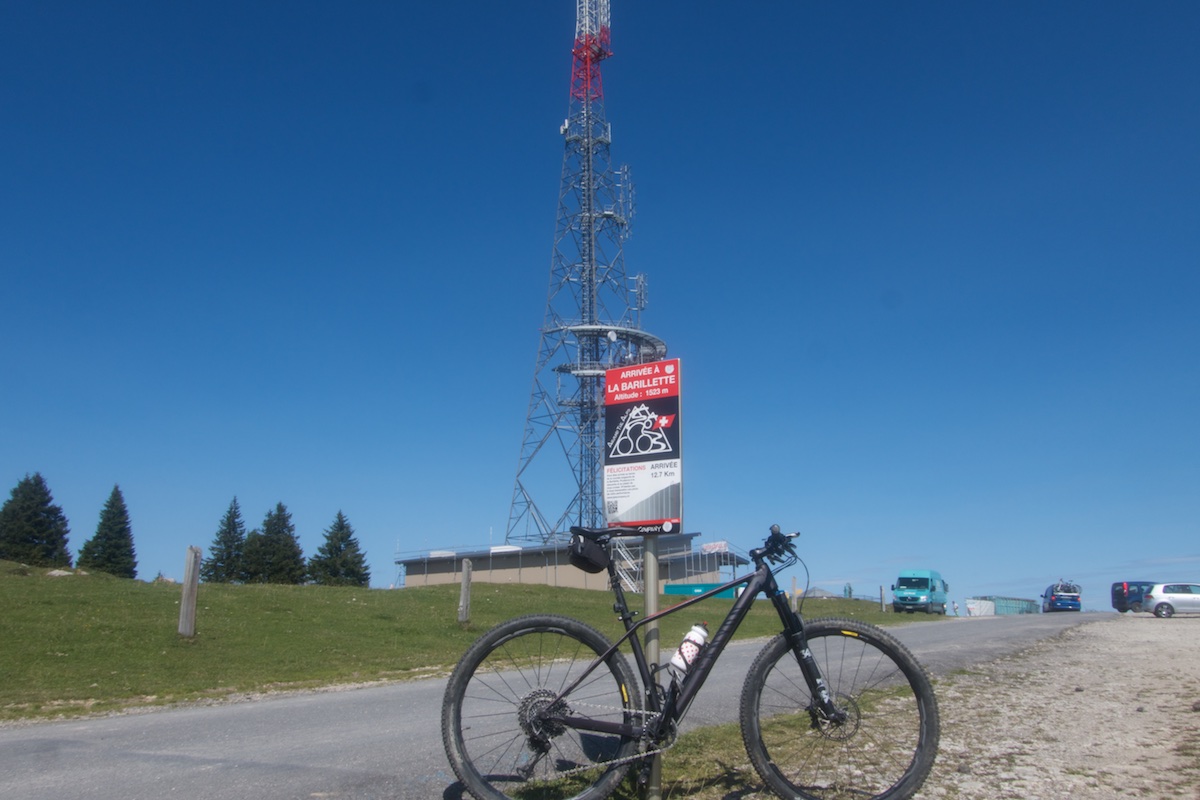 As I said, this is a difficult route, but the rewarding views, and the lack of any human contact …. made this an enjoyable ride.