Le Semnoz is the huge massif on the west side of Lake Annecy. At 1655 metres, its summit – Crêt de Chatillon – is the highest paved cycling climb in the Annecy region. In 2013, stage 20 of the Tour de France finished here, but they climbed the shorter, steeper, wooded north side, driectly from Annecy.

But I prefer this far quieter, longer, southern route, via St. Eustache,

I started beside beautiful Lake Annecy, following the bike path for 8 kilometres, then turn up towards St. Eustache. As the route slowly moves away from the lake, there are plenty of nice views:

The top of Le Semnoz is a small ski station – both Alpine and Nordic. Last winter I cycled up the north side and rented XC skis – I was less energetic this year. 🙂 But the ski station was still open, and there was still a fair bit of snow in places: 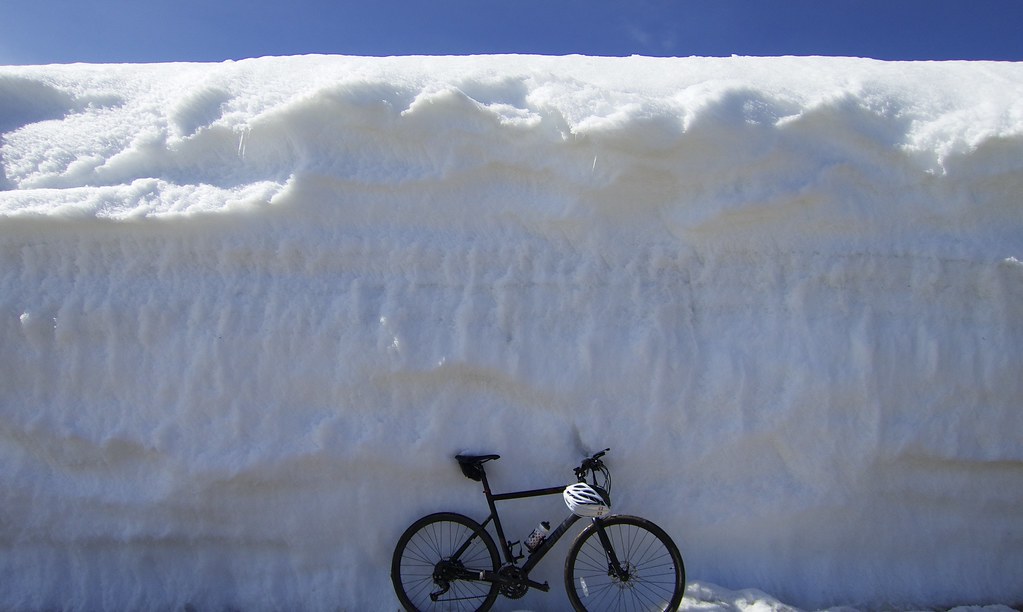 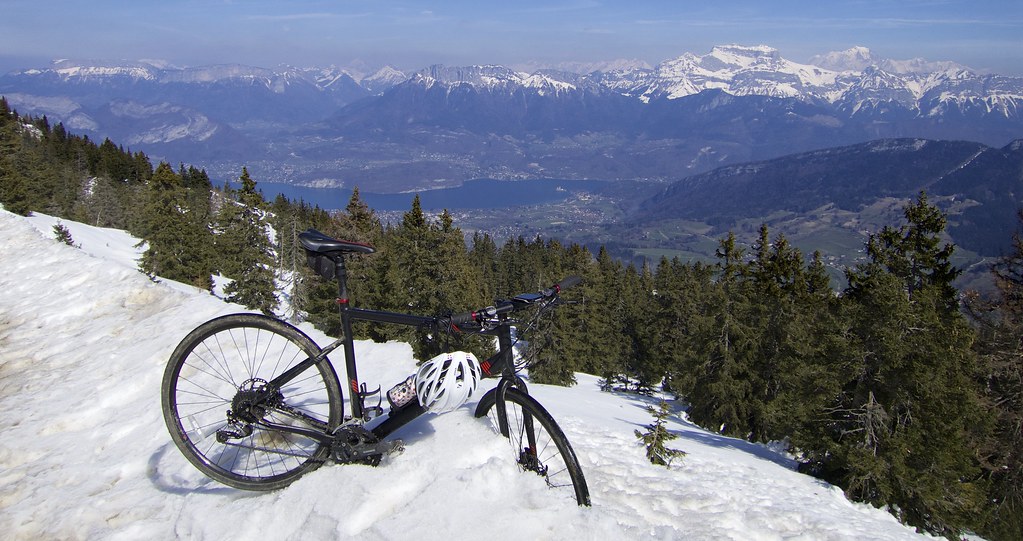 Finally, I descended the north, steep side directly to Annecy. Here is very a short, silly video from a few years back, descending here.

The Annecy region is full of great cycling climbs, but Le Semnoz is the highest, and most challenging. But definitely worth the effort.

Here is one final route up Le Semnoz – by mountain bike, which includes a traffic-free, sometimes bumpy old forestry road.