During summer over beers, a few of the Steel Wheelers encouraged me to go cycling at the Vélodrome de Genève once winter arrived. So I signed up for a training course with friend and fellow Vélodrome virgin, Tim.

The Vélodrome de Genève was built in 1991. The track is named after Tony Rominger – the Swiss Champion who won the Vuelta (3x), and Giro d’Italia among other honours. The circuit is only 166.66 metres, short for a Vélodrome. At 56 degrees, the turns are the steepest in Europe. 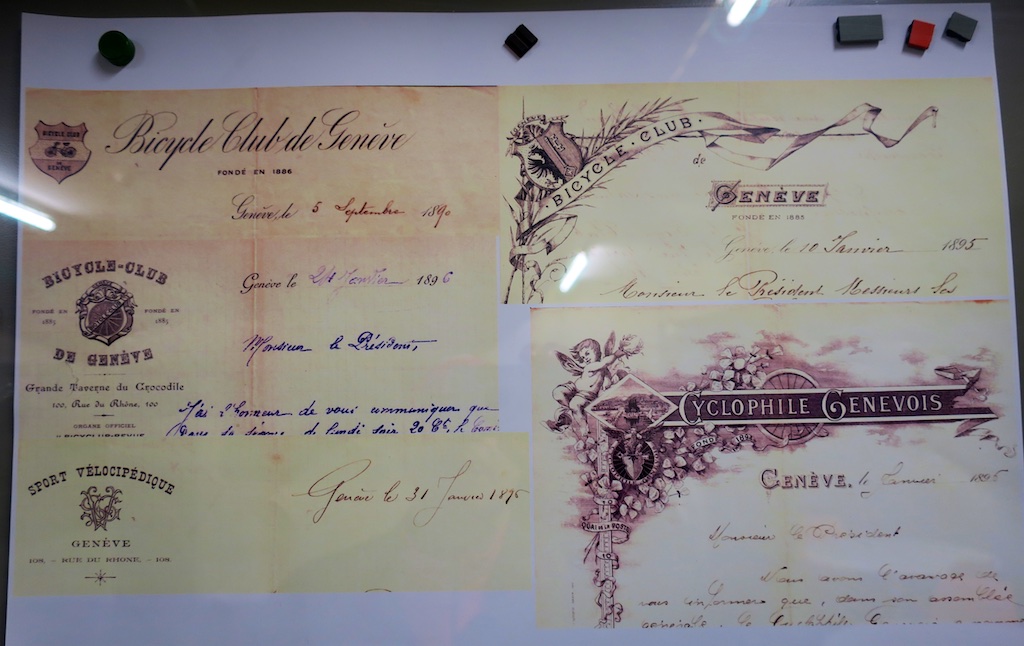 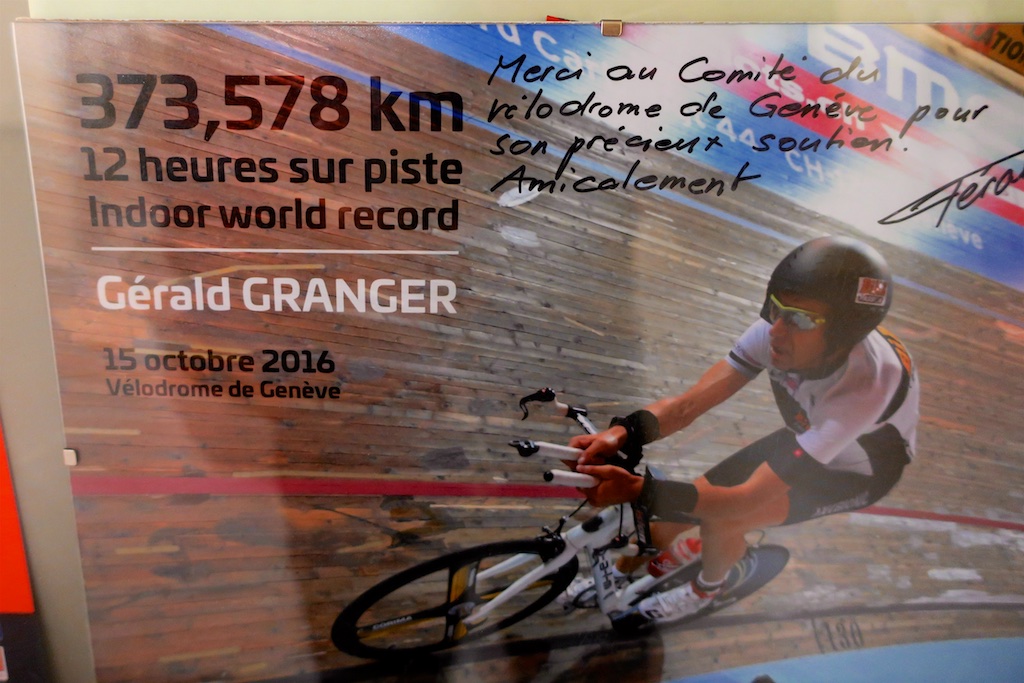 There were 10 people in our class. To start, after a brief lecture, the instructor and an assistant took people one-at-a-time for a few laps. “WTF?” – I said to Tim, “I want to ride.” As I grouchily waited my turn, I was soon to learn the wisdom of this approach.

The bikes have no brakes, and no freewheel. I like to clip my left foot into the pedals first. But the pedal was up and with no freewheel I was confused. After hopping forward I finally figured out how to get on the damn bike.

Here, the instructor patiently waits for his idiot student to clip in: 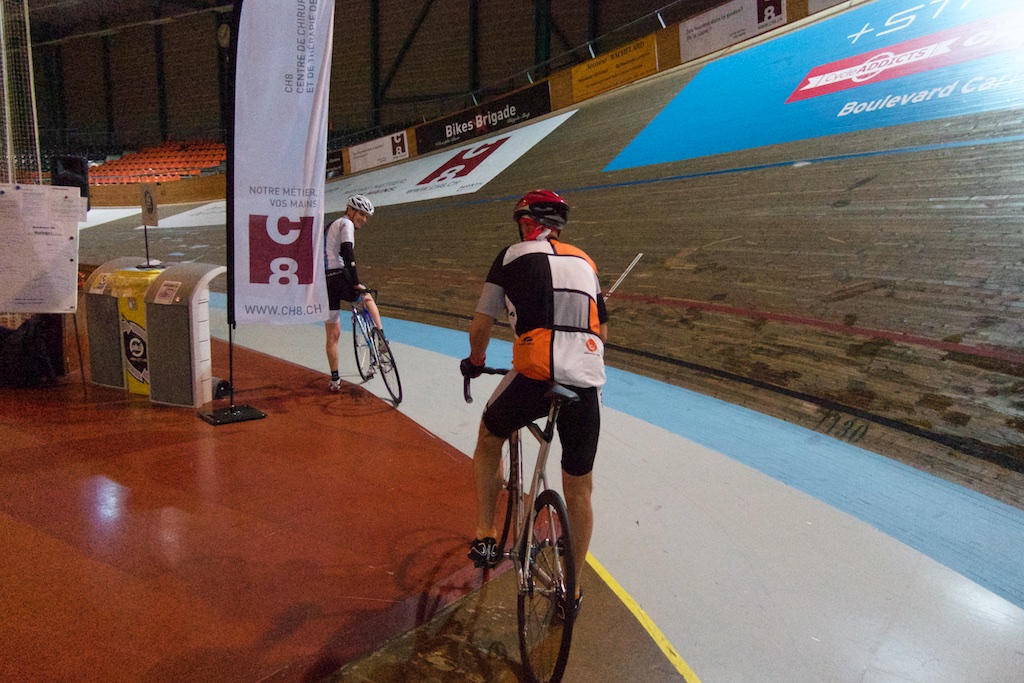 One needs to overcome a few natural cycling instincts. You can’t brake. And you can’t stop pedalling. In fact, it takes a couple of laps to go from a fast speed to a complete stop. You just glide, turning the pedals without pushing. The professor stopped after two laps, and I was still going, so I took another lap – bottom of the class already. 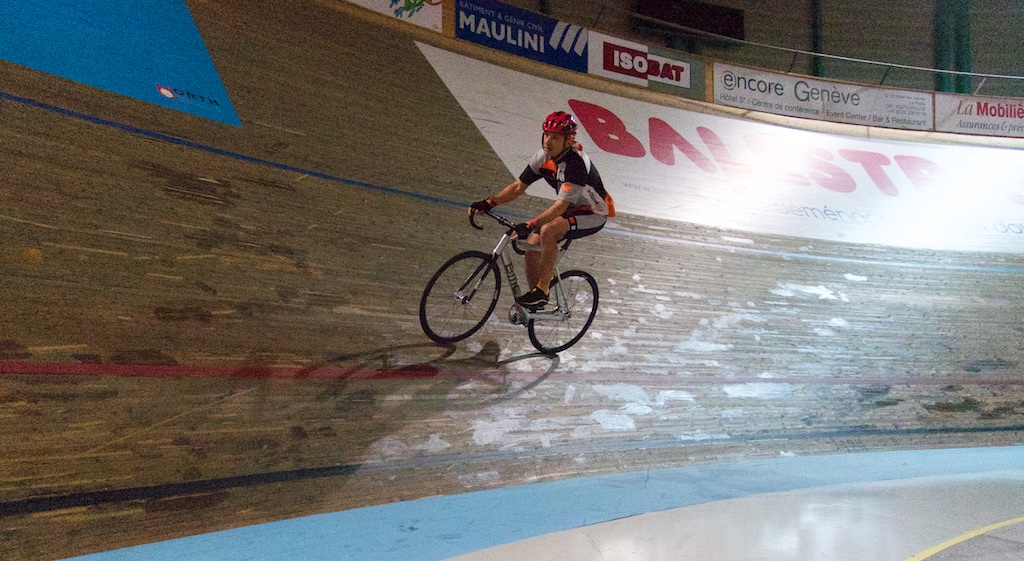 Next, he gave us a lecture on a few important technique issues. How and where to pass, when drafting where to place your front wheel, etc. Then we all got on the track with the plan to make a tight line of riders. Not bloody likely.

Frankly, I was super-nervous out there. I needed to learn that although I had no brakes, I didn’t need to worry about the guy in front of me suddenly slowing – since he had no brakes either! Anyway, 6 laps after being taught to never pass below a rider, two guys passed below me, and 2 above me – as the assistant instructor yelled at them and I death-gripped my handle-bars.

Generally, I take a lot of photos while pedalling. But there was absolutely no way here that I was taking either hand off the bike, so I have no group photos. I also – for other reasons – have no photos of me brilliantly riding at the top edge of the turns – at the required super high speed to avoid falling off the 56 degree ledge.

I didn’t spend much, or in fact any, time riding with the always cheerful Tim. He passed me several times, always using correct etiquette. Thanks mate. 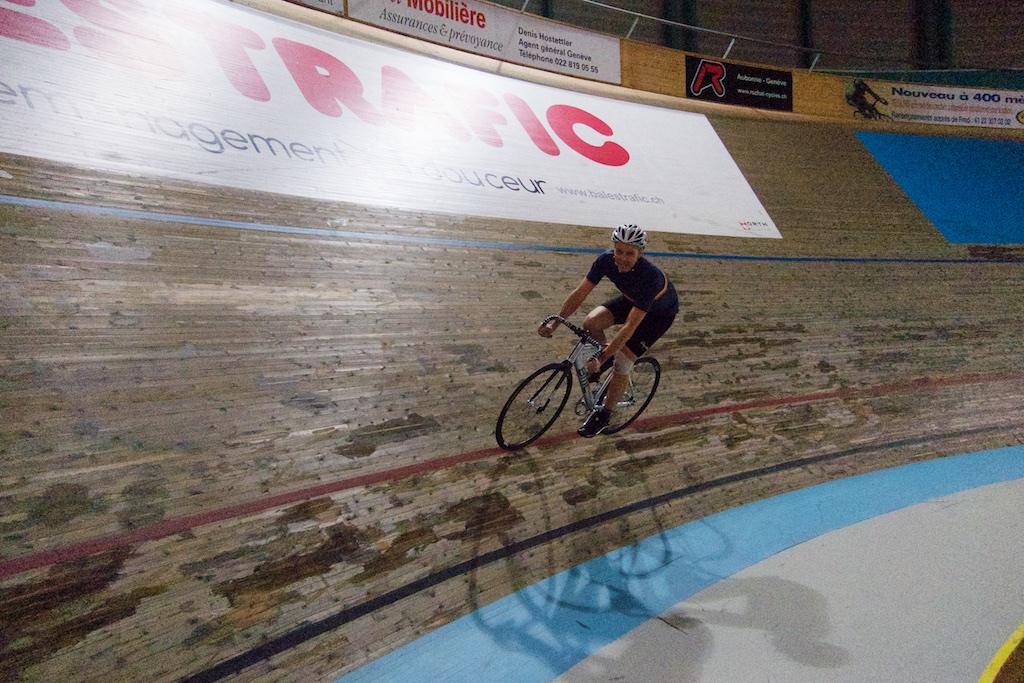 For those that think I am kidding when I say I found it a little scary: 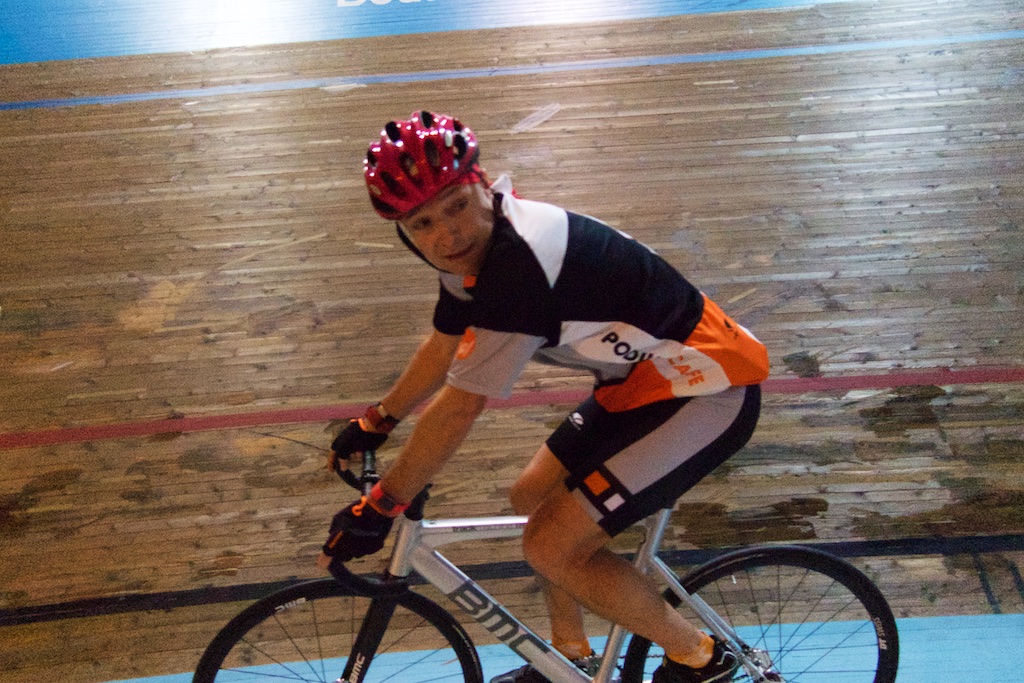 This was a fun experience. Thanks Tim for the excellent company! But while several of the Steel Wheelers will ride at the Vélodrome all winter, Tim has decided to waste his time using Zwift on his indoor trainer. Me? You’ll find me out playing in the snow: 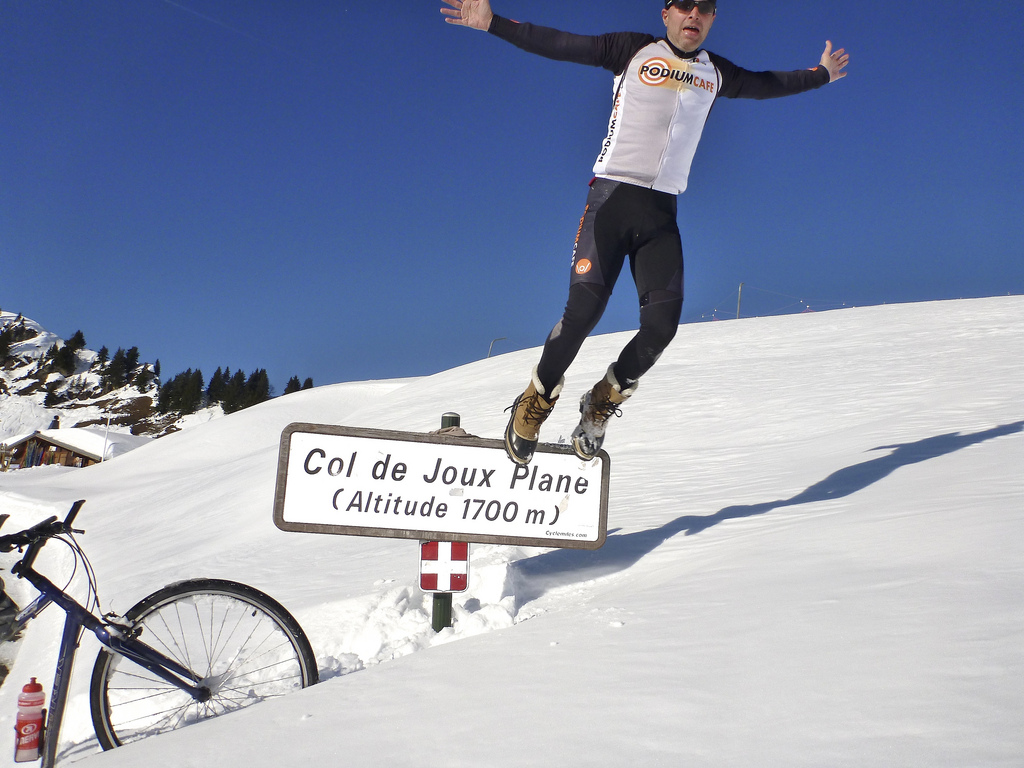