Trending
You are at:Home»Favorites»Les Arcs via Col de la Chal

Recently, Doreen and I spent the weekend at Les Arcs 1950 ski station in the Tarentaise Alps. I married well: Doreen allowed me to jump out of the car down low in the valley and I mountain-biked up and over Col du Chal (2460 metres) and down the ski slopes into the lovely village. A gigantic, beautiful climb – roughly 1800 metres of ascent. 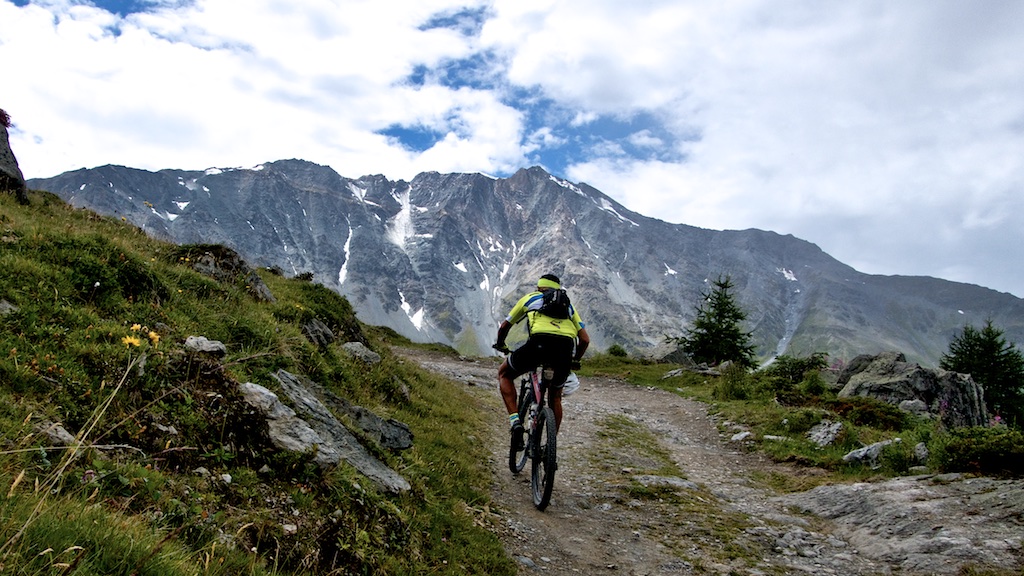 This is one of those posts that includes a good road bike climb, and then a fabulous mountain bike climb by continuing once the asphalt ended. So road bikers, don’t leave yet.

Starting near Landry it’s a 12 km paved lined climb with the typical Haute Savoie/Savoie cycling kilometre markers that let’s one know they are in biking country – see below.

There are plenty of nice hairpins early on. The road passes by the ski station of Peisy-Nancroix then continues to the end of the paved road surrounded by big mountains on all sides. Beautiful. I don’t want to over-sell the paved climb. It’s fine in a region full of great climbs. For the real fun, I doubled back a couple of kilometres and turned up on a steep little old farm road (labeled on map below). 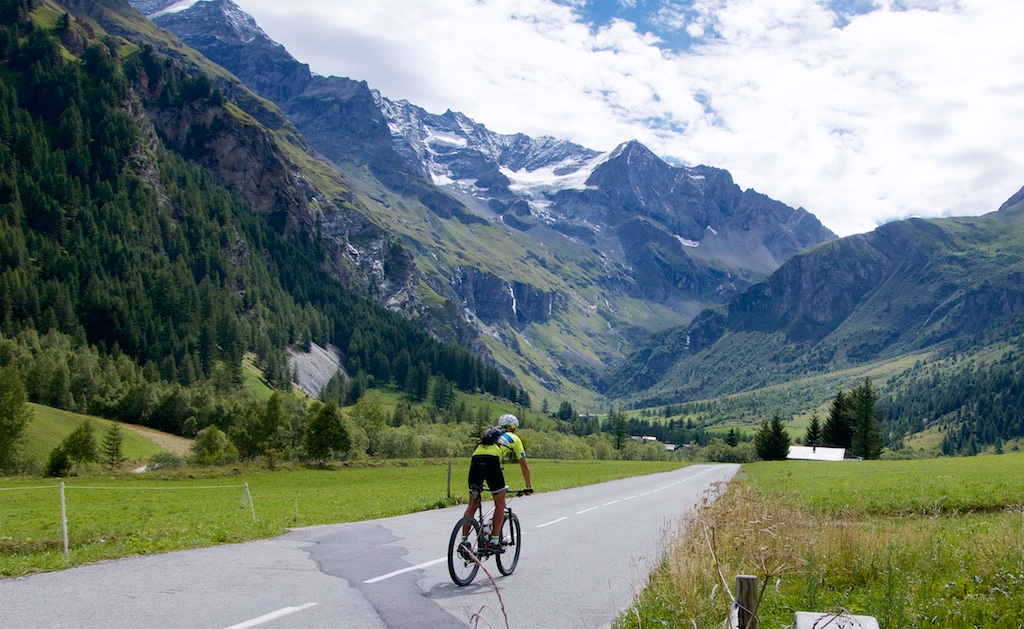 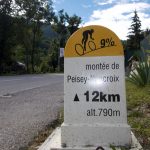 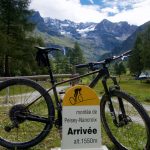 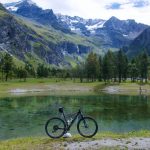 Lake at end of road 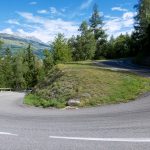 Now we’re talking! Deserted, beautiful, steep, but always rideable. Initially it hairpins up and out of the valley through a light forest. 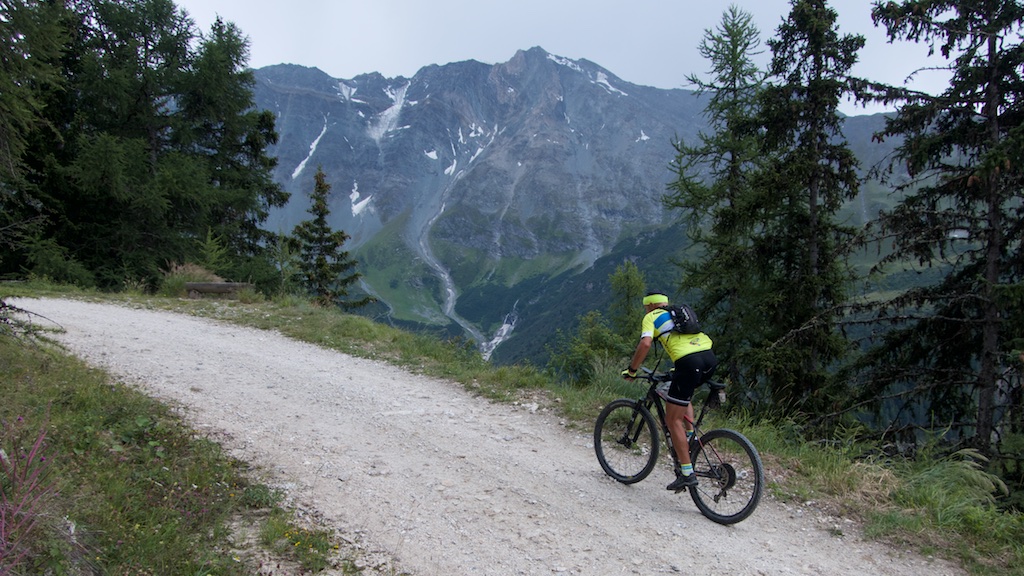 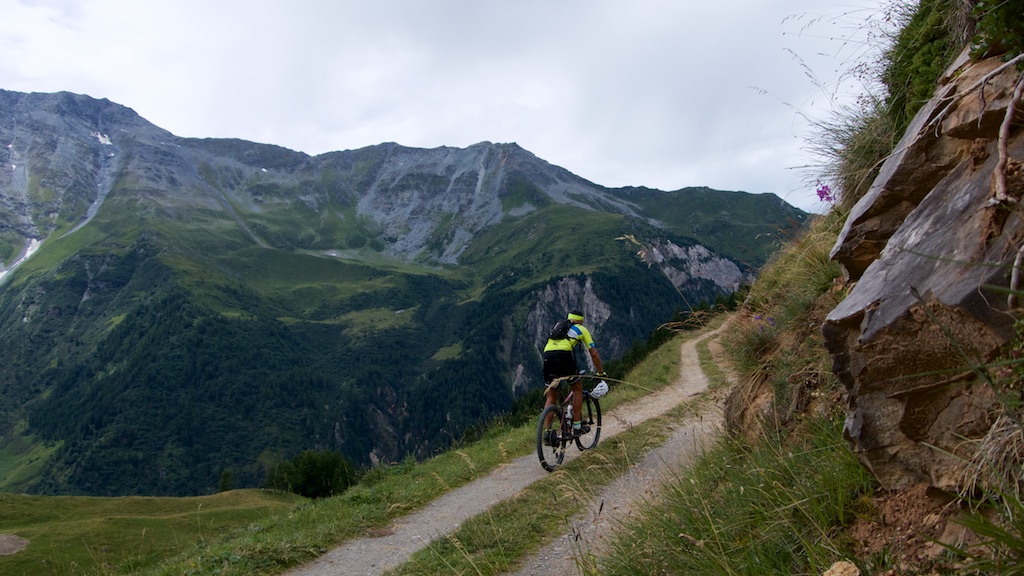 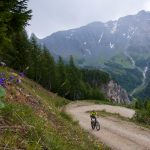 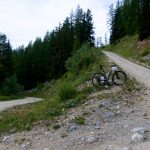 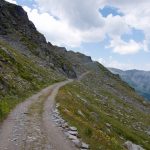 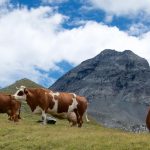 The road then opens up and climbs through high alpine pasture land. Plenty of cows, and a couple of farms. Here is a photo from the high point of the route looking back at this stretch. The road I followed is clearly in view: 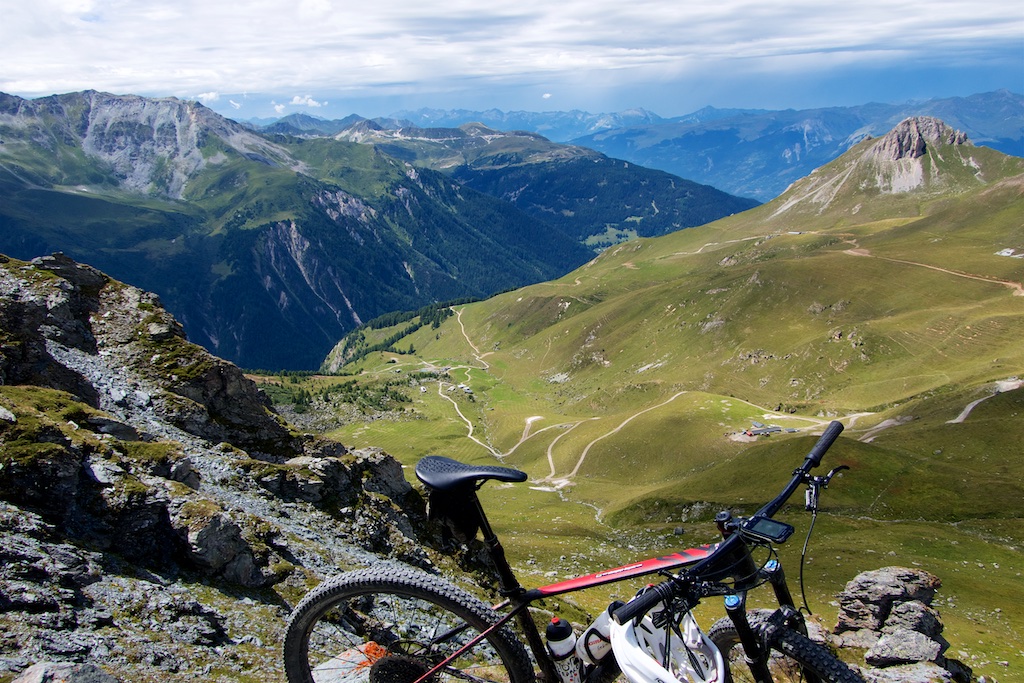 If you look closely at the map, you’ll see I took a small detour before reaching the Col. This is a super fun stretch that leads to a couple of refuges. I turned around at the high point – 2550 metres – at the top of some outrageous hairpins. The refuges are down the far side. I’ll explain an option that includes this further below, but I turned around here and headed to the Col. 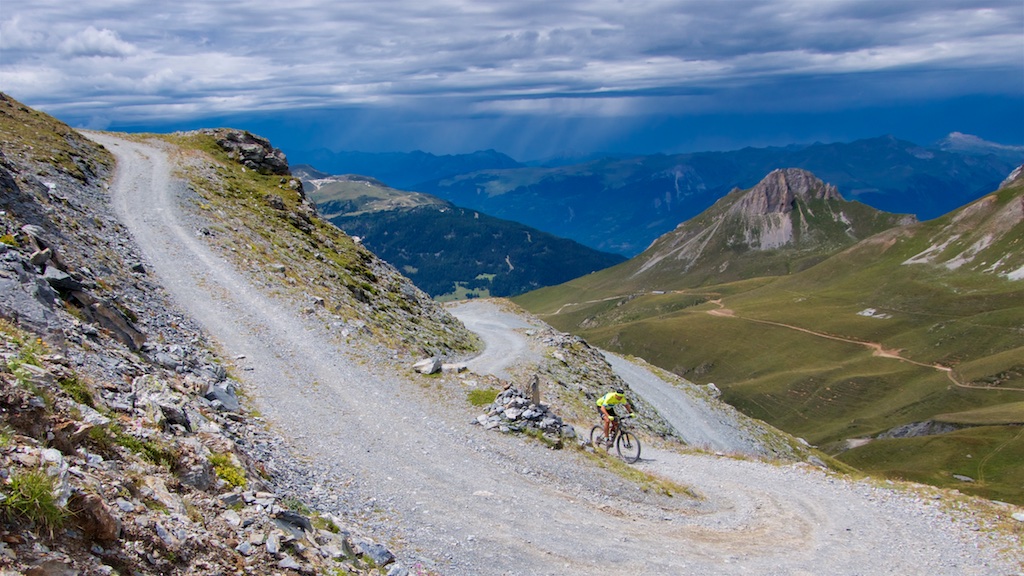 On the side I climbed, I saw several signs spelling the summit Col de la CHAIL. Whereas on the ski station side, and on the tourist maps, it is called Col de la CHAL. 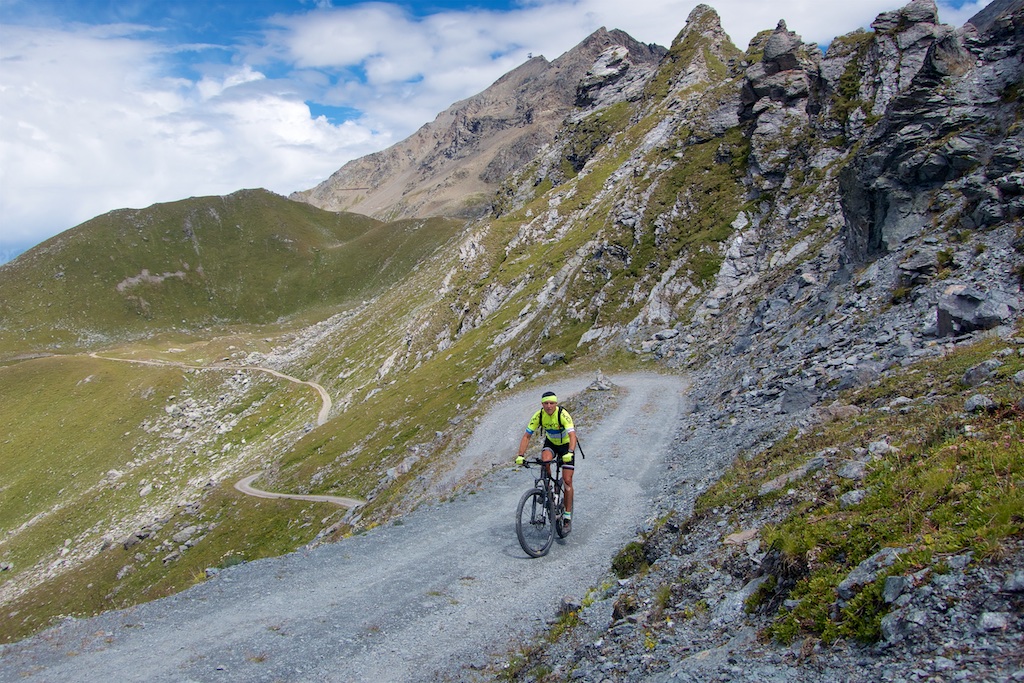 Finally, after reaching the Col, I just descended on a gravel road through the main ski slopes down to Les Arcs 1950. I would climb this two days later and head elsewhere – I’ll blog it soon, but very nice.

The next day I would hike from Les Arcs 1950 with Doreen, walking up to Col de la Chal – the route I descended the previous day above. From here we would walk to Lac des Moutons (Sheep Lake!) and follow a fantastic trail that eventually turned into the gravel road on the far side of the high point of my road. We hiked up this road reaching those great hairpins shown above, then took an interesting route back to Les Arcs 1950.

The funny thing? First we saw a great sign at Lac des Moutons. “Share the Road, Say Hi.” It tells cyclists to yield to hikers and sheep. Hikers to yield to sheep. And sheep yield to no-one! 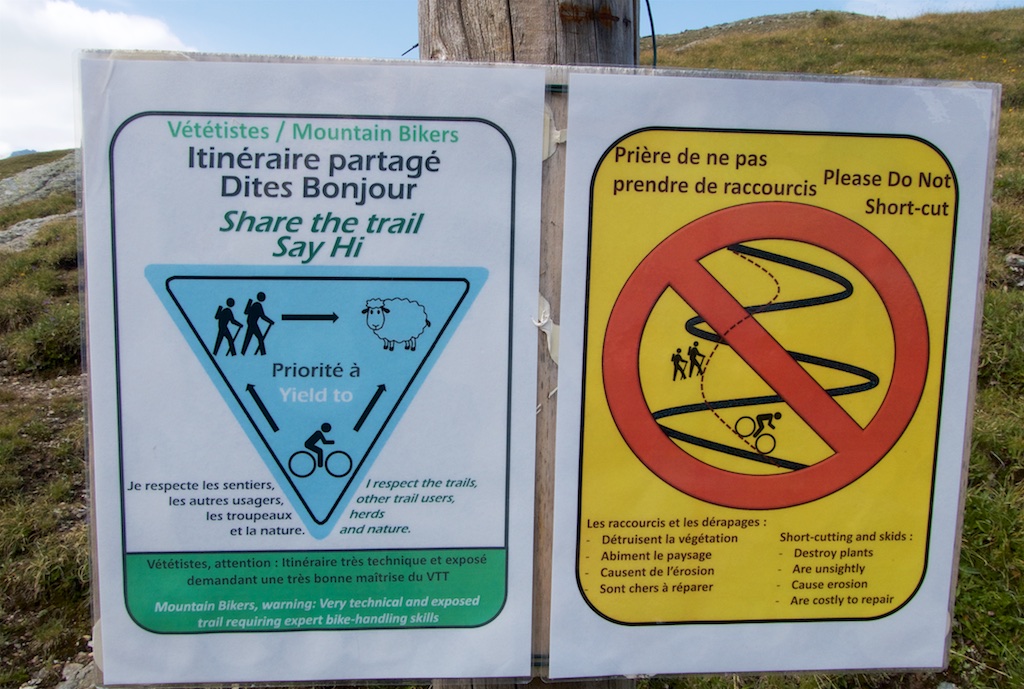 Then Doreen asked me if I though I could cycle this trail. I said it seemed quite tough to me. A moment later, a group of mountain bikers came flying through! It looked like so much fun. 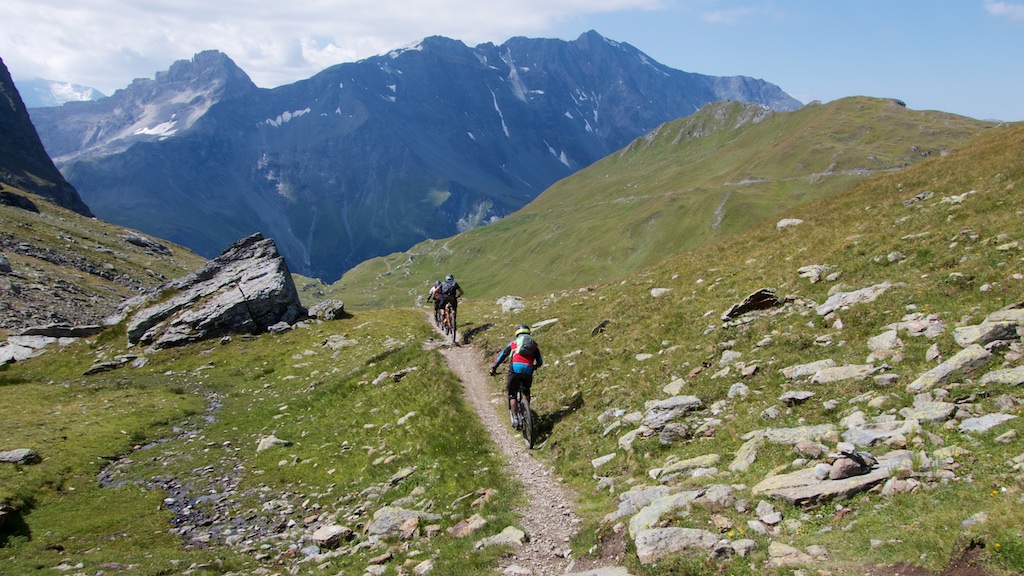 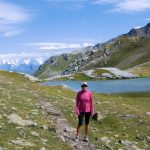 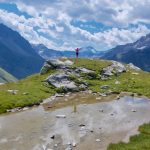 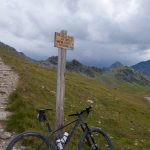 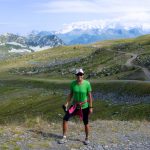 Here is a map of this hike. Perfect for technically strong mountain bikers.

But back to the original post. Below are a 3D video and a zoomable map of the ride. Highly recommended.