* the ascent above is a little overstated. Probably closer to 1800 metres 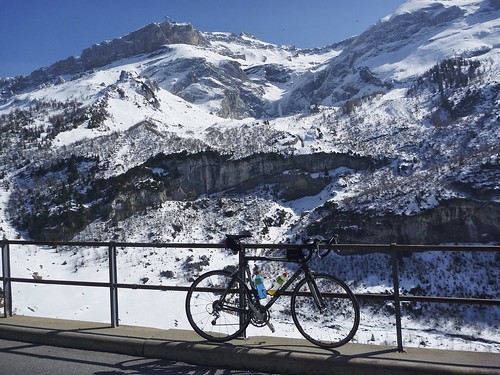 Starting at UCI headquarters in Aigle, Switzerland – these two beautiful climbs into the Vaudoise alps share the first 10 kilometres.

The climbs start by passing through the beautiful vineyards surrounding Aigle. The route then climbs along the left edge of a huge gorge – with plenty of inviting mountain views as one progresses.

After 10 kilometres there is a turn off up to Leysin. It’s 5 more lovely kms with a few steep stretches. At the village I turned around and descended the 5 kms and proceeded to Diablerets and up to Col du Pillon.

I usually climb the other side of Col du Pillon as it’s part of the Gruyère Cycling Tour. Additionally, here’s another great loop involving Pillon and Col des Mosses that is a bit easier than the Gruyère event. 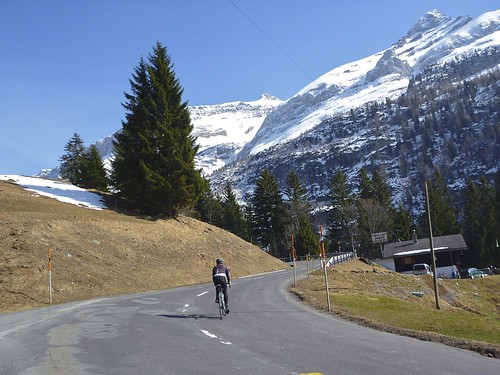 The ride up to Col du Pillon is just beautiful.

The huge mountains to the right have glacier skiing (Diablerets 3000) so there were still quite a few people at the Col catching the cable car.

Sometimes my self portraits require a second take: 🙂 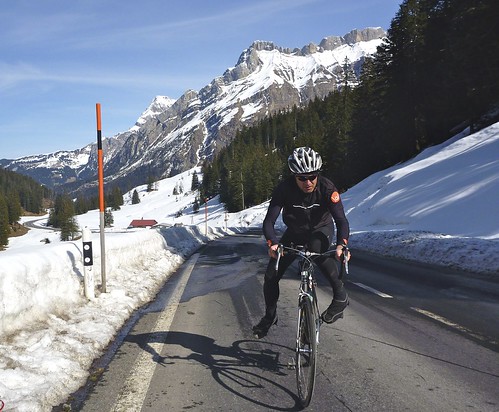 To make this route a loop, it’s possible to return to Aigle by climbing the superb Col de la Croix from Diablerets (1770 metres) – I have marked it on the map. But it won’t be cleared of snow for a couple more months.

The unbelievably warm weather meant I could leave my extra jackets in the bag while I descended all the way back to Aigle. Great ride.