I don’t want to “bury the lead,” so I’ll start with the profile for this gigantic climb – one of the toughest in Switzerland. But don’t let the difficulty discourage you as this quiet route is at least as beautiful as it is steep. 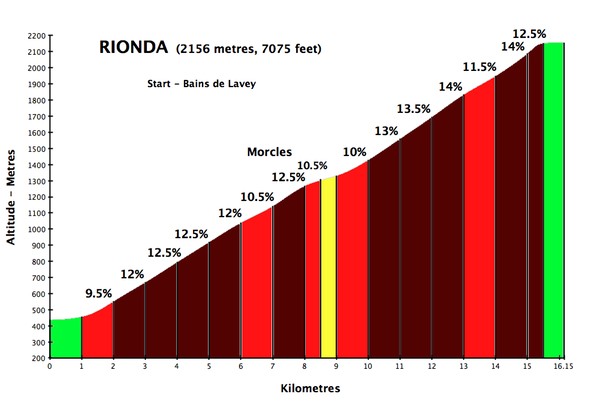 There are more than 50 hairpins on this ride, including 29 numbered hairpins on the first 6 kilometres or so to the village of Morcles. This stretch is a well surfaced narrow paved road generally in the shade. It’s superb, with plenty of views of the valley below. The hairpins start at #29 and I found counting down as I progressed allowed me forget how steep it was. Fun.

Note: only the first 10 kilometres are paved – it then become a good quality gravel road. I had a mountain bike, but narrower tires would work.


After the village, the paved road continues for another 4 kilometres, passing a Swiss military base – still in operation. Soon (roughly half way up) the goal comes into sight. Still a long way to go! 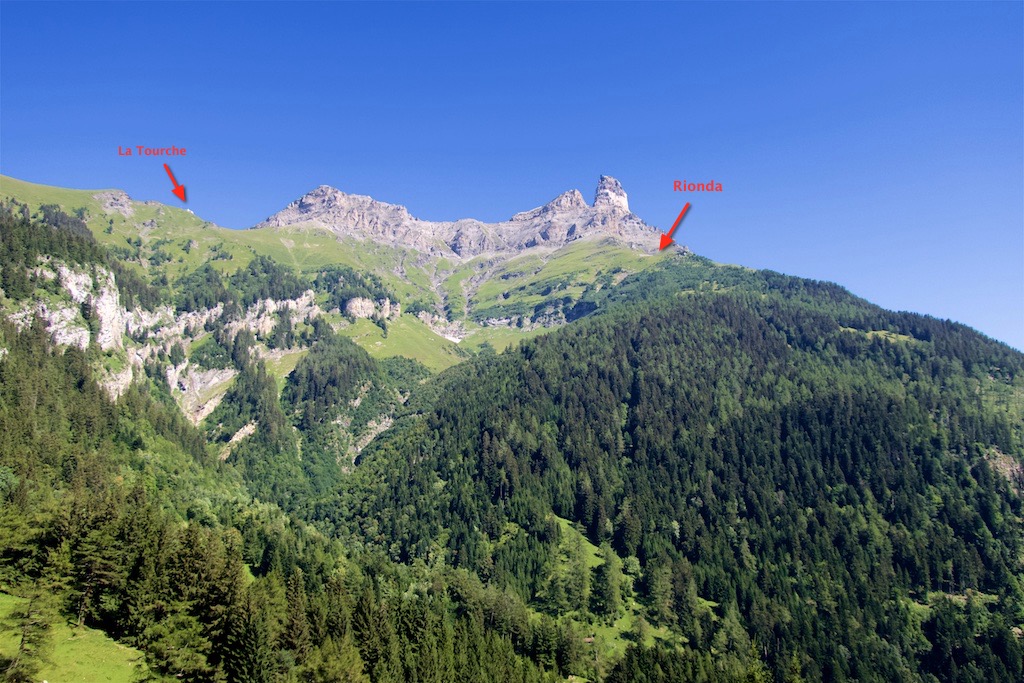 The hairpins are no longer numbered, but there are still plenty to enjoy.

As the paved road ends, the route somehow gets steeper. It winds itself ever higher as the tree-line begins to thin. 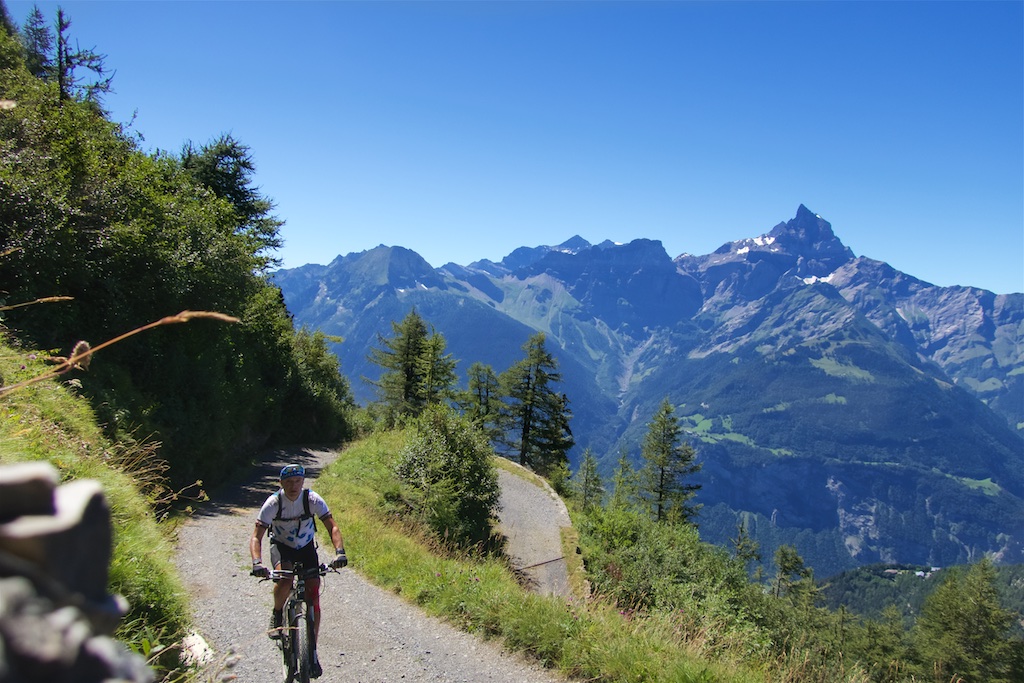 It’s the final few kilometres, above the tree-line, that has the fewest hairpins. But it’s definitely the most fun of the entire route. Cliff stretches, magnificent views in all directions. My legs began to complain loudly, but I could still smile: It’s a magical place.

As the map below shows the road splits near the top. First it’s a flat (flat!) little traverse to Rionda (2156 metres). There used to be an old barracks here but they seem to have torn it down. But there is a picnic table. A perfect place to recover from the climb as the views are Swiss perfect.

Next, I returned to the intersection and a wide trail that heads up to La Tourche (2196 metres). Not too far, and definitely worth the ride.

Any normal biking ends at La Tourche, but there is a nice refuge/restaurant as the Via Alpina hiking trail passes by. A friendly hiker offered to take my photo there. 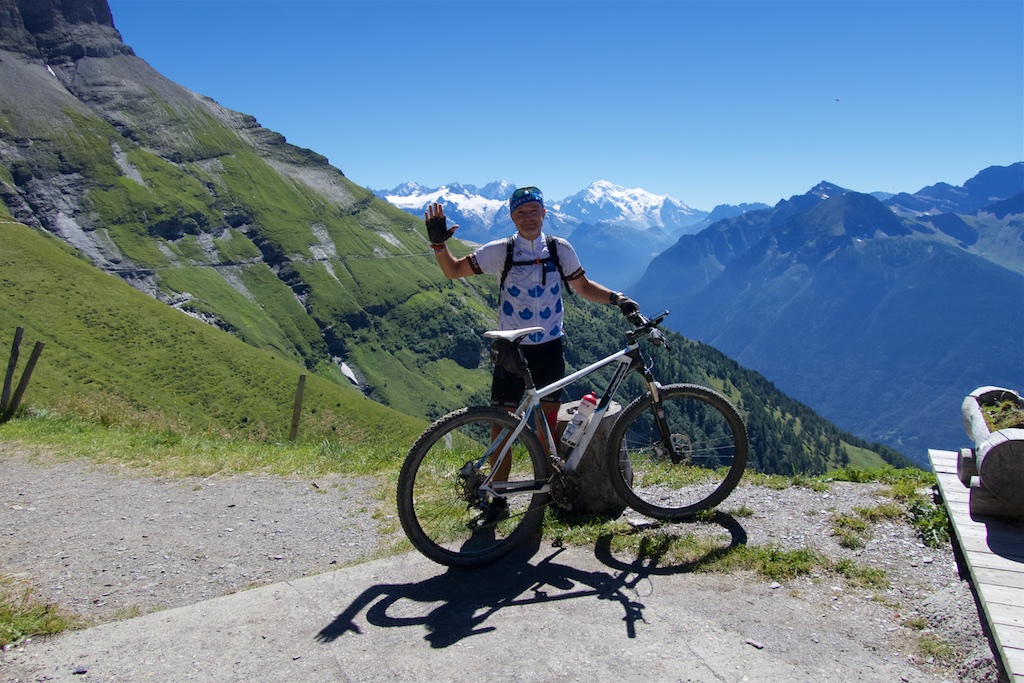 As I prepared to descend, I realised the road was blocked. Another Swiss Alps traffic jam.

I was glad to have a mountain bike on the descent, but again, I think a thinner tired gravel bike would do fine here, it’s a good surface. My brakes were well adjusted and even as I descended in my usual hyper-cautious fashion it took far less time going down than climbing. 🙂

This is not a very well known climb, but it’s fabulous. If you’re a road biker, the first 10 kilometres with the signed hairpins is definitely worth visiting. But bring thicker tires as this challenging route gets better and better the higher it goes.