This great gravel ride passes seven Cols (all well above 2000 metres) and three lovely little Alpine lakes. It’s primarily in Italy but it sneaks into France once and rides past a lot of border posts. This requires a mountain bike. The vast majority of the ride is on mediocre quality but beautiful/quiet gravel roads – although I occasionally took some trails to link cols.

I started in Cesana-Torinese a village below/between Sestrière and Montgenèvre and headed up for several kilometres through the woods, alongside ski pistes. One of the fun parts of the entire day would be the many views of towering Mont Chaberton (behind me in photo below). At 3131 metres, it’s an astonishing place, and the second highest I’ve ever been on a bike – details here.

Colle Bercia (2218m) would be the first Col of the ride. It was unclear to me exactly where the geographic pass is ….. but I found the sign (see below), so it counts. 🙂 I continued higher following signs to Lago dei Sette Colori (Lake of the 7 Colours – nice name). I would pass Colle Saurel (2360m), and then at Col de Saurel Est (2388m), I would cross into France and descend to the Lake (2329m).

Next I would climb the steep/tricky path on the far side of the lake (see above photo) to reach Col de Gimont (2403m) – re-entering Italy.

From the Col a “road” is easily reachable just below/beyond. As the map shows, I made a quick detour up to the top of the ski lift for another view of the lake. Next, I looped back to Colle Saurel. 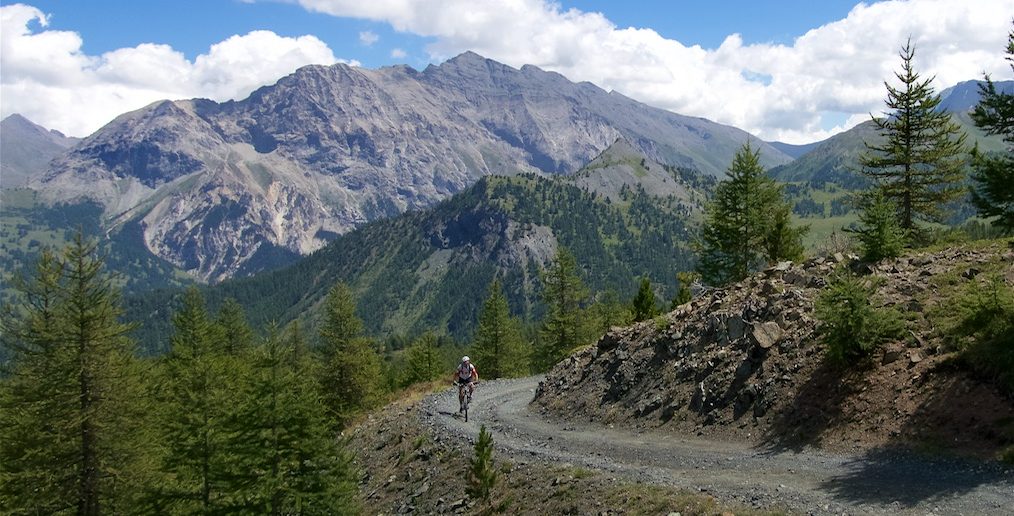 I left this road to search for Col de Bousson. The next stretch is more on trails, and occasionally just across fields. A highlight of the day was passing the nicely named Lago Fontana Fredda. My attempt at an artsy photo: 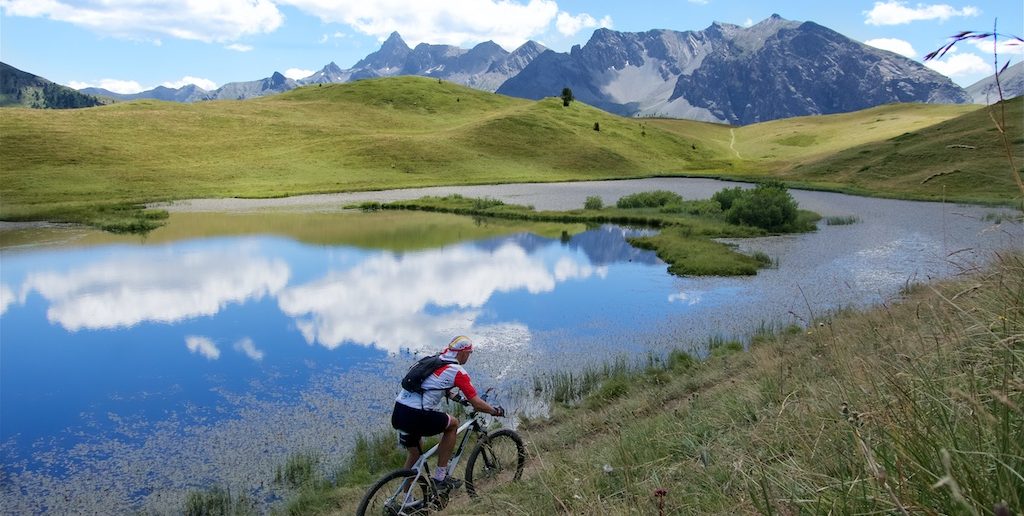 I knew I was close to Col de Busson (2154m) and saw a couple of hikers reading a map, So I asked them where the Col was: “You’re standing on it.” Woohooo. I continued onto Col Bourget nearby (2162m). Both cols are on the France/Italy border. Next I proceeded to head back into Italy on a hiking trail until Lago Nero (Black Lake).

From Lago Nero, I would skip the main gravel road, and take a steep, rocky, slippery road up to Col Begino (2301m). This was the one part of the day where I needed to push for a while. Perhaps only riding half of it. But it was worth it. Fabulous views over the top, and a long, fun, sometimes steep, descent for almost 8 kilometres. 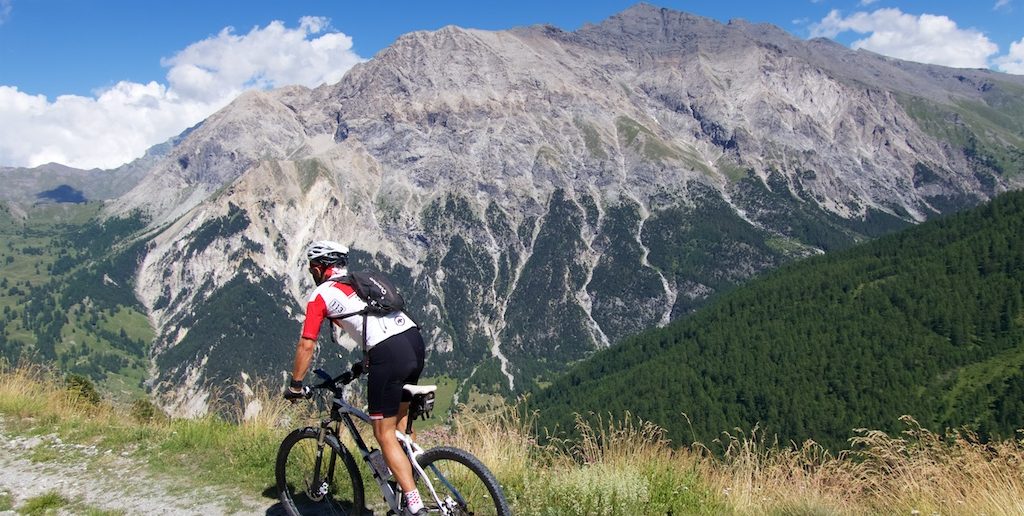 I reached a small village in a valley below, then followed a good quality gravel road, eventually joining the main paved road a few kilometres above my start.

This region is a gold mine for great super-high unpaved cycling climbs (Colle dell’Assietta is just above where I started). Today’s ride is by no means the toughest or the best of this high altitude Mecca, but I had a blast checking off high cols, and visiting little lakes on super quiet roads.