I use a Garmin Edge 305 GPS as my bike computer. It has a very neat feature – the Virtual Partner – where you can upload an old ride that you have recorded – and then ride the same route and “race yourself.” The Edge has several screens that give various info (maps, elevation, stats) comparing the two rides. 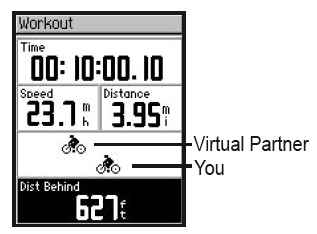 Today I did a 57 km hilly (+1,100 metres ascent) loop from home to the village of Chilly that I had used previously to race myself. Last April I had beaten an October 2006 time on this loop by about 15 minutes and remembered working pretty hard that day. So the goal today was to try and do a little better.

5 kms into the loop I found myself 200 metres behind myself – and for another 20 kilometres I struggled to close the gap. Yikes I was working hard. This virtual partner tool is a fantastic way to push yourself when riding alone. As I started the climb into Chilly, I finally passed my former self – and then I dropped my water bottle while putting it back in the holder – ouch. 100 metres behind me again.

The return part of the ride involves lots of climbing and I felt pretty good today – 75% of the way in I found myself with a half kilometre lead – and I decided to really push it to make sure that “old me” had no chance to catch up.

Ultimately I knocked 3 minutes off my April time, was pretty exhausted, but pleased at the hard workout. Next spring I will try the same loop and see if I can kick my sorry butt.

Below: Pic from couple years back. Chilly was my nickname in university (my old friends and wife still use it). 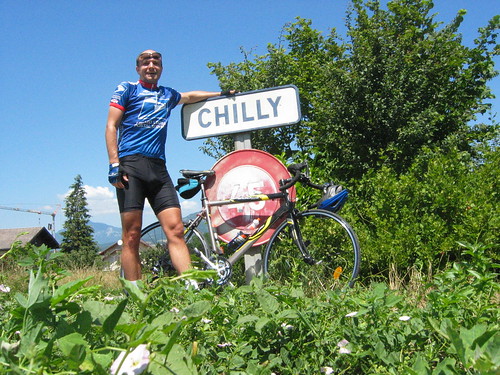