This is the third article in a series detailing the 684 kilometre Route des Grandes Alpes. A great cyclo-tour through the French Alps, over 16 mountain passes, on a road linking Lake Geneva (Lac Léman) to the Mediterranean Sea. The main goal of these articles is to highlight alternate route options and interesting detours.

Unlike the previous two stages, I have no major detours to recommend. There is only one road possible for this stage. Instead, I’ll just suggest a few interesting climbs passed along the way.

This is a one-climb stage, but what a climb. At 2764 metres, Col de l’Iseran is the highest paved mountain pass in Europe. It’s also one of the longest. It’s 47.5 kilometres to the summit from Bourg St-Maurice – the start of this stage.

Remember to bring a flashing red light for the back of your bike. There are a series of dark, wet tunnels when you pass Lac/Dam du Chevril just before Val d’Isère.

In between these tunnels is a little turn-off up to the Barrage (dam) du Saut – the 13th highest paved road in France. A scenic little detour. More details.

It’s not until the last 15 kilometres – after Val d’Isère – that the north side of Col de l’Iseran gets interesting. But the top stretch of both sides are truly beautiful.

I particularly like the south side of Iseran. Very remote. You’re bound to see some Marmottes if it’s a quiet day. As you near the end of this stage, the route passes another pass – Col de la Madeleine (1746 metres; not the famous Madeleine).

This stage ends at Lanslebourg. Here the main road splits. The Route des Grandes Alpes continues through the Maurienne valley towards the start of Col du Galibier. But another road heads up, into Italy, via Col du Mont Cenis. If you still have some energy, it’s only 10 kilometres to the Col (2181 metres), and just a little further to the beautiful Lac du Mont Cenis. Details here including the amazing little road even higher to Col du Petit Mont Cenis.

I’ve also added the climb to Plan du Lac to the map. Starting in Termignon, just beyond the end of this stage, it is the 7th highest paved road in France. Not well known, it is a superb climb. Details here. 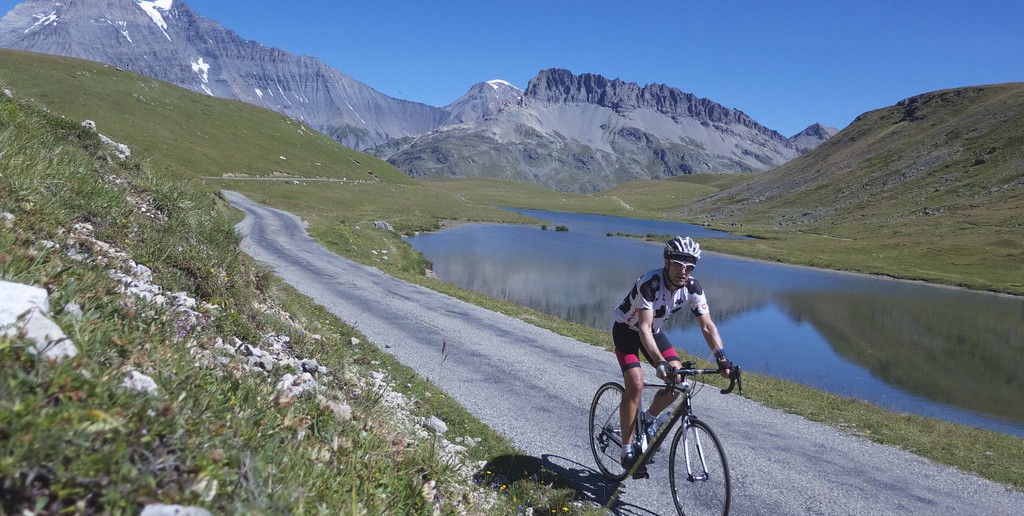 Col de l’Iseran (2764 metres) is often the last col to open on the route des Grandes Alpes. It is very difficult to bypass, but one would need to head into the Maurienne valley. Maybe a train/cycle from Bourg St-Maurice to La Chambre? Iseran should be reliably open through September – after it is hit and miss but often October is possible. Official Savoie Col open/closed map here. 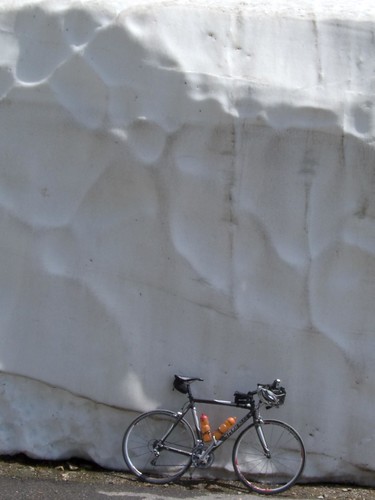 This is a day to enjoying being up high. And yes, the little store at the summit of Col de l’Iseran serves beer: