Colle delle Finestre will be the feature climb in Saturday’s Giro stage 20. It’s a gigantic climb that I’ve dreamed of cycling. Before watching it on TV, I thought I’d explore while the roads were deserted (in fact closed to cars).

A quick thanks to all the people who have asked if all was well due to the lack of posts recently. I’ve been nursing a sore knee.

Anyway, here’s a brief video of the climb:

For some pics taken on a sunnier day, see here. 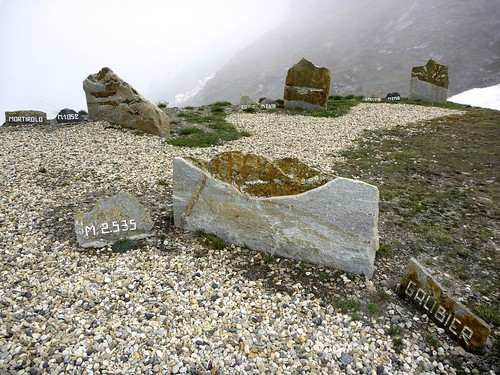 A quiet, beautiful, gigantic climb. Note, the top half is not paved.