According to legend, during the 30 years war (1618-1648), a group of young girls jumped to their death the avoid being raped and massacred by Swedish mercenaries. Hence the name La Planche des Belles Filles or “The Plank of the Beautiful Girls.”

Col du Ballon d’Alsace was first climbed by the Tour de France in 1905, and twenty times in total. There are three ways up – I had climbed the other two previously, but never the Giromagny side until today. As the profile above shows, it is not steep, rarely above 6%. It’s scenic enough with plenty of hairpins.

At the summit is a monument to René Pottier (see below), who was the first to cycle over the summit in 1905 (he didn’t win the stage though).

The only busy part of this quiet loop is the 3 kilometres from the bottom of the Col du Ballon d’Alsace until Le Thillot. Be careful.

I enjoyed the climb to Ballon de Servance. It first climbs the small Col des Croix then turns onto a tiny, superb little road. I met and climbed with a very chatty local here. A nice guy with an Ardéchoise jersey 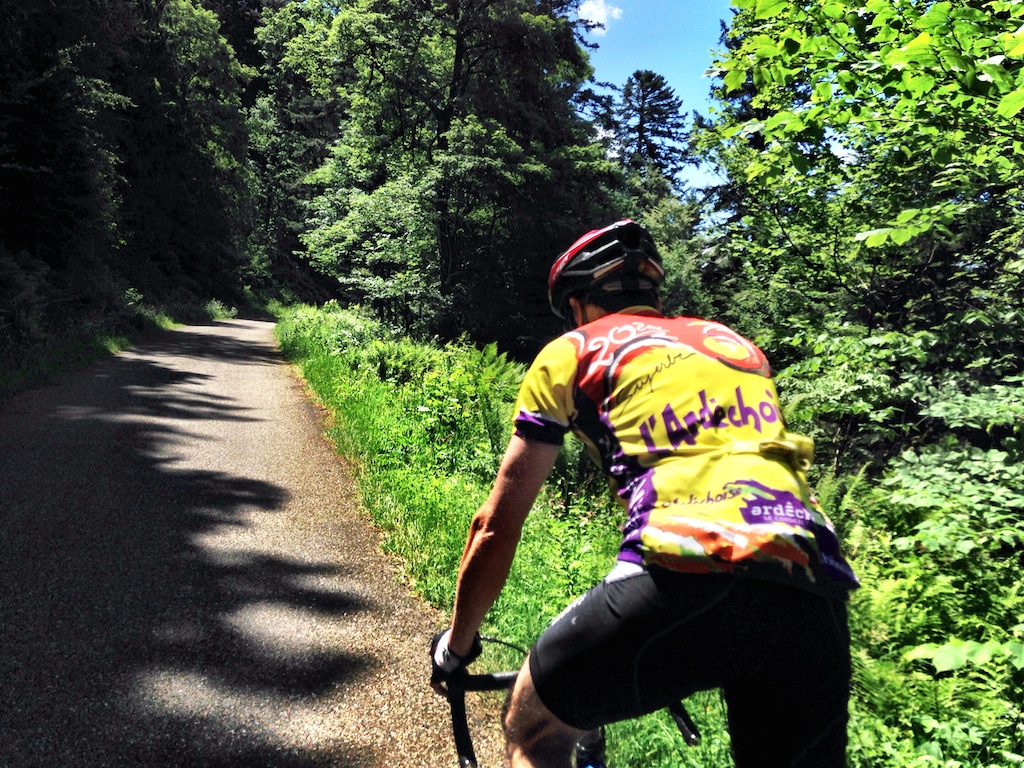 After a long, narrow, wooded descent I found myself at the start of the climb to La Planche des Belles Filles.

Don’t get me wrong: Belles Filles is a great final climb for a Tour de France stage. But it is a boring, viewless, wide, purpose-built, hot, lousy climb-to-no-where. It wouldn’t make my top 100 French climbs. Not even close. I have no clue who is paying the Tour for the honour of hosting this finish, as it is a tiny, tiny ski station that would barely be the worst 3% low un-used corner of many big Alps resorts. And the villages below are small and seem quite depressed economically.

The climb is very, very tough, and very irregular. Average grades are near meaningless, as it ranges from unbelievably steep to three short stretches that are actually downhill – including in the last kilometre just before the crazy final ramp.

The final ramp is crazy steep with a 22% stretch. 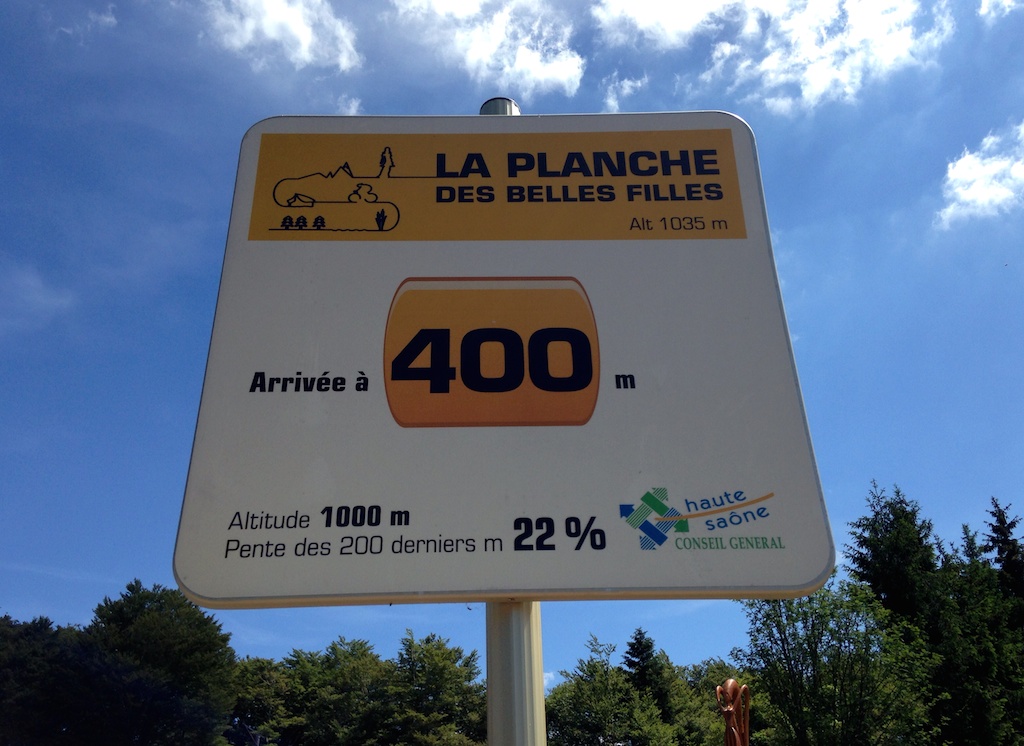 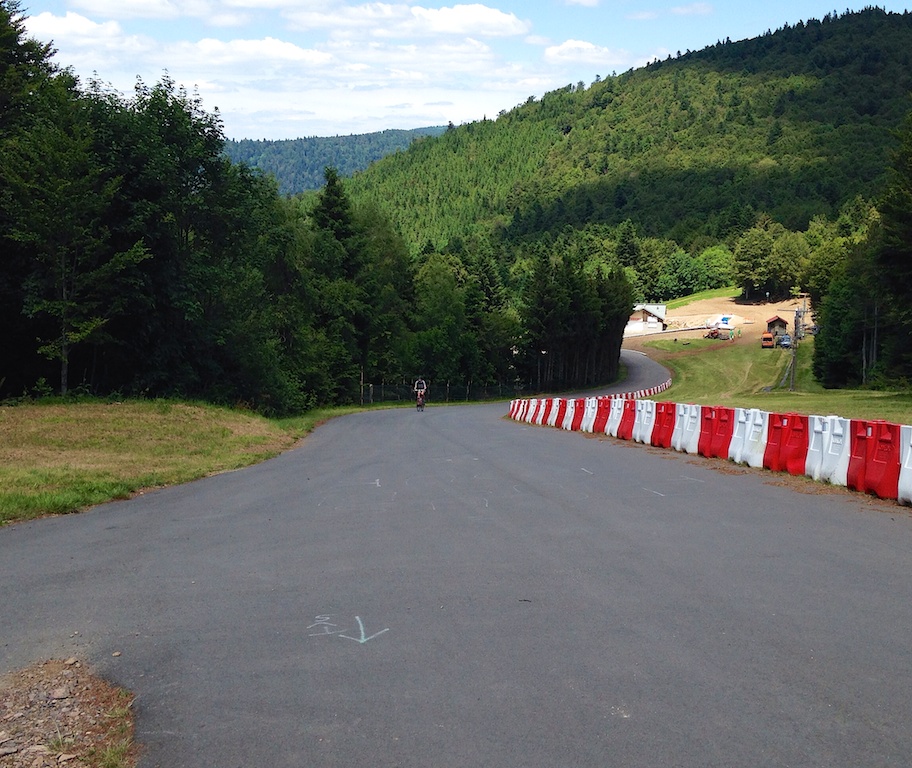 The only other Tour de France appearnace for Belles Filles was 2012 in a stage won by Christopher Froom.

If you do climb Belles Filles, below is your time to beat (Note, I finished somewhere between Froome and good old Etienne Laurent. 🙂 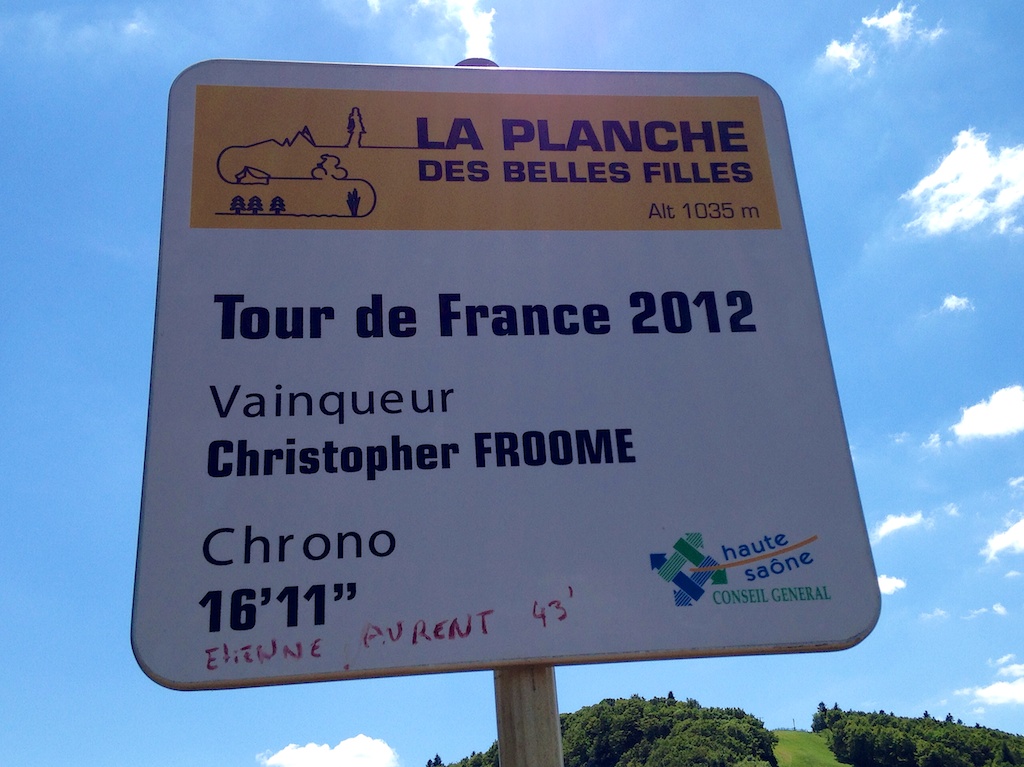 Overall, this is a very nice loop. These days, La Planche des Belles Filles has become well known due to its two Tour visits. But frankly, it is a boring, hot, climb to no-where. 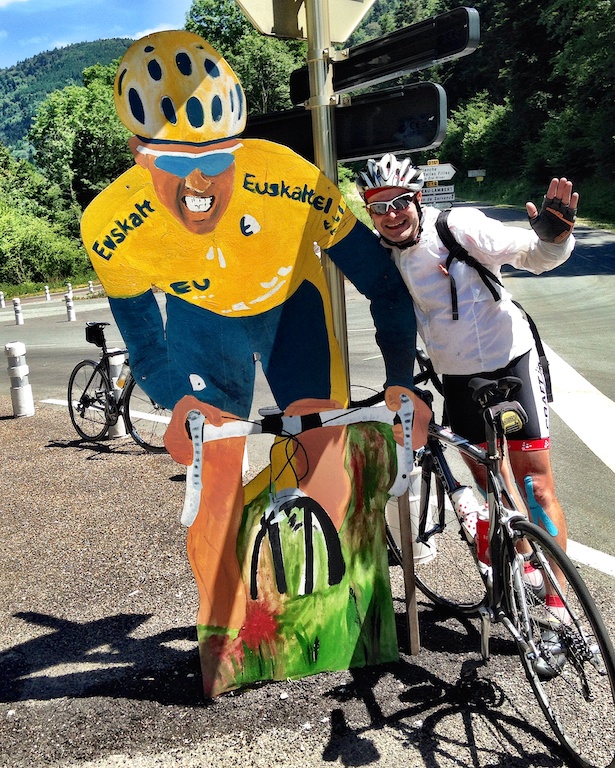 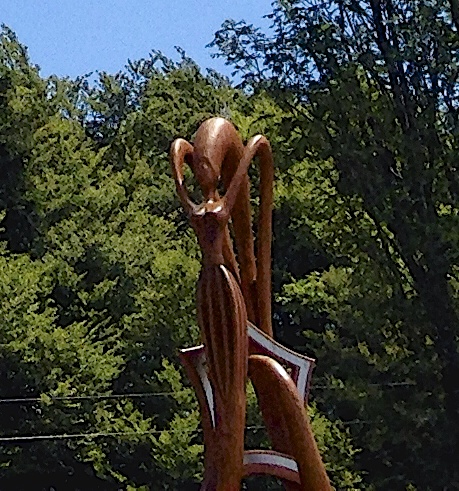 A Belle Fille Plunging to Her Death (summit statue)

The Vosges is a great place to cycle medium sized cols on quiet roads. A nice loop. But La Planche des Belles Filles is steep but nothing special.