Below: Two cows and the actual Croix de Fer (Iron cross) over our shoulder. 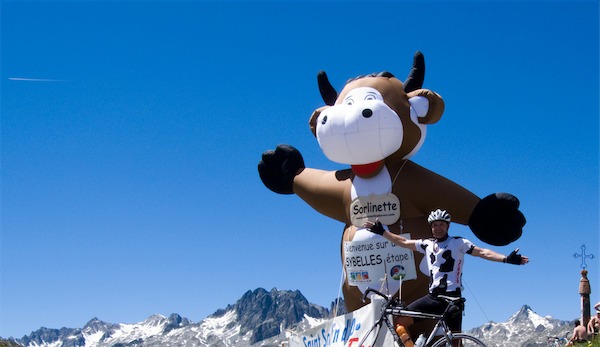 Today, Martin and I cycled up Col de la Croix de Fer via the Col du Mollard – and watched the Dauphiné Libéré at the top.

Col du Mollard is fun. Look at the map below – nothing but hairpins.

Most of this climb is through shaded woods, opening up to panoramic views near the top. With over 1000 metres of ascent, it’s a big climb in its own right.

Nearing the Col is a little route signed as “Montée du Col.” It is the direct way, and is unbelievably steep – avoid! At Martin’s insistence, we had followed it. Brutal, 21% appeared on my Garmin! The last 100 metres become gravel, but you can just walk to the Col sign.

From Mollard it is a 7 km descent to Belleville where we rejoined the standard way up Croix de Fer – just above the three tunnels (I hate tunnels).

After six or seven easy kilometres, the fun begins. Basically, to leave the valley requires going over the mountains, and the route just winds its way up.

Nearing the top, people were staking out spots to watch the race. After a 30 minute break for lunch at the top, we also watched from this spot. 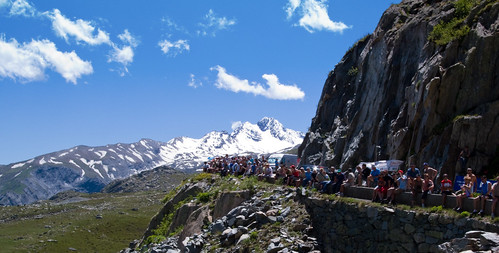 The helicopter signals the approach of the riders: 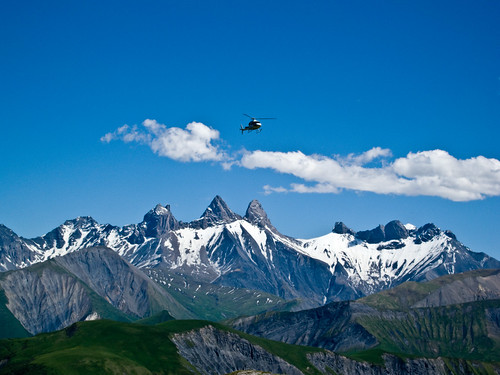 I had some camera problems and missed photos of all the leaders flying past. But here are a few more photos:

The last rider – Lorenzetto – passed us more than 40 minutes after the leaders – wow.

After watching the race, we took the spectacular direct route down – tunnels and all 🙁

Martin, Mountains, a Lake, and some Graffiti: 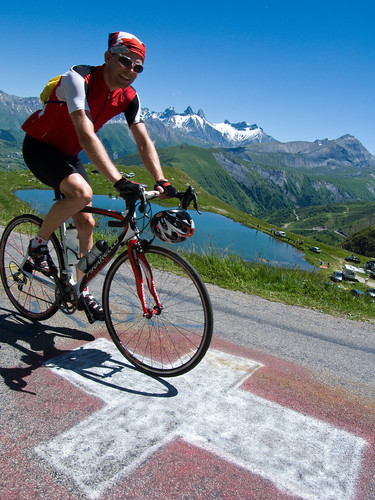