If the finish was closer to the top of a mountain, and there wasn’t Tourmalet next week, this might be called the Queen stage of the 2010 Tour.

Make no mistake, this is a huge day on the bike. Let’s walk through the four climbs:

Colombe means dove, but there is nothing peaceful about this climb.

The Tour first crossed over Col de la Colombière in 1960, and it has appeared approximately 20 times, most recently in 2009. The average grade can be misleading as there is a flattish stretch through the village of Reposoir. The final two kilometres are exceedingly steep – and it seems to me – always against the wind.

For the sightseers: At Reposoir is a beautiful Abbey: Chartreuse de Reposoir (photo above).

In 2009 the Brothers Schleck and Contador were all alone as they approached the summit. 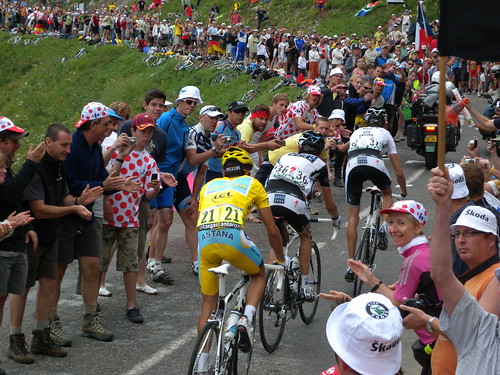 This is the easiest of the day’s climbs. 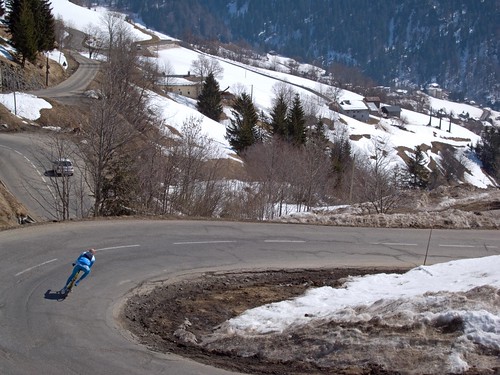 First crossed by the Tour in 1911, this historic pass has been in the Tour approximately 40 times. While the list of legends going first over Aravis is long, perhaps the most famous was in 1948, when Gino Bartali dropped Louison Bobet on these slopes going on to win the Tour.

For the sightseers: At the top of the Pass is the cute little chapelle de Sainte Anne – patron saint of voyagers – dating from the 17th century (photo above).

This is Reblochon cheese country, and has been since the 12th century! And if you need a cow pelt, they sell them at the top (booo!).

Saisies is a medium size ski station above the Beaufort Valley, with great views of Mont Blanc. 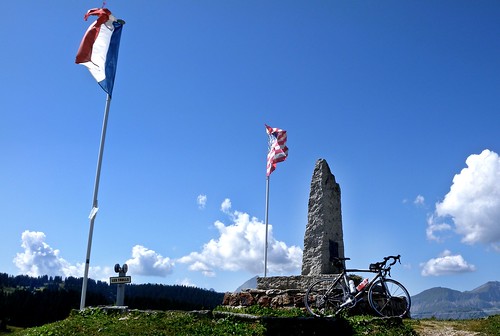 It first appeared in the Tour in 1979 and has appeared several times often as a link to Cormet de Roselend. This is the classic north side, but there are at least 8 interesting ways up this Col – this is great cycling country.

For the sightseers: At the top is an American-French monument commemorating an American paratrooper that died during one of the largest weapons drops in WW2 to the French resistance (photo above).

This is a giant climb. The biggest ascent of any climb in the 2010 Tour and probably the second hardest after Tourmalet (although that’s debatable).

Madeleine first appeared in the Tour in 1969. It is one of only two roads that cross the Vanoise Alps (far away Col de l’Iseran is the other). Every year, the inhabitants of each side of the pass meet in July for a festival to celebrate the relinking of their villages after 7 or 8 months of separation due to snow.

Don’t let the average grade fool you, there are long steep stretches on this climb. The ever changing gradient makes it difficult to get a rythym, and perhaps makes it ideal for an attack by a pure climber.

The descent is worth noting too. As they race to the finish line, they will have to navigate 40 hairpins – not easy.

Col de la Madeleine was called la Colombe until the 18th century. But was renamed after a little chapelle was built and dedicated to Saint Madeleine.

And don’t forget, if you go to watch the stage on Madeleine – they sell great pie 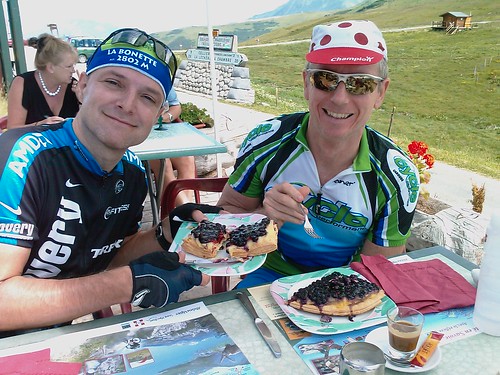