This ride is much tougher than is suggested by its 45 kms and 1430 metres of ascent. Mostly slippery, steep, mostly rideable, fun trails.

See here for very good road bike route that includes the first 3 cols of this rideCessens, Sapenay, Clergeon, and a nice gorge.

I started in Rumilly, at the start of the 15 km paved east side climb to Col du Clergeon. I soon left the route, taking a small road that soon became a gravel farm road. The first few unpaved kilometres were a touch “unused,” but hang in there as the route becomes much more civilised.

The entire route would be a combination of rough trails/roads and riding through mountain farm fields: 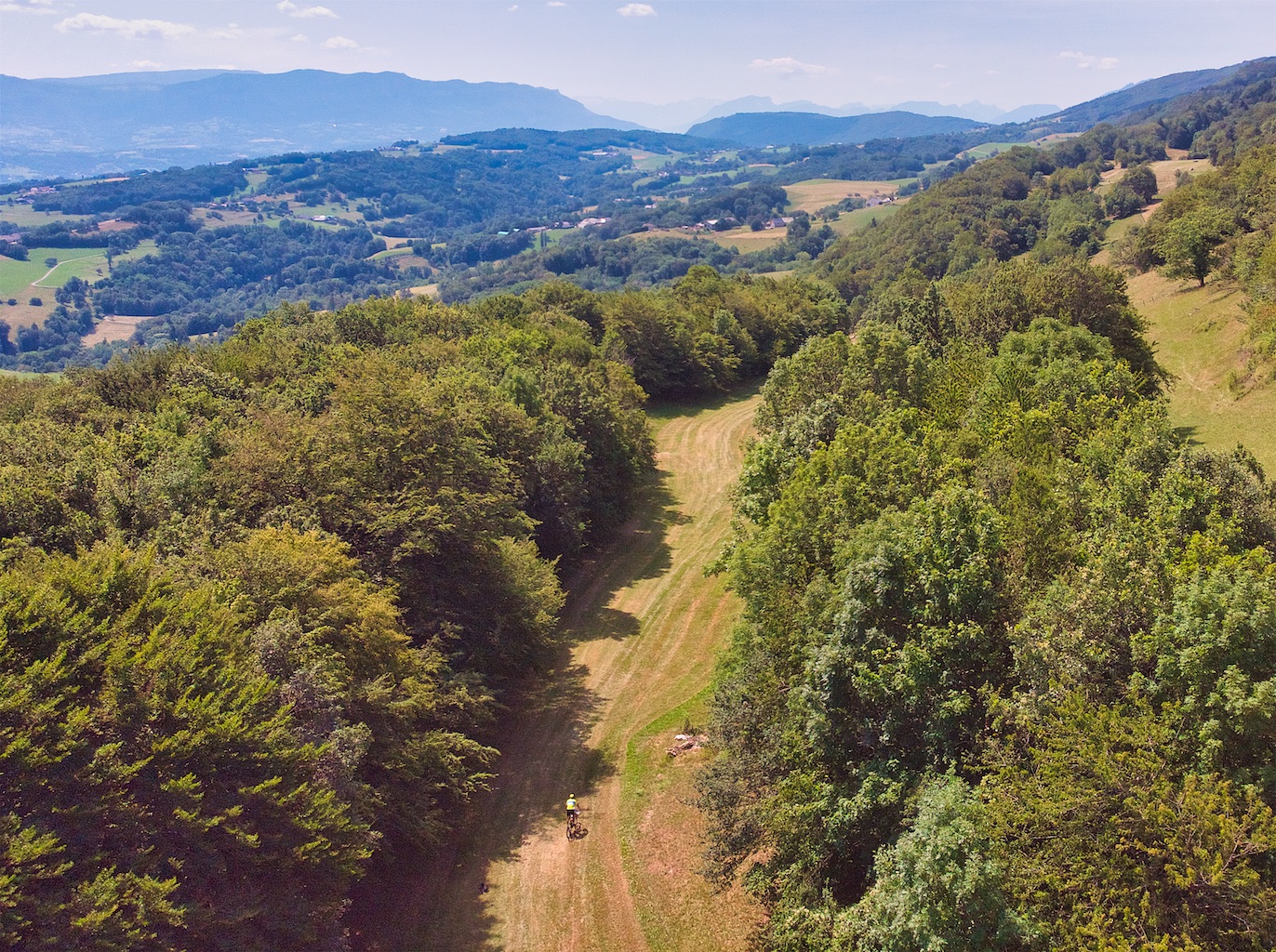 At Col de Cessens, I briefly took a paved road until Col du Sapenay as I knew the views were great (and I needed to speed up a little) – but there are trail options.

Below is the view I knew. Lac du Bourget is the largest lake completely in France (here’s an old post detailing a bunch of great road bike climbs in the region including Mont du Chat and Le Grand Colombier). 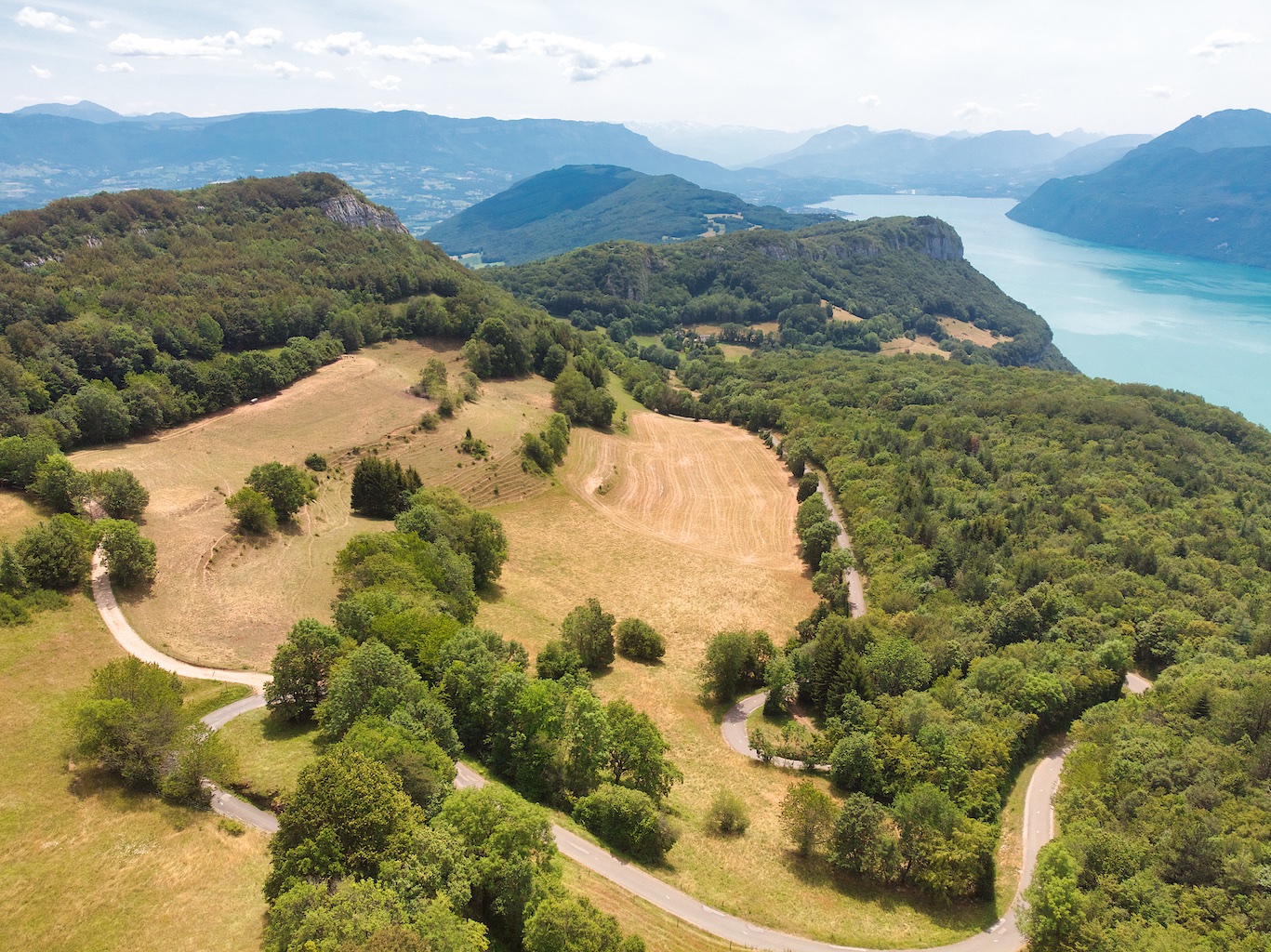 Here’s a scrollable 3D photo from the same location:

Here’s the 3D photo without the fancy software: 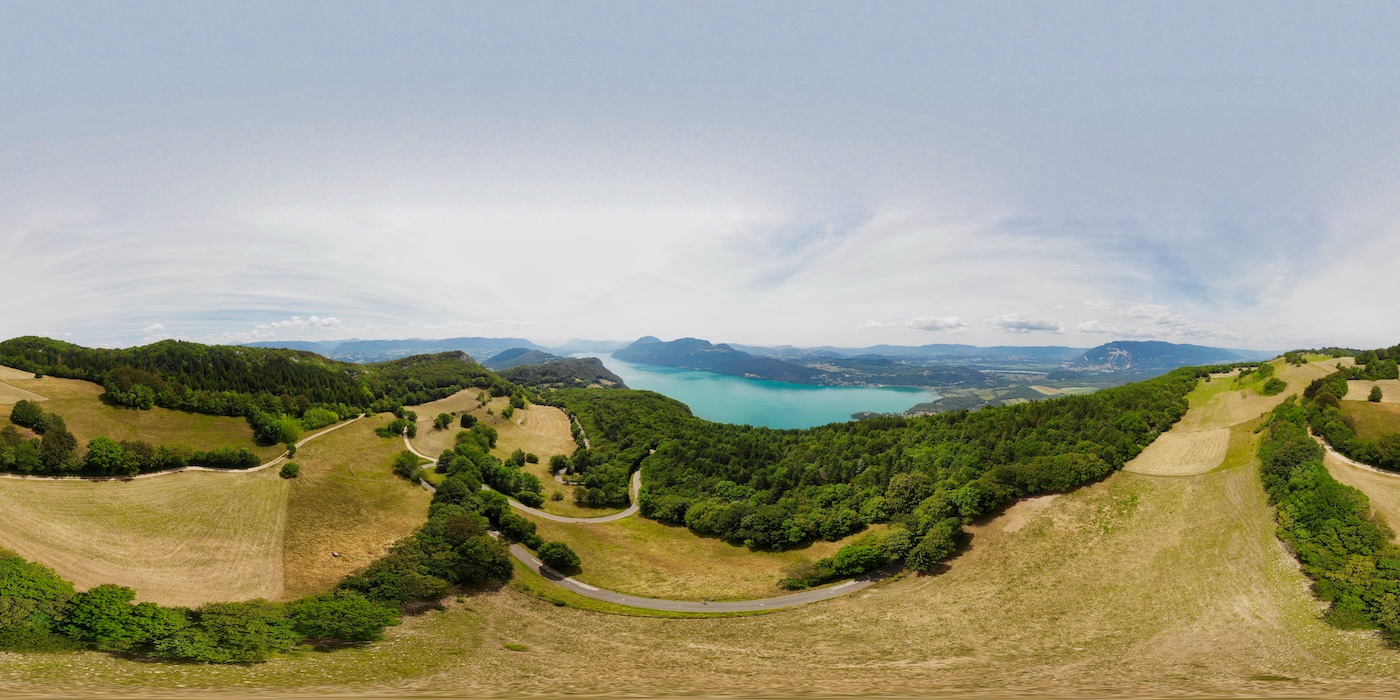 The ride includes Montagne de Cessens, Mont Clergeon and Montagne du Gros Foug. I’m unclear whether this is the Juras or the Alps. Geographically, it’s south/east of the Rhône River
= Alps. But Geologically I believe it’s Jura. I’ve used the Jura category on this blog. It certainly “feels” Jura.

I would find Hay Surfing Nirvana: 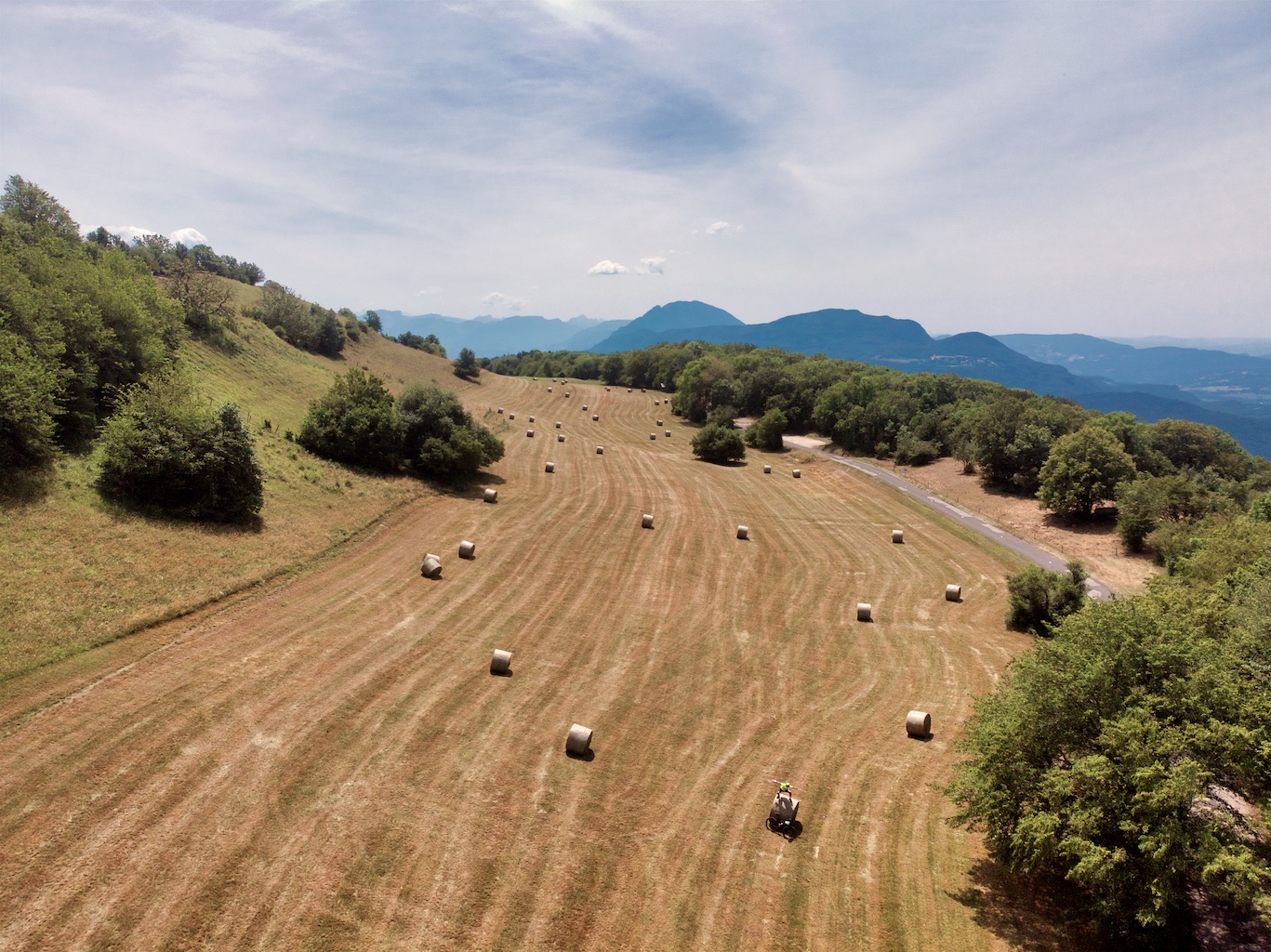 Just past Col du Sapenay I jumped back onto trails climbing along the top of Mont Clergeon to the Col. More fields: 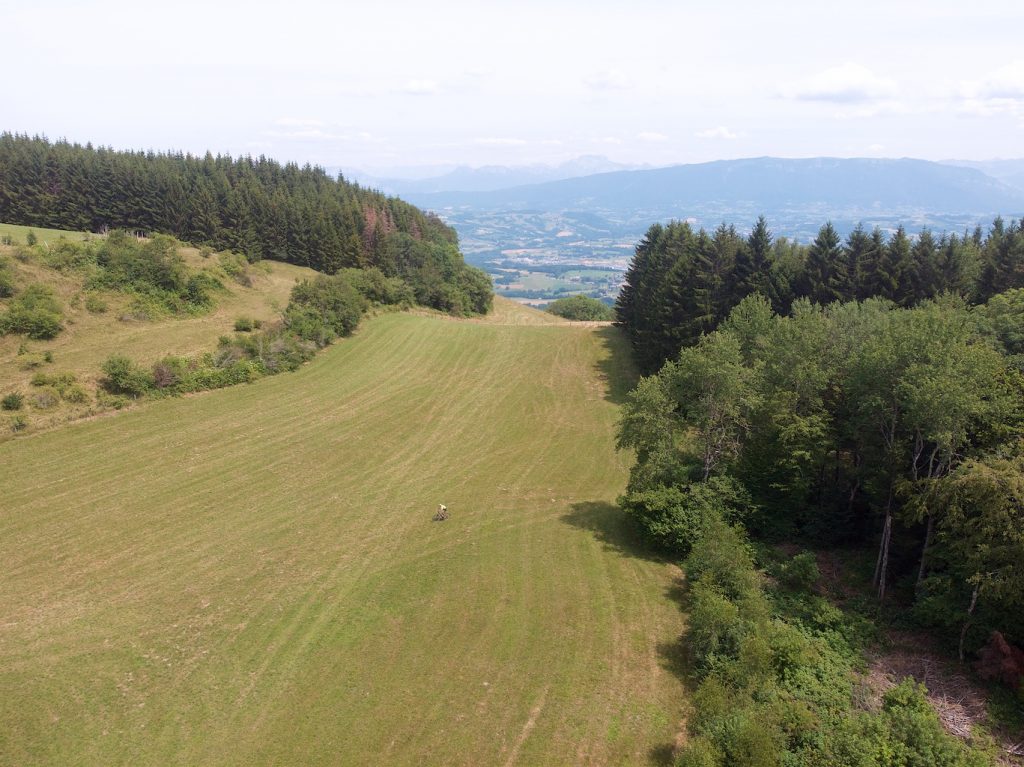 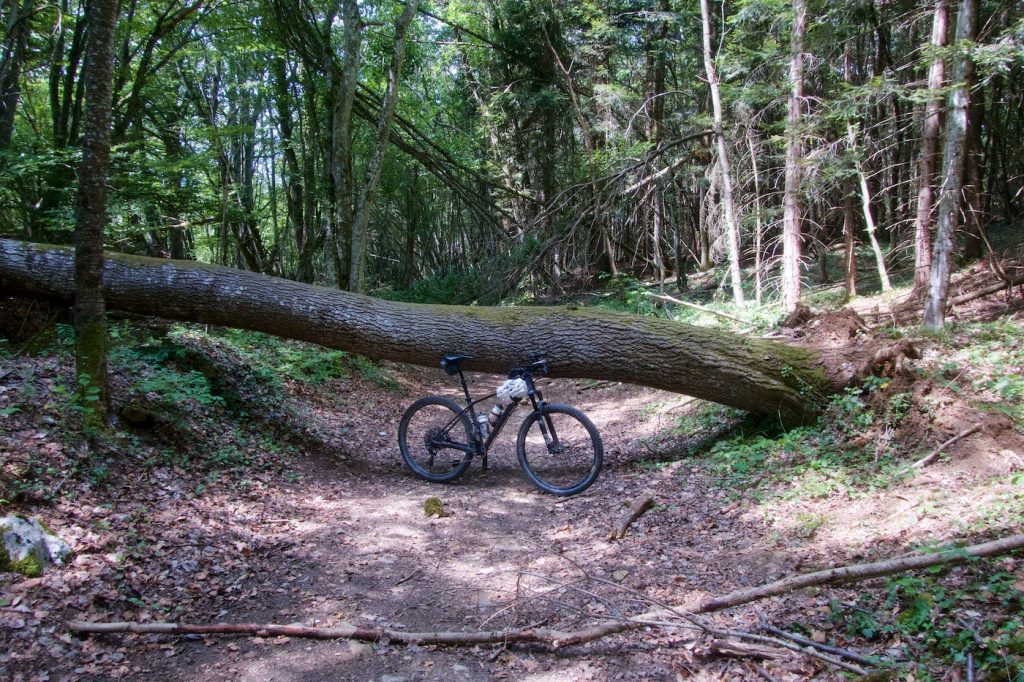 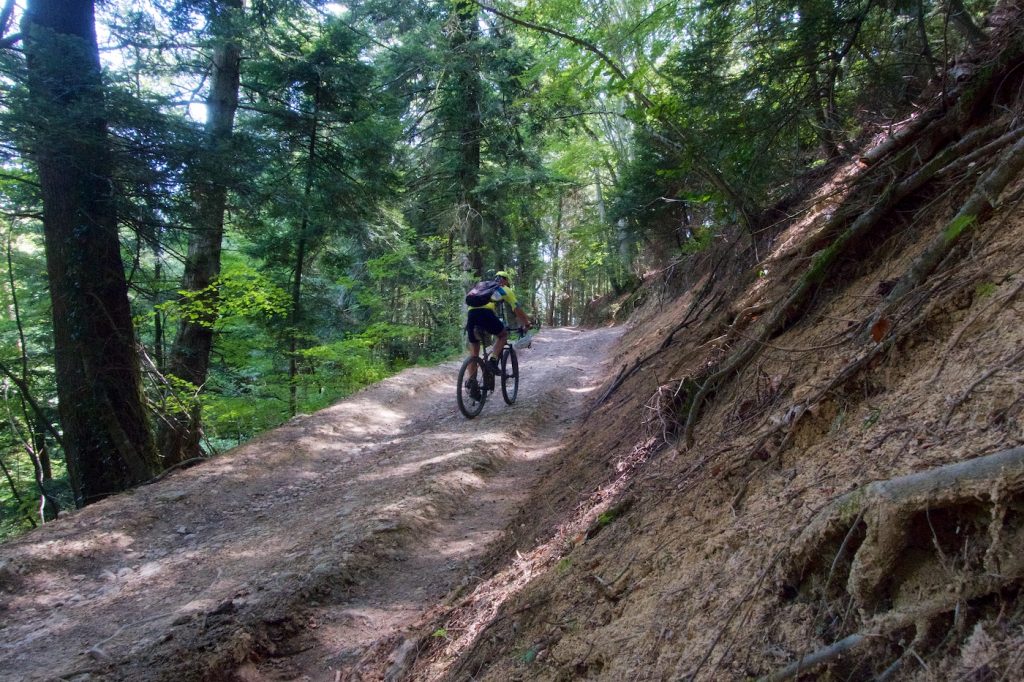 There was some descending then a steep, slippery, but rideable couple of kilometres to a great lookout just above the col/passage.

The Passage du Gros Four allowed me to pass back to the east side of Mont Clergeon. It was just a couple of downhill kilometres until I reached the paved road below Col du Clergeon. I simply descended it back to Rumilly. Tired, thirsty, pleased.

Note: The cols are labeled on the ascent profile just below the map: