There is a well known “secret” among mountain lovers. During the endless, gray, depressing days this time of year – there is often plenty of sunshine if you just go high enough.

So while 99.99% of the population around Geneva had an overcast morning – we had to apply extra sunscreen for our snow hike. Katy took this great photo clearly showing the cloud ceiling: 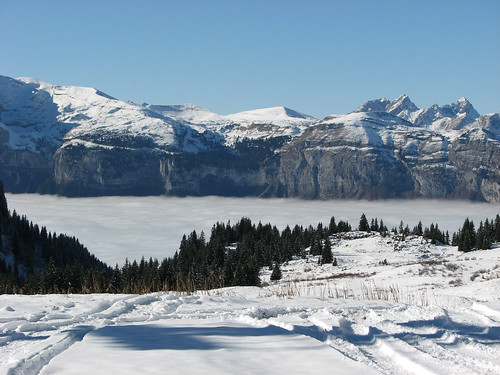 November is often the perfect time of year to hike in the Alps. The snow is fresh and the skiing is generally not yet open. We drove most of the way up Col de Pierre Carrée – Flaine ski station – to begin our hike.

Col de Pierre Carrée is one of the highest paved routes around here that is road bike-able during the winter – assuming the road is dry. see here for ride details

Hiking? Isn’t this a cycling blog?

Yep, and we were scouting out a great mountain bike route. Unfortunately, it will be covered in snow until next June! 🙂

We started the hike where we usually park to ski (see map at bottom). There is a very bike-able gravel road that climbs to Col de Vernant (1967 metres). From here it gets very steep up to Col de Grands Vans – but an exciting mountain bike project for 2009.

As for our hike: we spent the entire day congratulating ourselves on being out on a perfect day – light powder, mountains everywhere, deep blue skies, and deserted – except for a herd of chamoix.

Frankly, we had too much fun. Eating kip curry, drinking mulled wine and plotting future adventures. 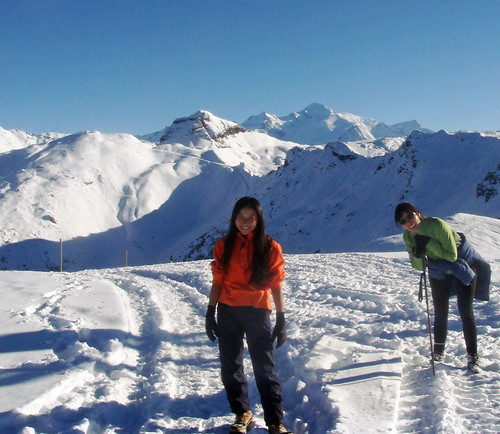 From Col des Grands Vans there is a beautiful little ridge hike that leads to Tete de Veret at over 2300 metres. I found it a little vertiginous – but nobody else seemed to mind.

Below, there is a LONG drop about 5 feet behind us (and Mont Blanc over my shoulder). 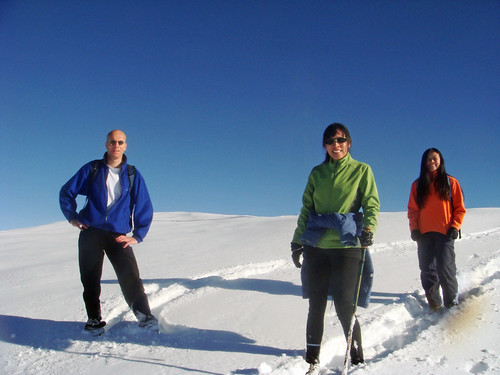 Its much faster going down: 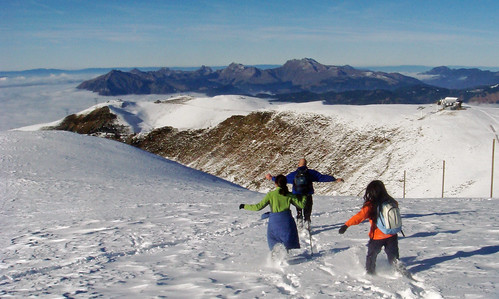 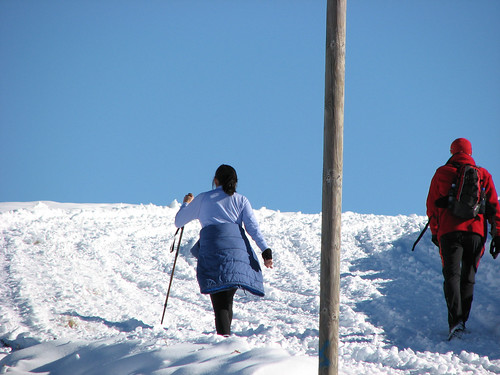 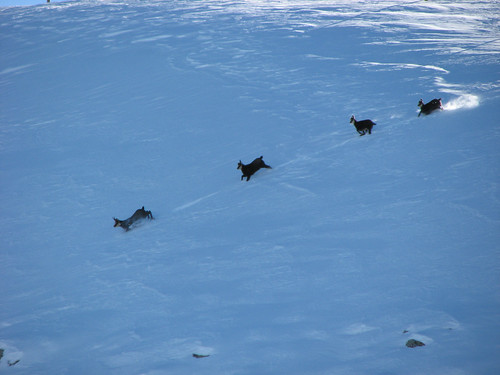 Map of the hike. And a June 2009 mountain bike project.