Le Chemin de Saint-Jacques de Compestelle has been followed by pilgrims for over a 1000 years.

In medieval times it was one of only three pilgrimages offering a plenary indulgence – meaning the remission of the entire temporal punishment due to sin so that no further expiation is required in Purgatory. Which is nice. 😉

It’s called “The Way of Saint James” in English, “Jakobsweb” in German and, “El Camino de Compestella” in Spanish.

There are countless different routes spidering across Western Europe towards Compestella, Spain – and one stretch runs behind our garden. See
Wikipedia for more info.

And it’s a fun route to bike: 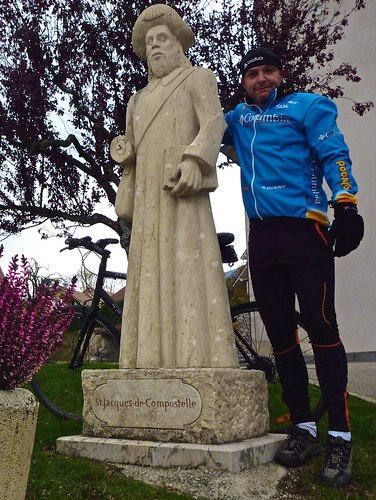