The Mont Ventoux of the Jura Mountains? 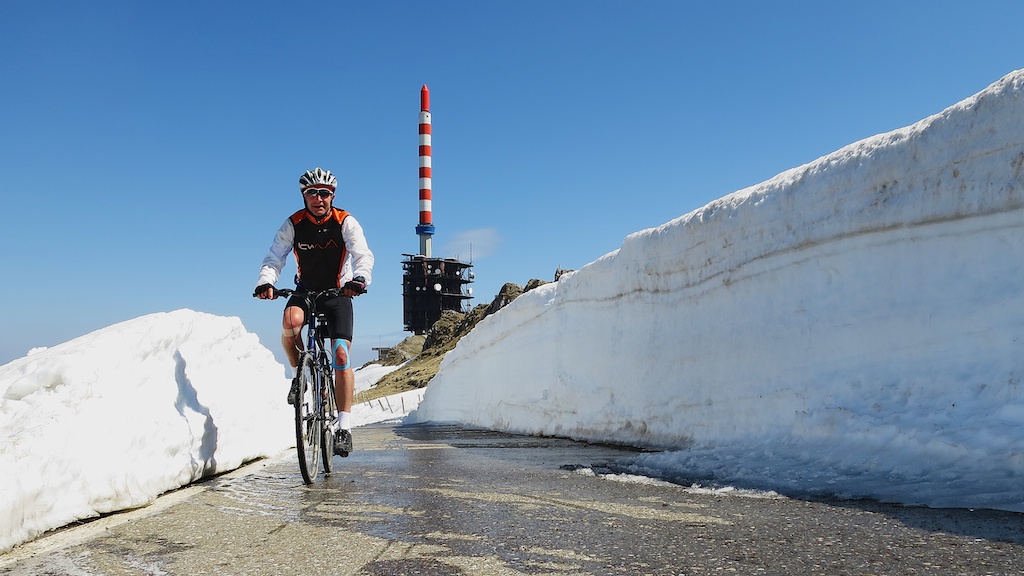 While cycling up to le Chasseral is not much like cycling up Mont Ventoux, it does have three things in common with its Provençal cousin:

At 1607 metres, high above Bielersee (Lac de Bienne), Chasseral is the highest point in the north Swiss Juras and the highest non-alp in the canton of Berne.

As the profile shows, there are some very steep kilometres and a couple of respites on this very tough climb. 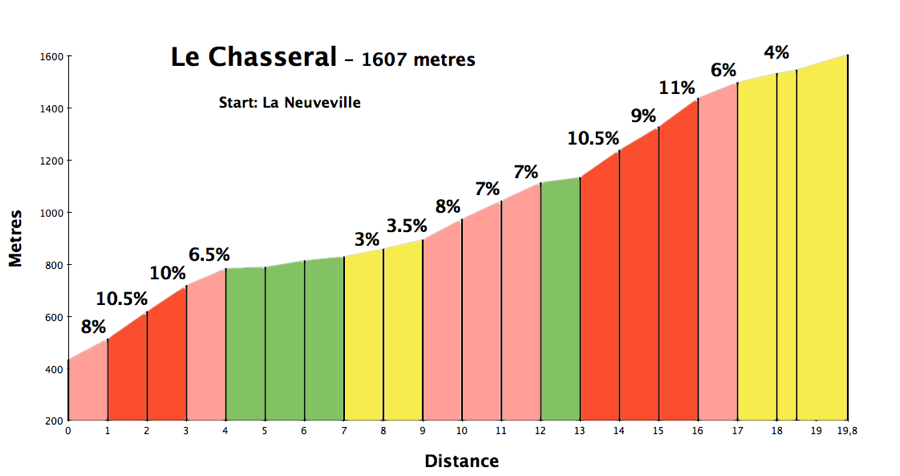 The climb starts in the centre of La Neuveville, and immediately heads up into the woods. It is difficult from the start. Honestly it felt harder than the profile shows. But maybe it was just my old legs.

Col du Chasseral. 2 kms from high point.
The easy stretch mid profile sees the road exit the woods into the open for a while. This photo from about the half way point shows the summit in the distance: 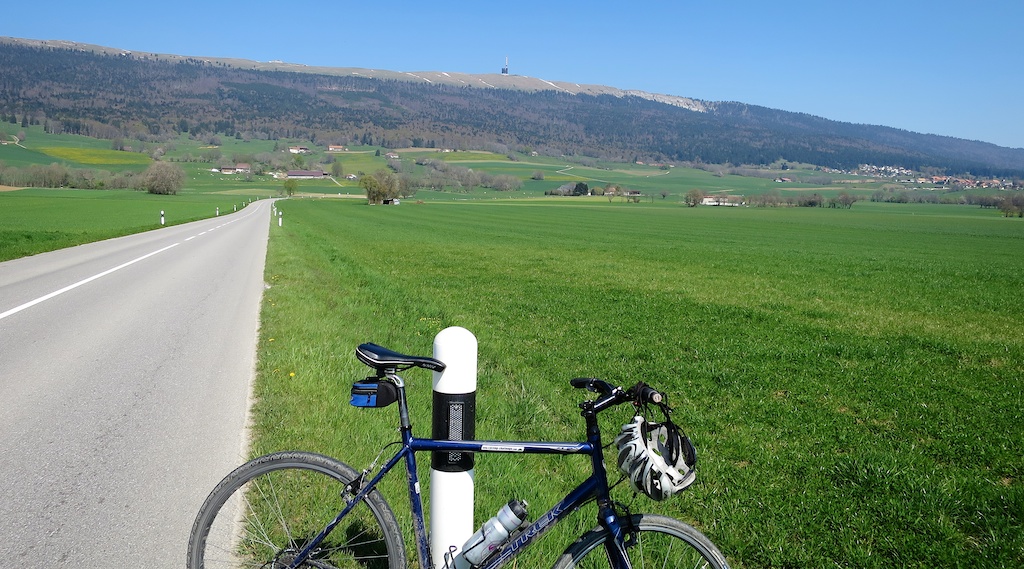 Half Way Up. Summit in View

At the village of Nods, the road re-enters the forest and is again hard-work, with few hairpins for encouragement. 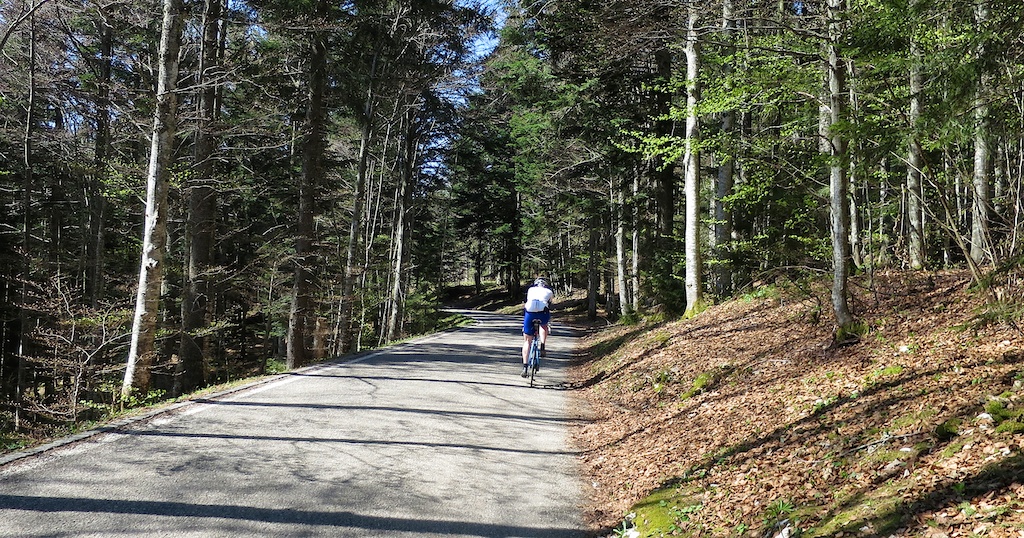 Finally, the road gets a little easier as the tree-line ends. It’s beautiful up top. The Col du Chasseral is at 1502 metres. The road does head down the other side from the Col but it was still closed due to snow.

At the Col though, head higher towards the hotel/restaurant – which at 1548 metres, marks the end of the road for motor vehicles. But keep going! For perhaps just over a kilometre further, a paved path heads to the base of the communication tower.

A strong bise (cold north wind) was blowing over the top and despite it being 19 Cº down low, I was freezing. But pure dedication meant I took a few photos. 🙂 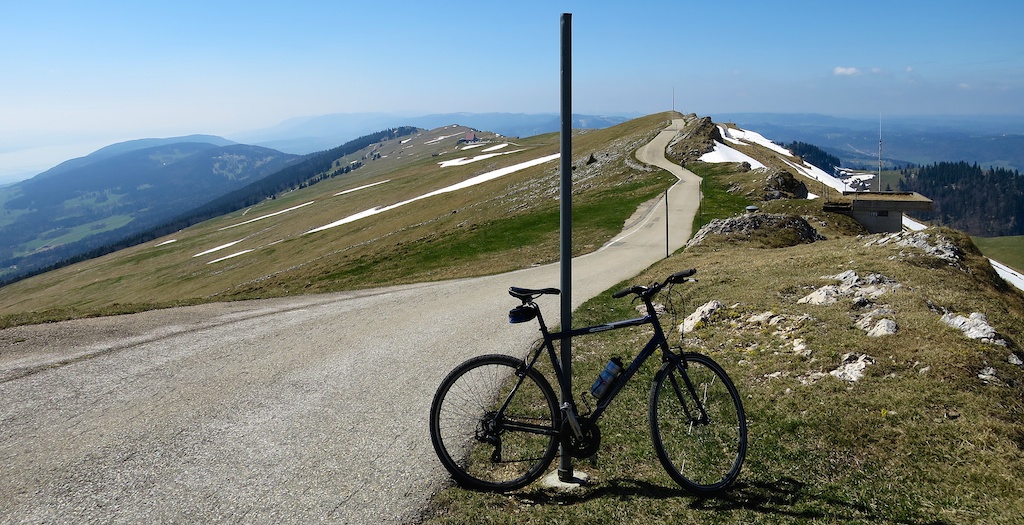 The top ridge. Tower is behind me. Col 1 km ahead

Unfortunately, a touch hazy for the sometimes great views of the lakes far below, as well as the distant Alps.

Note, on the Map below, I took an alternate lower part of the route back to Neuchâtel. This would also be a great road to head up on.

While I was struggling up, Doreen was enjoying herself cycling down by Lac de Neuchâtel. We had enjoyed a big ride together on Saturday exploring the many well-signed bike paths in the area. All-in-all, a fun weekend on the bikes. 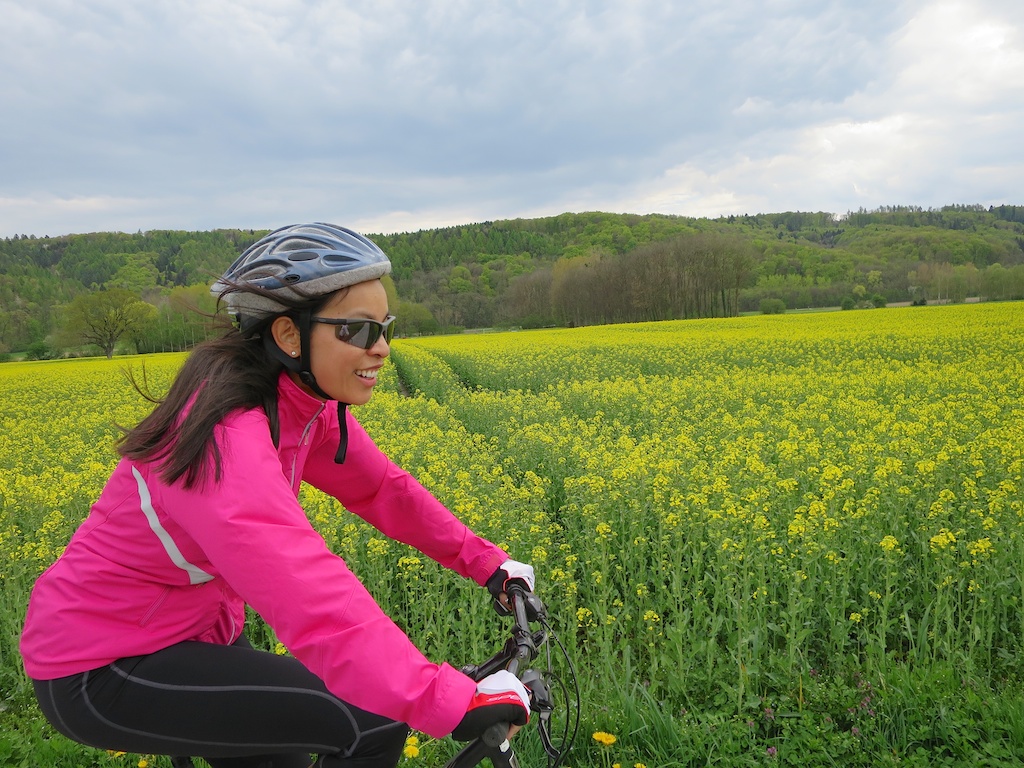 This is a tough climb. Not at all busy, but I'd hoped for yet another deserted Jura road. Sunny sundays attracted enough motorcycles for me to dock a point or two. But overall, fantastic.