Today was a bit warmer and much sunnier.  I decided to climb Col de la Croix again — starting at Villars – but using mountain bike paths as much as possible.  There is nothing like the Swiss Alps when the sun is shining.  The first half of my route was on a beautiful, tiny, steep path.  I think I somehow missed a turn (snow on the road maybe, and found myself biking across an alpine field to a little farming community below the glacier.   To get to the col I had to join the main road for the last three  10% or so kilometres.  I was pretty tired but decided to go over the top and explore a little. 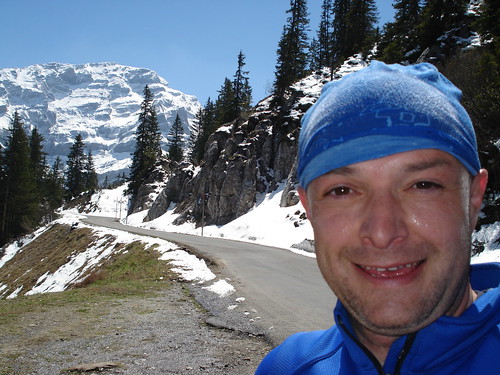 I passed a restaurant (the far left of photo below is roughly where I am standing in the photo above) only 70 metres of altitude below the summit that Doreen and I had cycled to a couple of years back – we were oblivious as to how close we were to the col. 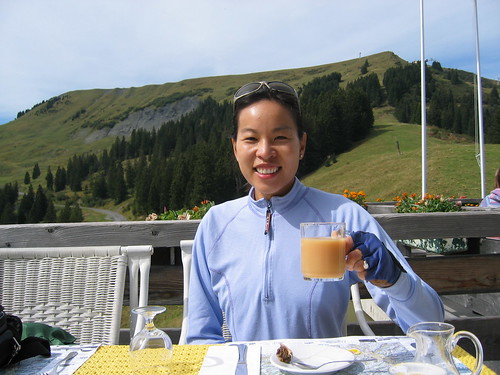 I didn’t have enough energy to go all the way down the other side, but explored a few little paths and then started climbing to the Col for the 3rd time in 2 days.

I am the world’s worst descender, but it is much more enjoyable on a mountain bike than a road bike. 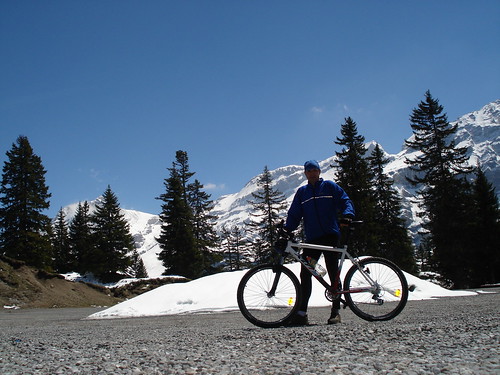