I cycled the north side of Col de la Madeleine the other day with my friend Philippe. I thought I’d post here details on all four ways to climb this majestic, monster col. Each option includes more than 1500 metres of ascent! Three of the routes are paved, the fourth visits the amazing Lacets de Montvernier & Col du Chaussy, before taking a fabulous unpaved road.

Madeleine is one of only two roads that crosses the Vanoise Alps (the other is Col de l’Iseran far to the east). Until the 18th century it was known as Col de la Colombe, but was renamed after a little 18th century chapel dedicated to St Madeleine.

The yellow route on the map

At 25 kilometres, the north side is 6 kilometres longer than the classic south side. As the profile shows, there are a few easy kilometres along the way. But it’s still hard work. I prefer this side as it’s far less developed, and the last few kilometres are stunning.

See this post for a ride up the north side that also includes a super steep detour up to Lachat (labeled on map). 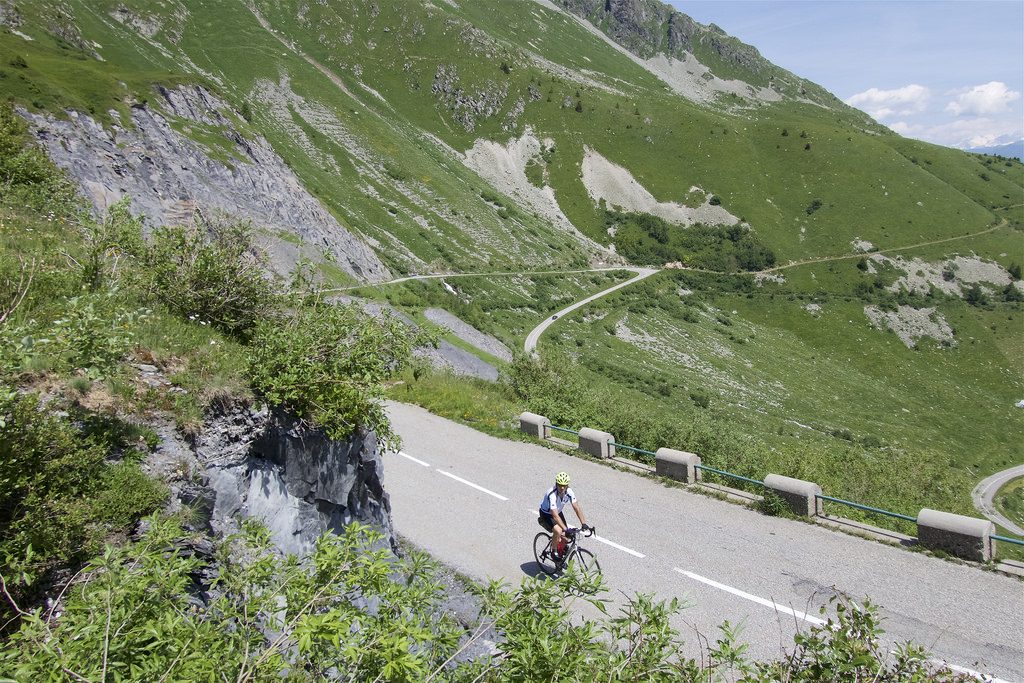 The Classic South Side

The red route on the map

The classic south side starts in La Chambre and climbs the D213. Only 19.5 kilometres, this side is relentless with approximately 40 hairpins. Three kilometres from the summit is the ski station of Saint-François-Longchamp. The final stretch of the climb winds up the ski slopes. 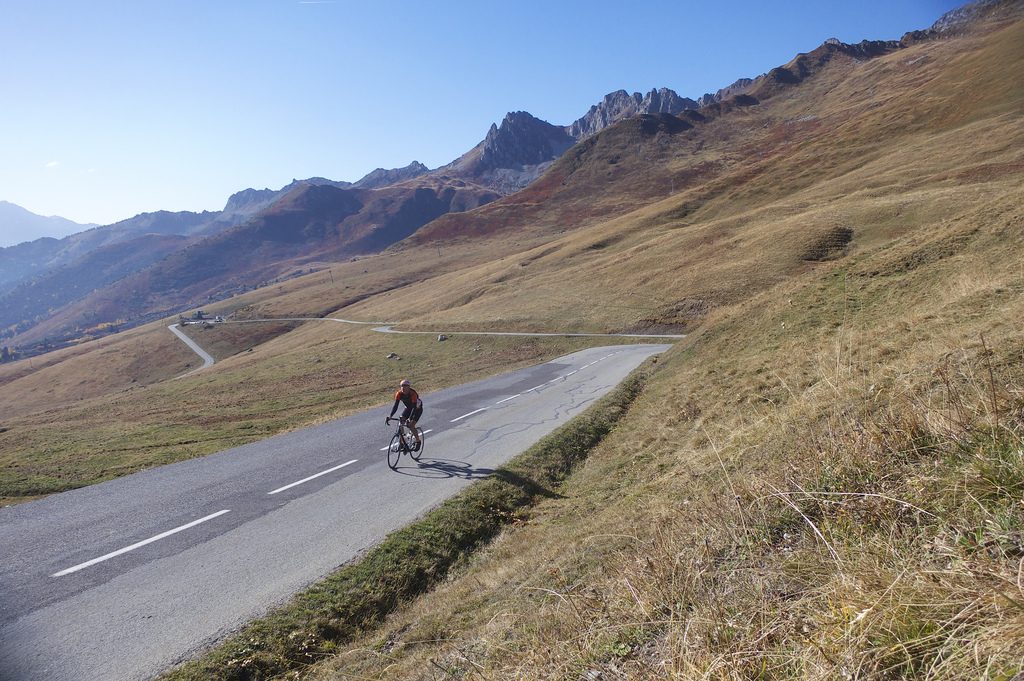 Col de la Madeleine has appeared in the Tour de France 25 times. Always climbing one of the two above routes – D213. In Daniel Friebe’s Mountain High he talks about David Millar’s lonely battle with Madeleine in 2010, 35 minutes behind the peloton, desperately and ultimately successfully finishing ahead of the cut-off time. I had the good fortune to be on the mountain that day.

A Quieter South Side

The orange route on the map

Also starting in La Chambre, there is a another possibility by road bike via Montgellafrey. Basically, this climbs the other side of the gorge across from the D213. It is much quieter, equally tough, eventually rejoining the D213 at St-François-Longchamp, sharing the final 3 kilometres to the summit.

Note, in this link, I climb this route and also add a little detour to Lac de la Grand Léchère.

The green route on the map

This is the route I keep revisiting. Magnificent.

In 2015, Les Lacets (hairpins) de Montvernier made its Tour de France debut, revealing this great “secret” road to the unwashed masses. It’s a beautiful series of 17 hairpins, but – a warning – it’s perhaps only 20% of the way up the challenging Col du Chaussy – a great climb in its own right. After reaching Col du Chaussy the route briefly descends then turns onto a road that turns up to Lac de Loup. It soon becomes unpaved, eventually crossing a ridge into the valley with Madeleine, descending a ski-station-service road above St-François-Longchamp to rejoin the top of the south paved D213. This unpaved stretch is super-scenic, and super-quiet.

It is possible to get from Col du Chaussy to the Madeleine route on a paved road, but it joins the D213 quite far down. Still, I’ve added the paved link road to the map (dark blue).

More details of this option here or here with lots of photos of Les Lacets de Monvernier.

Edit: Here’s one of my better videos taken years later of this 4th option:

Al four of the above climbs are worth a visit, but I especially recommend the unpaved route that includes Les Lacets and Col du Chaussy. I promise it will be a day you won’t forget. And remember, don’t believe everything you read: the new monument at the summit of Madeleine (like the col signs it replaced) claims that it is at 2000 metres. It’s actually 1993 metres.