Col de l’Epine is on the shoulder of Mont du Chat and not far from that redoutable climb – details here. I shouldn’t really climb this without adding Mont du Chat …. but considering it’s December, this was a good little loop.

The road to Epine was signed as closed due to the snow a couple of weeks back – but it was completely clear …. and with the closure also car free.

From the Col is a forest road (turning into a hiking trail) along the ridge of the mountain that passes by Col du Crucifix and Col Saint-Michel. 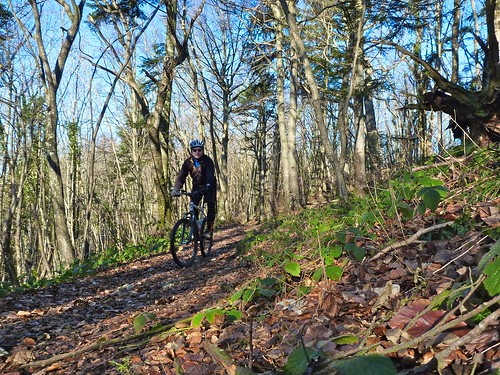 These two passes – overlooking Lac Aiguebelette – are far from any roads or civilization – but were used as roads in past times. Col Saint-Michel was a Roman road used as a short cut to Chambery. And in the early 1700’s, when the Roman road was crumbling, a new road was commissioned over Col du Cricifix.

From Saint-Michel I descended towards Saint-Sulpice on the old Roman road – now just a deep rutted hiking trail. To be clear, it’s very technical on a mountain bike (this is code meaning I walked for long stretches). 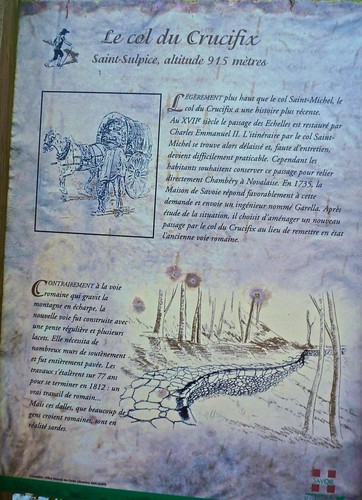