Another great day cycling in the Pyrénées as I work my way towards the giants.

Starting in Castillons, this great ride starts with 10 easy kms to warm the legs up.

The route then climbs the Col de Portet d’Aspet. Not the hardest climb, it first appeared in the Tour de France in 1910 and has appeared dozens of times since. From the east side, the 600 kms of ascent is only steep for the last few kilometres above the town of Portet d’Aspet (one stretch at 10.8%).

The descent is crazy. Through shaded woods, tight hairpins, and two stretches signed at 17%, it was near the bottom that Fabio Casartelli was tragically killed in a crash in the 1995 Tour de France.

There is a monument to his memory. 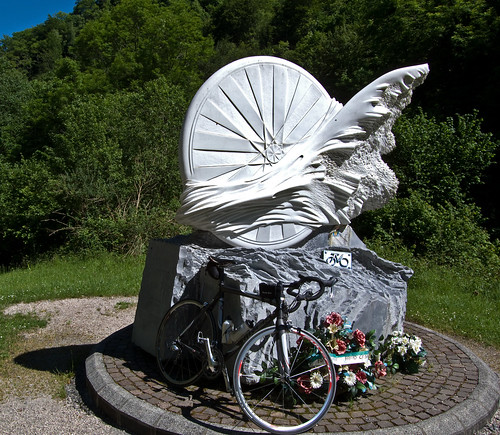 At Pont de l’Oule, the climb begins for Col de Menté. It has appeared 15 times in the Tour de France, debuting in 1966.

It’s a beautiful hairpin filled, and fairly challenging climb, rising out of a lush valley, passing the Col de la Clin (no sign!). 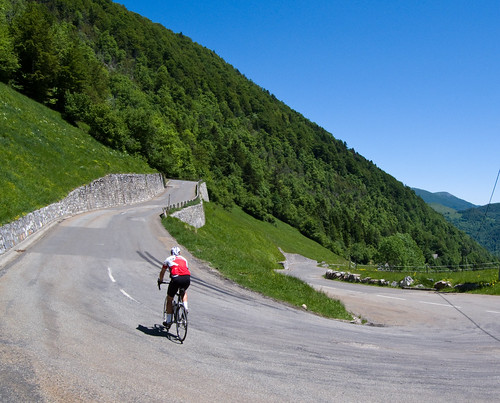 Above Menté near Col de Lagues (no sign!), my brilliantly planned loop turned into a gravel forest road at the bois épais (thick woods). I think it would have soon become a better road, but I knew that these woods were the home of some Slovenian bears – released here in 1996 (I am a coward).

So I just retraced my track, allowing me to climb Col de Portet d’Aspet from the other side and it’s 17% slopes. Hard work.

I was out of water at the top, but without me even asking, a member of a HUGE Italian cycling group started refilling my bottles. Grazie!