Col des Saisies will be in the 2006 Tour de France on the last huge mountain day – ending in Morzine.  The ride starts in Beaufort (famous for its cheese). This little valley is hard to get to … even the main road is a narrow winding affair.

Beaufort is a cycling mecca — and is at the base of at least six great cols and endless variations.  My climb bible had six ways up Col des Saisies alone.  Although 3 of the big climbs are still closed due to snow.  For my route I chose the classic route up Route D218b.

As the snow melts the there were cascades everywhere along the ride. 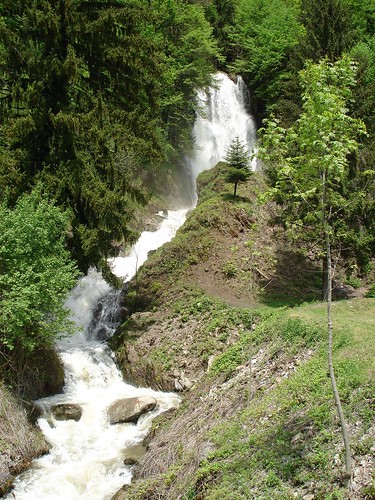 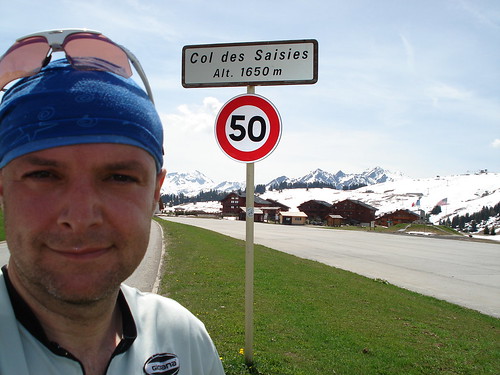 Great views and a WW2 memorial at the top commemorating the Parachuting in of huge weapons supplies to the French resistance at the Col itself. 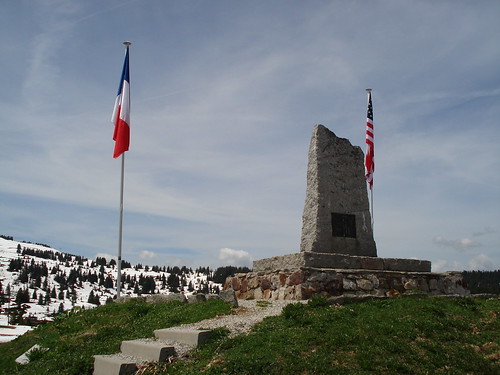