Col d’Izoard is one of the legendary cycling climbs in France. Last week my Swedish friend Jens and I cycled it the day before its appearance in the 2017 Tour de France.

I’ve written about it a few times before, so I’ll mainly just post some photos here. But first: a few fun Izoard facts:

The Hautes-Alpes department hosts many car-free bike morning on big cycling climbs. In fact there are 3 days for Izoard in 2017. I attended one one in 2014, truly fantastic. Details here. For a complete list of Hautes-Alpes car-free days, including the Izoard dates, see here.

Jens and I would climb the north sides, but then continue over the top to Col de la Platrière, so we could ride through the legendary Casse Deserte – the last 2.5 kms of the south side. I think both sides are fun, but the highlight of any visit will always be the Casse Deserte.

At the summit, behind the store/restaurant, is a hiking trail that leads to fantastic views of the Casse Deserte hairpins. We hiked/rode over to it. Superb views. 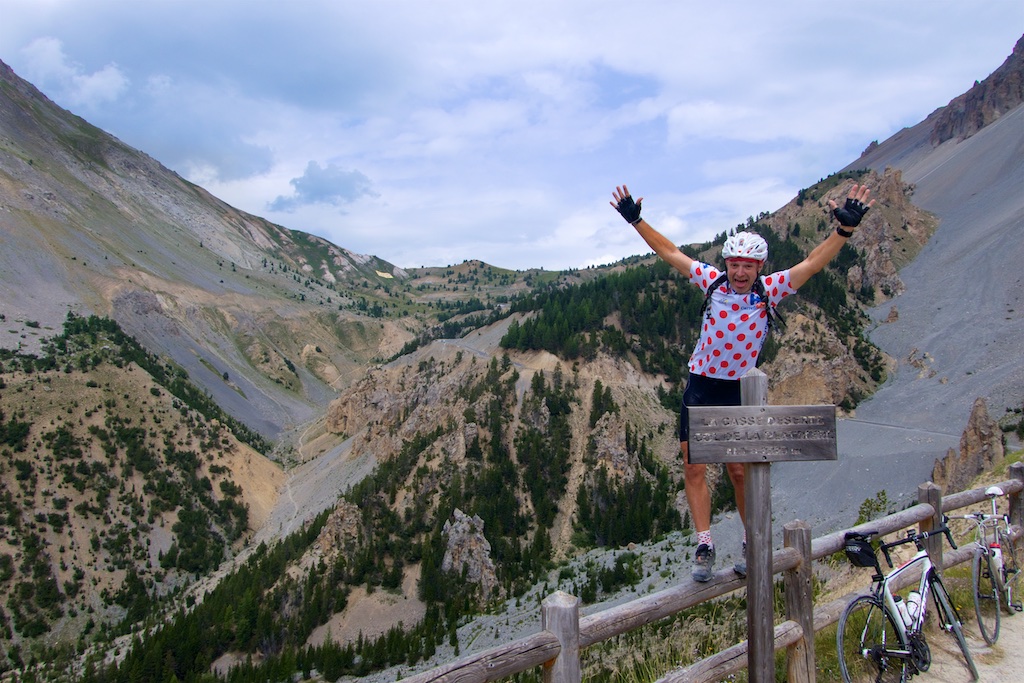 The road briefly descends from Platrière then heads up again to the summit. On your left, don’t miss the Coppi-Bobet monument.

Izoard is a magical place. Full of history, both cycling and military. And the Casse Deserte is unique and beautiful. Definitely one of my favourite cycling climbs.