I am sometimes amazed how few problems I have when route/trip planning. But today was a small exception. I had mapped out an ambitious route through “Le Colombier d’Aillon” region of the Alps (between Chambery and Albertville) over three cols. But half way up the Col de Marocaz I ran into a snag. The route was closed.

The route from Cruet up the Col de Marocaz will be closed until 30 September 2007 while they repair a bridge (I now know).

My circuit had planned to end by descending the south side of the Col du Frene, so I decided to double back and climb it. Luckily, this is a very nice climb – lots of hair pins and views of the Alps. Part way up I noticed a turn off to the Chateau Miolans, so after reaching the top I descended back to visit the castle. 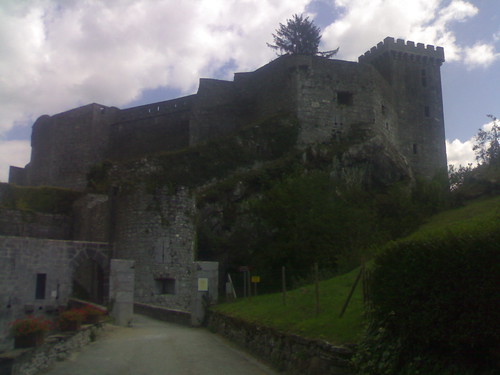 The Chateau Miolans is a huge, beautifully preserved castle on a commanding location (built on Roman ruins that overlooked and protected the Milan-Vienne roman road). The current castle was built and often modified between the 11th and 16th century. It was a seen as a “state of the art” military castle until the 15th century protecting one of the most important access roads in the Alps. After the Miolans family died off in the 16th century, it was used as a prison – and included several (in)famous prisoners including the Marquis de Sade.

Unfortunately, the unfriendly cashier lady absolutely refused to let me enter with bike shoes (or socks). 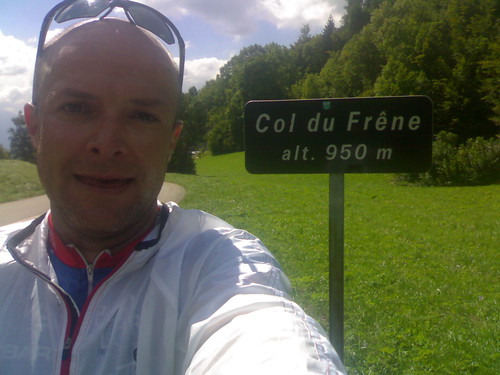