Four Cols with three high peaks between. A challenging but superb mountain bike ride on the mountains of the Grand Massif above Flaine ski station.

For another fun mountain bike adventure above the main part of Flaine ski station see here.

This isn’t the longest ride. But hard work. Here’s a profile using Mesmeride.com The altitudes are close but a touch low (taken from my GPS file). For example Tête de Veret is 2309 metres 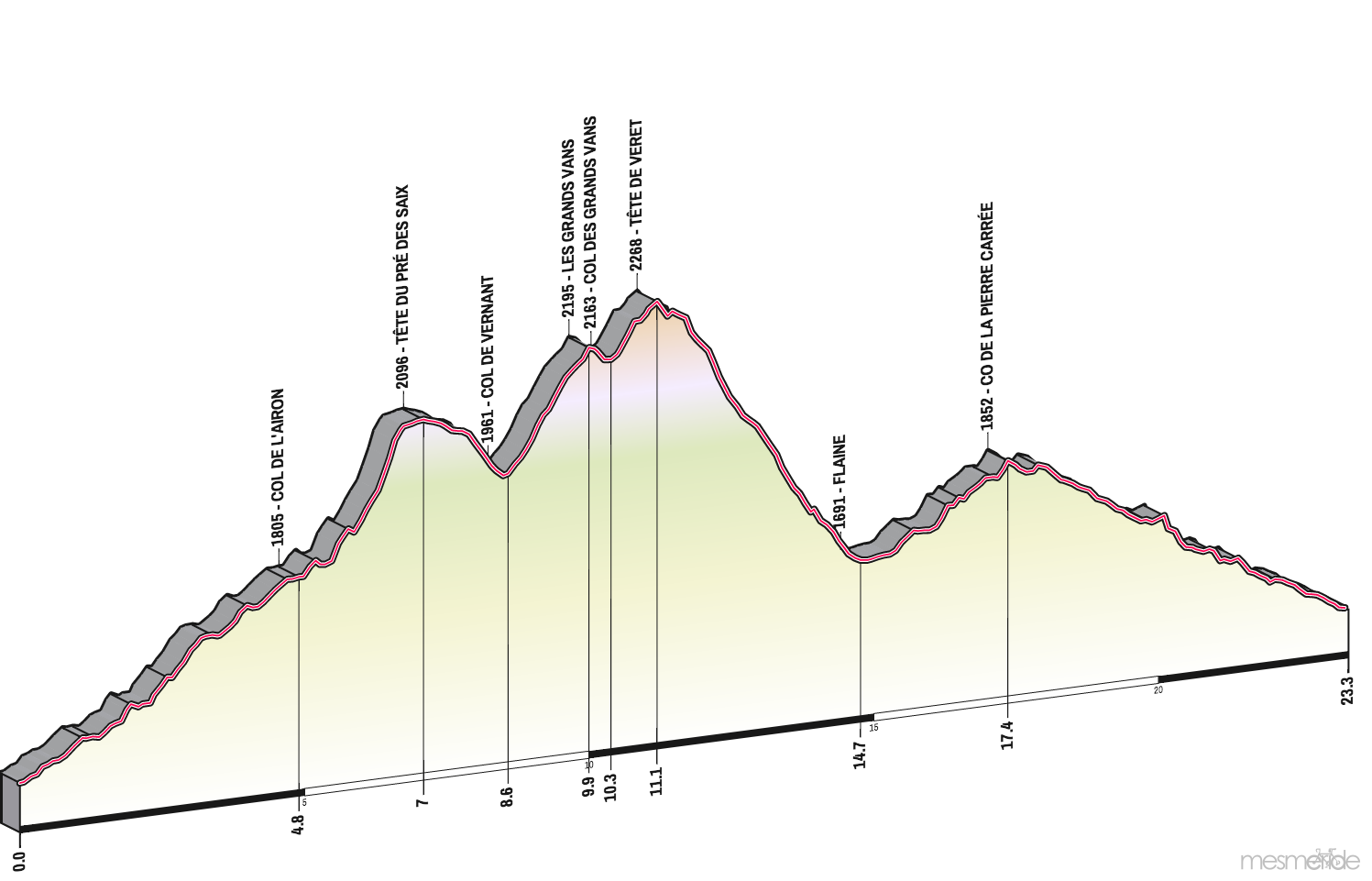 I started well above Les Carroz, as I was only interested in the mountain bike trails. But you could start much, much lower. The 21 kilometre climb to Col de Pierre Carrée is one of my favourite paved winter rides – see here.

The route starts on a fun road up to Col de l’Airon. Not too bad. But from here it is super steep to Tête du Pré des Saix …. I had to push a little.


It’s a beautiful view and a fun descent down to Col de Vernant. Then another very, very steep service road up To Les Grands Vans. This is where we ski the most. It’s fun to be here in the off-season. Despite the lack of sun, the views are great, and there is virtually no-one around.

It’s a short descent to Col des Grands Vans, then another challenging climb up to Tête de Veret. It’s an amazing place jutting out over a cliff with 360 degree views. There was some sort of old, ruined road that I thought might give me another way down. But it just ended. So I double backed and descended a ski slope into Flaine village.

From Flaine, it’s back on the paved road for a short climb to Col de Pierre Carrée then a descent back to the start. I love this loop.

PS – After the first big snow of the season, before the ski slopes open, it is a great hike to Tête de Veret.

Despite the fog and clouds blocking the views, a beautiful mountain bike col hunting ride up high.