A rare (admittedly minor) positive legacy from war: the great network of old, high, unpaved military roads in the Alps on the Italian/French border.

The route to Col du Fréjus starts from Modane in the Maurienne valley. It runs above the famous Fréjus tunnel that links Savoie (France) to Piedmont (Italy). The road to the Col (2,541 metres), was built in the 1890’s at the behest of the French Général-Baron Berge. 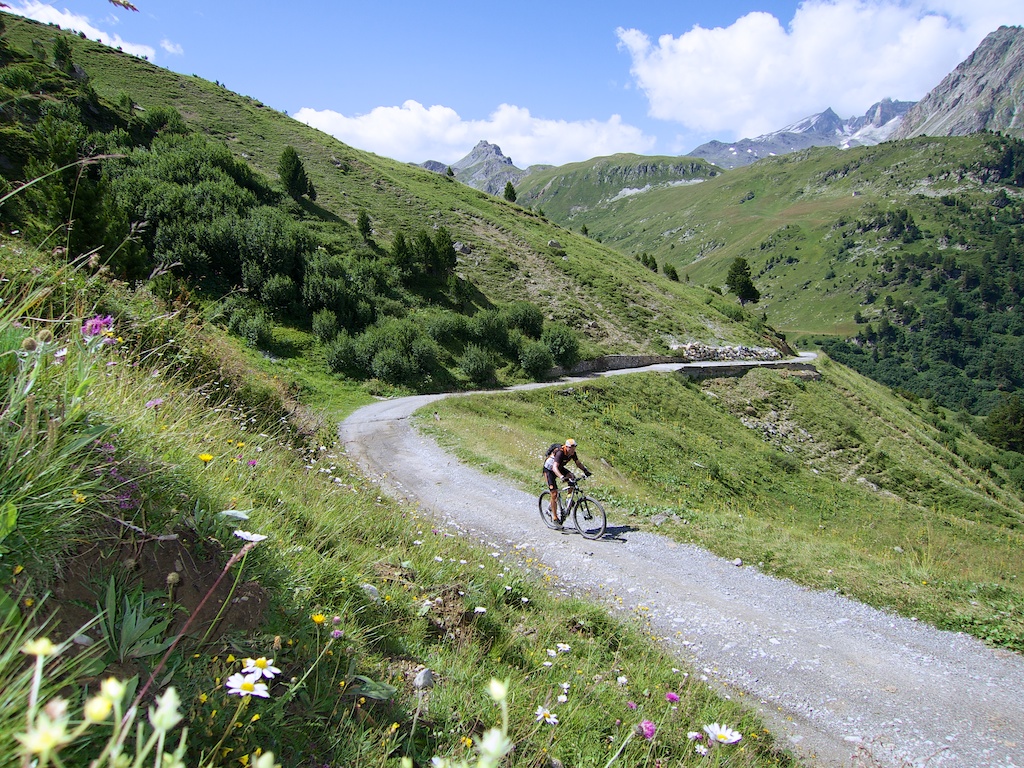 Throughout the ride are old military ruins of barracks, forts, fortifications, etc, with the occasional information sign or historic plaque. There were minor skirmishes between Italian and French troops here in June 1940 (WW2). The area was controlled by the Italians soon after the French surrender to the Germans on June 22, 1940 — until the defeat of the Axis in 1945.

The Fréjus tunnel is the oldest of the large tunnels through the Alps. The train tunnel was begun in 1857, opened in 1871. The car/truck tunnel wasn’t opened until 1980.

Starting in Modane, follow signs for Valfréjus. It’s fun from the start with 14 hairpins (all nicely signed) on a paved road arriving at the ski station of Valfréjus (1550 metres).

For road cyclists, you can continue a few kilometres higher to the Fréjus Tunnel Air Shafts – see official link here.

Soon after the village, the route joins the unpaved (or formerly paved!) route continuing higher. Plenty more hairpins until the road nears the tree-line. At the little pump/dam station is a trail head where hikers park. From here follow the Col du Fréjus signs and you can’t get lost.

Above the tree line

Le Pas du Roc, 2323m
Generally, the unpaved road is good quality. It’s occasionally very steep, occasionally slippery (new gravel stretches), but even I managed to cycle the whole thing, with the exception of a short stretch being repaired up high.

There were two other cols on the route – labeled on the map. First, Le Pas du Roc at 2,323 metres: 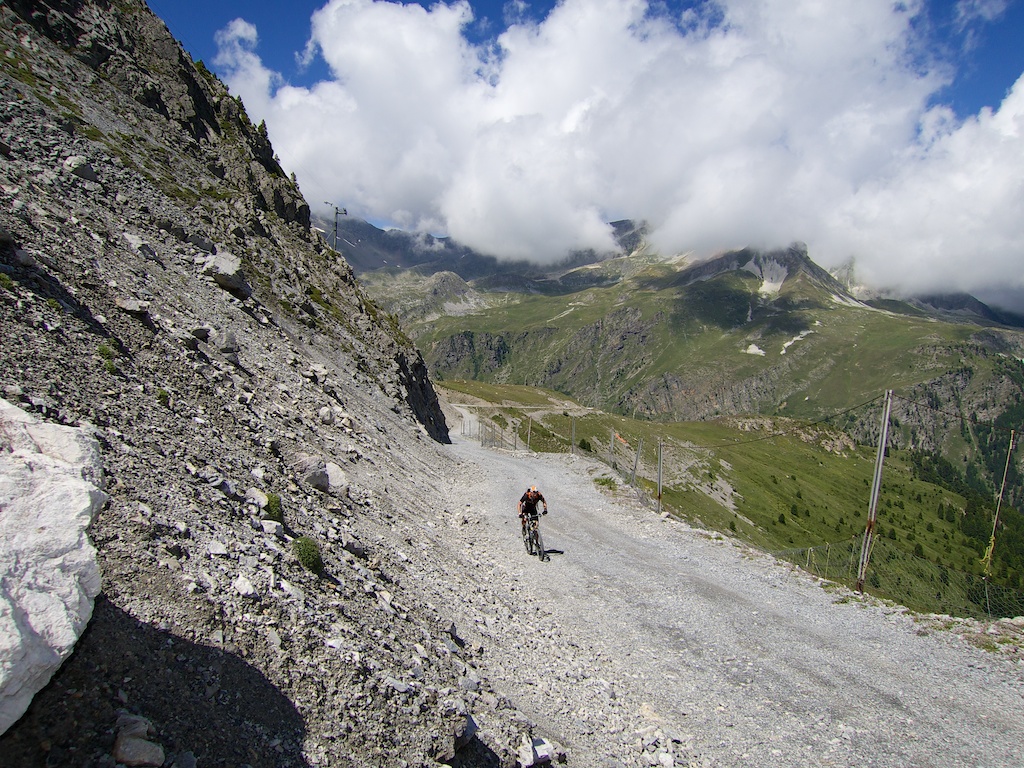 From Le Pas du Roc, it is a difficult but beautiful stretch – passing the highest barracks ruins – to Col du Fréjus. But the easiest part of the entire route is the last couple of hundred metres and I glided into the Col. At 2,541 metres and windy, it was cold, so I quickly put a jacket on, and had a look around. The road ends here. I peeked over the Italian side – and could see Bardonecchia, far below in the distance. But the top stretch of the Italian side is only a very steep hiking trail. The brave could probably carry/walk a bike down (but don’t quote me) — and there is eventually a road.

View down Italian side from Colle del Fréjus

Next, I turned back, and joined a side road up to the final pass of the day: Col d’Arrondaz. It’s not far to the Col at 2502 metres. But it opens up the possibility of looping back down. The initial descent is superb down into the ski-station main area. But then there is a seriously steep, and less interesting stretch below for a couple of kilometres — so steep and slippery I walked much of it. It would be no fun to climb on a bike. 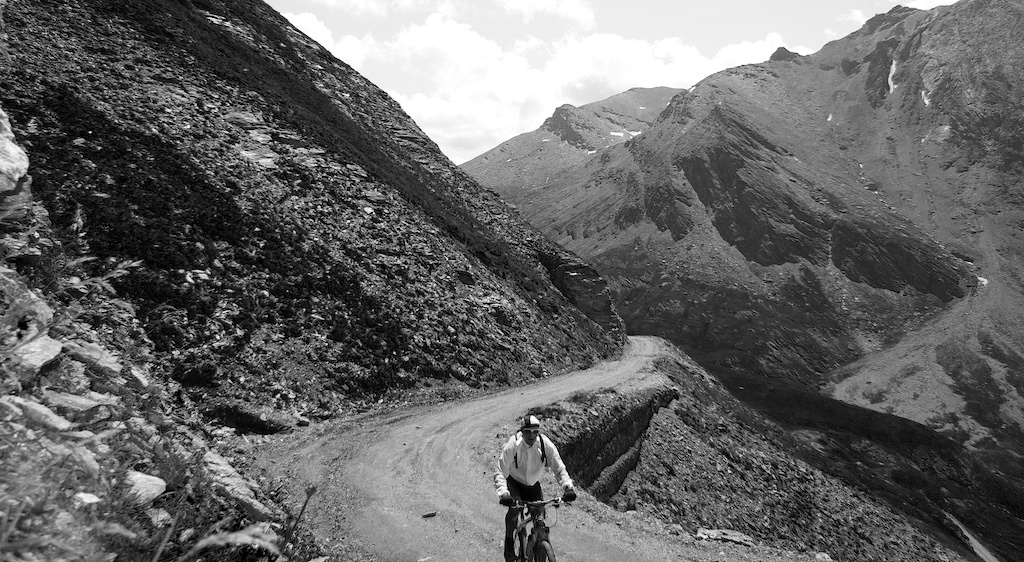