The best weather of the year so far. Doreen and I were in Bourg St- Maurice for the weekend. Our hotels was perhaps 100 metres from the start of Cormet de Roselend.

We climbed together, enjoying the fabulous hairpins half way up. Doreen was strong, and we counted off the kilometre markings at a decent pace.

For details of Cormet de Roselend from Beaufort see here for the direct route and here for the best route via Col du Pré.

This beautiful climb gets better, and better as one gets above the tree line. 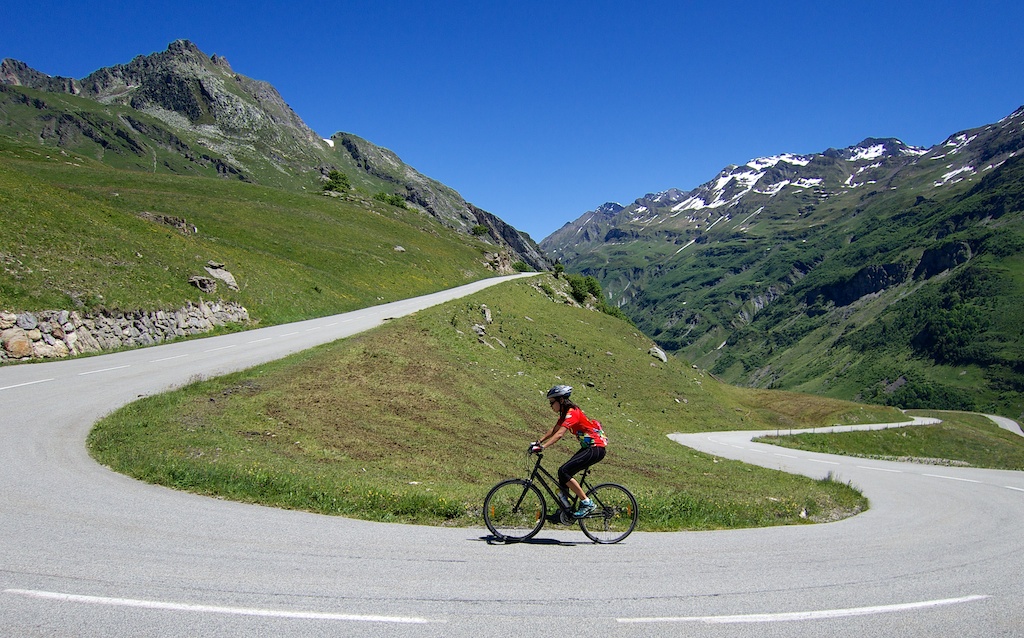 Doreen and a great hairpin

Unfortunately, we ran into a serious head wind for the final kilometres and Doreen bravely struggled on. 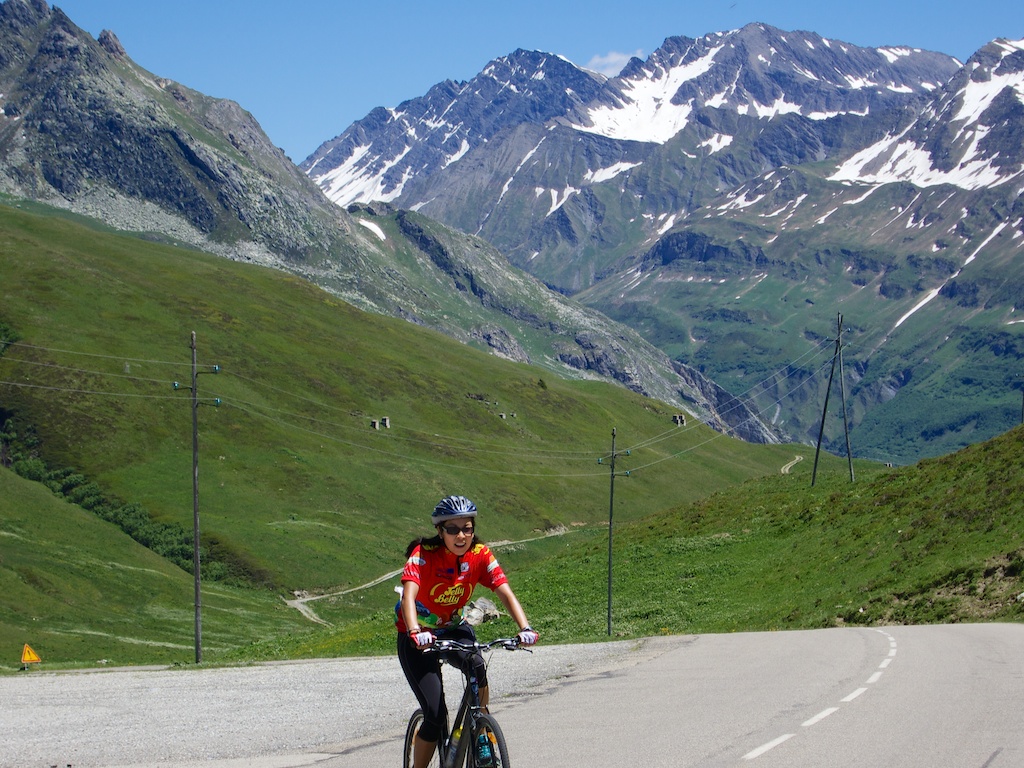 But she made it to the summit. Chapeau!

Doreen headed back down to Bourg-St-Maurice and let me off the leash to explore a little. I descended the far side to see the beautiful Lac de Roselend. Next, I cycled over the dam, and headed up to Col du Pré for one of my favourite photo spots in the Alps. I used a big milk container as a tripod: 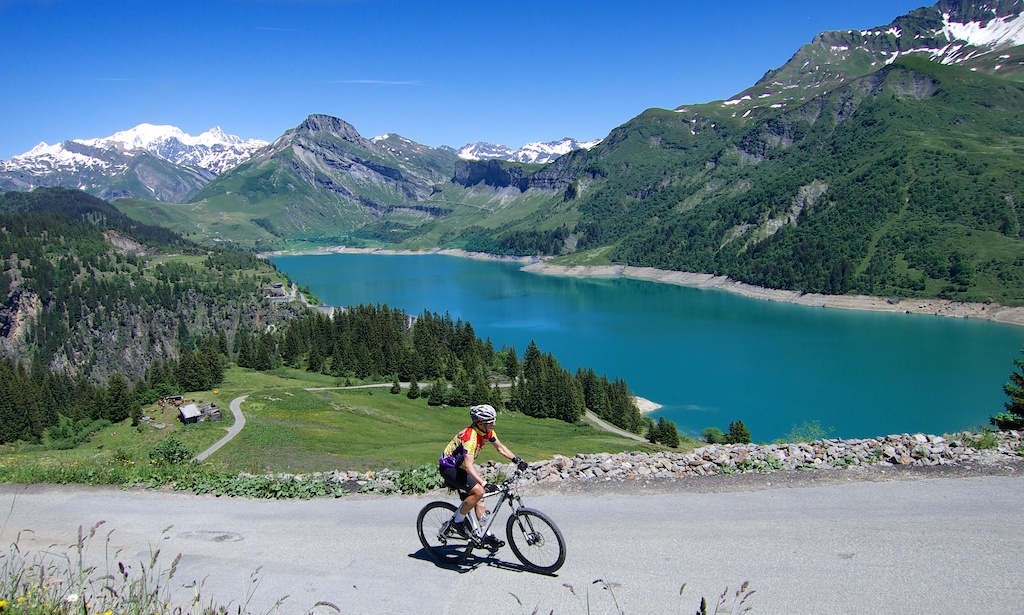 Nice dam. Cycled over it.

Up until Col du Pré the route is 100% paved. But I had brought a mountain bike and just below Col du Pré I took a good quality farm road up to Passage de la Charmette (2058 metres). It’s a really, really, really great road with hairpins and fabulous views of Lac de Roselend. 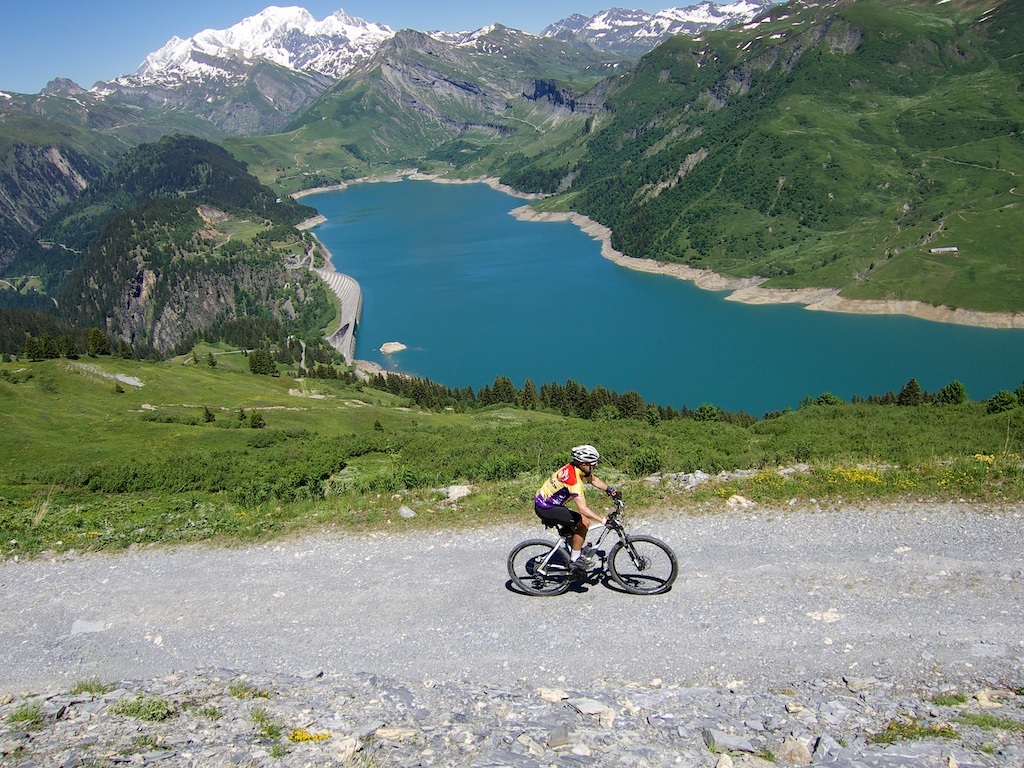 The gravel road ends at Passage de la Charmette. It is definitely possible to descend on a grassy trail down into the next valley near Arèches. But instead I headed higher on the ridge between the two valleys getting as far as the Passage de Miraillet (2161m). 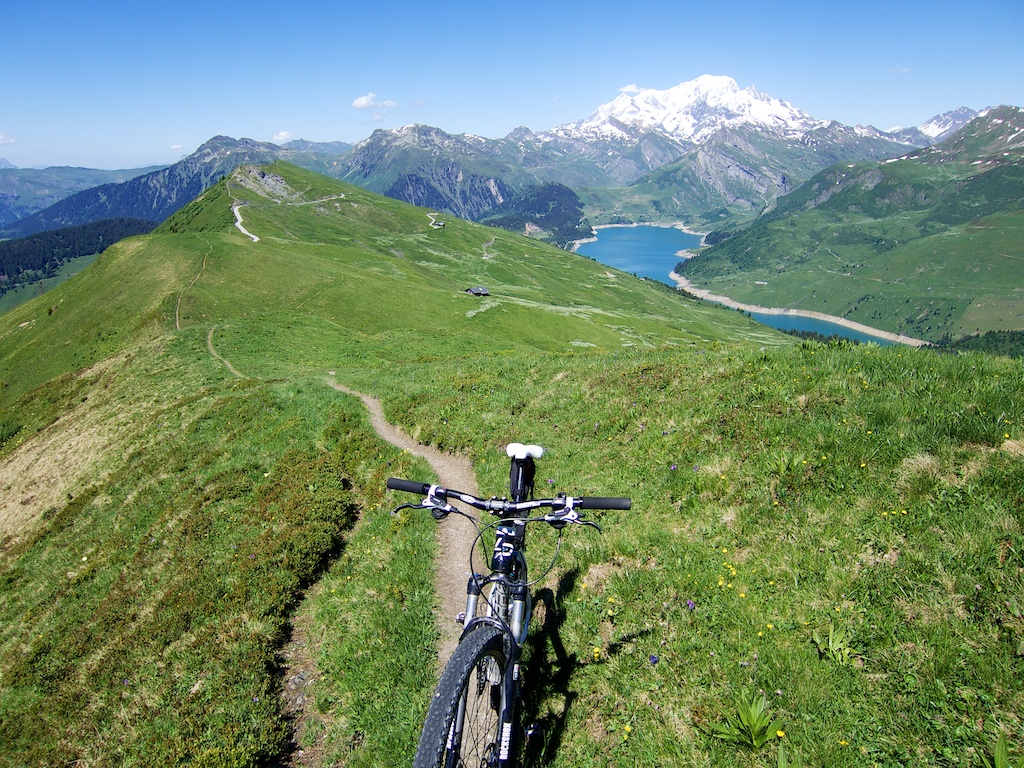 view of Lac de Saint Guérin down other side of ridge 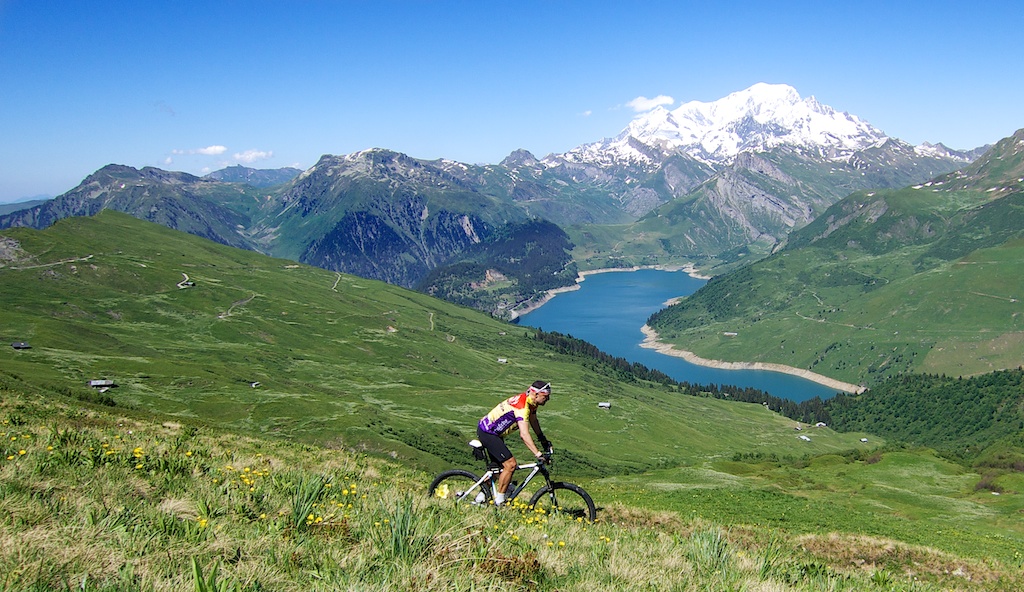 I was probably only a few hundred metres from Col du Couvercle (2295m) that I had cycled the day before from the valley on the other side. But it seemed impossible to link the route as the mountains were getting rugged.

I considered heading into the next valley and trying to make a loop back via Cormet d’Arèches. But frankly the route was so beautiful I was more than happy to double back the entire way – across the dam, beside the lake, back up to Roselend, and down to Bourg-St-Maurice.

I have cycled Cormet de Roselend quite a few times, but this was the first time exploring this amazing route up to Passage de la Charmette. Given the motorcycles enjoying a sunny Saturday on the paved roads, it was such a pleasure to be on this beautiful deserted road.

A stunning route. A few too many motorcycles on the main road was the only thing stopping this being a perfect ride.