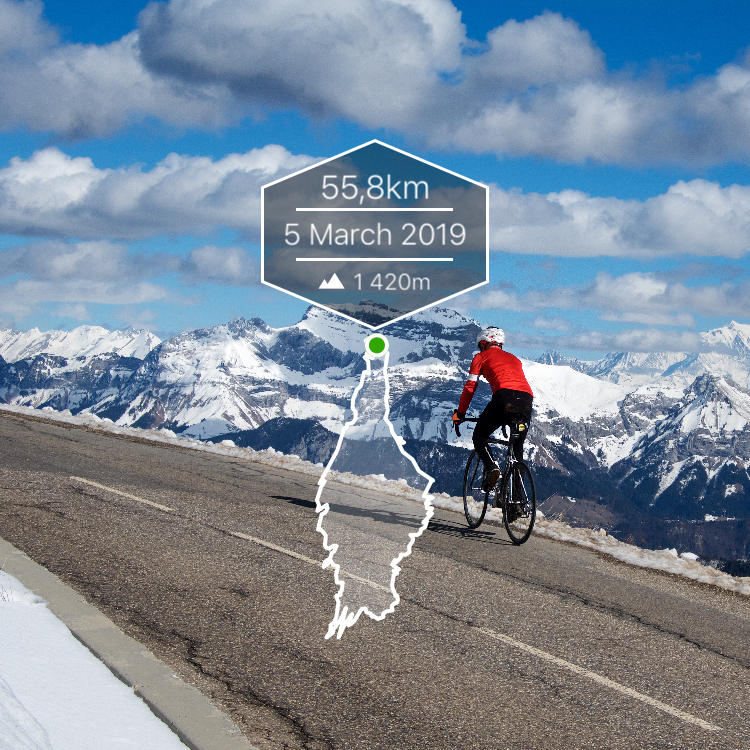 Le Semnoz is the big massif along the north-west side of Lake Annecy. The summit, Crêt de Châtillon (1655 metres), is the highest paved road near Annecy.

It’s another of my late winter favourite climbs. The summit is a small ski station. My route – see map at bottom – climbed the south side via St- Eustache and Col de Leschaux. This is easily my favourite way up. I would descend the shorter, steeper, busier, (more famous but less scenic) direct route to Annecy.

See here for five paved routes up Le Semnoz, plus a mountain bike route to the summit.

I started by riding 10 kilometres along the Annecy bike path beside the lake. I had some fun visiting a few docks with perfect views of La Tournette (2351 metres) the highest peak beside the lake.

At Saint-Jorioz I left the bike path and headed up the quiet road towards St. Eustache. It’s rarely very steep but it’s 26 kilometres to the top. But the entire way is very scenic, and importantly very quiet. 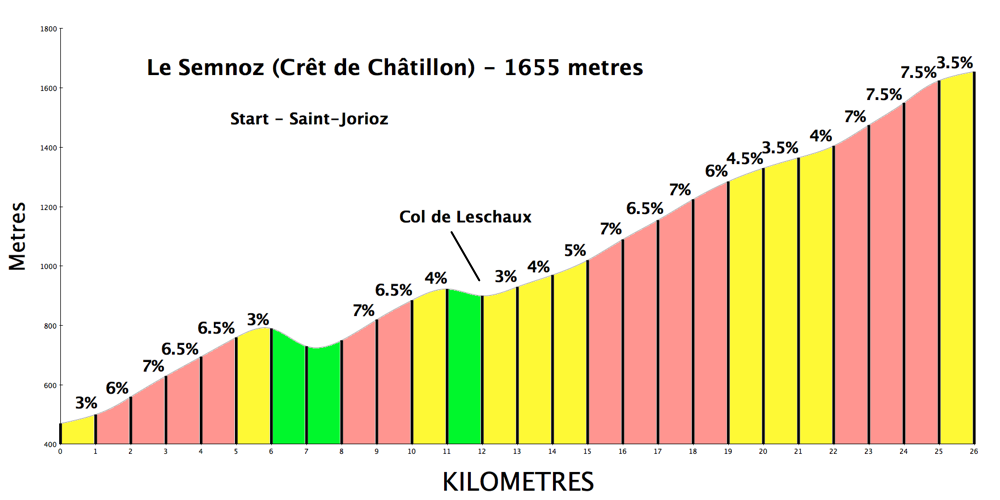 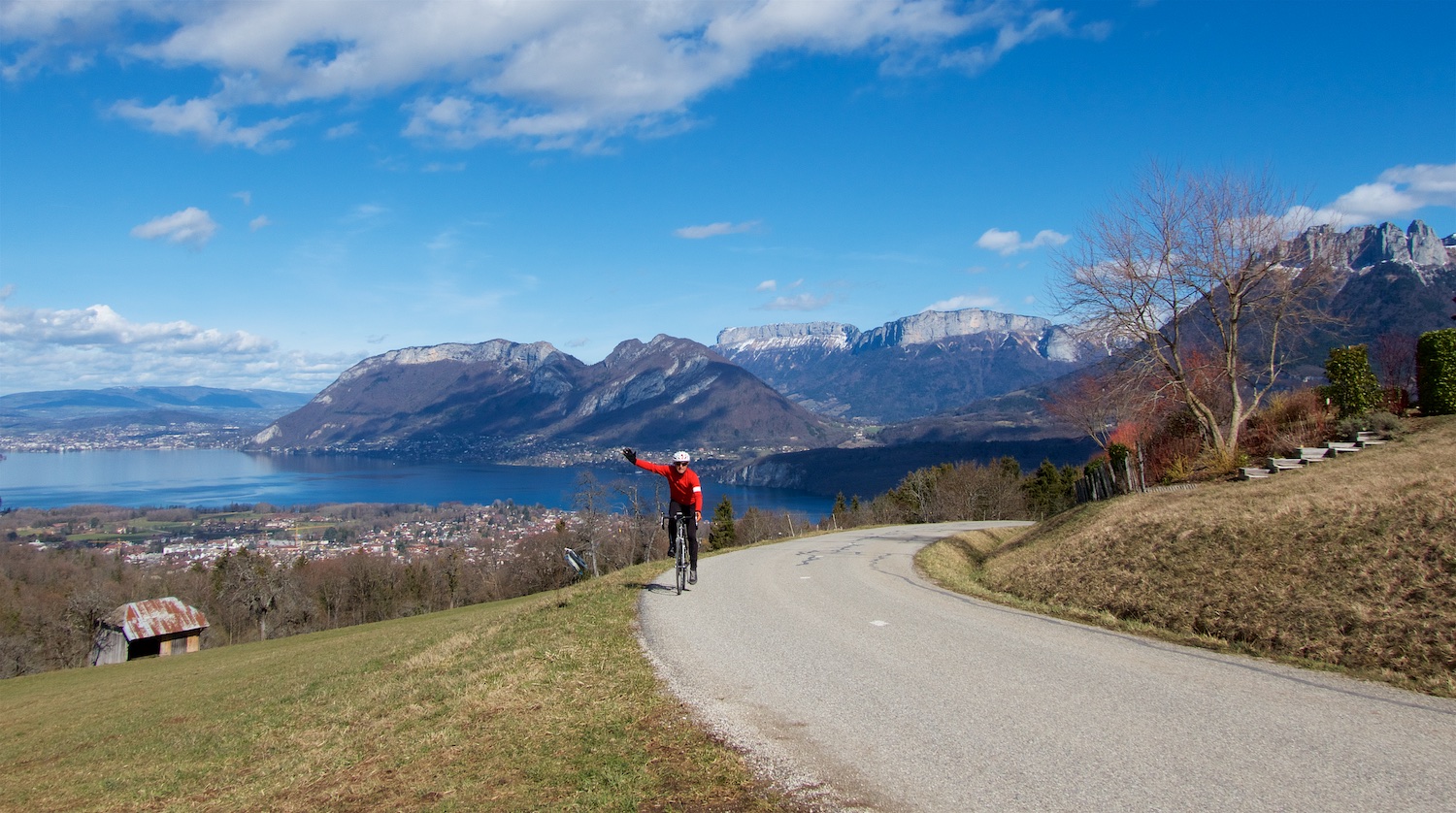 Last year I brought a drone on this loop. Here’s just one photo from that ride on the stretch before St. Eustache. 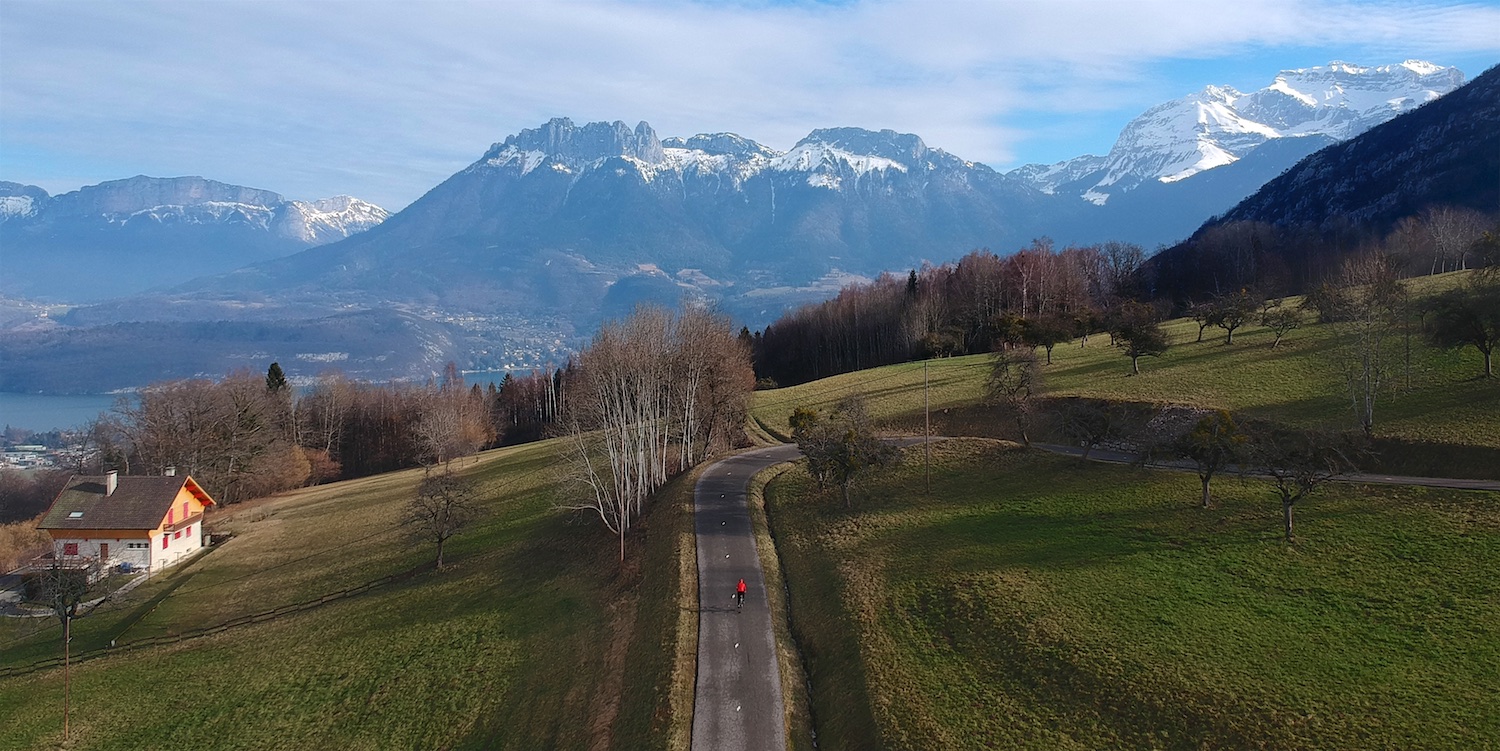 The route crosses Col de Leschaux and then starts climbing Le Semnoz itself. It’s already been a decent climb to Leschaux, but a sign is quick to remind cyclists that there is still 13+ kilometres to the summit. The next stretch is fun with big hairpins, great views, and virtually no traffic.

The top few kilometres are beatiful and despite the recent warm weather the ski station looked fully open. Occasionally in the shade parts of the road would be a touch slushy, but there was no ice. 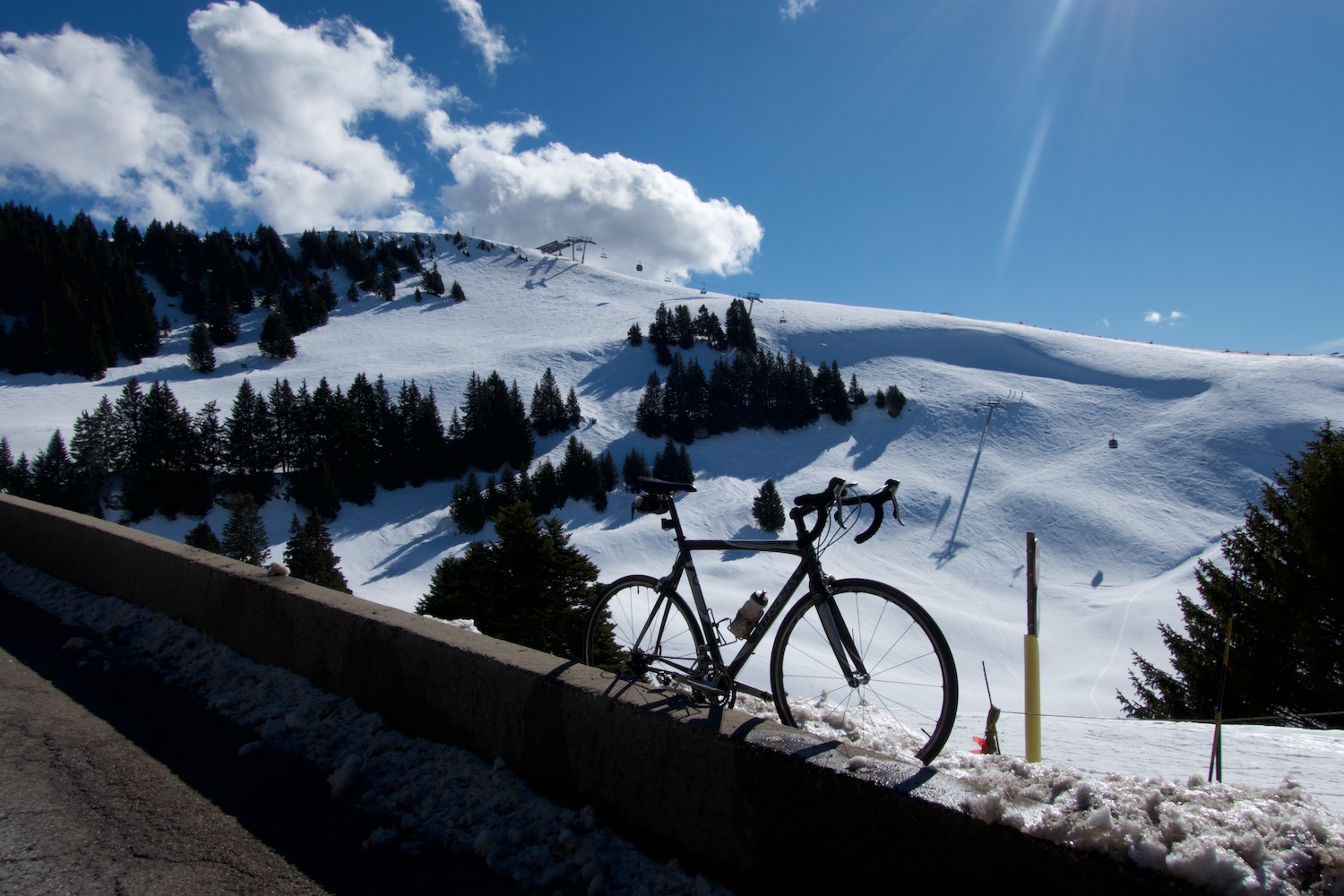 Crêt de Châtillon is featured in my favorite cycling movie: “Le Vélo de Ghislain Lambert.” This Belgian black comedy/farce is about a semi-pro cyclist during the Merckx era that gets a chance to ride in the Tour de France. Ghislain was born the same day as Merckx, but 10 minutes behind him. 😉

The film features all sorts of classic cycling footage including various one day classic routes, the showers at Paris-Roubaix, Col d’Izoard, Mont Ventoux, and – as part of a fictional Tour stage – Crêt de Châtillon at the 2 minute mark of the below video:

Less snowy versions of the below views are all in the film: 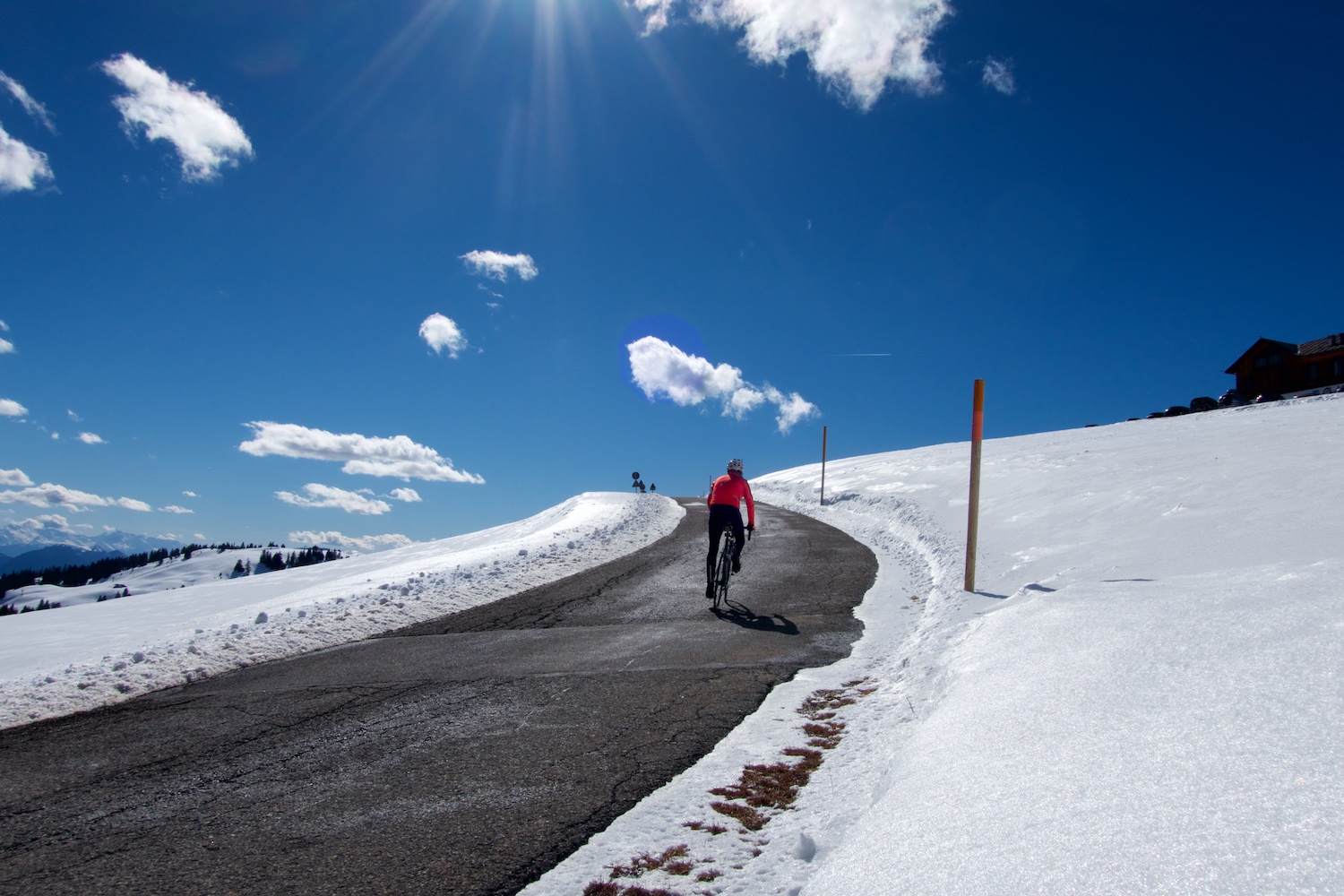 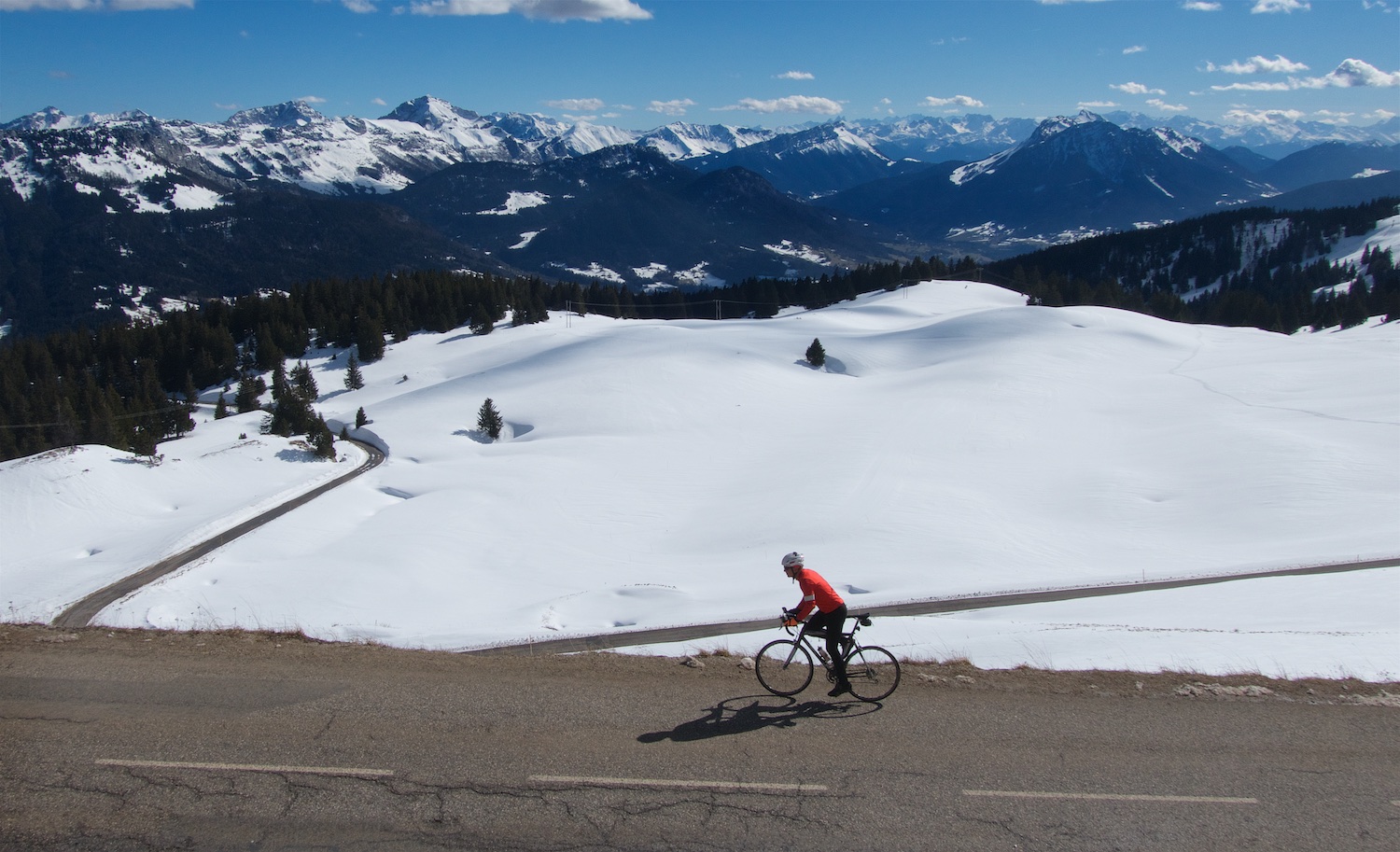 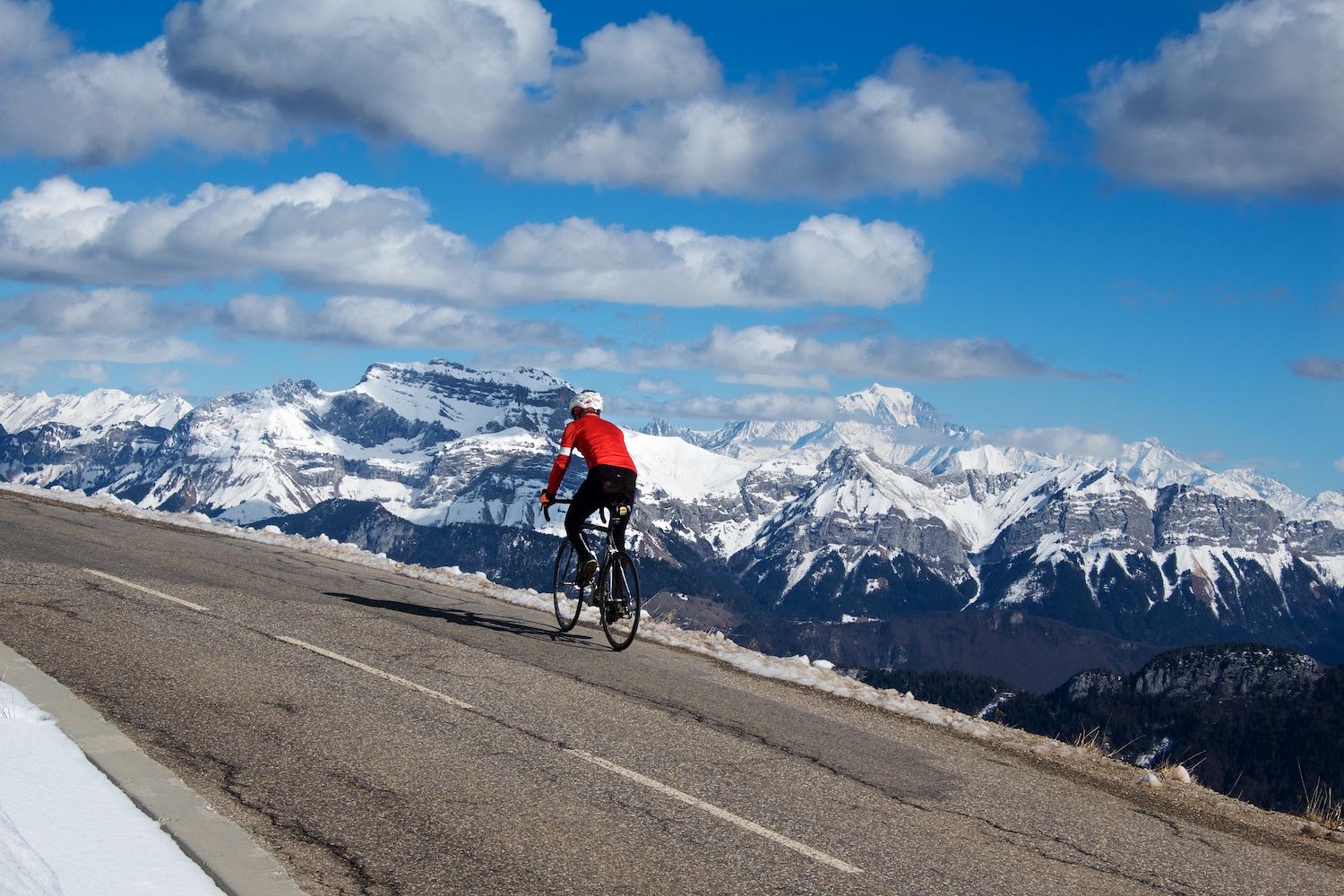 The summit is quite far from the lake but there is a lookout just over the top: 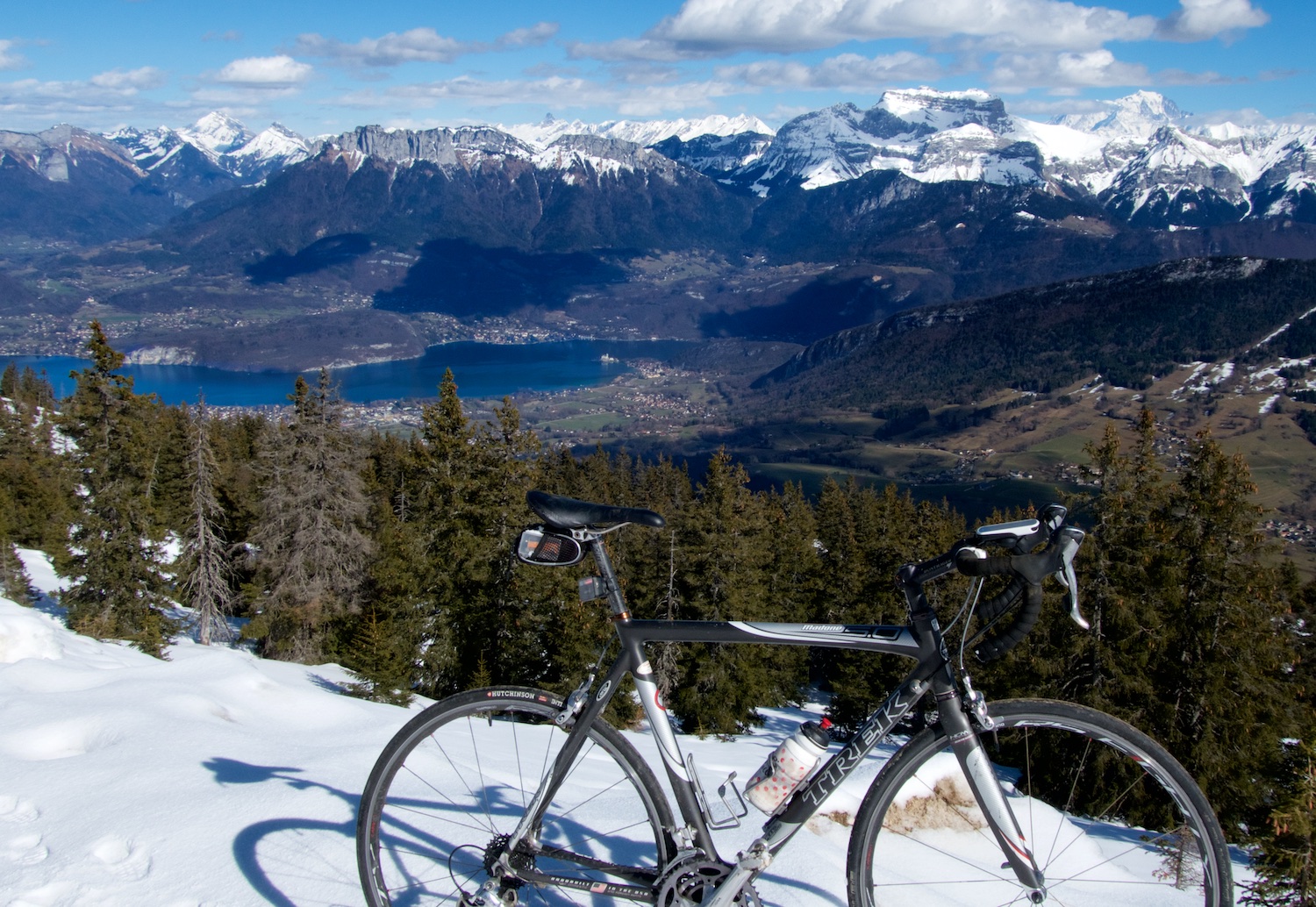 The north side descends directly to Annecy and has far more traffic, although it’s still a quiet and worthwhile climb. I must admit I was cold and slightly under-dressed for the long descent. But again, the route was ice free.

This is a perfect early season “big” climb when there’s plenty of sun and winter’s on its last legs. 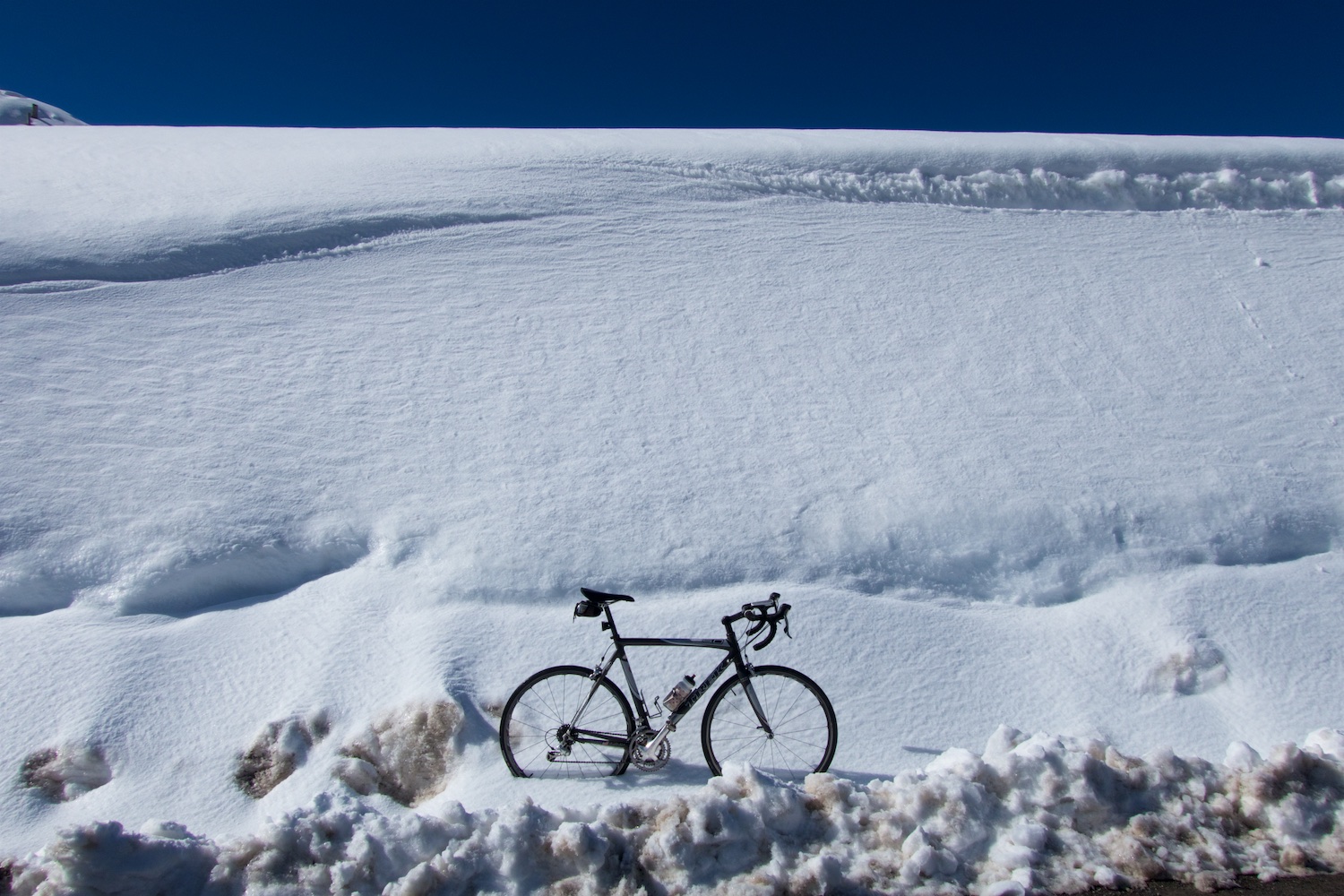