Alps View on the Way

Cat on a Bike

The Po River at Night 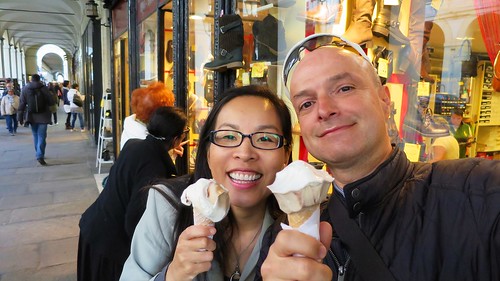