Trending
You are at:Home»Alps»Austria»Kühtai Sattel and above to Speicher Finstertal

Nothing ventured, nothing gained. A fun ride made special with a little route extension and a small snow hike.

The road is immediately steep starting from Oetz. It’s a pleasant climb with trucks forbidden, but occasionally steep, with one ramp reaching 16%. 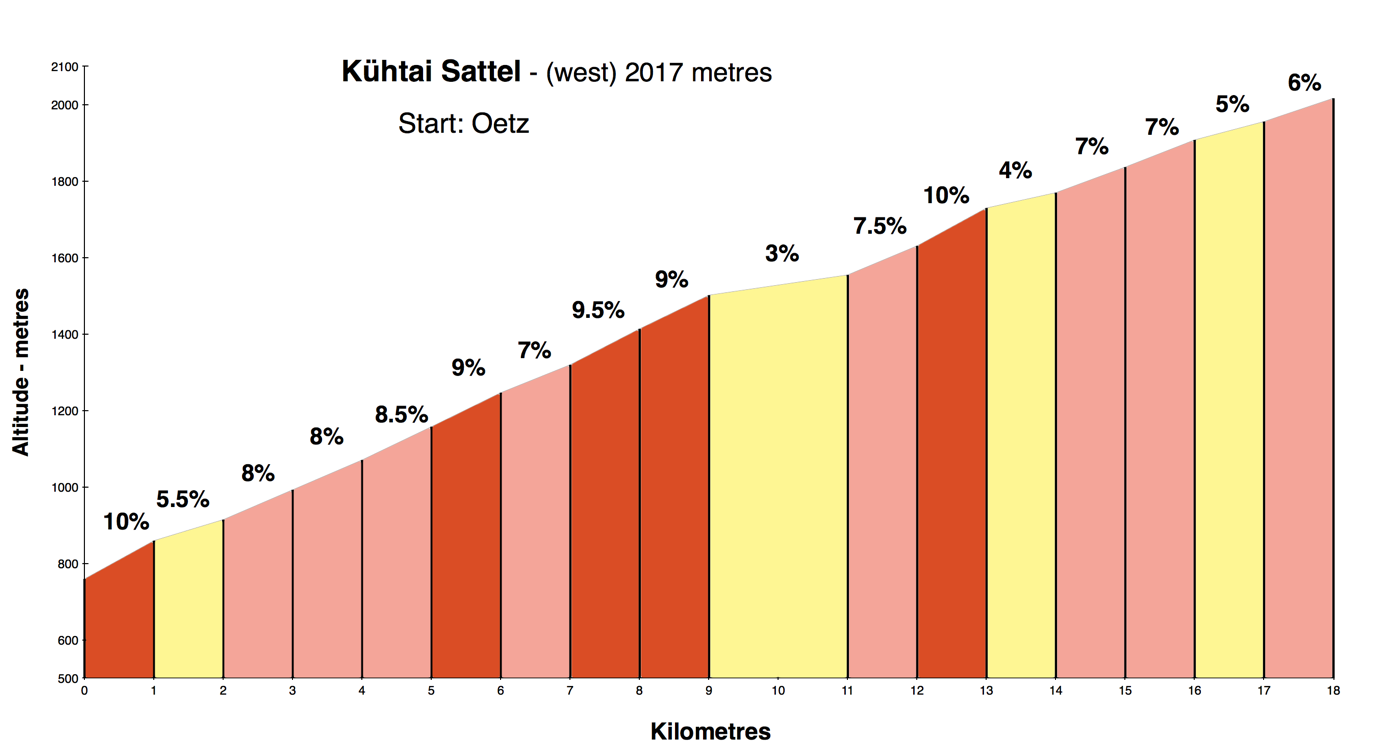 A couple of good hairpin sections: 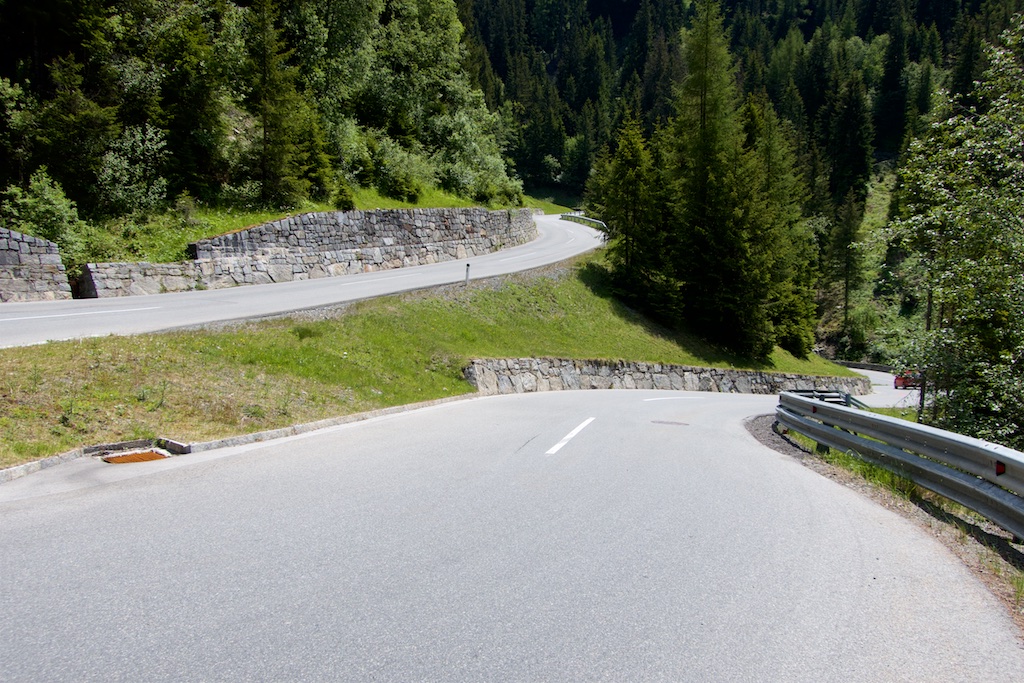 Nearing the top is a small dam/lake Speicher Längertal. Note, I would ride around this lake on way down …. but the far side is gravel.

Speicher could be translated as reservoir 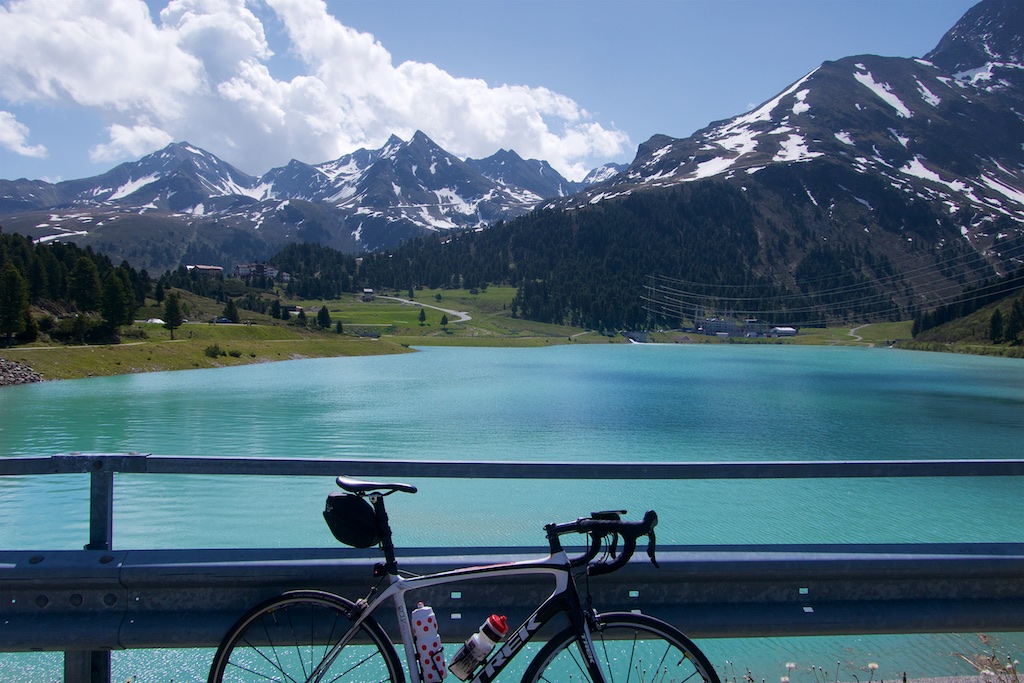 The east side of the Kühtai Sattel is also supposed to be interesting. I just didn’t have the legs. And along the climb a friend highly recommends the road to Lüsens, I’ve marked it on the map below, scroll well right.

But now the real fun began. I knew there was a tiny side road up to a higher dam/lake called Speicher Finstertal (or Finstertal Stausee). I had been told it was closed, and could see some snow but thought I’d have a go.

It’s a beautiful little extension, and initially, there was absolutely no snow as I headed up to the dam. 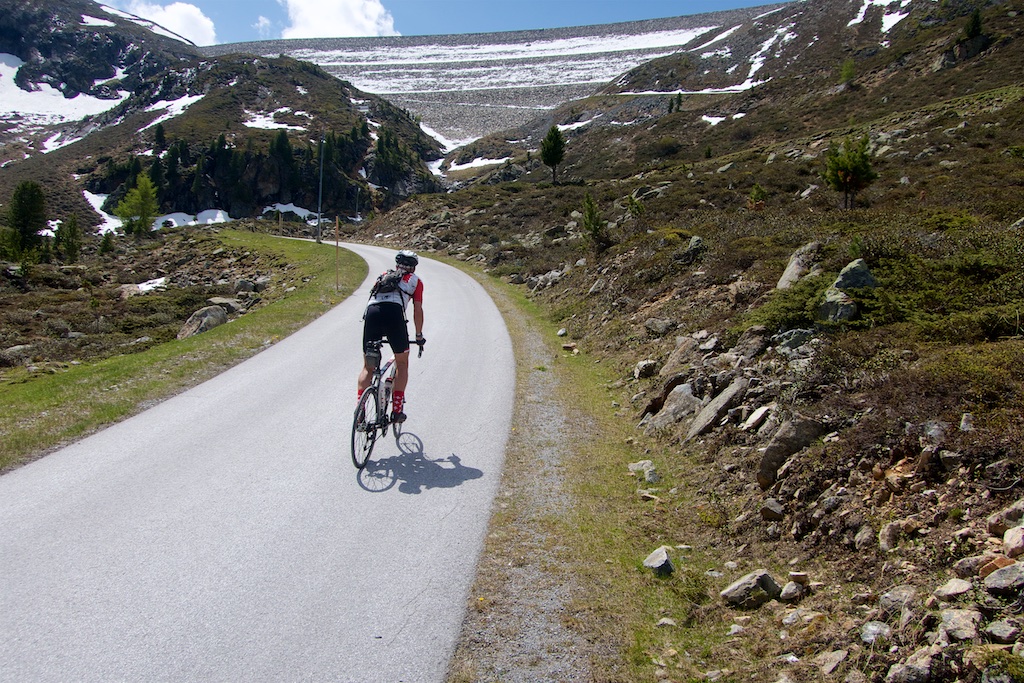 But it’s north facing and the shade of the dam meant there was snow up close.

trying to get to the Dam at Speicher Finstertal

When the road disappeared I hiked. Easy enough. The road is paved and actually goes through the tunnel below! But the hiking trail was clear so I just walked above the tunnel. 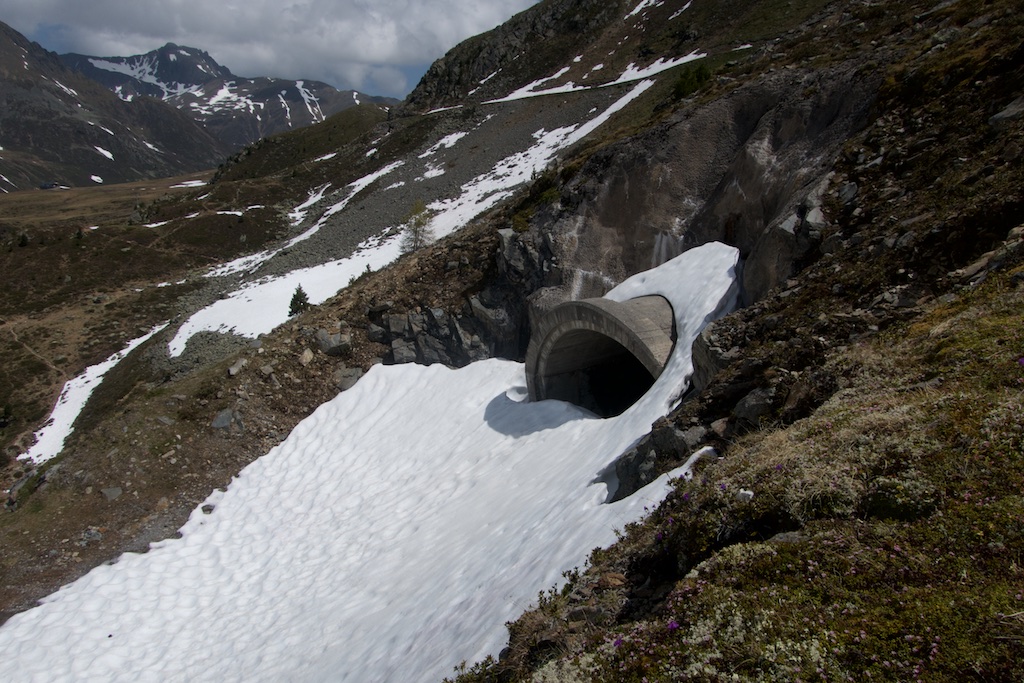 I am not going through that tunnel!

Today was a good answer to why I wear mountain bike cleats and pedals on my road bike: they are easy to hike in. Also, the way I scramble around sometimes taking photos, they are safer. 🙂 I’ve been having a great trip in Austria, but the happiest, most satisfied I have felt was reaching the dam. So beautiful. Worth a little extra effort. 2335 metres. 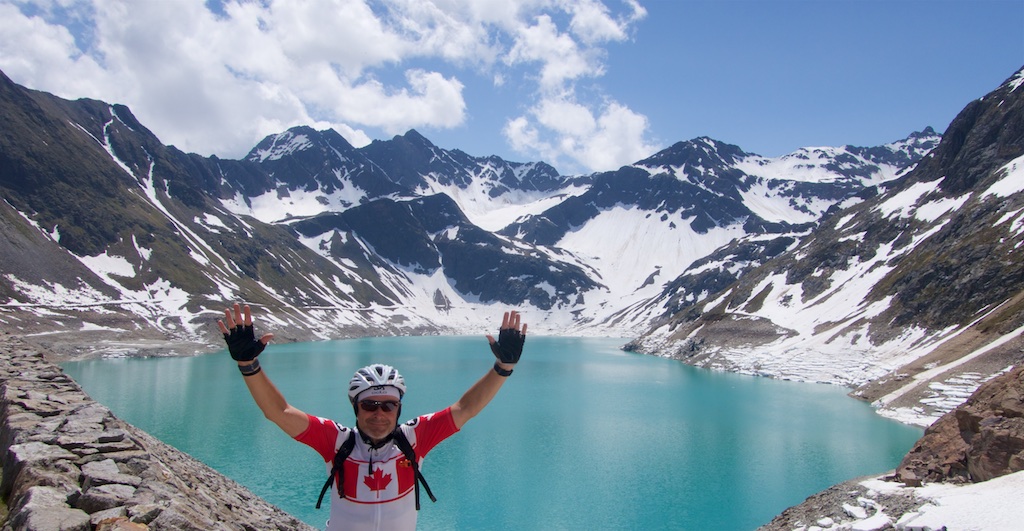 Hiked last kilometre due to snow. Worth the effort. 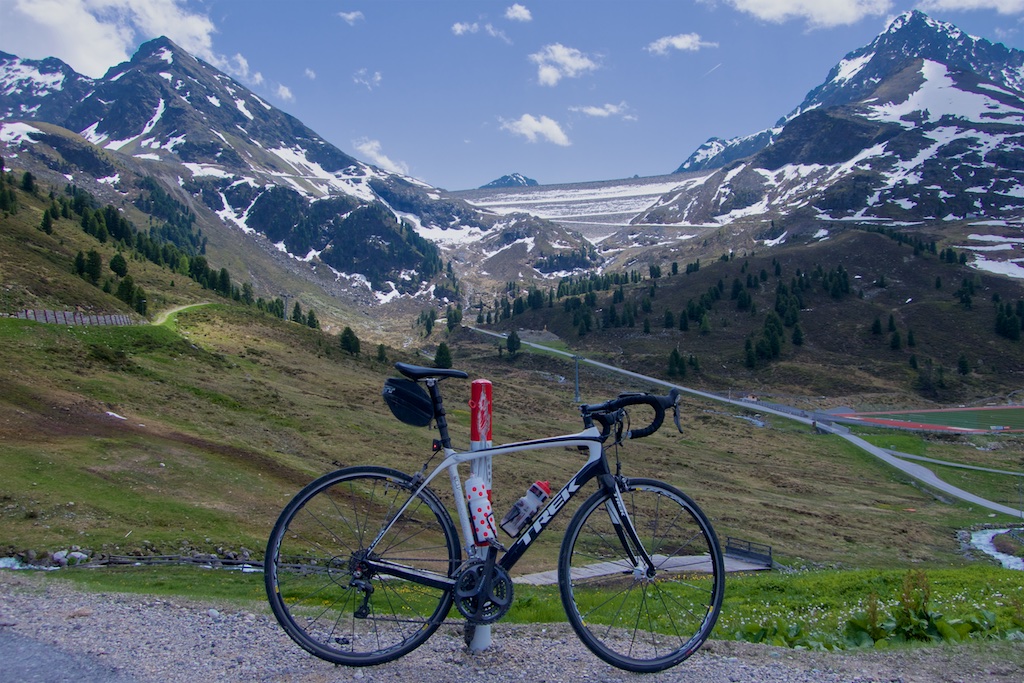 View of Dam from Kühtai

After the snow adventure, I didn’t have the legs to go down the far side of Kühtai.
Instead I decided to take it easy. Cycling in Austria can be very relaxing: 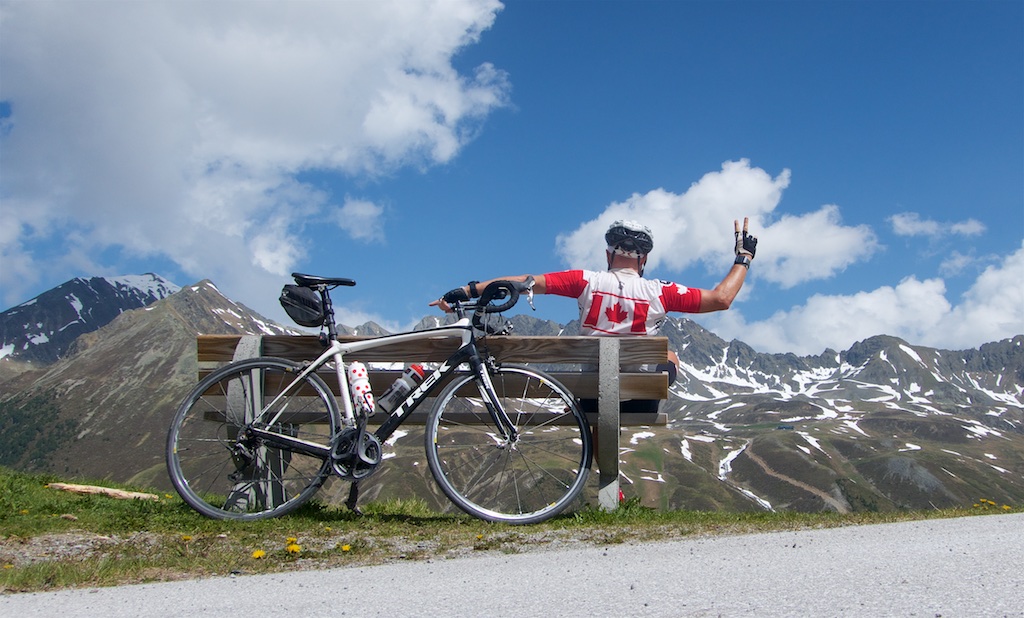