At the base of Col de la Colombière, the quaint Haute Savoie village of Le Grand Bornand will host a Tour de France stage for the 5th time in 2009 (a huge mountain day – stage 17 – details).

In 2004, Lance Armstrong beat Andreas Kloden by a whisker to win a thrilling mountain stage here.

Annually, Le Grand Bornand also hosts La Grand Bo cyclosportive (Martin and I participated in 2008 – see here). The 2009 edition will be the 27th of June.

And it’s a nice little ski resort. Today, we did some serious off-season training.

Below: I am meditating about cycling. 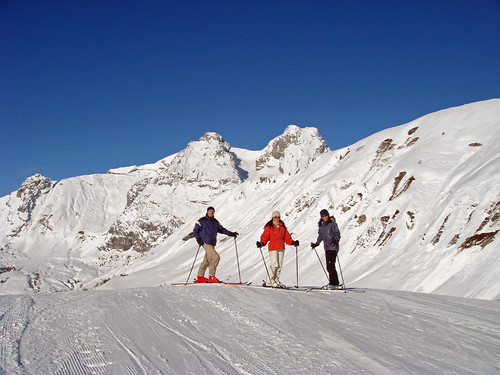 Doreen finds some soft snow to crash into: 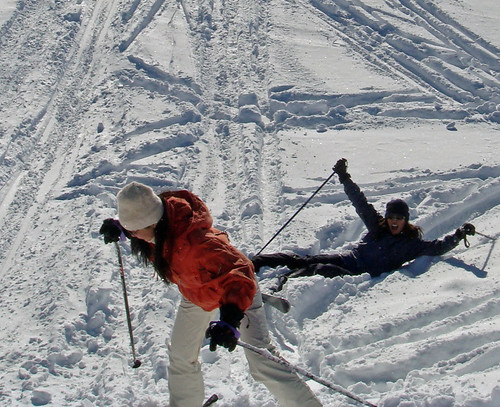